Writer-director Ari Aster’s previous film Hereditary, also on this list, there’s a palpable sense of overwhelming grief and the delicate threads of family reputably fraying at the center of Midsommar, a gorgeously depicted and frequently gruesome folk horror freakout. Fans of slow-burn mental anguish and arthouse aversion will find much to admire and dismay about in this lavishly detailed Swedish-set travelogue of terror.

While shades of Ken Russell’s The Devils (1971) and Robin Hardy’s The Wicker Man seem to be obvious influences, Aster’s eye for detail (Henrik Svensson’s intricate production design and Pawel Pogorzelski’s expert lensing are sensational), his deliberate pacing, and his operatic story structure, amounts to one hell of a hallucinatory headtrip. And the director’s cut, offering up nearly 30 minutes of new and extended material, is a must for genre junkies. 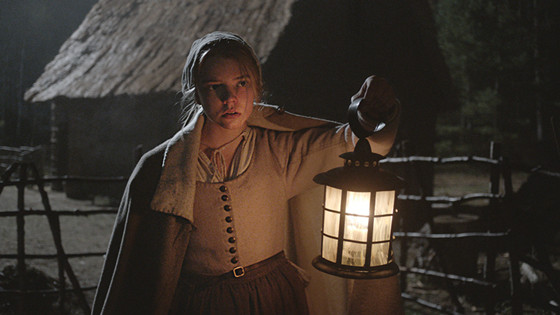 With perfect period detail (including the character’s archaic spoken vernacular) and unsettling slow-burning aplomb, writer/director Robert Eggers’ directorial debut The Witch is in the chilling tradition of William Friedkin’s The Exorcist (1973) as fearsome religiosity mingles with stiff-necked puritanical fear.

When Thomasin’s baby brother goes missing the family fears he may have been abducted by a witch and then before you know it the family goat, Black Phillip, is apparently speaking some fucked up shit to Thomasin’s creepy younger twin siblings.

As the slow-burning yarn skillfully unspools, the viewer is utterly immersed in a repressive, claustrophobic, and deeply chilling tale. The production design adds great depth to the story, as do the strong performances, effective and authentic Jacobean dialect, the supremely unsettling sequences with witchcraft –– and the monotheistic Christian beliefs of Thomasin’s clan aren’t any cheerier –– making for a genre experience that really is quite unique.

With ample frights instigated by a repressive society, a fear of feminine principles, misused power, and a climax that’s both devastating and shocking, The Witch will rattle you for a good long time.

Oskar (Kåre Hedebrant) and Eli (Lina Leandersson) are both luminous as two lost and lonely kids — one a vampire, one a weirdo, both outcasts — who, for a time, need one another, and need to make sense of the world. Austerely elegant visuals, inventive and endearing re-imaginings of familiar vampire tropes, and pensive yet persuasive symbolism and spectacle, this is modern horror done to perfection. It’s lackadaisical pacing works like a charm in creating a world for the viewer to get utterly engrossed in, ensuring that Let the Right One In is felt in the gut as it strangely and profoundly stirs the heart.

An unsettling and artfully transgressive tribute to the classic giallo, Luca Guadagnino’s Suspiria (inspired, as everyone knows, by Dario Argento’s 1977 showpiece) isn’t the colorful homage many expected. Sure, it’s a metafictional elucidation of sorts, and there are flashes here and there of Argento’s transfixing original, but in the hands of I Am Love (2009) and Call Me By Your Name (2017) director Guadagnino, the fractured, lacerated and luridly suggestive imagery –– including the ecstatic and delirious use of dance –– gets into your capitulum in ways Argento never envisaged. This is an altogether different beast, but at the same time it extraordinarily compliments the original.

Guadagnino and screenwriter David Kajganich are faithful to the wider narrative that Argento developed in the Three Mothers Trilogy (Suspiria, Inferno [1980] and The Mother of Tears [2007]), and also explore not just art house modes of frightening aesthetic but also body horror and a gracefully slow-burning overture.

Drubbed by Gothic downpours, the academy is quick to embrace Susie, who is quickly placed as the new lead dancer after lead choreographer Madame Blanc (Tilda Swinton) takes a shine to her. But for what sinister purpose? And why did the now missing student Patricia Hingle (Chloë Grace Moretz) cryptically divulge to her psychotherapist, Josef Klemperer (Swinton, again), her bent belief that the school is run by a coven of witches? 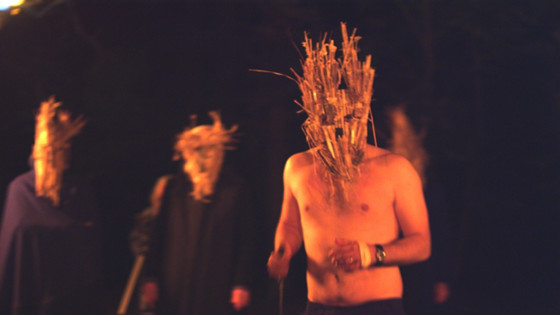 Of all the movies that British filmmaker Ben Wheatley (A Field in England [2013], High-Rise [2015]) has made it must be said that 2011’s Kill List is the most flat out upsetting, and the most enervating, as it gradually morphs into an all out horror pageant right before the viewer’s disbelieving eyes.

A relentless and tense thriller that subverts expectations, Kill List benefits from a deliberate slow burn start, establishing a mood and a tone that eventually and rewardingly drums tension and builds anxiety to the ultimate mad rush.

Few full-throttle thrillers this century have been as atmospheric, effective, and artfully crafted as Kill List. Miss this film at your peril, but don’t you dare see it alone.