“Deadpool 2” is a bit of a mess; it tries to be more shocking and edgy than the first one, but weirdly ends up regurgitating old clichés and formulas used in so many sequels that it begins to feel more like a teenage edgelord’s version of what constitutes shocking and original.

But it’s also so messily structured and unfocused that it becomes glaringly obvious that everyone involved was having such a blast making it that they never stopped to think about how it was all going to fit together.

The story feels more like a collection of individually developed sub-plots that were thrown together without much thought to create a bunch of unconnected vignettes that add up to nothing much.

It’s one-part an underdeveloped character drama that’s basically just a vastly inferior version of that Uncle Ben side-stuff in “Spider-Man 2,” and thinks it’s being deep or complex when in reality it’s just meanderingly treading water already covered to the brim by better films. It tries to ground its sprawling mess of a narrative by having a spiritual, metaphorical character arc about love, grief, and overcoming abuse, and it just doesn’t work because it also wants to be this big, hilarious, silly action extravaganza of blood-soaked gratuitous excess.

It’s filled with so many scenes and sequences that go pretty much nowhere and add nothing to the overall story that it’s weird that they were even included in the final cut, of which there are three: the Theatrical Cut, the Super Duper Cut and “Once Upon a Deadpool,” and not a single one of them comes close to being as good or hilarious as the first one. That’s all because the film is so overstuffed and unfocused that it tries to do pretty much everything at once, and ends up creating a big mess of underdeveloped nothing that ends up circling back around and erasing its own existence by the end of the end credits.

The first Deadpool film they created was pretty much the perfect version of itself, and closed everything so perfectly that it was always going to be hard to continue this story. And it shows, because what they ended up creating was probably the biggest troll fest ever released in cinemas. It’s possible that all of these flaws were intentional, and that they were deliberately trying to annoy the hell out of the audience by creating the biggest, most excessive, gratuitous, empty, pretentious, meandering, episodic, superhero epic ever, and by the end, erase its own existence as a final “fuck you” to the audience and a final nail in the coffin of its own nothing of a story.

But the thing that held it afloat for most people is the humour, the action, and the directing, which is flashier here than in the first one, and those are all good qualities this film has. It’s pretty hilarious on the first viewing, but unlike its predecessor, it doesn’t really hold up that well on repeated viewings and the jokes begin to feel awfully tired and played out by the end of the second viewing.

The action is good, but it lacks all intensity because the film has created such a detached tone that we don’t really care about anyone involved, and know that the film doesn’t actually have the balls to kill anyone that isn’t either a villain (and not even then) or some pointless side character that is only there to die for no reason whatsoever.

And even though the directing and camerawork may be more dynamic and lively than the workman-like efficiency of the first film, it’s obvious that even though David Leitch may arguably be a better director than Tim Miller, he completely lost control of the film and got lost in its excess.

And even though the final product, all three of them, are undeniably interesting, they just don’t work at all, and don’t deserve anything near its 7.8 score.

“A Star is Born” is a pretty good film. It’s well directed, Bradley Cooper and Lady Gaga have good chemistry, and it’s actually kind of wonderful to fall in love (over the size of Gaga’s magnificent nose). And it’s sad to see Cooper’s Jackson Maine downfall into alcoholism, but it all just feels weirdly superficial and shallow.

This film is another case of an underdeveloped story ultimately dragging down the rest of the film, because we never fully get to know Jackson and Ally beyond their surface-level traits. Their relationship feels more like a rushed travelogue of ups and downs viewed with nostalgic reverence that feels really misplaced, and makes it really hard to get emotionally invested in what is happening on screen.

It’s a film where a bunch of talented people came together and gave their all to a script that was sadly still a few more drafts away from actually working, and it pretty much sinks the whole film because no matter how wonderful or sad or well acted or well filmed it is, it just ultimately feels like a big sugary fluff of nothing.

This is probably the only film on this list that comes close to being worthy of its score, and with a better developed screenplay it most likely would be, but as it stands, this fourth version of “A Star is Born” is nothing more than a sweet but shallow 6.9.

How “Bohemian Rhapsody” has an 8.1 score is just baffling. It’s such a generic and lifeless film that’s also weirdly homophobic in its portrayal of Freddie’s bisexuality, and it’s frankly quietly disturbing that such a problematic film could be this popular in 2018.

The film is in no way terrible; the camerawork is competent and the acting is good, but it’s just so uninspired and lifeless that it feels completely out of tune with the great man it’s presenting. The fact that the surviving band members were a big part of this film’s creation makes it even more baffling and feels downright disrespectful toward their late friend and co-worker.

If this was heroin addiction or alcoholism then it might have worked, but treating Freddie’s bisexuality the same way that “Ray” (2004) treated heroin addiction is just plain wrong, and the fact that this film was the sixth highest grossing film of last year, has four Oscars, and a score on 8.1 on a site as well regarded by film fans as IMDb is just disgraceful to the legacy the film is walking all over.

“Green Book” as a film is alright; it’s competently directed, the acting is pretty damn good, and it’s perfectly watchable feel-good fluff. But the thing that brings it down is the fact that it’s dealing with such complex issues that it’s totally unequipped to handle.

It tries to take on racism head on, both personal and institutional, but only ends up making a fool of itself by indulging in racist jokes and stereotypes while coming up with the brave and original message that “racism is pretty bad, and maybe it would be better if we could possibly stop being racist.”

It takes a highly complex and delicate issue and serves it up in such a simplistic, misguided, feel-good comfort food kind of way that you end up feeling really uncomfortable and guilty to be enjoying it.

It’s kind of like a more enjoyable version of “Bohemian Rhapsody” in that it’s in no way a great movie and the fact that it won an Oscar for Best Picture was a huge mistake. It actually kind of feels like it’s all a huge joke to troll Spike Lee, because he has now been nominated for Best Picture twice and both times he lost to a feel-good road-trip film about racism.

How it’s gotten a score of 8.3 is also pretty incredible, because even when you take out all of the highly misguided racism stuff, then you still sit up with a barely okay time-waster that you will have forgotten a few weeks after seeing it. 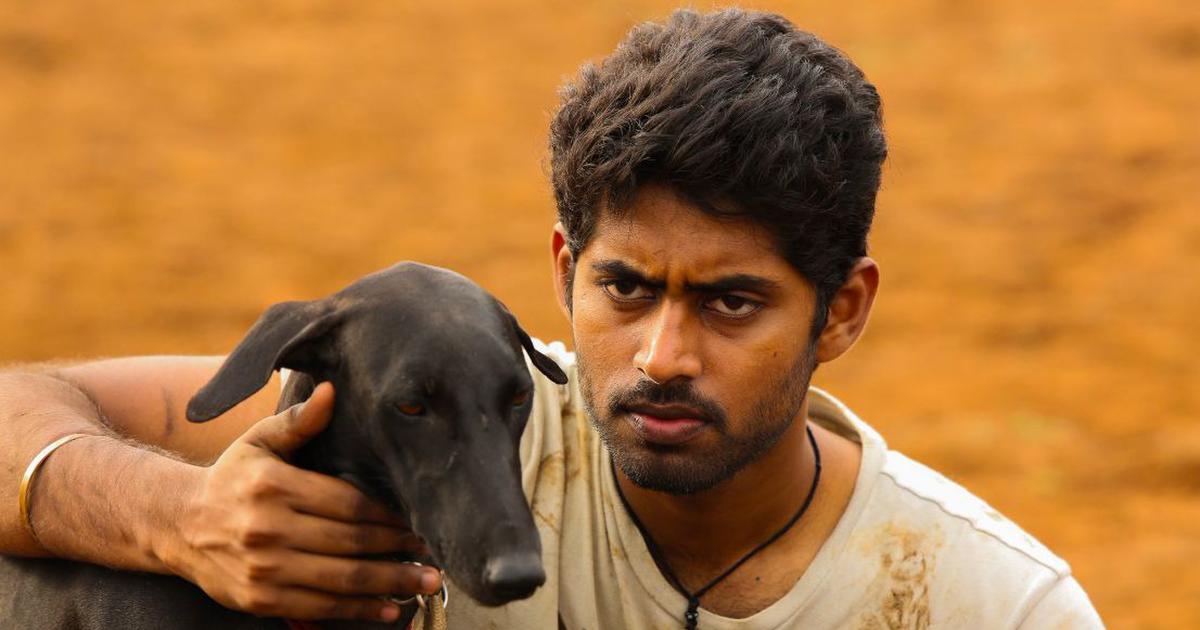 “Pariyerum Perumal” is a pretty damn good film, probably the best film on this list. It’s heartfelt and charming, but it’s a bit too all over the place (both visually and tonally), a bit too long, and some scenes are a bit too heavy-handed and overly melodramatic. Overall, though, the film pretty much works wonderfully well, but the reason why it’s at the top of this list is the frankly absurd score of 9.0.

It’s such a ridiculously high score that the film just frankly doesn’t come anywhere close to deserving, no matter how good it is.

If we were to take that score on face value, then IMDb is telling us that “Pariyerum Perumal” is better than:

Which is just insane, because no matter how good “Pariyerum Perumal” is, it’s in no way, shape or form as good or better than 90 percent of the films listed above, and even though it easily deserves a higher score than all the other films included on this list, a 9.0 is just ridiculous.