Based on the autobiography of mountaineer Aron Ralston, “127 Hours” is directed by Danny Boyle (“Trainspotting”, “Slumdog Millionaire”) and stars James Franco as Ralston, who in April 2003, while he was climbing the narrow Bluejohn Canyon alone, got trapped under a boulder for 127 hours and had to cut his own forearm off in order to escape.

Directed in Danny Boyle’s characteristic quick paced style, “127 Hours” is an intense, hard to watch film which is as much a thriller as it is an inspirational movie about the determination and perseverance of a man who is about to face his own death. 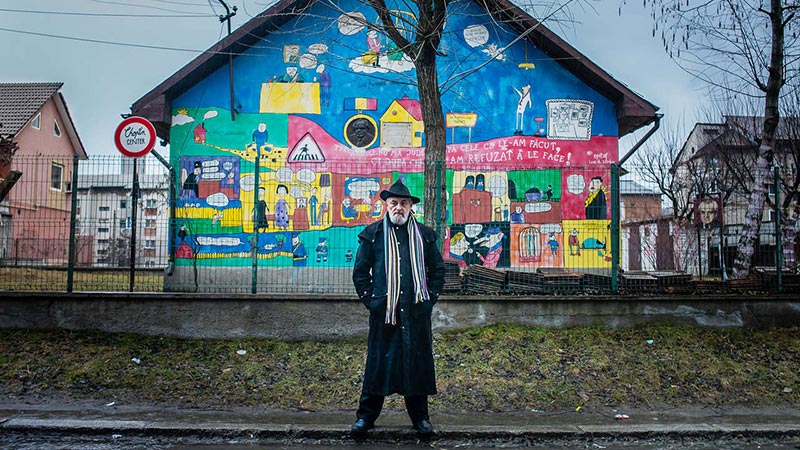 This virtually unknown Romanian documentary film details the aftermath of the closing of a coal mine in the small Transylvanian town of Petrila, a town which once was the country’s main mining center.

The film’s protagonist is a most-inspiring man: Ion Barbu, an ex-miner artist and activist who fights the system with his art. His belief is that Petrila’s only chance is fighting through culture, so along with his friends, paints colourful messages on the abandoned buildings’ walls and organizes numerous events and peaceful protests, all in the hope that he will stop the local authorities from demolishing the mine’s historic buildings and transform them into cultural centers, therefore keeping his hometown’s identity alive.

Just like his previous film “Constantin and Elena”, a warm-hearted documentary about an elderly couple living a simple life, “Planet Petrila” is a film with a powerful message on the importance of tradition. However, while the former film’s attention was on the rural life and the “last exponents” of Romanian tradition, this film shows the way tradition can survive in the years to come and the impact one man with a vision can have on his community and its cultural heritage.

Directed by Sean Penn and featuring original music by Pearl Jam singer Eddie Vedder, “Into the Wild” is an adaptation of Jon Krakauer’s 1996 book of the same name, which in its turn is based on the travels of Chris McCandless. McCandless, who also went by the name of Alexander Supertramp, was a 22-year-old American hiker and itinerant who, soon after his college graduation, left his family and decided to travel alone to Alaska and live a simple life after abandoning his possessions and giving all of his money to charity.

“Into the Wild” is a film which will make you ponder over the meaning of life, the importance of society and possessions and the sources of human happiness. While McCandless’ choice of existence might seem exaggerated to most people, there are still a lot of things to learn from his beliefs.

With great direction and cinematography, an almost perfect central performance from Emil Hirsch, and based on an unbelievable true story, “Into the Wild” is the kind of film which makes people change the way they look at life.

One of the most successful French films ever made, “The Intouchables” is based on the real-life friendship between Philippe (François Cluzet), a quadriplegic millionaire who lives along after having lost his wife in an accident and Driss (Omar Sy), his ex-convict caretaker. While at first glance they have nothing in common, the two men enjoy each other’s company and become close friends.

This is a moving and truly inspirational film which proves the importance of optimism in one’s life and shows us how one happy friendship can change the lives of two unhappy persons. The chemistry between the two protagonists makes their relationship feel very authentic and plausible, while the film’s uplifting, funny and heart-warming tone make it a perfect feel-good movie. 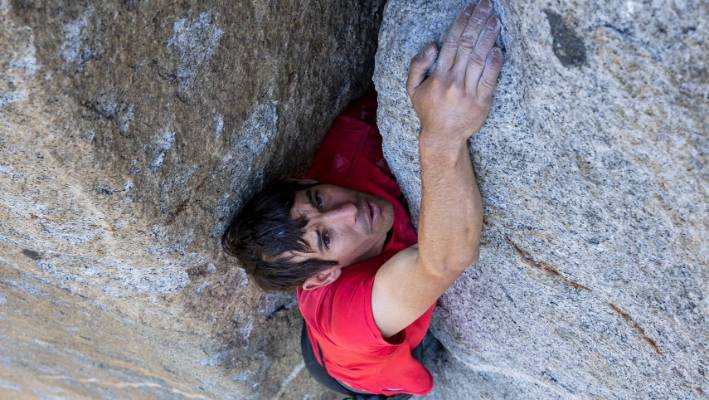 This documentary follows Alex Honnold’s insane attempt at climbing “El Capitan”, a three-thousand-foot rock formation from Yosemite National Park, without using any kind of ropes. Along with him, a team of cameramen-climbers have another difficult task: filming and recording Honnold without interfering with his climb and risking his life.

“Free Solo” is stunning to look at and the documentary equivalent of a thriller in terms of breathtaking, edge-of-your-seat moments. However, what makes it even better is the way it manages to give us an intimate look at Alex Honnold’s inspiring mindset and the influence his lifestyle had on the relationship with his loved ones.

“Free Solo” was produced by National Geographic and has won the Best Documentary Feature Award at the 2018 Academy Awards. Unless you are too afraid of heights, we can only recommend you to watch it.