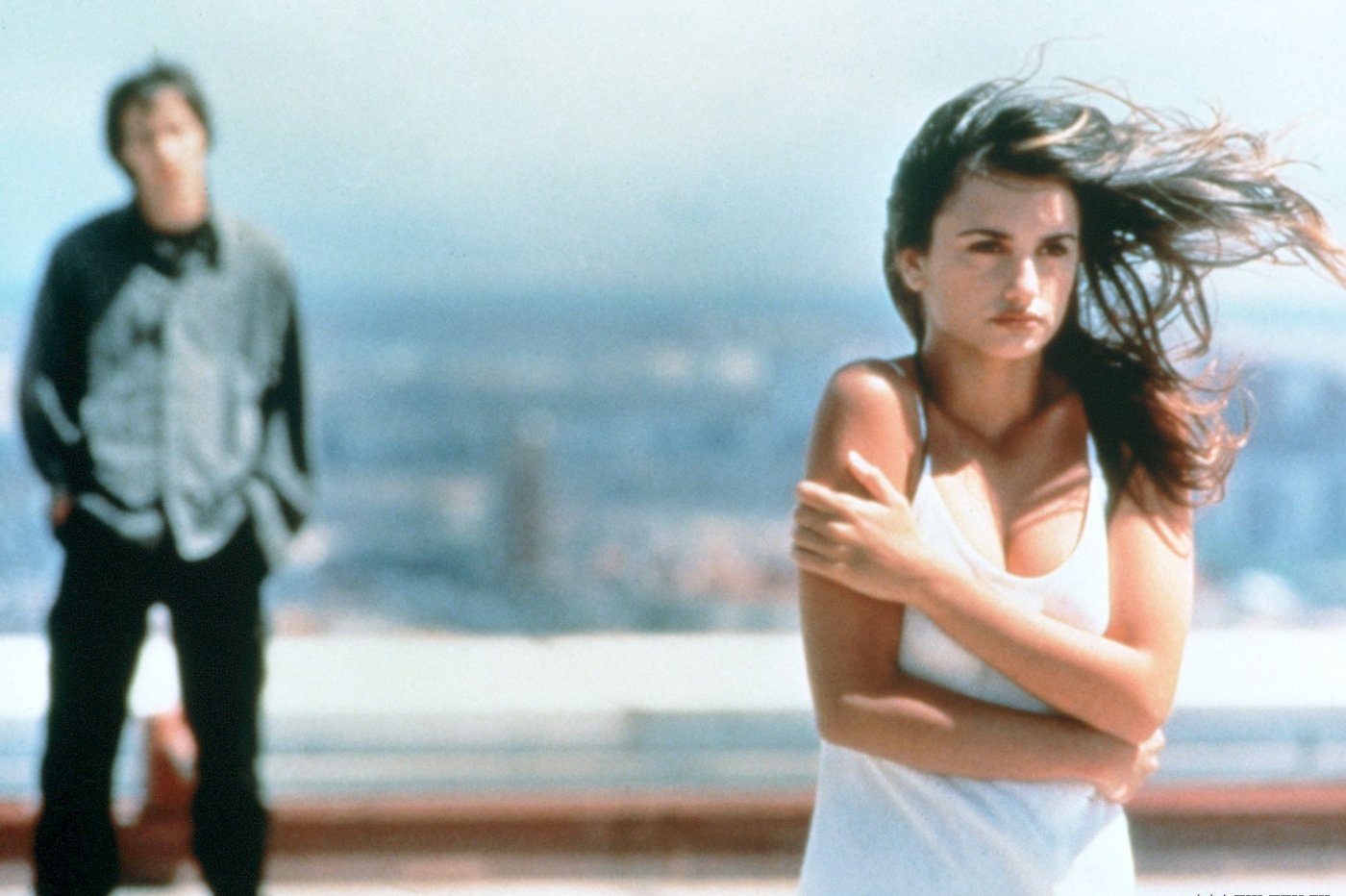 Continuing with a unique, twisted world where fact and fiction dance hopelessly together, let´s take a look at Alejandro Amenábar’s second feature Abre Los Ojos (Open Your Eyes). It tells the story of the young, attractive César who becomes disfigured after a jealous ex-girlfriend intends to kill them both by crashing their car. Talking from a prison cell to his psychiatrist, the story has dreams and reality fade in each other seamlessly.

The results in a psychologically disturbing film, not unlike other great Spanish exports like Hable con ella (Talk to Her) and La piel que habito (The Skin I Live In), and brilliantly weaves elements of science-fiction, romance and mystery together. Viewers who love alternate realities and the inventions of dreams like in Inception will be moved.

Abre los ojos explores similar elements as Philip K. Dick’s novel Ubik. He penned several other notable works, including Blade Runner which has also been highly influential on not only Nolan, but virtually every artist creating science fiction ever since. Other viewers who are more drawn to original love stories will appreciate the gripping exploration of romance and what it really means to be alive from the inside. 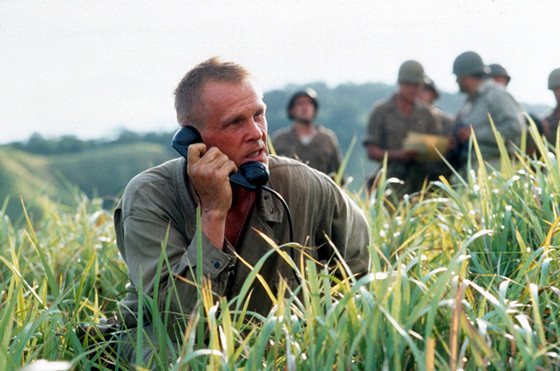 The Thin Red Line marked the return of director Terrence Malick after a 20 year-long hiatus. In this epic war drama he deals with the conflict at Guadalcanal, shot through breathtaking Panavision lenses and featuring the majority of top Hollywood actors at the time (and a few others who didn’t make the final cut). The cameos of several of those may distract some viewers from the storyline, but no one will be left untouched by this elegant and deep look at the psychology of warfare.

Malick cuts simply and effortlessly to certain memories throughout the film, influencing the portrayal of mental states such as in Memento. From a genre standpoint, another obvious though less directly related point of reference is Nolan’s most recent film Dunkirk that is also about WW2. That film is less poetic and more grounded than The Thin Red Line by shifting the focus on the physicality of war: experiencing the tension or warfare through three different perspectives.

Dunkirk has the visceral action from other war films like Saving Private Ryan, but also examines the war deeper through different point of views bounded by the limits of time. Malick goes further in exploring philosophical dilemmas, focusing on what makes people tick and what brings forth the destructive, but unavoidable tendency to war in human nature.

It is perhaps no coincidence that Hans Zimmer, who scored the film beautifully before production started (to provide the right atmosphere on set), later became a close collaborator of Nolan. For this film, A Journey to the Line delivers an astonishing and breathtaking piece of music that provides the perfect mood for The Thin Red Line, a concept that has more than one meaning.

You only have $7,000 and want to make movie about the discovery of time travel, what do you do? The answer is Primer, a wonderful experiment that was written, produced, directed, scored and edited by Shane Carruth. It rightfully won the Grand Jury Prize at Sundance and has inspired countless other young directors to dream big and use the limited resources at hand in the best way to realize their vision.

It tells the whimsical tale of four struggling entrepreneurs who build electromagnetic devices in their garage. Through trial and error they discover a time-loop side effect, which may be the biggest thing ever invented. The main characters’ distrust in each other leads to further tension.

How the plot eventually plays out should be seen by the viewer, but it’s unbelievably clever and inspiring to see the fabrication of a world of endless possibilities just by the sheer ambition of its creator within the huge set of boundaries at work.

This reminds us of Nolan´s debut Following, a lean and mean thriller that was also produced on a shoestring budget and made effective use of a non-linear plot structure. Two decades later, Nolan’s first real science-fiction endeavour which dealt with time travel cost 165 million more to make.

What helps Primer by virtue of its limited budget is that rather than seeing well-known actors in the roles of these young inventors, you get the feeling of the kind of people that would accidently come up with the time-travel technology in real life. Even after many viewings this wonderful, confusing movie never ceases to amaze.

José Padilha directed, produced and wrote a devastating real-life tale of violence and morality though both the crime and the political institutions built around it. The result is a brutal piece of action that became a cultural phenomenon, cementing the way for a sequel called The Enemy Within.

This film became the highest-grossing local film in Brazilian history. Marrying commercial success with an engaging, kinetic story about the bleak underworld, the two parts remind of what Nolan did with the Batman franchise. That was a reinvention of an iconic comic superhero, and Tropa de Elite also tells about the superpowers of people who are supposed to help people by fighting crime, exposing the fear, human cost and corruption that this world entails.

Wagner Moura is terrific as Nascimento, a captain who is waging his own war. The action shifts more towards the trials and tribulations at the political levels in the sequel. The follow-up works as an excellent commentary on the disturbing political landscape that exploits the poor population and only benefits the ones in power. A story that remains highly relevant in today’s world, especially in Brazil.

Without Christopher Nolan’s interpretation of the Batman franchise, the superhero movies of today would not have dared to step as far into the direction of darker, deeper storytelling that doesn’t shy away from morally ambiguous protagonists and rich, multi-dimensional anti-heroes.

The Dark Knight trilogy belongs to the most influential blockbusters of the past two decades, pioneering not only the portrayal of superheroes and super villains or even action-filmmaking in general. It offered a profound portrayal of and insight in today’s society.

From the theme of fear in Batman Begins, to chaos in The Dark Knight and pain in The Dark Knight Rises. Director James Mangold must have been inspired by all of this, directly or indirectly, in the way by which he steered the X-Men franchise in its tenth and crowning instalment: Logan.

Thanks to the commercial success of its comical counterparts, it allowed him to again reinvent a superhero, now with complete R-rated possibilities. Hugh Jackman concludes his final turn as Wolverine with dignity: getting older and wearier just when a young mutant comes to him for help. His portrayal is deeply affecting: he delivers all the action scenes required in a believable way, but on top of that his hero’s journey is gritty, nuanced, and emotionally devastating.

Utilizing a screenplay that defies superhero conventions, the film becomes a poignant take on Western mythology, including elements from Westerns and noir. An in Nolanesque fashion, the film also shows that brilliant storytelling can find a huge audience.