One might not have thought that Michael Powell, one of the most prominent and influential British filmmakers, would be featured in this list. His most famous films, made with his partner Emeric Pressburger, are complex, but somewhat tame fare, such as “The Red Shoes.”

“Peeping Tom,” made after the main period of his career, tells quite a different tale. The film stars Carl Boehm as Mark Lewis, a disturbed and introverted photographer. Lewis is also a serial killer who records his female victims’ expressions before they die. One of his housemates, Vivian, befriends him, but as she gets closer to learning his secret, she becomes closer to danger.

The controversy surrounding the film, while admittedly quite shocking considering the era, was certainly unfair considering the effectiveness of Powell’s film. Now imitated by many films about serial killers, “Peeping Tom” was revolutionary in that it featured the killer as the main killer, giving a disturbing insight into his actions, and even making the audience sympathize with him a little. Combine this gripping story with Powell’s dynamic visuals and you get this classic, important piece of film history that is a treat for the mind and the eyes.

Every once in awhile, a big, commercial horror movie hides a lot more underneath the surface. This was certainly the case for this science fiction classic. Kurt Russell stars as MacReady, a helicopter pilot for an Antarctic research station.

When a mysterious dog appears, which is being hunted by Norwegian researchers from a base nearby, the Americans takes it in, caging it with the other animals. The dog soon transforms into a horrific mutant creature and starts attacking the other dogs and after MacReady kills it, they discover that it is an ancient alien that has the power to take the form of any creature it kills.

Carpenter’s film is perhaps most notable for the incredible and frightening productions of the mangled creations of the people inhabited by the alien, often considered a landmark of practical effects, but the more deeply scary aspect of the film.

Similar to another horror classic, “Invasion of the Body Snatchers,” the terror from this film comes from not being able to tell enemies from friends. This creates tremendous tension as the monster could be anyone or anything, carrying it around with the viewer long after the credits roll.

If “The Brood” was Cronenberg’s entry into profound horror, “The Fly” is his crowning achievement. One of the body horror master’s most powerful and also one of his grossest films is based on a fun B-horror film starring Vincent Price of the same name, but adds his own, fresh twists.

Jeff Goldblum stars as Seth Brundle, a brilliant young scientist who is working on a teleportation device. He begins a relationship with the beautiful journalist Veronica, played by Geena Davis, and things in his life are going swimmingly. One night, Brundle gets drunk and tests the teleportation device himself, only to have a fly enter the chamber during the process, fusing their DNA and starting Brundle down a dark transformation.

Cronenberg’s genre-elevating masterpiece is an extremely disturbing tale, commenting on the human condition and its relationship with technology. In this twisted Kafkaesque story, Goldblum gives a career-best performance, and combined with terrifying effects, there is not a dull second of the film, and if the gruesome transformation doesn’t scare, his fall from sanity will.

Often lumped in with the famous Universal monster movies like “Dracula” and “Frankenstein,” this Paramount picture was one of the greatest of the genre. Based on the tale by Robert Louis Stevenson, this pre-code feature was a breakthrough hit for the studio and for lead actor Fredric March.

March plays Dr. Jekyll, a mild-mannered doctor who becomes obsessed over the duality of man, so he develops a potion to unlock his wilder side, transforming him into Mr. Hyde. Hyde is a fearsome brute who begins a reign of terror through London, and starts to take control over Jekyll as well.

The film was one of the more controversial pre-code movies, due to the horrible nature of Mr. Hyde an overtly sexual character played by Miriam Hopkins. It was also one of the most well-rounded, equalling the artistry of the other great monster movies as well as a terrific performance by March, who won an Oscar for his dual portrayal of the two sides of man. The aspect that elevates this movie above the average of its time is the central theme.

Although it has been explored many times in popular culture, including Marvel’s “The Incredible Hulk,” none have reached as profound an impact as this film, nor has shown it in as disturbing a light.

This classic of French horror cinema that combines dreamlike poeticism and a macabre plot, “Eyes Without a Face” was not initially successful, but has grown a large cult following over time.

The film follows Dr. Genessier, a noted skin surgeon who hides a dark side. Years ago, his daughter Christiane suffered terrible facial injuries in a car crash. With the help of his assistant Louise, the doctor lures young women to his house to kill them and take their faces in order to graft them onto his daughter, hoping one actually takes.

Although there are a few thrilling scenes, “Eyes Without a Face” is a very unconventional horror movie. It contains no jump scares and has relatively tame violence for the genre. Instead, the horror is psychological, in how a stable man can resort to such monstrosities, and how the superficial can stir emotions that run much deeper than skin.

The character of Christiane is another fascinating study of a victim caught on the wrong side, wrestling with the guilt caused from the deaths of other women for her benefit. For both the tremendous storytelling and visionary direction, “Eyes Without a Face” is one of the can’t-miss foreign horror masterpieces.

Kaneto Shindo was one of Japan’s most prolific screenwriters, with more than 100 scripts to his name, and an influential director. He’s made several acclaimed films such as “Kuroneko” and “The Naked Island,” but “Onibaba” is his crowning achievement.

Set in feudal Japan, the film follows two women who live by killing stray soldiers and taking their belongings to sell. Their sinful way of life is interrupted when a neighbor returns from war and pits the two women against each other for his attention, and to make matters worse, soon another mysterious stranger enters the mix, bringing with it unknown horrors.

Although it was an infamously miserable film to shoot, with the cast and crew living onset in the rural grasslands of Japan, the end product is one of the most beautiful and terrifying of its era. The dialogue is scarce and the action is slow, but the film heats up to a riveting end, combining relatable human sin and traditional East Asian folklore.

Having maintained a strong cult status as well as critical acclaim, “Onibaba” is a masterful combination of art and horror, as well as a thought-provoking examination of sexuality and culture. 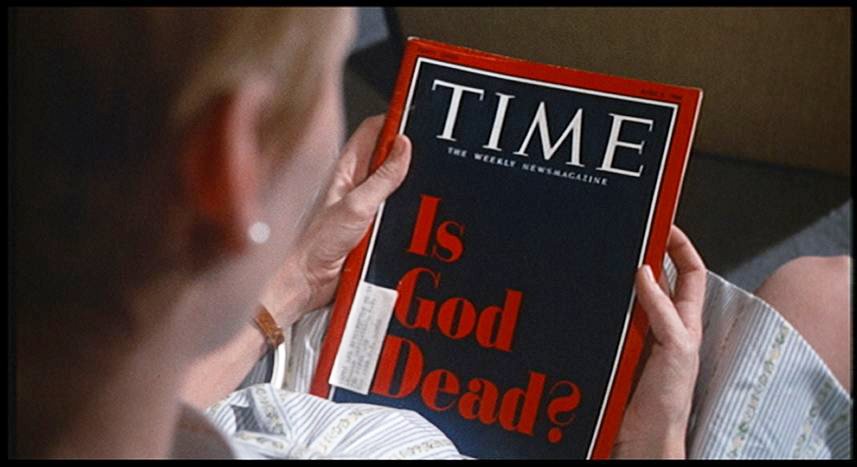 Roman Polanski’s scariest film brought him to fame with international audiences. Mia Farrow stars as Rosemary, a housewife married to her husband Guy, played John Cassavetes, who is struggling to make a career as an actor. They move into an old apartment building that has a mysterious backstory, and although things seem to go well initially, they soon take a turn for the worse. Unbeknownst to Rosemary, Guy has been approached by a Satanist cult in the building, and has been coaxed into a deal with the devil. In the deal, he gains fame and success as an actor, but in exchange, he trades his wife’s body.

One of the masterpieces of Polanski’s controversial career, “Rosemary’s Baby” was a landmark horror movie that, along with “The Exorcist,” raised the reputation of the studio horror film, showing that they can actually be of substance and also scare people.

The film entraps the audience like it does Rosemary, making them feel helpless among the witchcraft and villains. Like “The Thing,” this film keeps you guessing on who to trust, as well as exploring themes of relationships, Faustian deals, and, as amplified by the infamous final scene, motherhood.

The “Godfather” of horror movies, there is no frightfest more heralded than “The Exorcist.” The first of the genre to be nominated for Best Picture, as well as a bunch of other awards, Friedkin’s masterful picture changed the industry forever.

The plot is simple: Ellen Burstyn plays Chris, an actress whose daughter Regan becomes possessed by a demon. She then has to enlist the help of two priests to try and cast the demon out. It is a story that has been told hundreds of times, but the details that Friedkin and the tremendous cast put into the scenes and characters make it such a masterpiece.

There are several reasons why this film tops this list. Not only is it one of the most well-crafted films of the genre, with one of the most memorable monsters, and is considered one of the scariest films of all time, the most impressive thing about the film is how it stays with the viewer long after watching it. This is because of the many complex themes crammed into the basic frame of the plot.

There are obvious ones like religion and age, but also less common ones like motherhood and self-sacrifice that, on top of the thrills, make it genuinely one of the more interesting films of the era. One of the few films of the genre that can appeal to almost anyone, “The Exorcist” is a must-see for every movie fan, and behind its flashy exterior, holds a incredibly profound experience.