First there were giggles, chuckles and guffaws. “A talking fox announces the end of the world.” What more should we expect from “the puckish Dane”? (Xan Brooks, The Guardian). And then came hard scenes of violence, self-mutilation and castration, in scenery that resembled the Seven Gates of Hell. And there were horror, aversion, and freaked-out audiences that covered their faces or ran to the restrooms in disgust.

After the premiere’s first shock, then came the critics. Almost half of them (mostly American critics) considered it as one more of von Trier’s philosophical masterpieces, and the rest gave mostly negative reviews, culminating with Variety’s “a big fat art-film fart.” And the feminists, too. Women’s rights activists, journalists, academics, and artists, rushed to opine about what seemed to them another work of von Trier that diminished women.

Von Trier tried to defend himself, saying that he was experiencing depression and that the film was his peculiar way of coming out of it. As with any of his other movies, aside from being shocking, this film deals with a hell of a lot of issues of a religious, ontologist and mystic nature: good and evil, man and woman, nature, the destructive and deliberating role of nature, the perpetuation of Original Sin, all of them very difficult to be grasped by the carnivorous Cannes audience. Especially when given in the sacrilegious, profane von Trier way!

Gaspar Noé entered the cinematic world with a very specific goal: to provoke. Each one of his films is a major event; in every one of them, the filthiest part of human nature is exposed in a way that is destined to shock and appall. “Irreversible” was no exception.

A regular of Cannes, Noé managed to cause such acute reactions that “Irreversible” easily landed in the top 10 of the most controversial films in Cannes history. Many people attending the premiere rushed to the doors cursing the director, and there’s a rumor that a dozen of them needed medical assistance. What shocked the most was the 10-minute long scene of Bellucci’s rape by a gay pimp.

The lead, however, had nothing to say against her director. She even declared that, though while watching the film she had to turn her eyes away several times, her dad, who assisted the premiere, loved it. 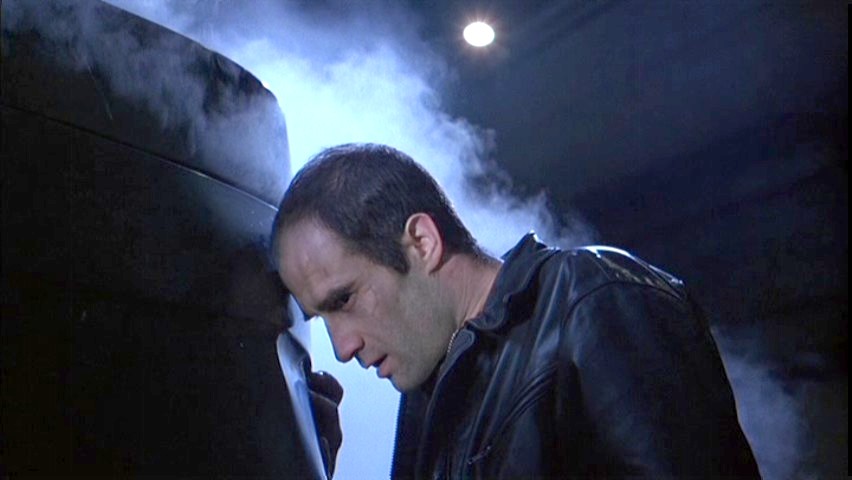 Conservative newspapers accused it of propagating illogical and hazardous road behavior and said it would inspire criminal acts. The British Board for Film Classification conducted an inquiry that didn’t establish all the above allegations. However, the movie was banned in some parts of the country by decisions of local councils. The case for “Crash” was studied by scholars regarding the relationship between films and censorship.

After the triumph of “Drive” and the Best Director Prize, the synergy between Refn and Gosling was highly expected in Cannes. But the film’s premiere left audience and critics divided, with the balance favoring the negative reviews.

Then there were rumors that the producer pressed the organizers hard to accept the film in the competition section, instead of in another section. ‘This kind of film is not my thing,” lead actress Kristin Scott Thomas admitted, confessing that she detests violent movies.

Filming Bangkok at night with impressive reddish and ochre tones and its underworld, the film was criticized for being too violent without saying anything, for using stylistic perfection to make up for script deficiencies, for not being a decent sequence of “Drive.”

Rarely has the conflict between a director and a film critic upon a movie’s release has been as harsh as with this case. Vincent Gallo’s film, even before premiering in Cannes in the Competition section, received one of the most scornful remarks ever heard by the famous Roger Ebert: “The worst film in the history of Cannes.” Gallo accused Ebert of undermining his work, since the audience starting booing and heckling during the opening credits. And he added with venom: “Roger Ebert is a fat pig with the physique of a slave trader.”

And the entertaining dialogue didn’t stop here:
Ebert: “It is true that I am fat, but one day I will be thin, and he will still be the director of ‘The Brown Bunny.’”
Gallo: “I wish for you to get colon cancer.”
Ebert: “Even my colonoscopy was more entertaining than his film.”

The match ended with a tie. Gallo got into the editing room one more time and cut 28 minutes from the film – although he claimed he only cut eight – and Ebert admitted that the new version was good enough to have his blessings.