Every couple has their own quirks and eccentricities unique to themselves. The dynamics that keep one relationship alive and happy might be enough to damage another beyond repair. It’s these eccentricities that Paul Thomas Anderson seeks to explore in his dizzyingly entertaining film, Phantom Thread.

Daniel Day-Lewis (in what is reputed to be his final screen performance) plays Reynolds Woodcock, one of London’s finest and most sought-after designers of haute couture.

Finding himself in a creative rut after the dismissal of the latest in a long run of girlfriends, Reynolds absconds to the English countryside, where he finds the beautiful and alluring Alma (a rapturous Vicky Krieps). She becomes his muse, accompanying him back to London where she models his extravagant dresses and becomes accustomed to the ways of high society, but soon finds her headstrong and forceful personality clash with the uptight Reynolds’ strictly regimented way of life.

Rather than leave like all the others, however, Alma takes matters into her own hands, and the result is one of the most delightfully twisted and beautiful movie romances in recent memory.

Anderson has long been fascinated with the inner workings of his subjects and the unseen forces that drive them, but in Phantom Thread this preoccupation becomes more than just another character study. It’s a look at the way we, as humans, keep our relationships alive and well, and – for better or worse – the things that make us remember why we loved each other in the first place.

Some relationships aren’t made to last forever: indeed, some never really had a chance to begin with. Blue Valentine, Derek Cianfranche’s melancholic tale of a doomed romance, isn’t concerned with fantasy so much as realistically depicting the forces that draw us together but aren’t strong enough to keep us there.

Dean (Ryan Gosling) and Cindy (Michelle Williams) are about as diﬀerent as two people can be. He’s a high school dropout, she’s an aspiring doctor. He’s a hopeless romantic, she’s far more pragmatic.

Nevertheless, when a surprise pregnancy is announced, they decide to stay together. 5 years later, they’re still together with a young daughter. Dean continues to make a mess of his life, descending slowly but surely into alcoholism while Cindy struggles to balance her home life with her aspirations at work.

Ultimately, this decision brings them more heartbreak, anxiety, and regret than if they had just gone their separate ways. There’s a particularly gloomy scene where Dean, in a fruitless attempt to rekindle what spark their relationship once had, takes Cindy to a love hotel: instead of having a romantic evening, the two of them proceed to get drunk and ruminate on where exactly everything went wrong for them.

When compared to many other romantic movies that come out of the American film industry, Blue Valentine stands out in stark contrast: rather than feed a fantasy, it dwells on the crushing reality of expectations versus disappointment, and ultimately how all things – even love – might be fleeting, provided it ever really existed at all.

The societal expectations that we encounter while dating are nearly as old as the dating game itself. Since time immemorial we have been pressured by our parents, religious institutions, and the media to find a spouse and procreate before – GASP – we become too old, lest we risk entering old age alone and childless.

In his twisted and perversely hilarious The Lobster, Greek director Yorgos Lanthimos takes this time- honored tradition and pushes it towards its most extreme conclusion. In a future dystopian Britain, citizens are shipped oﬀ to a hotel and given 45 days to find a mate or be transformed into the animal of their choosing (most people pick dogs).

They spend their days courting each other, watching relationship propaganda, and hunting the escaped “singles” that live in the nearby woods. Eventually, David (Colin Farrell) runs oﬀ to try his luck in the woods and discovers an equally confounding society with its own rules and restrictions.

While the world of The Lobster is certainly far more bizarre than the one we currently inhabit, the underlying themes and questions are frighteningly familiar. The things human beings do to avoid dying alone are selfish, illogical, and often downright strange. Perhaps the strangest thing of all is, short of being turned into animals should we fail, the same fears that are so vividly portrayed in the movie are not as diﬀerent as we’d like them to be. 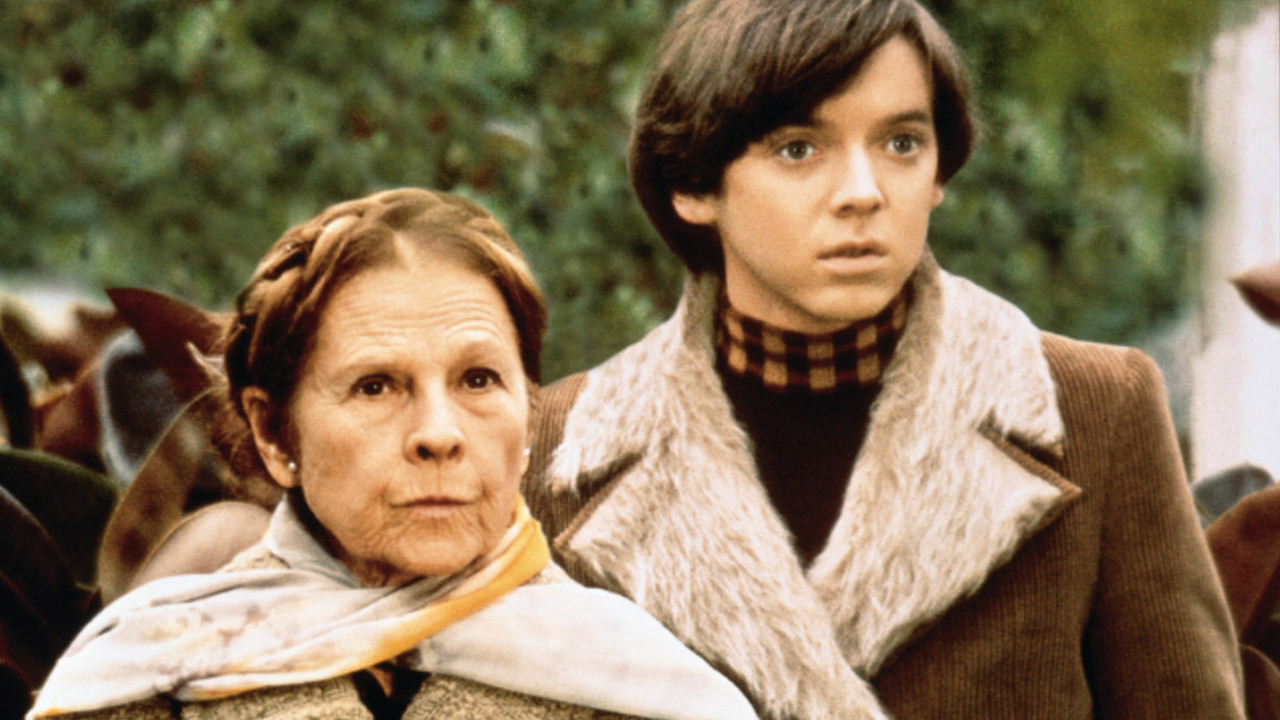 “Love looks not with the eyes, but with the mind,” Shakespeare once wrote, and in the case of Hal Ashby’s classic Harold and Maude, this has never been made more apparent.

Harold (played by Bud Cort) is a troubled youth who spends his days staging elaborate suicide attempts and sabotaging his mother’s fruitless eﬀorts to set him up with a girlfriend. Maude (Ruth Gordon) is an elderly lady who takes gleeful pleasure in the little things in life such as stealing cars and taking trees away from their concrete prisons in the city to be planted in the forest. Harold is afraid of the world, while Maude revels in it and takes joy in experiencing all it has to oﬀer.

It seems inevitable, of course, that the two are drawn toward each other and begin dating. Of course, society doesn’t approve, and seeks to intervene. But Harold and Maude outsmart them all: everyone, that is except for Death.

Though certainly a dark film, Harold and Maude is anything but pessimistic. Ashby – a true child of the hippie movement even though he was quite a bit older than most – seems not to care for the pomp and circumstance of civilized society, preferring instead to, like Maude, see things his own way.

Ultimately, the message Maude leaves behind for Harold is to enjoy things as they come, and while they last, and when they’re finished, “there’s a million things to be, you know that there are.”

Michael Haneke is one of those directors who brings the audience uncomfortably close to his subjects. From Funny Games to Amour, the characters he brings to life on screen are as vividly realized mentally as they are physically, allowing the viewer to feel their emotions and thoughts as though they were their own. The Piano Teacher is no exception.

Erika Kohut (Isabelle Huppert) is a piano teacher at a Vienna music conservatory. Although middle aged, she still lives at home with her overbearing and domineering mother (her father – now long dead – spent many years in a mental asylum).

Unmarried, over-mothered and sexually repressed, Erika finds herself enamored by Walter Klemmer, an attractive young piano student who expresses an admiration for her skill. So enamored, in fact, that she secretly injures another pianist Walter shows an interest in and comes up with a list of increasingly degrading and masochistic desires that Walter must indulge her before she consents to a “normal” sexual relationship with her. Giving into herself, Erika slowly finds herself spiraling towards an obsession beyond her control.

The film could have simply been an exercise in exploitation, choosing instead to become a poignant and vivid reminder of the desires that stew just below the surface of all of us, as well as the unhealthy ways that these desires appear.