War is maybe the biggest inspiration for Russian film directors, and Elem Klimov’s masterpiece “Come and See” is one of the the most tragic ones.

Florya is a boy who tries to join the partisans against the Germans during World War II. He is finally left by them, but when he goes back to his hometown he finds all the houses empty, and denies the eventual death of his family. The girl who accompanies him sees a pile of bodies behind his house but doesn’t tell him anything. This is one of the horrors Florya will witness during the film and this experience will ruin his life forever, something shown by the aging of his face in a matter of months.

“Come and See” is one of the best critiques of war and its consequences, creating characters and images that are hard to forget. 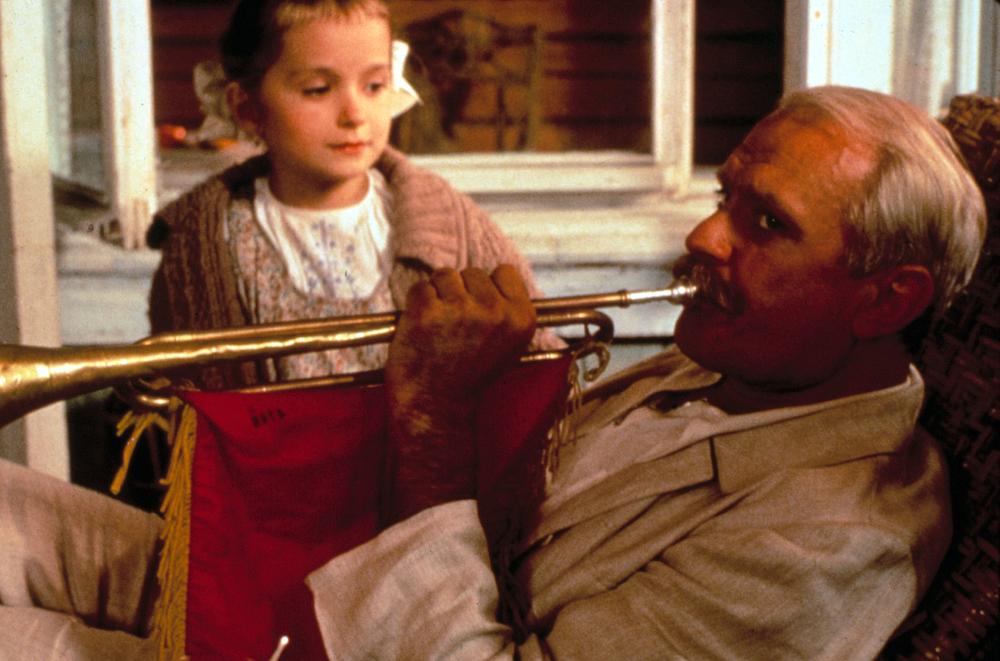 With this film, Nikita Mikhalkov started the trilogy about Officer Kotov (Mikhalkov himself plays the part). His life is turned upside down when a man from his wife’s past enters his life to complete a secret mission. Mitya is an old friend of the wife and her family and her former fiancé. His intentions in showing up again are clearly not good. He is actually a part of the Soviet political police (NKVD) plans to arrest Kotov and send him to death.

“Burnt by the Sun” won the Oscar for Best Foreign language film and Cannes’ Grand Prix, and is considered one of the best films by the director. The sequel (split into two parts – “Exodus” and “Citadel”) follows the story of the characters five years later, when their roads cross again. Unfortunately, “Burnt by the Sun 2” does not meet the high expectations of the film’s fans, even though it is one of the most expensive films shot in Russia.

Following the footsteps of the great pioneers of filmmaking like Vertov or Eisenstein, Alexander Sokurov experiments a lot in his cinema with form and structure. “Russian Ark” is a great experimental piece that was shot in one single 96-minute Steadicam sequence.

The narrator (Sokurov himself) goes on a long walk through the halls of the Hermitage Museum in Sankt Petersburg, visiting different time periods. He gives clues that he is a ghost who died in a tragic accident and now haunts the place. With him is another character, named “The European,” who happens to be Marquis de Custine, a 19th century French traveler known for his writings. They enter the Hermitage with a group of people, dressed in 19th century fashion. Walking through the rooms, the narrator and “the European” find historical events from Russian history and participate in them as spectators.

The events they see do not follow a chronological order, but whatever they witness, the European insists that Russians are not cultured at all and he puts them along with the “barbaric” Asian nations rather than the civilized Europeans. All the wonders of Russian culture collected in the museum does not impress him enough, until they walk into the last room of the voyage through the Hermitage. 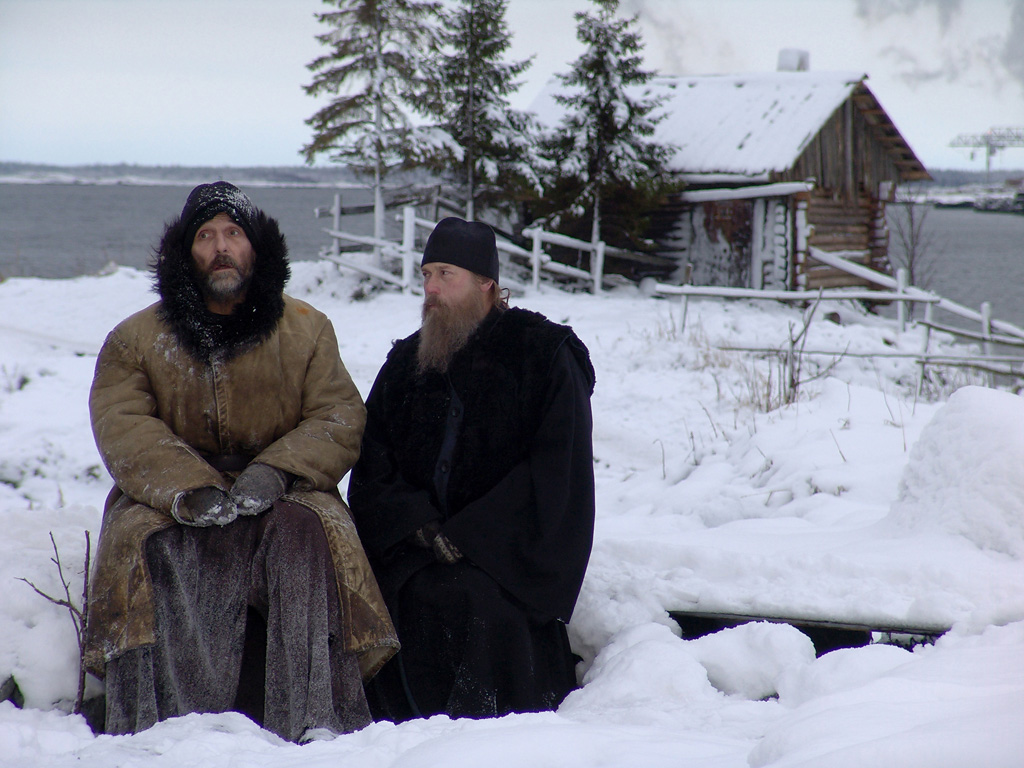 “Island” is a deeply spiritual film about guilt, sin and forgiveness. The main character, Anatoly, is a monk who heals people and gives spiritual guidance. But he is suffering from a guilty consciousness about killing Tikhon, the captain of his ship, during World War II. When the Nazis captured their ship, they give Anatoly the choice between shooting his captain himself or dying with him. Reluctantly, Anatoly decides he wants to live and shoots Tikhon, whose body fells in the water.

Thirty years have passed, but despite all the good Anatoly has done as a monk, he cannot die in peace with himself because of the memory of the murder.

In the meantime, we see an old admiral who is troubled by his daughter’s mental illness. He decides to make an attempt at healing her by taking her to Anatoly. The girl seems possessed by a demon and Anatoly manages to exorcise it, and then he finally finds his redemption.

One of the biggest pessimists in cinema nowadays, Andrey Zvyagintsev tries to convince us that all is lost and there is no light in the end of the tunnel. There was not a lot of love in his previous films as well – neither between the father nor the sons in “The Return,” or the wife and the husband in “The Banishment,” nor in “Elena” where cold practicality triumphed over family connections.

So “Loveless” is not telling us something new, but that it’s not only the lack of love that is the problem, but the impossibility of ever loving or being loved in a society of heartless egoists and people who put appearance above truth.

The film is inspired by “Scenes from a Marriage” by Ingmar Bergman, but goes further than the Swedish classic. What Bergman prevented us from seeing, while watching the couple destroying their relationship, was the impact this has on the children. What “Loveless” is about is the consequences of broken family bonds.

Zhenya and Boris cannot stand each other any longer and are looking forward to a divorce, but what is more frustrating is that they seem not to love or care for their only child, Aliosha. After overhearing a family quarrel, Aliosha disappears and the search for him parallels the search for any meaning and sense in his life. Everyone reacts differently to the loss of the boy, and both the mother and the father show their true selves.

“Loveless” is a harsh but exaggerated critique on society, starting with the news that the world is coming to an end on the radio and finishing with the bleakest metaphors about the repeatability and deadness of life.