Charlie Chaplin’s beloved Tramp stars in Chaplin’s feature length directorial debut. He comes across an abandoned baby and takes the child in. Five years later the two are thick as thieves, quite literally, they execute petty crimes together but have a beautiful father-son bond. When the boy falls ill a doctor realizes that the Tramp is not his biological father and the police arrive to take the boy away.

The scene of young Jackie Coogan calling out from the back of the police wagon for the only father he’s ever known is utterly heartbreaking. No sound necessary to convey the depth of feeling here. When Chaplin manages a daring rescue and the two are reunited, the tears flow both on and off the screen. 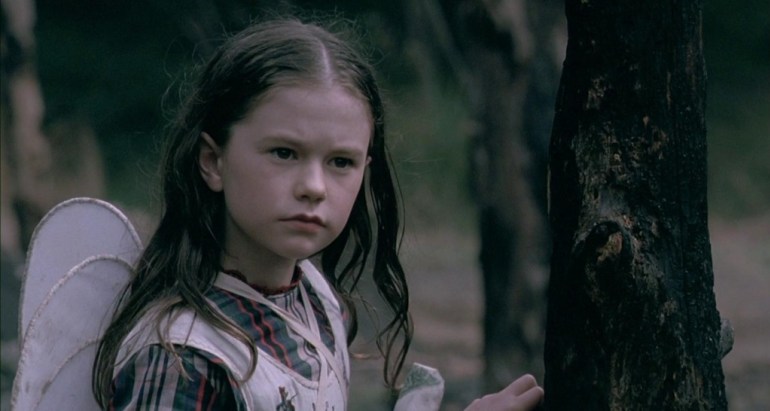 Jane Campion’s masterpiece about a selective mute, played by the compelling Holly Hunter, is set in an evocatively realized New Zealand in the mid 1800s. Hunter plays a woman who has a daughter, Anna Paquin’s break out role, and is married off to Sam Neill who simply does not understand his strange new wife, who uses her piano and daughter to communicate. When she falls in love with Harvey Keitel, a Maori sympathizing forester, it drives her husband to a violent act.

In one of the most unforgettable scenes in cinematic history, Sam Neill drags Hunter into the pouring rain and mud where he chops off one of her fingers with an axe. Her young daughter witnesses the brutal act and cries out, her tatty angel wings, Hunter’s incredible dress and rain streaked faces add to the tragic effect. Both lead actresses and the director herself earned Academy Awards for this haunting film.

Lars von Trier’s pared down Dogme-95 influenced cinematic style and stories with tortured heroines at the center of extreme suffering (Breaking the Waves (1996) and Dogville (2003) spring to mind) are often cause for controversy and divided reception, however it would be hard to argue that they don’t leave a lasting impression on their audience.

In this Von Trier musical, the charming Bjork plays an Eastern European woman who moves to America in the 1960s so that she can save up money for an operation to salvage her young son’s congenital eye disorder, the same affliction that besets her. Selma loves musicals and has a small supportive circle of friends. Unfortunately, her landlord whom she has taken into her confidence, steals her savings and ends up begging Selma to kill him. She honors his wishes and his secret and in so doing is sentenced to death.

In the harrowing finale, a distraught Selma has to be strapped to a board after collapsing in tears at her hanging. A sympathetic prison guard attempts to comfort her as does her friend, played by Catherine Deneuve. Once she hears that her son’s operation has been successful, Selma goes out singing in a scene that will wring your heart for years to come.

The film that cemented Marlon Brando’s fame has him playing the rough Stanley who pushes his fragile sister-in-law, the southern belle Blanche, over the edge. This pressure cooker of a drama by Tennessee Williams delivers the iconic moment when Brando comes crawling back after a drunken brawl begging for his pregnant wife’s forgiveness.

Stella and Blanche have taken refuge with an upstairs neighbor when Brando comes calling her name. His shirt ripped and soaked in sweat he cries out for her and she cannot resist. It’s one of the most electric moments on celluloid as Stella slowly makes her way down the staircase and into his arms. 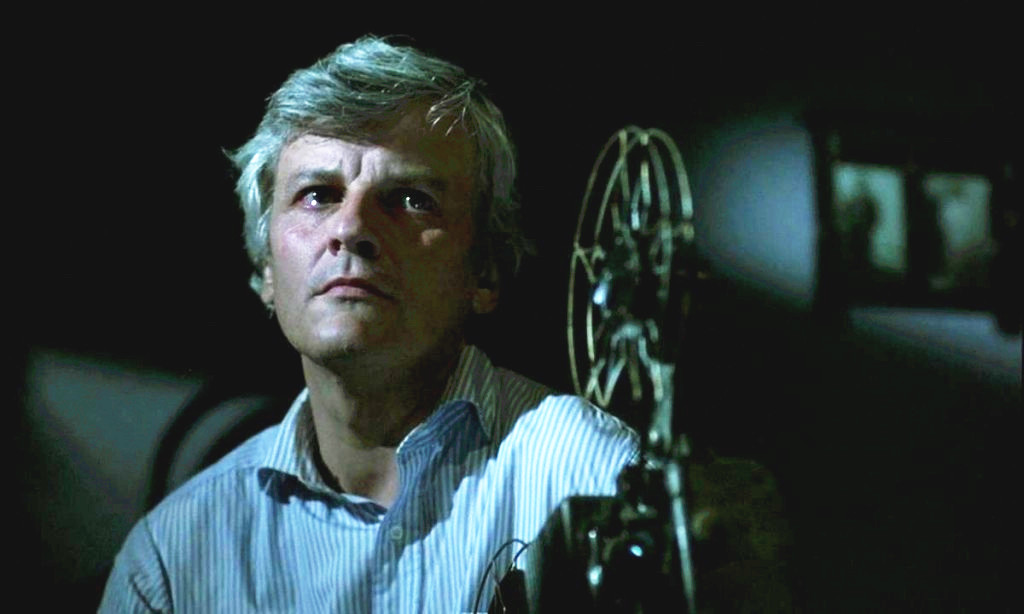 In this love letter to movies, the famous director Salvatore returns home to Sicily for the first time in many years on hearing of the death of his great friend Alfredo. He revisits his fond childhood memories of the movie projectionist who took the young ‘Toto’ under his wing.

The boy became an apprentice to the old man and saved him from a fire in the cinema, going on to become the town’s projectionist when Alfredo lost his sight in the incident. After Salvatore loses his first love and serves in the military, Alfredo makes him promise to pursue his filmmaking dreams and to never look back or get mired in nostalgia.

The final gift from Alfredo to Salvatore is a film reel of all the kisses that had to be excised from the movies they projected due to the censorship of a tyrannical village priest. As Salvatore watches this beautiful homage to classic film and to love, both as a romantic ideal and as the bond he shared with his mentor, he openly weeps. It’s a magical moment for film lovers everywhere.

What are some of your favorite weepies? Dry your tears and share in the comments below.

Author Bio: Charisse Louw is a real dinkum film scholar who has a soft spot for Silent Film, hiking in the mountains around her home in Cape Town and cats. She has a blog about everything from living and working for an NGO in Afghanistan to breaking into freelancing at https://charisselouw.blogspot.co.za/.