The Lost City of Z tells the true story of British explorer Percy Fawcett, who journeys into the Amazon to explore a civilization that may have once lived in the region in a city named Zed (or Z).

Percy hopes that in finding the lost civilization he will prove himself a respectable Englishman and show that certain civilizations were more advanced that western society at the same time. Fawcett visits the jungles again and again in hopes of getting closer to his dream up until his mysterious disappearance near 1925.

The Lost City of Z is a film which viewers may find more haunting than they think, with an absorbing story and finely shot sequences. The film received a positive critical response upon its release and ended up on many critic’s top 10 film lists of 2017.

Romanian direction Cristian Mungiu has already brought us critically acclaimed films like 2007’s 4 Months, 3 Weeks and 2 Days, and 2012’s Beyond the Hills. 2017’s Graduation is no different and finds the director still in peak form. The film focuses on a doctor totally invested in graduation of his daughter from high school and her opportunity to leave Romania for school in England.

Like many of Mungiu’s other films, Graduation is built around an ethical problem. The film reflects a society of compromised individuals, built around favors and secrets, and the “graduation” of the daughter into this. Perhaps also serving as an analogy for Mungiu’s concern for the state of modern Romanian society.

Director S. Craig Zahler received critical praise for this debut feature in 2015, Bone Tomahawk. His second release, Brawl in Cell Block 99 solidifies Zahler as one of the unique young American directors working today. Brawl in Cell Block 99 stars Vince Vaughn as drug-dealer Bradley Thomas who fights to save his wife’s life while in jail. Zahler films Vaughn’s 6ft 5in physique in a way we have not seen before, maximizing the former football player’s size with others around him.

The film features scenes which are shot and choreographed with extreme stylized violence which may not be for the squeamish. “It’s not often you see that original thought. It’s exciting to work with someone who I find defiant in what he does,” says Vaughn. “I find myself laughing at the absurdity of it, but then at the same time you’re really moved. There’s a real masterfulness there.” 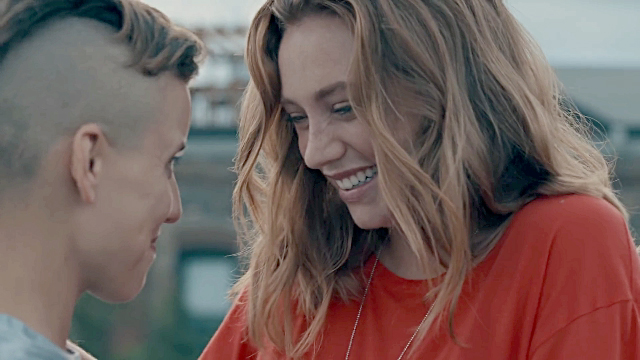 Princess Cyd comes across as a simple story of a young woman who visits her aunt in Chicago over the summer, but the film is much more. The film is permeated with a level of strong female characters that is so rarely seen in cinema, focusing on the relationship between women of different generations. Rebecca Spence makes an award worthy caliber performance as Aunt Miranda, a well-known novelist who lives alone in her home and takes Cyd in for the summer.

In one of the best monologues of 2017 Miranda tells Cyd one night after being challenged on her lack of male prospects, “I wish that I could share with you the utter joy it brings me to spend three hours on a Saturday afternoon reading Emerson, or Melville, or Virginia Woolf… or discussing T.S. Eliot or James Baldwin with a dear friend until dawn… the fulfillment that I get from going to church, from reading theology, from reading science, from… praying. But I can’t. Because I am me, and you are you, I can’t relate to you the total fulfillment that I get from these things. It’s impossible……it is not a handicap to have one thing, but not another. To be one way, and not another. We are different shapes and ways, and our happiness is unique. There are no rules of balance.”

A typical film would see the Miranda and her friend who is a potential romantic interest hook up by the end, but not this film. Male companionship is not needed for the film’s characters to be happy, they have happiness within themselves and between each other. 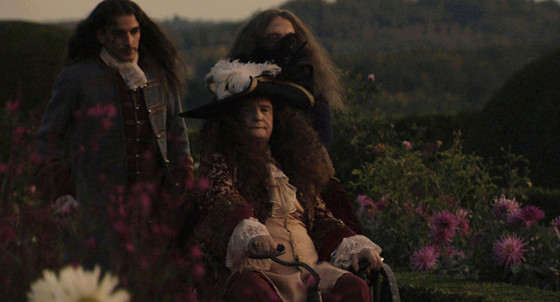 The film stars film legend Jean-Pierre Leaud (from Francois Truffaut’s 1959 classic “The 400 Blows”) as one of the most powerful monarchs in modern history, Louis XIV. The film focuses on the final days of the King, who we first see outside the gardens of Versailles, and soon begins to feel unwell.

In the following days the King slowly succumbs to a blood clot in his leg, and it is during this timeframe that we see the King’s attendants bring in physicians in attempts to bring him back to health. In one early scene a doctor proscribes donkey milk for the King after comparing various glass eyes to the King’s, the King however appears more concerned about whether one of the doctor’s patients looks good naked.

It is this mixture of quiet tension and discreet comedy that makes The Death of Louis XIV such an enjoyable watch. The film is simple and slow, but rich in details from the simple gestures of the King’s face to the desperate attempts of his attendees to save his life. Jean-Pierre gives a masterful portrayal of the final days of the King with what should be considered one of the best performances of 2017.

Legendary French director Agnes Varda and muralist JR combined to create one of the most acclaimed documentaries of 2017, Faces Places. The film shows Varda and JR as they journey through rural France, creating murals of locals in the community, and forming an unlikely friendship between themselves. The duo travel in JR’s van which is equipped with a photo booth and large-format printer.

The two complement each other in their travels as Agnes speaks to the factory workers, farmers, and waitresses and JR honors them with large artistic murals placed in areas for the community to see. Varda’s own history comes into play as she discusses fellow legendary French New Wave director Jean-Luc Godard.

Varda tells JR (who always wears dark sunglasses and refuses to take them off) that Godard would do the same, and the two recreate a scene from Godard’s “Band of Outsiders” running through the Louvre. Her relationship with Godard sets up the film’s finale, which is upsetting, but ultimately celebratory. Faces Places was nominated for Best Documentary at the 2017 Academy Awards and is currently available to view on Youtube.com. 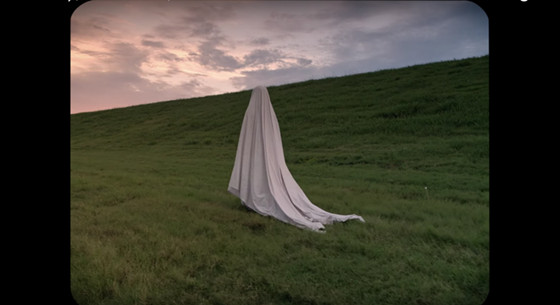 David Lowery’s “A Ghost Story” was one of the most unique, profound, and memorable films 2017 had to offer. It is simple in its storytelling and is a meditation on our perception of time and existence as much as it is about love and death. The film stars Casey Afflect as a man who dies young but whose ghost still remains around the house which he and his wife (Rooney Mara) inhabited.

Lowery is daring in placing his leading character in a white sheet with eyehole cut out of it and having him walk around slowly and stare blankly at things, but it works with great affect. There are no special effects of the ghost moving through objects, rather he is there in full substance, which makes his existence even more substantial.

Russian director Andrey Zvyagintsev, known for his 2014 film Leviathan, delivered one of the best non-English language films of 2017, Loveless. Loveless shows a couple going through a bitter separation, and the casualty which becomes their 12-year-old son who overhears that neither want the responsibility to keep him after their divorce.

The film places a mirror to its society – personal, national, and global; offering a critical look at modern life, our relationship between work and family, and self-absorption. In the film’s final minutes, we see a news reports about the conflict going on in the Ukraine following Russia’s annexation of Crimea, showing that the themes in Loveless stretch far beyond just the family which has been presented.

French director Olivier Assayas has proved to be one of the premier filmmakers of his generation with films such as 2008’s Summer Hours and 2014’s Clouds of Sils Maria. Assayas teams up with Clouds of Sils Maria alumni Kristine Stewart to tell the story of Maureen, a personal shopper in Paris who is hoping to make contact with her brother who died from a heart malformation. Maureen and her brother made a pact that whoever dies first would send a sign to the other about the afterlife.

Maureen spends the duration of the film looking out for signs of ghosts, but is it possible that the ghosts in this film are just a metaphor? “I don’t believe in ghosts in the literal sense, maybe I believe in ghosts if we agree that ‘ghosts’ is a code word for something else…we constantly have some sort of conversation with something that’s not exactly there” said Assayas. Personal Shopper was nominated for the Palme d’Or, and Olivier Assayas won Best Director at the 2016 Cannes Film Festival.

The Safdie brothers begin their 2017 film Good Time with brothers Connie (Robert Pattinson) and Nick (Benny Safdie) attempting a bank robbery which completely fails. After Nick is caught and sent to Rikers Island, Connie embarks on a mission to get enough money to bail his brother out.

This mission plays out in one long, hypnotic, gritty, adrenaline filled night in New York where Connie comes across various characters who he manipulates for his cause. Whether these characters are white or black people, family, friends, or strangers, Connie asserts a privilege towards them and preys upon their vulnerabilities for his needs.

Distributed by A24, Good Time received positive reviews upon its release. Movie review website Rotten Tomatoes includes a consensus approval calling the film “A visual treat filled out by consistently stellar work from Robert Pattinson, Good Time is a singularly distinctive crime drama offering far more than the usual genre thrills.” Good Time was selected to compete for the Palme d’Or a the 2017 Cannes Film Festival, and received multiple acting nominations at the 2018 Independent Spirt Awards.