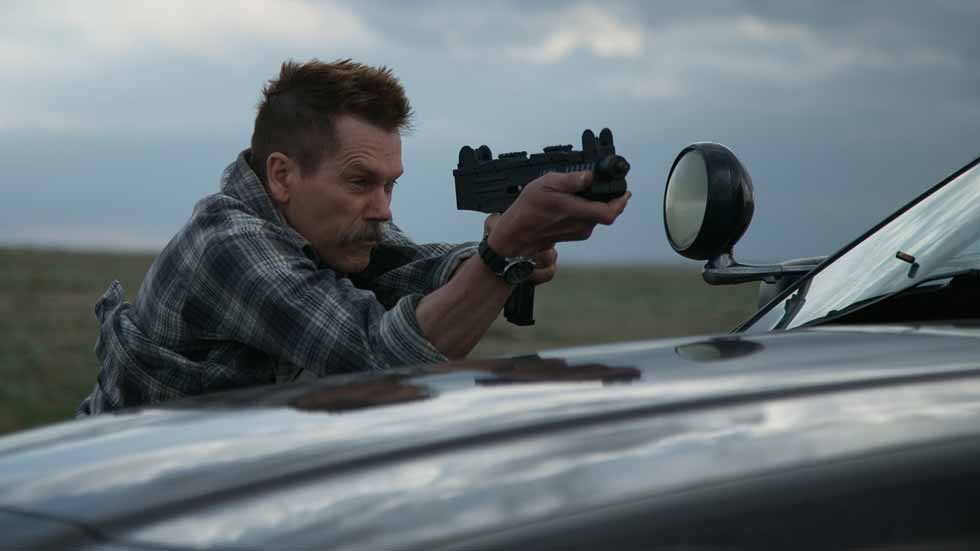 Jon Watts’ “Cop Car” is a low-key thriller with the feeling of a Coen brothers films, albeit missing their signature deadpan humour. It stars Kevin Bacon as a corrupt sheriff whose abandoned car is stolen by two young boys. Unknown to the to kids is the presence of a hostage in the car’s trunk.

When Bacon’s character discovers the missing car, he goes on a hunt for the two kids, desperate to stop his dirty deeds from being revealed. Despite being a simple chase thriller, “Cop Car” is suspenseful, violent, and an overall very entertaining film. 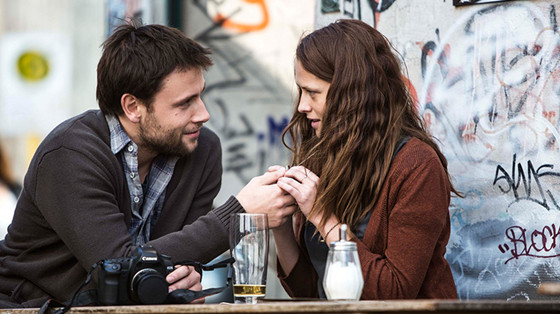 “Berlin Syndrome” is one of 2017’s most thrilling films, and further proof that Australian cinema is great when it comes to these kinds of films.

The film features a tour de force performance from Australian actress Teresa Palmer as an Australian tourist who has a one-night stand with a charming local. However, what starts out as a usual romantic film soon turns into a film more reminiscent of Rob Reiner’s “Misery” (1990) or “Hounds of Love” (2016), the second Australian thriller to be featured on this list.

“Berlin Syndrome” is a slow burn, but it manages to keep the viewer engaged from beginning to end. With amazing performances from both its lead actors and a nail-biting third act, this film is much better than its rating suggests. 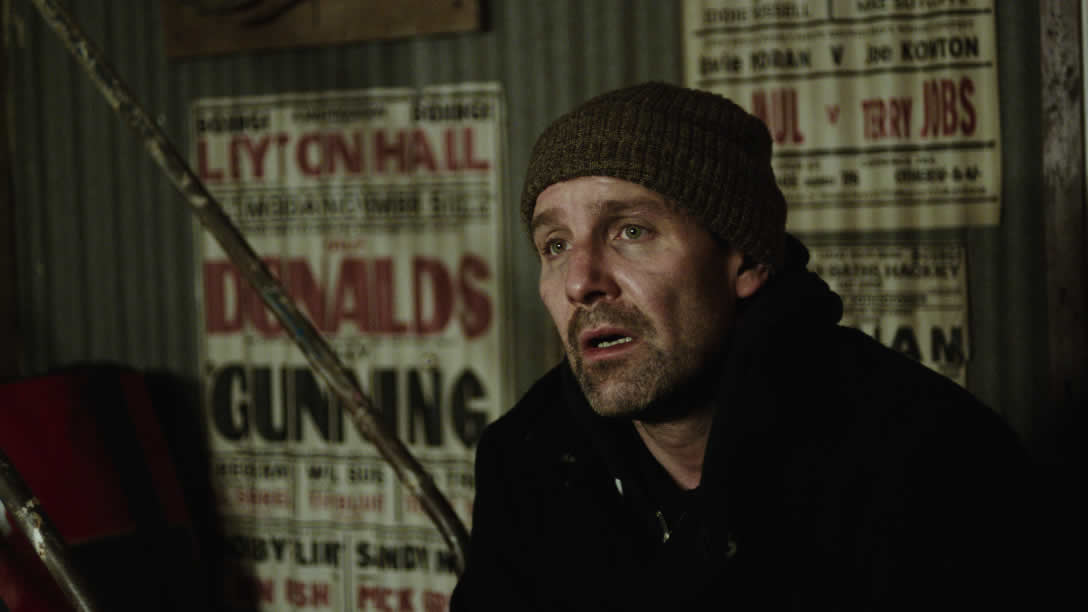 One of 2017’s best British films, “Jawbone” follows Jimmy McCabe, a former youth boxing champion from London who struggles with money, lacks a family, and has become an alcoholic. His only way out from this nadir turns out to be his former boxing coach Ben (Ray Winstone) and cornerman Eddie (Michael Smiley). The two men help him train for an unlicensed boxing match that could give him enough money to solve his problems.

“Jawbone” is a dark, violent, and claustrophobic film and, while it’s not a second “Raging Bull,” it is certainly one of the better sports films you’ll get to see. However, just like “Daphne,” this is another British film that most audiences didn’t even hear about.

Despite being a little anticlimactic, Sofia Coppola’s “The Beguiled” is definitely an interesting film. It stars Nicole Kidman, Elle Fanning, and Kirsten Dunst as a group of women who live isolated at a girls boarding school.

When a wounded soldier (Colin Farrell) asks for help, they give him shelter, but things start to get tense when jealousy arises between the women. After Farrell’s character makes his appearance, there is a constant feeling that something is off, that something bad is about to happen.

Farrell gives a very good performance and his character is always sending mixed signals. Is he a bad guy, or is he good? The film doesn’t really give a definite answer, and this is why some viewers might consider the ending a little disappointing. But if you can get over this lack of conclusiveness, you might find “The Beguiled” to be a captivating investigation on the effects of isolation on the human psyche – and you might even find some similarities with Kubrick’s “The Shining.” 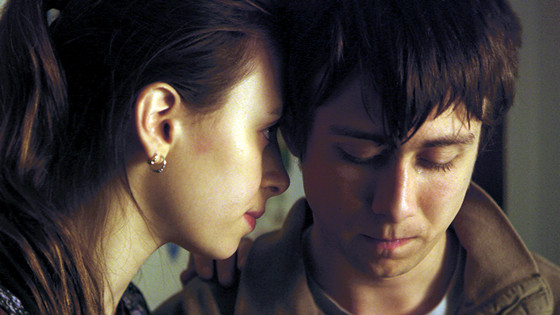 Set in the mid-1990s, “Super Dark Times” is like the bleak cousin of “Stand by Me.” The film focuses on a group of bike-riding teenagers whose occupations – unlike the kids from “Stand by Me” – consist of smoking marijuana, fighting with karate sticks, and slashing things with a katana. But after an accident happens, the film suddenly becomes super dark (pun intended) and the violence keeps escalating.

“Super Dark Times” gives a dark twist to the coming-of-age film genre and stands apart from the crowd, not only with its original plot, but also with the beautiful cinematography and natural performances given by the four young main actors.

In 1980’s Australia, a teenage girl from Perth is kidnapped and terrorized by a sick couple. “Hounds of Love” pretty much follows the kidnapping movie formula, so chances are you’re not going to be too surprised by the way the story unfolds itself. However, it’s the execution and the terrific performances that take the film to another level.

After critically acclaimed films such as “The Babadook,” “Snowtown” and the “The Loved Ones,” it seems that Australian filmmakers have a knack for producing great small-scale thrillers/horrors, and “Hounds of Love” doesn’t disappoint, either. We’re not saying this is a 10 out of 10 film.

It has its flaws, most of them being the unrealistic decisions the main character makes throughout the film, and the exaggerated lack of interest from the police. But as an overall experience, “Hounds of Love” is a very enjoyable thriller that benefits from a riveting lead performance, great cinematography, and enough suspense to deserve comparisons to the likes of “Misery.” It certainly deserves much more praise.

This is the second Olivier Assayas film on this list after ”Personal Shopper,” and it also stars Kristen Stewart along with Chloe Grace Moretz and prolific French actress Juliette Binoche.

“Clouds of Sils Maria” is an elegant and subtle drama that manages to build a lot of profundity upon its simple yet effective plot. Binoche plays Maria Enders, a famous actress who rose to fame some 20 years earlier after starring as the young girl Sigrid in the film and theatre adaptation of the Swiss play “Maloja Snake.”

After Wilhelm Melchior, the now elderly writer of “Maloja Snakes” dies suddenly, Binoche’s character is approached by a theatre director who wants her to star in a new adaptation of the film. This time, however, she is supposed to play an older character, while Sigrid’s role is due to be recast. Hesitant, she eventually accepts the role, but embraces the fact that she’s grown older and revisiting the old play takes a toll on her.

“Mr. Turner” earned Timothy Spall a Best Actor Award at the 2014 Cannes Festival, and is one of his greatest – if not best – roles to date. Helmed by veteran director Mike Leigh, the film portrays the last 25 years of the English painter J.M.W. Turner’s life, from the death of his father to his own death in the mid-19th century.

The same audiences voted it at 6.8 on IMDb, but we think this grade doesn’t really reflect the film’s quality. It is true that “Mr. Turner” is not a film for everybody. At 150 minutes, some people might consider the film overlong and thus a bit boring. However, this is a character study, not an action film, and for what its worth, Spall’s performance is so good that you can easily forgive the film’s small pacing problems.