Pier Paolo Pasolini is not only one of most interesting and enigmatic filmmakers in history, but also one of the most interesting human beings who ever lived. He was a poet and writer apart from being a filmmaker. He also was an intellectual who wanted to treat cinema from a very informed and reflexive point of view.

He proposed a theory of film based on several linguistic theories that involved cinema being a resistance against the “given order” of society. He conceived a truly artistic film as a rebellion, as ways of saying what was forbidden and what could not be said through language, and it was with this perspective that he made “Saló.”

This was the last film that Pasolini released before being murdered; it was the first of three movies that comprised the “Trilogy of Death,” and it is based on the novel “The 120 Days of Sodom” by the Marquis de Sade, whose only name involves transgression. The film consists of a series of tortures and perversions inflicted against nine men and nine women by four fascists who have kidnapped them and kept them prisoners in a castle.

The film is incredibly moving and shocking; it displays the Pasolini idea of displaying the most hidden aspect of life as a way of resistance. This involves a challenge for the viewer, since much of what Pasolini displays is hidden and not said because of the perversion and obscurity it involves.

7. As I Was Moving Ahead I Occasionally Saw Brief Glimpses of Beauty 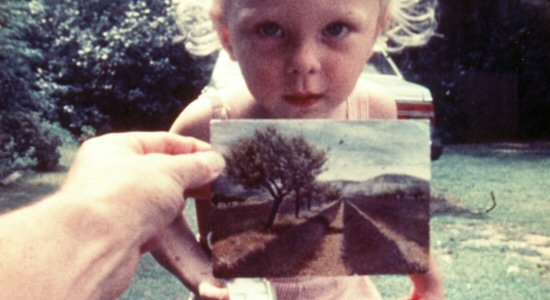 Released in 2000 by Lithuanian filmmaker and poet Jonas Mekas, this almost five-hour film is what could be considered a video consisting of the fragments of film that Mekas registered through his life. In this unique film, Mekas presents his life through the lenses of his camera, sometimes accompanied by music and sometimes by his voice, through which he speaks the poems and reflections he has for the specific image he is displaying.

The film was made almost entirely by Mekas himself; this is part of the concept of the film which is almost a diary consisting of several years of his life. In each episode, the reality that Mekas presents is altered by the montage and edition (he sometime accelerates and makes jump cuts).

What is so interesting and challenging is that Mekas is not creating narrative of his life; instead he is just presenting the fragments with his own perspective. The experience of the film is as moving as it is challenging; we are not used to this kind of work and this is what makes it so interesting.

Released in 1977, this was the first feature film released by the legendary David Lynch, and his stylistic thread could already be seen. The film presents a loose and ambiguous narrative around a man who faces the obligation of taking care of a newborn son who he did not know existed. The events in the film are extremely ambiguous, and the relationships between them is mostly left to the interpretation of the viewer.

What makes the film so thought-provoking, apart from the ambiguity of its events, is the atmosphere it creates. The sceneries generally involve an decaying industrial city and several asphyxiating rooms in which the lead character often finds himself trapped.

The sound of the film is outstanding and it helps create the powerful disturbing sense that one has when watching the film. “Eraserhead” is indeed thought-provoking, precisely for what makes it hard to watch: its ambiguity.

Alain Resnais’ most ambiguous film, released in 1961, presents us with a very singular circumstance: in a manor, a man tries to convince a woman that they have met the year, before but she either does not remember it or does not want to accept it.

The man argues that they agreed to meet to meet there the year before, and the woman argues that she has never been in the manor, but he presents disturbing proof against this. The ambiguity of the encounter starts to melt the frontier between what is real and what is a fiction.

There is no clear progression in “Last Year at Marienbad,” nor a conclusion that reveals something about the nature of the manor, the characters, or their interactions. There are simply several episodes in which they interact with each other and the manor, constantly playing with the oneiric atmosphere of the film. The challenge of the film is to accept and enjoy the ambiguity that it presents to us, in opposition to the clearness of a traditional narrative.

This was the film that made Tarkovsky’s first photographer scared to the point of walking away from the project, though he later said that it was the best work of the legendary Russian director. The film displays several episodes not ambiguously linked without any clear thread.

Many of the episodes are autobiographical and are accompanied by the poems of Arseny Tarkovsky (Andrei’s father) in the voice of his son. They are presented in the classic Tarkovsky atmosphere of organic sound, long takes and nature.

There are characters that appear in several episodes, and there are episodes that appear in several parts of the film, but the juxtaposition between them is never clear. It is as if Tarkovsky is trying to present a perspective on life rather than a story, making “The Mirror” a very challenging film since it involves the active participation of the viewer, who must interpret the film and give sense to it.

This film is the greatest example in Tarkovsky’s filmography of the role he wanted to give to his viewers, one in which he respects them and assumes their intelligence and sensitivity.