It seems most fitting to watch Melancholia (2011) alone given that it’s a film about depression. The entire piece is laced with themes of woe, helplessness, and fatigue, mimicking the suffocation of the illness for the audience. The film is not a light-hearted piece and definitely best watched alone.

The entire of experience of the film is altered by viewing in isolation, allowing the viewer to feel the despair of those in the film. Immersion in such desolation doesn’t sound pleasant, but no one said that art has to be cheerful. Melancholia is a sensational piece, however, the audience must be prepared to appreciate the sadder, more fearful aspects of human emotion to understand it.

The film is set in two parts, each focused on one of two sisters – Justine and Claire –beginning with Justine’s disastrous wedding reception. The event is held on Claire’s estate and goes astray in every imaginable way. Justine’s father is a narcissist, her mother won’t keep her thoughts to herself, her boss reminds her of a work deadline during the speeches, she’s suffering from depression, and she cannot consummate her marriage.

All of this happens under the loom of aptly named Melancholia, a rogue planet threatening to crash into the Earth. Claire’s part becomes more complicated, as her sister’s depression worsens even though the rogue planet passes. Afraid that the end of the world is still coming, Justine is proven right when Melancholia starts growing bigger in the sky on its track to collide with them. Facing imminent death, Justine and Claire struggle to keep their composure.

Solaris (1972) is one of Tarkovsky’s most famous pieces, most notably for its place and influence in the beginnings of the science fiction genre. With respect to Stanisław Lem’s original novel of the same name, Tarkovsky’s Solaris is a calm, meditative piece, intertwined with philosophy and psychology.

The strongest reason to watch this film alone is found in the dedication it requires of its viewers to pay attention to the subtleties of Donatas Banionis’s and Natalya Bondarchuk’s performances, as well as the dreamy, delicate spaceship setting. It is important to note that Steven Soderbergh’s 2002 remake is not an apt replacement.

The film begins on Earth with psychologist Kris Kelvin being sent to a space station orbiting Solaris, following reports of strange sightings by multiple members of the crew. Upon arriving, he is soon faced with an apparition of his late wife, Hari. She can think and live like a real person, but upon learning that the real Hari died from suicide, she attempts to take her own life only to be revived by her rapidly healing body each time.

Meanwhile, the scientists on the ship try to further understand Solaris and the apparitions by beaming Kelvin’s brainwaves to the planet. Kelvin falls ill on the ship and falls asleep. When he wakes, he discovers that the vision of Hari has died, and that since his brainwaves were send to Solaris, all the apparitions ceased and islands have begun forming on the planet’s surface. 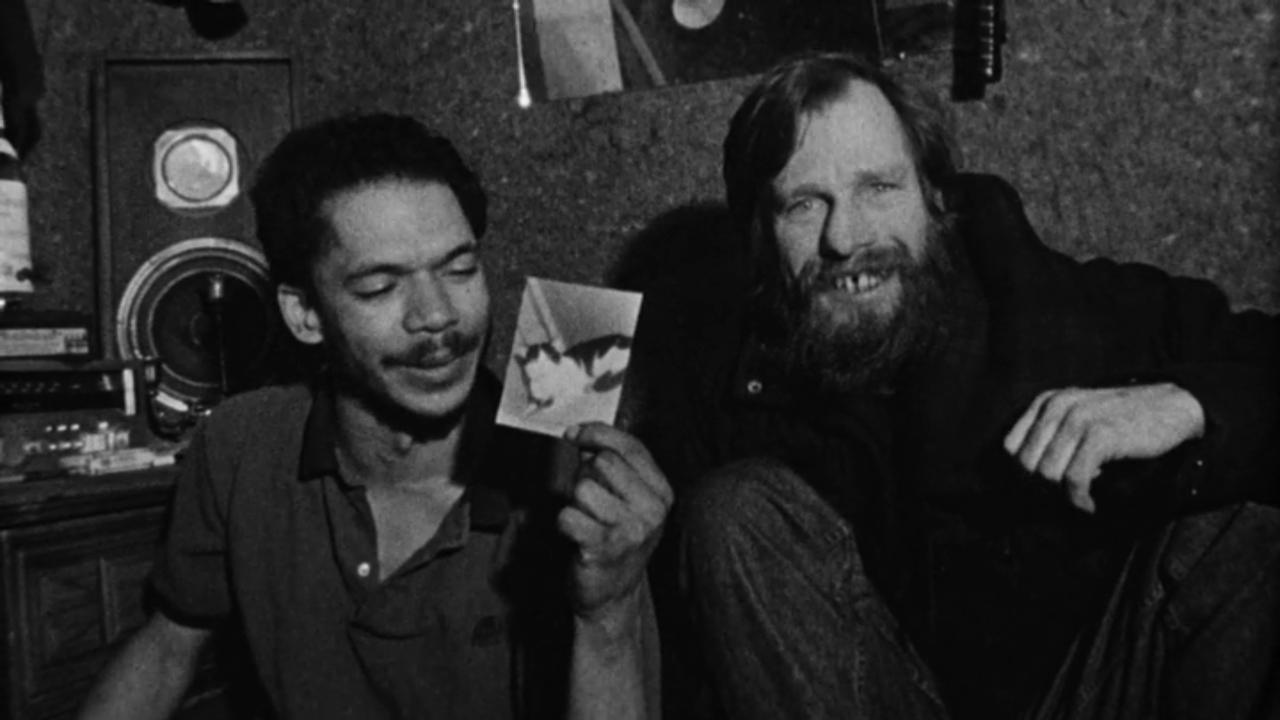 As the only documentary on this list, Dark Days (2000) calls for special attention. In gritty black and white 16mm film, Singer does what many people do not brave to consider. While the homeless are an after thought to most people, Singer lived with his subjects and took steps to guarantee their protection during the production and long after, ensuring that they reap benefits from their participation; when Amtrak wanted to evict the inhabitants,

Singer made sure that everyone inside could have means to find a place to live. Dark Days portrays a very humanistic approach to filmmaking wherein the subjects are not simply studied then edited to fulfil certain demands, but treated as equal to the rest of society.

Singer shot the film in the mid 1990s, focusing on the homeless communities of the Freedom Tunnel, an abandoned section of New York City’s subway system in Manhattan, where he meets characters from an array of backgrounds and learns the stories leading them to inhabit the tunnel.

Mostly sheltered from the bustle of the city, the Freedom Tunnel enables its citizens to build their own makeshift village, allowing some comforts and privacy without an address. Rejected from American society, the homeless men and women of Dark Days find solace in each other, creating a home for themselves.

Produced to mimic the je ne sais quoi attitude of the French new wave, Frances Ha (2012) is a worth contemporary successor to the movement. Baumbach and Greta Gerwig’s co-written screenplay portrays a slice of life, not really sticking to a traditional three-act plot structure but utilising the weightlessness of their script to further drive the main character’s – Frances Hallyday’s – nomadic lifestyle and lack of personal grounding. The film is an incredibly honest portrayal of the uncertainties and liberties of modern youth, remaining true to realistic outcomes rather than puffed up ideologies.

The film tracks Frances, beginning with her life as a dancer residing in Brooklyn with her best friend Sophie. Soon forced to move to Chinatown as she cannot afford to move to Tribeca with Sophie, Frances begins to drift, visiting Sacramento, Paris, then to an RA job at Vassar College.

Returning to Manhattan, she faces meagre prospects as a professional dancer and finds work teaching young children. The film ends with Frances reconciling with Sophie, but living in her own apartment.

10. World of Tomorrow by Don Hertzfeldt 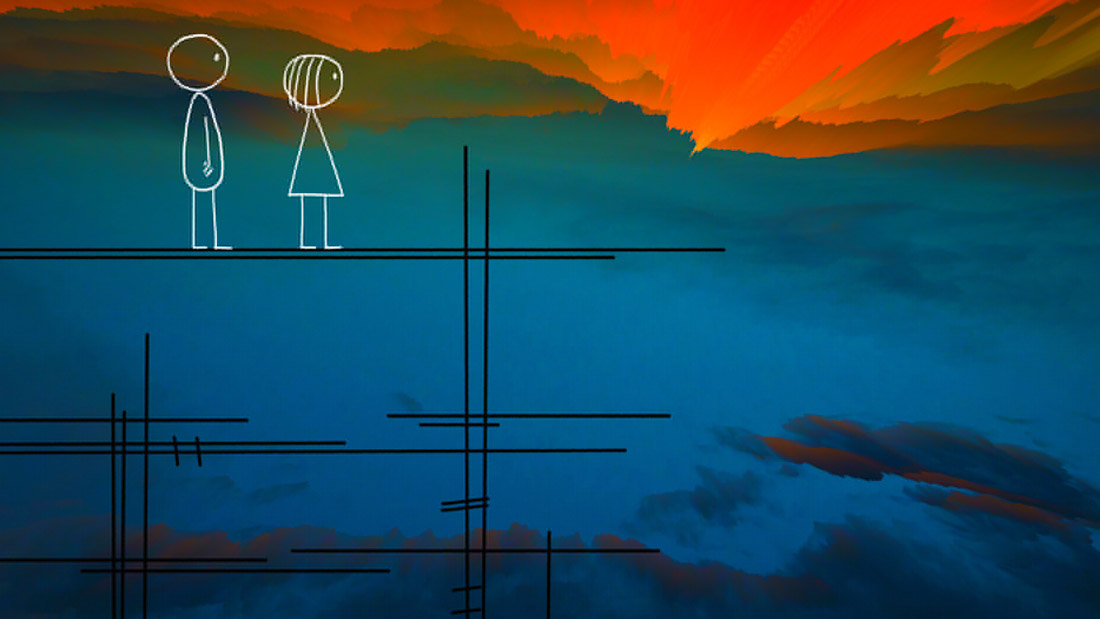 Since its release, World of Tomorrow (2015) has been the topic of critical acclaim and accord, winning at Sundance Film Festival, SXSW, and a nomination for an Academy Award, amongst dozens other honours. The film is a star example in the science fiction genre for its representation of the future and many fearful aspects of the possibilities of technology, namely: time travel, cloning, robotics, and space exploration.

The most jarring aspect of Hertzfeldt’s work is his use of recordings of his four-year-old niece, who provided dialogue for Emily Prime in the film. The juxtaposition of authentic infant curiosity and innocence against the stark terrors of what the future holds makes the film particularly unique, and the message it sends much more fortified than most pieces of the genre.

In Hertzfeldt’s kooky animation style, the film begins with an empty white room. A communication device beeps, and soon appear Emily Prime and what is shortly revealed to be her clone. The clone has brought Emily Prime to the future through experimental time travel and begins by explaining who she is. Clone Emily takes Emily Prime though key moments in Clone Emily’s life, showing her what the future brings.

Coming to an end, Clone Emily reveals that she connected with Emily Prime for the sole purpose of retrieving a memory that has been lost through generations of clones, but lives on in Emily Prime, before the Earth is destroyed. The story serves as a reinforcement of the inimitable value of real human interaction and love, which no technology can replace.