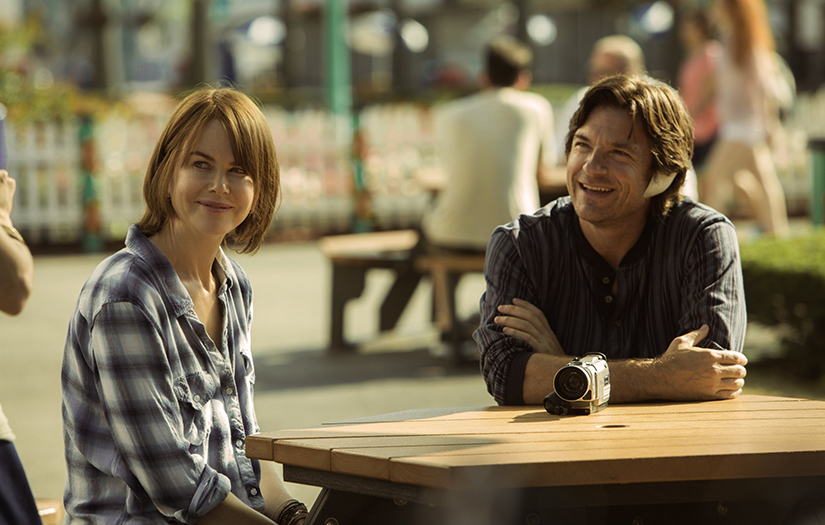 Starring Christopher Walken, Maryann Plunkett, Nicole Kidman, and Jason Bateman (who also directs), the film tells the story of siblings Annie and Baxter Fang (Kidman and Bateman), who are scarred from an unconventional upbringing by famous performance artist parents who were renowned for their sophisticated public hoaxes.

When their parents disappear under unusual and disturbing circumstances, Annie and Baxter return home to investigate and hopefully solve the mystery. Did their parents meet with foul play? Was it an accident? Or, in keeping with their personalities, is this just another elaborate con carried out by a family famous for perpetrating them?

Walken and Plunkett are terrific as the parents Caleb and Camille Fang. Walken, particularly, seems to be having tremendous fun with the role. Kidman is also great, as always, in what seems to be a recent trend toward roles in smaller, lower scale productions.

The real story here, however, is the behind the camera work of Jason Bateman. While quite experienced in television, this was only his second feature film as Director. The movie is well paced, solidly put together, and highly focused on character. Most importantly, Bateman clearly knows the story he wants to tell and how he wants to tell it. A solid film that went virtually unseen.

It would be thought that excellent reviews, combined with the talents of Liam Neeson and Sigourney Weaver, would be enough to create significant interest, yet neither did much to assist the film upon its release in the United States.

Lewis MacDougall plays Conor, a boy of twelve struggling to deal with the illness of his mother. Placed in the care of a not particularly sympathetic grandmother (Weaver) and coping with bullying classmates, Conor is at a difficult stage of his life. He feels both cornered and lost.

It is at this point that a monster appears at his bedroom window in the form of a huge and ancient tree. Using performance capture technology and voiceover, Liam Neeson is marvelous as the monster referenced in the title. Sensing the need in Conor, The Monster takes him on a journey to discover truth and his own courage.

The film deals with very adult issues and often grim subject matter, handing them in realistic and often heart-breaking fashion. This is a seriously themed film that elevates itself well above any idea of light entertainment. Yet, there is real magic here. The animated scenes are visually stunning and the film has a deep and quite moving emotional impact. Largely blending drama and fantasy, this was one of 2016’s most underappreciated films. 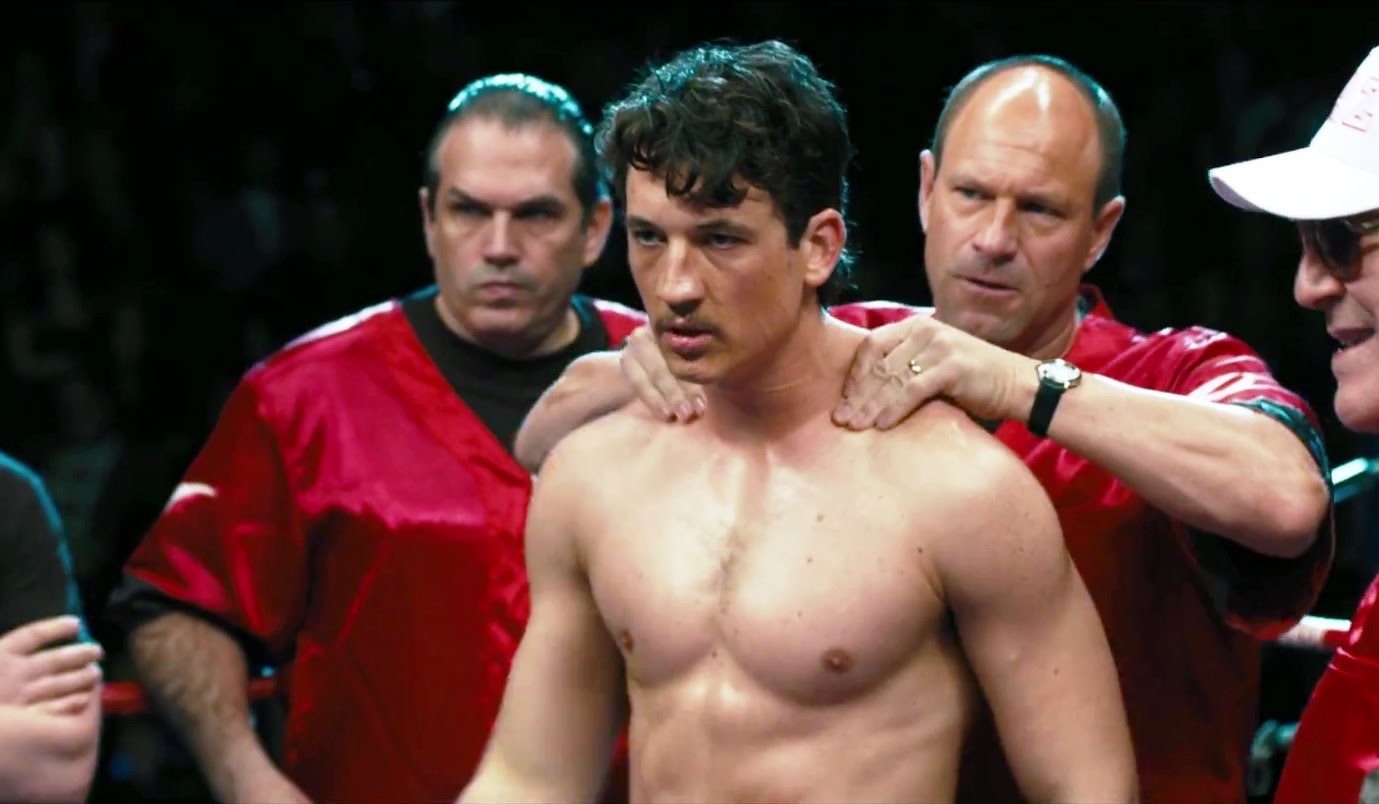 Vinny Pazienza was a world champion lightweight and junior middleweight boxer who suffered a serious spinal injury in a car accident, forcing him to relinquish those titles and leaving his ability to ever walk again in serious doubt. Bleed for This is his story, detailing both his fights and the prolonged and painful rehabilitation required for him to regain his ability to walk and enter the ring once again.

Miles Teller, following up his excellent work in Whiplash, gives another outstanding performance in this film as the champion boxer. He is intense, physical, and magnetic, delivering a performance that truly elevates the movie.

The film is directed by Ben Younger, who is probably previously best known for the investment drama Boiler Room. In this film, he handles the boxing and training scenes with a grit and authenticity that display a genuine understanding and appreciation of the sport.

Excellent here also are character actor supreme Ted Levine as promotor Lou Duva, Aaron Eckhart as boxing trainer Kevin Rooney, and Katey Sagal as Vinny’s mother Louise. This is a well above average sports biopic that went underrated and largely unnoticed in 2016, with under five million dollars in total ticket sales. Recommended for fans of sports or comeback stories. 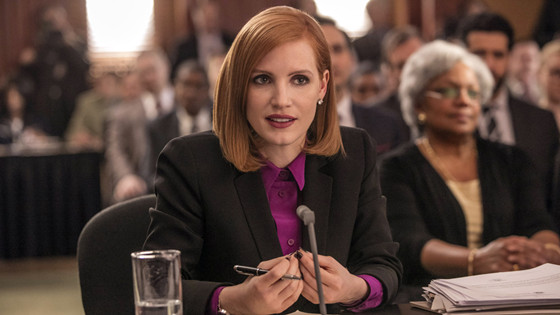 The biting, bitter, and backstabbing world of political lobbying is examined in this film for which Jessica Chastain received a Golden Globe Best Actress nomination for an intense and energetic performance that has a chilling detachment at its core. Directed by John Madden, the film is slick, crisply directed, and continuously moving.

The script, although slightly contrived and convenient in places, serves the progression of the story and its central character. Chastain plays Madelaine Elizabeth Sloane, a high powered and esteemed lobbyist in D.C. for whom winning is the only conceivable and acceptable outcome. Consumed by career, Sloane is a cunning and ruthless adversary who considers no measure overly severe as long as the desired outcome is achieved.

Eventually, however, Sloane encounters an opponent that pushes her into an area of tremendous moral ambiguity. What unfolds is a series of events in which Sloane is not a true heroine, rather simply the best of a bad cast of characters.

Sleaze and corruption are central themes in the film and Madden is not shy about putting them on full display. While not a perfect film, this is an intriguing, topical, and timely story that rides on the shoulders of Jessica Chastain’s compelling performance.

While it received an Oscar nomination for Best Animated Feature Film and was almost unanimously well received critically, the film generated little interest among those visiting theaters and was not a resounding commercial success.

Voiced by Tom Noonan (multiple voices), Jennifer Jason Leigh, and the always remarkable David Thewlis, the film describes a man who is deeply disconnected from other people and the world in general. Thewlis plays Michael Stone, a man with a hollow, repetitive emptiness at his core. It is as if a vacuum encases him as he moves through life, blunting his every experience and emotion.

Then, on a business trip, he meets Lisa Hesselman (Leigh), an extraordinary woman who begins to open up his mind and world. As their relationship develops, Michael realizes that there might be an alternative to his dreary existence.

The film is co-directed and written by Charlie Kaufman, who has also written screenplays for such modern classics as Being John Malkovich, Adaptation, Eternal Sunshine of the Spotless Mind, and others. Here, he presents a portrait of the bleak isolation faced my many in the modern world. It’s not a comfortable feeling, or story, but is presented with such detail and conviction that we can’t help but recognize its reality. A somewhat troubling yet thought provoking film.