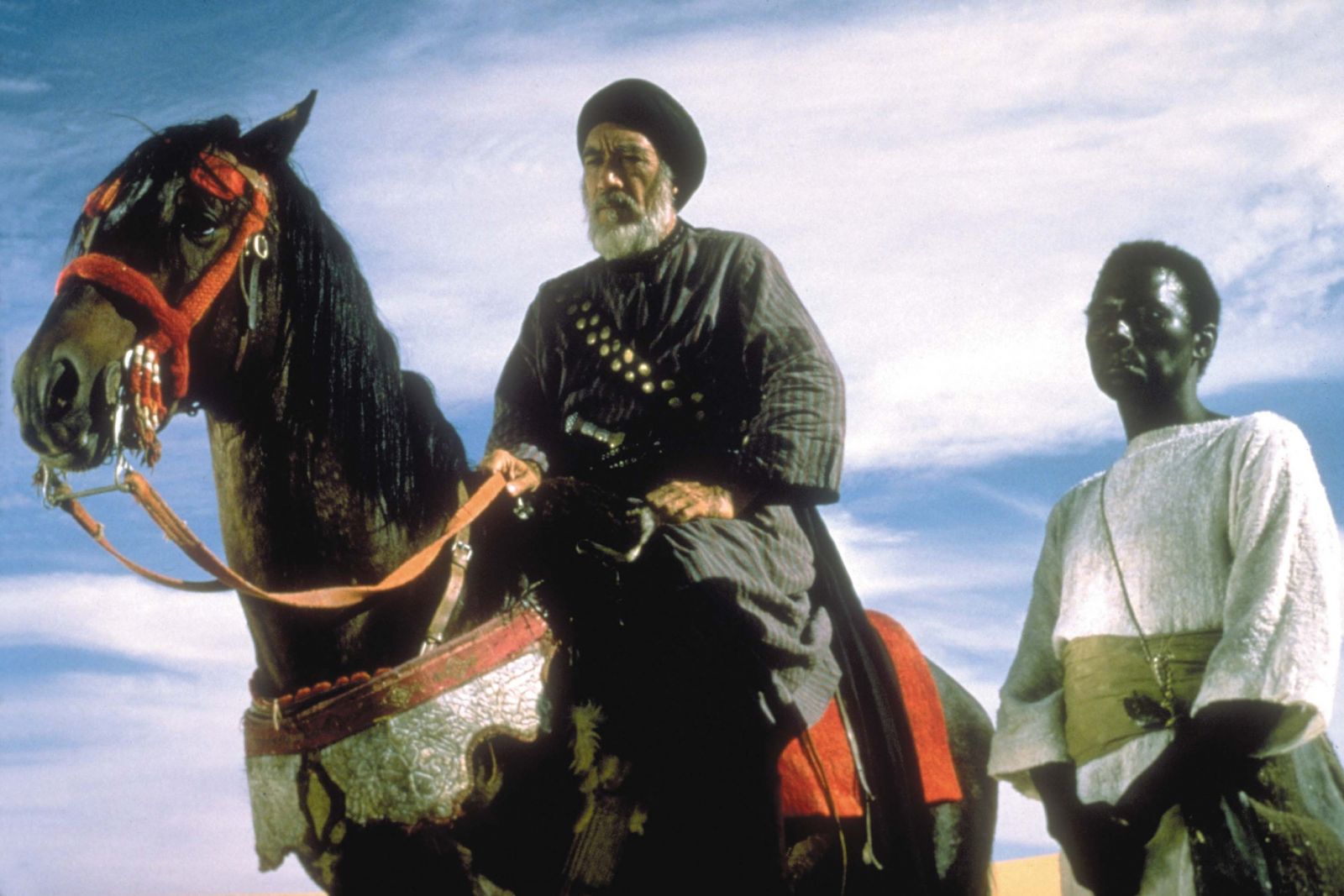 The Message tells the story of the Muslim prophet Mohammed, and if you know anything about Islam, you’ll know that that is a major problem. It is strictly forbidden depict an image of Mohammed. Many filmmakers have come across this problem before and the uproar it unleashes. Perhaps the best known recent example is when South Park depicted the image of Mohammed, but out of fear of a major backlash, the network, Comedy Central, refused to show the prophet’s image, simply covering him up with a sign saying “censored”.

The film was even supposed to be titled Mohammed, Messenger of God, but after the director, Moustapha Akkad received a number of death threats over the phone, it was changed to simply the message. But the issues didn’t start there. The film was a huge challenge to get made taking more than seven years with a Akkad having a lot of trouble finding financial backers for it. Saudi Arabia was particularly active in trying to prevent it getting made.

The fact that Mohammed could not be shown actually contributes to how great a film it is. You can’t help but admire how they worked around it. While the story is about Mohammed, he is never shown and the story focuses mostly on Hamza (Anthony Quinn), Mohammed’s uncle. There are some scenes though that are from Mohammed’s point of view, but you never see him and anything he is supposed to say is never heard directly from him in the film, but repeated by someone around him.

Naturally, there was a lot of violent protest around this film including riots in Pakistan. Much of the controversy in the US took place after an extremist group named the Hanafi Movement staged a siege in protest of the film, threatening to blow up a Jewish chapter of the B’nai B’rith. The situation was resolved after the deaths of a police officer and a journalist. Unfortunately, the controversy was too much and the film was not much of a success.

You need a really a strong stomach and a tough mental well-being to get through this one, its a real tough watch. Rape, graphic violence, tons of nudity, psychological and sexual torture, oh and eating feces… This film is so hard to watch Roger Ebert once claimed to have owned it on laserdisc (when that was a thing), but he could never bring himself to watch it. When you Google it, it is still defined as ‘Drama/Pornographic’.

Salò, or the 120 Days of Sodom was directed by Pier Paolo Pasolini and is about the forced captivity of 18 teenagers for 120 days by four powerful men. It is based on a novel by Marquis de Sade, but its setting was updated to the short-lived northern Italian puppet state of Salo, or the Italian Social Republic. Dante’s Divine Comedy was also a major influence and the film is split into four parts.

Today Salò, or the 120 Days of Sodom is still banned in a number of countries and only in the last 20 or so years have countries such as Australia, New Zealand, and the UK, for example, started relaxing the ban.

A lot of critics were disgusted by this film, with some declaring it as having no meaning. The Catholic church also hated this film a lot too. Not just because of its themes, but also as one of the main antagonists was a bishop. Not only does the bishop partake in violence, bullying, and sex with another man, he also performs a kind of ‘black mass’ wedding, marrying the other antagonists – the president, magistrate and a duke – to other men.

So how on Earth could this film possibility be redeemable? Well, that’s to do with the themes it deals with and how they link together with themes of abuse of power, and most importantly, fascism. By watching the film, you are both a victim and a perpetrator of the characters actions. Over time it has been subject to a lot of critical analysis and has also named one of the best horror movies ever made.

Before Bonnie and Clyde, audiences were not used to seeing such a violent film in mainstream cinema. What made it even more controversial was how the audience was placed to view the film, glorifying and romanticizing the two violent gangster protagonists who were real-life criminals who actually killed people, including nine police officers, and at the time of the film’s release, the families of the victims would still be alive. On top of that, the film was also criticized for being revisionist.

Bonnie and Clyde blurred the lines of characteristics usually associated with either good or bad characters. Before Bonnie and Clyde, audiences were usually placed to feel connected to the ‘good guys’, innocent people, while the bad guys never usually had redeemable or likeable features. Bonnie and Clyde made the audience feel some compassion towards violent individuals by making them likable, utilizing conventions from romantic films, comedies, and tragedies.

The film is particularly memorable for its slow-motion ending in which the two characters are graphically shot to pieces by Tommy guns. By today’s standards, it may not appear that violent, but it also said to have opened the floodgates to violence in cinema, which you could say is pretty influential.

Un Chien Andalou is an incredibly strange surrealist film made by Luis Buñuel and Salvador Dalí. In the late 1920s, people weren’t used to such an unconventional film, in fact, it was specifically made to be that way, to challenge audiences perceptions of what film should be. Even the film’s title, which translates as ‘An Andalusian Dog’, doesn’t make sense as it has nothing to do with the plot or even anything.

Many have attempted to work out what it all means, but none of the symbolization means anything and that’s precisely the point. It has been praised by critics for its absurdity and panned by those who question the point of a film with no meaning. But perhaps Buñuel himself was most critical. He hated how the people he wished to mock, artsy intellectuals, loved the film.

Some parts of the film were particularly controversial, including a scene at the beginning of the film that features an eye being sliced open with a razor within the first minute. That alone, for 1929 would have been quite disturbing. The film also has Oedipal themes, between the protagonist and what is believed to be his mother.

Buñuel expected outrage and was rumored to have had stones in pockets during the initial screening of the film, just in case he had to defend himself from an angry mob. Funny enough, Dalí was disappointed and expected more anger from the public. In a sense, Un Chien Andalou is one of the first films ever made with the sole intention of offending people. 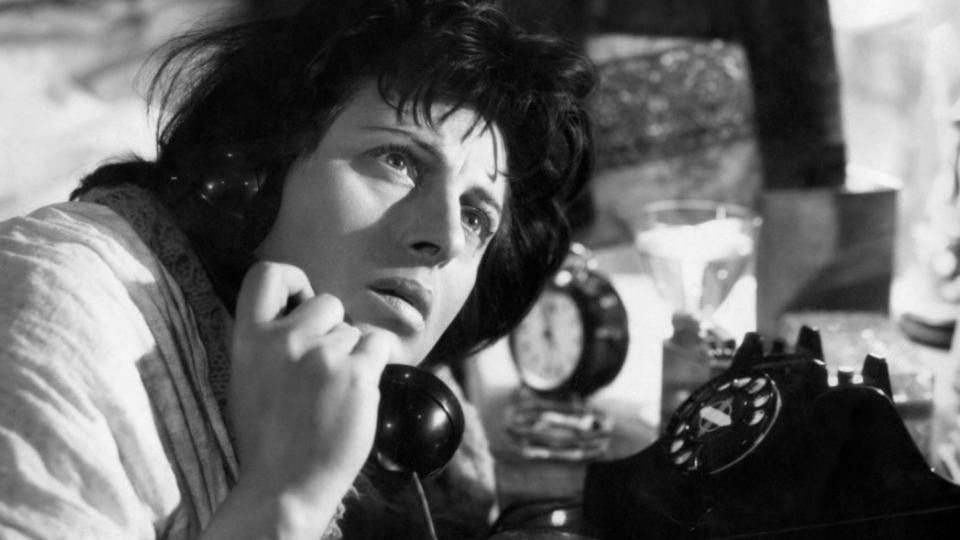 L’Amore is actually a film divided into two episodes both directed by Roberto Rossellini. The first episode, “Una Voce Umana” (“A Human Voice”), is about a phone call and didn’t stir that much controversy, but the second one, “Il Miracolo” (“The Miracle”) sure did.

Il Miracolo tells the story of a deluded and deeply religious goat herder who believes she is the Virgin Mary and one day meets a man she believes he is Saint Joseph. He gets her drunk, she passes out and it is assumed he rapes her off-screen. Not long after this she finds out she is pregnant and believes it to be a miracle. In the final scene, she is shown giving birth in a church.

Naturally, this was hugely controversial with the Christian church and it was banned in a number of countries, including the US for a number of years. It was also controversial because of the assumed rape that happened between the two characters. The film played a major role in the discussion of what could and could not be banned. In the US, eventually, the film’s ban was lifted as it was classified as free speech, which also opened the gates to other films that had religious themes, controversial or not.