5. Eternity and a Day

It is through the conception of its relationships with time that an individual makes sense of itself. What was, what is and what will be are questions that are answered through the meditation on memory, a subject that Angelopoulos give to its lead character in his 1998 film, “Eternity and Day.”

A writer named Alexander starts a journey with probable death at his front door, trying to find a new owner for his dog. He ends up saving a young immigrant kid and taking an inner journey where the nostalgic relationship he has with his past and the past of Greece in general is revealed through the mesmerizing language of the Greek master.

Throughout the film, the regrets that Alexander has of his past and the nostalgia he feels for the people that are no longer with him is shown in marvelous long shots where the frontier of time is transcended. The past becomes present as Alexander faces his living wife and dances a last waltz with her in the ruin of the house they shared.

At the end of his life, the man tries to make sense of it and this is done through his past, a presence that is revealed through the beautiful soundtrack that Eleni Karaindrou composed for the film. 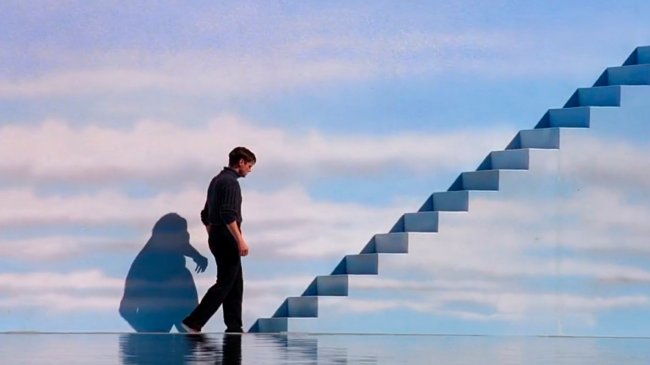 Here is another film that puts its character in an existential dilemma where he doubts on the reality of the world. Released in 1998, this film directed by Peter Weir, written by Andrew Niccol and starring Jim Carrey, presents a character named Truman who is part of the most ambitious T.V. project ever; a show that has been live for as many years as Truman has been alive and where an entire town is simulated in order for Truman to believe it is real.

The film show the final days that Truman spends in the dome that has been built for him as he gets suspicious of the reality of his life, and gets determined to get out of the town he has never left.

In order to keep Truman from leaving the island, the show creator has crafted in him the fear of water, which surrounds the island, but this fear is in constant conflict against the desire of leaving the island and re-encountering a lost love. The nature of reality is explored in this great film where the character of Truman, trying to get away from the dome, is turned into an allegory of human search for freedom, similar to Plato’s Allegory of the Cave.

By the end of the film, as Truman faces a black door that will take him away from the light of the world he knows into the unknown and mysterious exterior world, he touches the threshold of his familiar world, says goodbye, and journeys into the exterior. 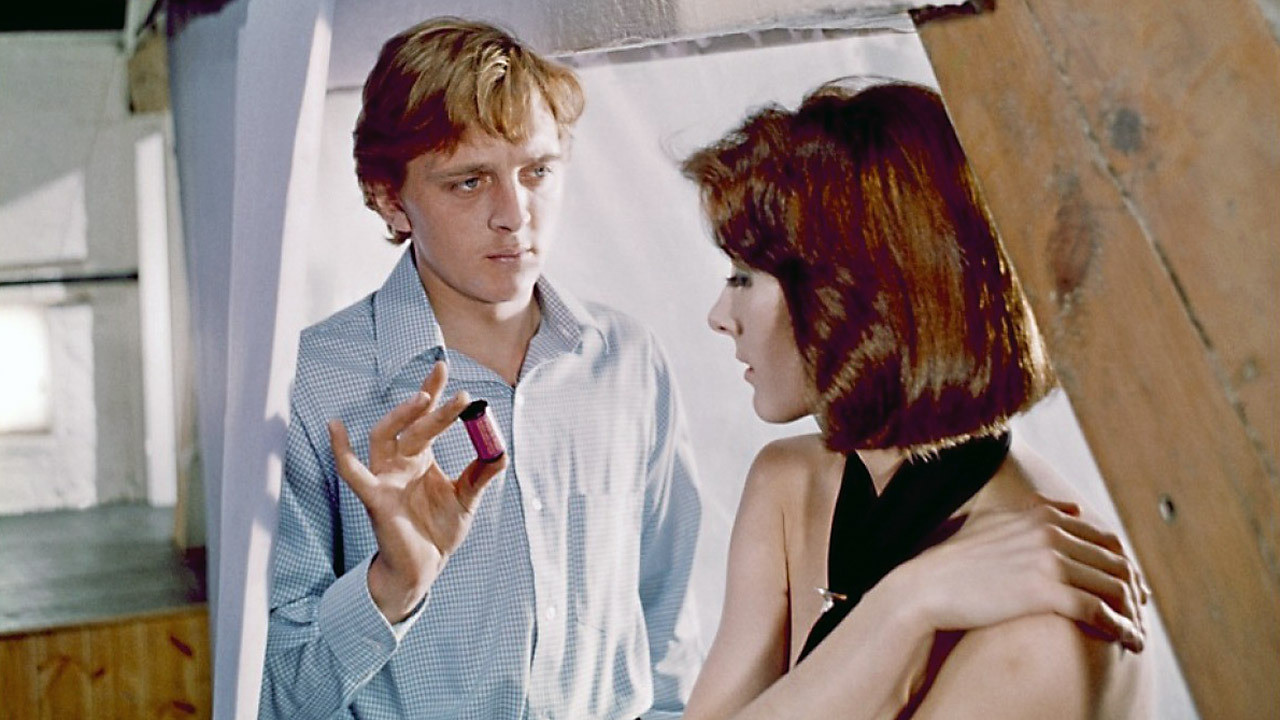 In 1966, after the four films that Antonioni made on the dynamic of relationships of the modern world, he released a film that tackled a whole different subject: “Blow-Up.” Based on the short tale “Las Babas del Diablo,” written by Argentinian writer Julio Cortazar, the film is about a fashion photographer who’s invested in the investigation of a crime he believes he has discovered.

The photographer discovers and investigates the crime only through the fragments for reality he has captured with his camera, thus there is a constant barrier between reality and himself; he is only able to know it (reality) through fragments, and thus the mystery he tries to unravel remains.

The lead character, a photographer, is unable to distinguish what is real due to the barrier that his experience implies. Subverting the traditional mechanism of creating a point of view that allows us to understand the character, Antonioni puts us in a similar perspective to him, unable to unravel a mysterious reality of which we only see fragments.

Creating a marvelous meditation on reality, the film builds to one of the greatest endings in film history as a group of mimes plays tennis without a ball as the photographer sees them. By the end of the scene, the photographer takes part of the game with the invisible ball, only to disappear in an ambiguous and provocative ending. 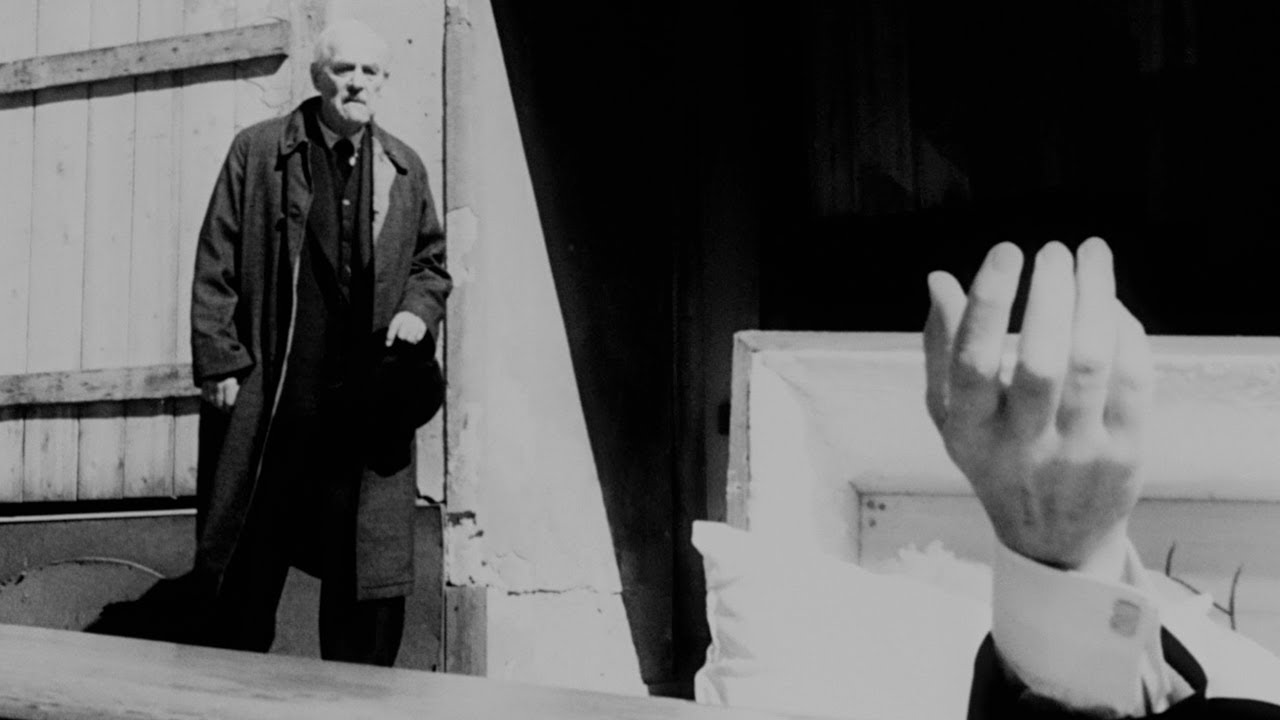 After the deep pessimism of “The Seventh Seal,” in which Bergman addressed the relationship of man and death, and after a period of sickness and reclusion in a hospital, Bergman made one of the most optimistic films in his career, tackling again death but with a different treatment.

“Wild Strawberries” was released in 1957, starring legendary pioneer of Swedish cinema Victor Sjöström, and many of the constant collaborators of Bergman. In this film, Bergman presents an old and bitter man who decides to take a road trip to Lund University to receive an award, while he tries to make sense of life and its worth.

Bergman is known as one of those directors who tackles cinema with an unseen seriousness and philosophical approach. The existential dilemmas presented by philosophers such as Soren Kierkegaard or Martin Heidegger could be seen in his films, but through the experience of his characters.

In “Wild Strawberries,” retired doctor Isaak Borg sees his bitter conception of life challenged by his interaction with the young people who accompanied him on his journey.

By the end of the film, and with the journey of the conception of life, the doctor has changed with a more optimistic lens, and his relationship with the past has also changed. The character transformation is masterfully depicted by Bergman through his precise direction and his ability to create symbols that express the inner life of the characters.

Originally named “Offret,” this 1986 film was the last feature film that Tarkovski made before dying of cancer; in fact, he made this film while being deadly sick. Maybe with the idea that it was likely his last film, he dedicated the film to his son, with the words, “With hope and confidence.”

This was one of the films that Tarkovski made outside Russia due to hardships he faced there; he worked with traditional Bergman collaborators such as legendary cinematographer Sven Nykvist and actor Erland Josephson. It was also shot on an island close to Faroe, the island where Bergman shot his films, thus it displays the special lighting conditions that are characteristic of that zone of Scandinavia.

Throughout the film, a retired actor faces an apocalyptic atmosphere where the Cold War has exploded and nuclear Armageddon has taken over Earth, but the entire film takes place on the island where he lives with his family and friends, and we only know about the outside world through radio, comments, and the changes of atmospheres.

The lead character Alexander faces a profound existential crisis as he sees the world coming to an end and tries to make sense of his life decisions. By the end of the film, he is faced with a decision that involves a leap of faith that only he can take and that is far away from reason, resulting in one of the most ambiguous and beautiful endings in film history.