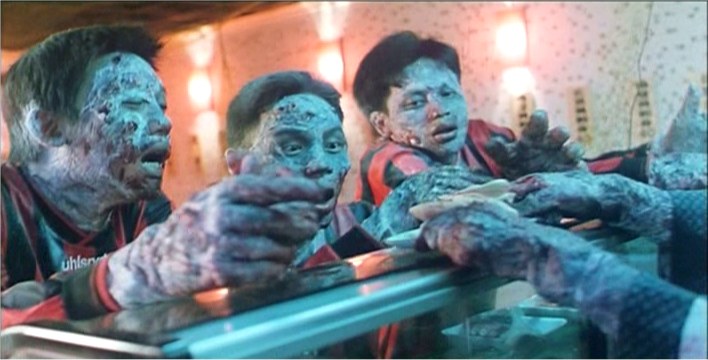 By the late 1990s Asian horror was quickly beginning to outpace the works being produced in Europe and North America – if not in terms of quality, certainly in terms of graphic mayhem. While Western-genre movies tried to downplay all the gore and over-the-top violence, filmmakers in Hong Kong, Japan and South Korea were just reveling in the excesses of the genre, and few films demonstrate that regional exuberance as much as Wilson Yip’s Bio Zombie.

Six years before Shaun of the Dead, Yip brought us an earlier Dawn of the Dead-parodying horror comedy, which mixed the gross out gore of Dead Alive with the idiosyncratic, not-even-close-to-being P.C. whackjob humor of fellow Hong Kong flicks The Untold Story and The Ebola Syndrome. And if absolutely nothing else, it remains a must-see for being the first movie in cinema history in which the Game Boy Camera device plays a crucial role in a plot.

Just one year after Scream, the watershed of contemporary self-reflexive horror, was released, Michael Haneke did us one better and gave us a horror offering that was LITERALLY self-reflexive. Essentially your standard home-invasion thriller in theory, Haneke’s movie plays around with plenty of genre tropes and conventions, at several times breaking the fourth wall. 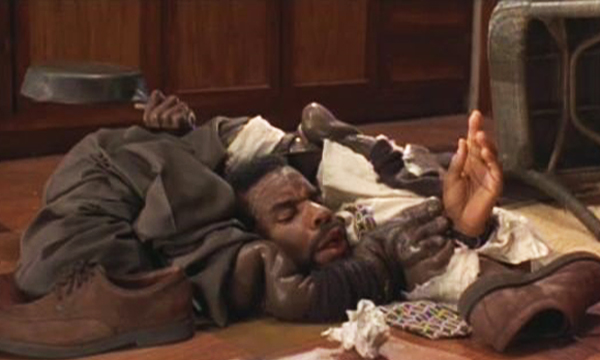 Rusty Cundieff’s mid-decade horror anthology is pretty much the Creepshow of the 1990s. Rife with commentary on racism, police brutality and gang violence, Tales From the Hood is certainly one of the pioneers of what we now call “social horror,” and one of the few genre films from that era that feels every bit as culturally relevant now as it did 25 years ago.

With vignettes about zombies going after corrupt cops, Klan members getting chased around by possessed voodoo dolls, gangbangers being put through A Clockwork Orange style deprogramming torture and young boys being abused by monsters that may or may not be their stepfathers, there’s definitely a lot of heavy material to trudge through.

Thankfully, all four of the stories – plus the wraparound narrative about a kooky funeral home director trying to sell “drugs” to three hoods – are expertly paced and very well acted. Very, very few movies from the decade are as unnerving and entertaining as Tales From The Hood – if you’re looking for a horror flick from the Clinton years that hasn’t aged a bit, this one needs to be added to the top of your “to-see” list pronto. 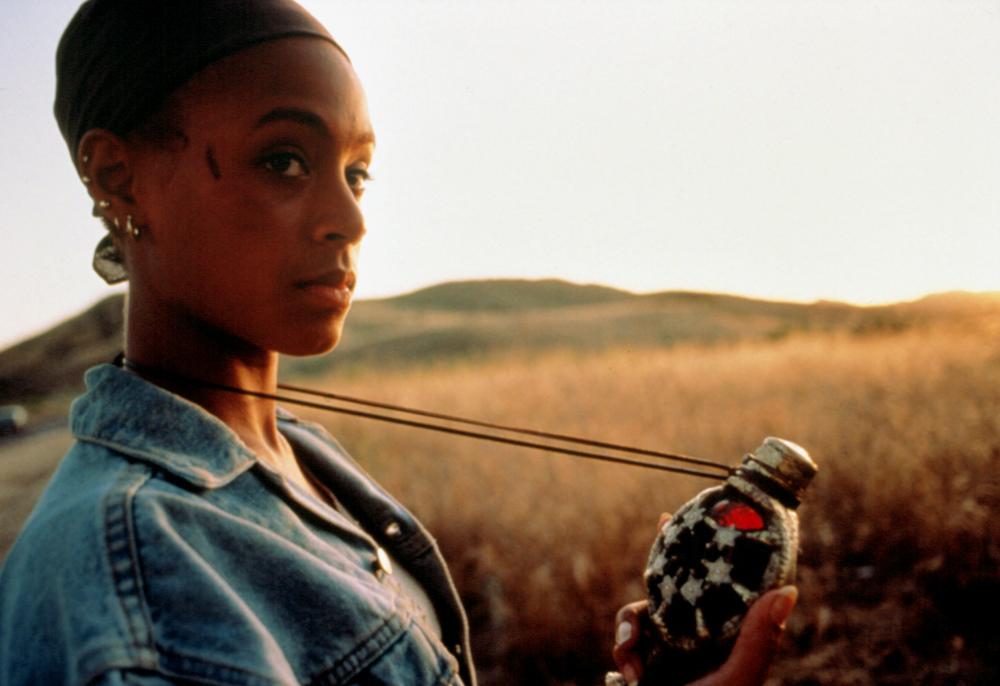 When it came time for HBO’s beloved series to make the leap to the silver screen, most people assumed they would have played it safe and made it an anthology film a’la Creepshow. Instead, director Ernest Dickerson gave us a feature length demonic possession/zombie armageddon mini masterpiece in the vein of Night of the Living Dead and Demons.

Much like those two earlier films, Demon Knight works by creating an intense air of claustrophobia and clashing personalities – and unlike many horror films from the era, all of the characters in the movie are fully fleshed out and given extensive backgrounds and motivations for their actions.

Considering the top-tier performances from legit actors and actresses like William Sadler, Jada Pinkett Smith, CCH Pounder and especially Billy Zane (whose antagonist The Collector is one of the most inventive and underrated horror villains in the history of the genre) a strong argument can be made that this movie has the best overall ensemble cast of any 1990s B- horror movie. And yes, the Cryptkeeper does show up at the beginning and ending of the movie, so don’t worry about missing any cringey puns about “Gory Cooper” and “Robert Deadford.” 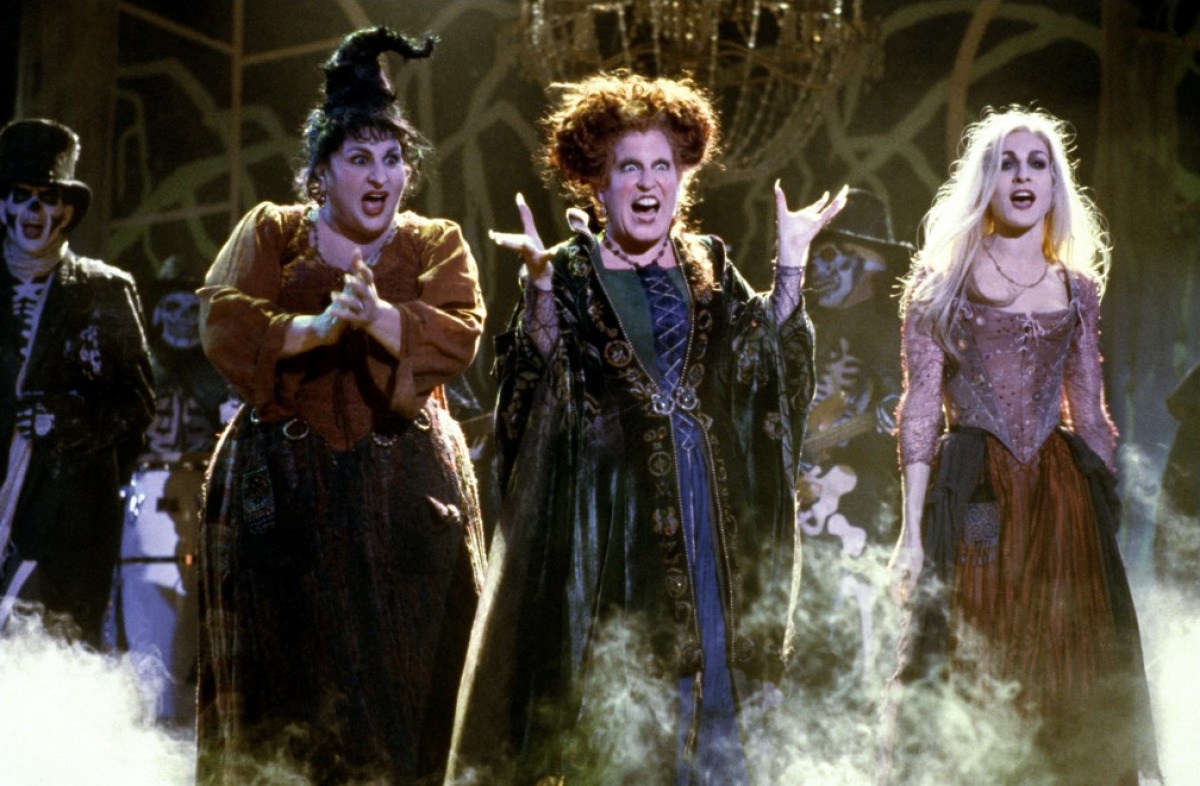 To this day, some people have the audacity to say this ISN’T a horror film. Yes, the same movie about undead witches who worship Satan and scheme to murder hundreds of children in some sort of unholy blood sacrifice. With flesh-bound spell books and zombies with their mouths gruesomely stitched shut and sequences of people being incinerated alive in school furnaces – not to mention some fairly risque jokes about virgins and, I quote, “yabos” – this is probably the darkest and edgiest movie Disney’s ever produced.

By now, the thing has kinda’ transcended being just another cult classic and is practically a mainstream Halloween rite on par with Pumpkin Spice Oreos and It’s The Great Pumpkin, Charlie Brown; not only is it a seminal ‘90s work, it might just be horror’s quintessential “entry-level” movie. 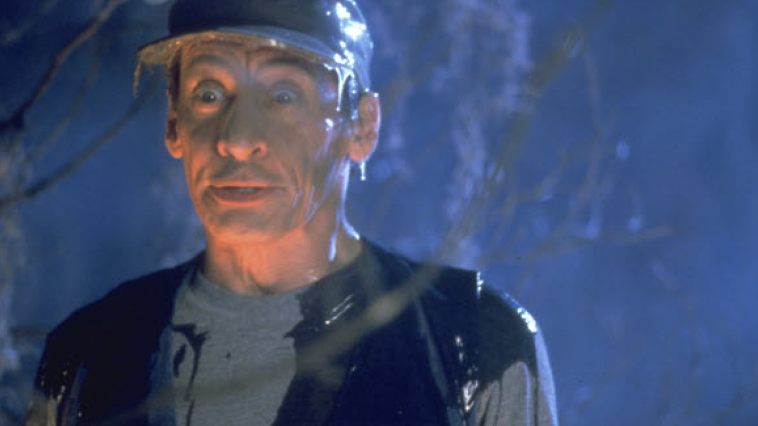 This might just be the greatest “gateway” horror film ever made. For a generation that lived in crippling fear of Freddy, Chucky and Jason, a supernatural-horror film starring the beloved, kid-friendly Jim Varney character certainly made the whole concept of “scary movies” more palatable and no doubt spurred many a ’90s kid’s interest in darker and more serious genre films.

And let’s not discount the monster effects – no matter how you shake it, those child-soul eating, lactose-intolerant trolls are downright nasty. Even now, this is supreme guilty pleasure material and pretty much required viewing come Halloween time; seriously, how could anybody hate a movie that contains dialogue like “how about a bumper sandwich, boogerlips?”

Now here’s a movie that seemingly everybody has forgotten about. While the movie is probably best known for bankrupting Kim Basinger (she dropped out of the movie at the last second and got sued for beaucoup bucks), the critical and financial flop certainly warrants a second look.

Proving she can do weird just as well as her daddy, Jennifer Lynch directed this ultra unnerving psychological thriller starring Julian Sands (yep, the Warlock himself) as a psycho surgeon who slowly amputates Sherilyn Finn’s appendages because she won’t stop making fun of him. So basically, it’s a gender-swapped and more depraved version of Misery – and if you’re part of the 99.998 percent of humanity who hasn’t seen it, it’s probably worth going out of your way to screen at least once. 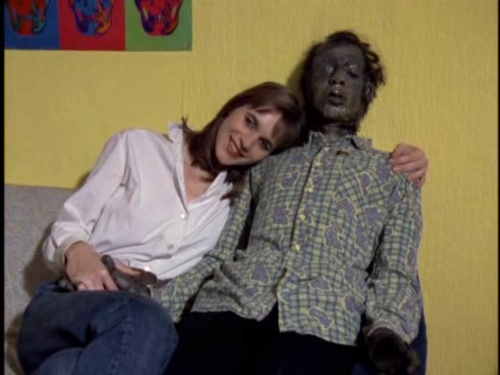 Believe it or not, director Jorg Buttgereit managed to make a real relationship drama out of a love triangle in which one of the participants is sans a pulse, and Nekromantik 2 does indeed work as a legitimate – even sympathetic – character study of a psychologically disturbed young woman with a penchant for cracking open some really cold ones.

Of course, this being a horror film it has to have a particularly gruesome grand finale, and – without giving away too much of the ending – let’s just say things get real unsettling in a real hurry. Naturally, a movie like this isn’t for all tastes, but if you’ve got a thing for extremely graphic, arthouse horror, it’s an absolute must-see. 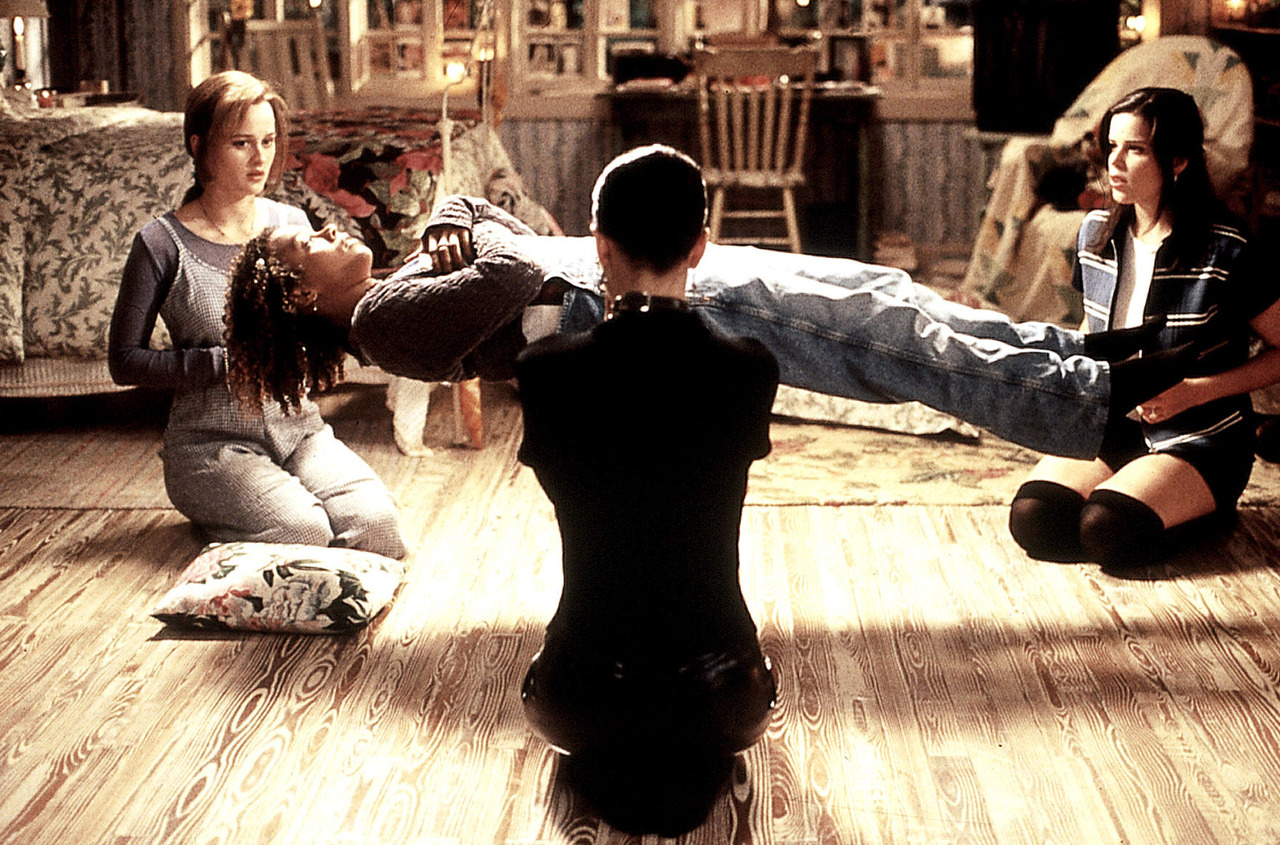 Although Scream gets the lion’s share of credit for resurrecting horror films in the mid-1990s, I’ve always thought Andrew Fleming’s The Craft (which beat Wes Craven’s seminal slasher to the box office by several months) has always deserved a little more recognition for its part in inspiring the genre boom.

A melodramatic supernatural thriller starring a gaggle of TV stars like Robin Tunney and Neve Campbell, The Craft mixed humor, horror and all the tried and true tropes of the typical teen movie into a fairly original tale about high school Wiccans slowly succumbing to the evils of the dark arts.

The overall style of the film – a juxtaposition of John Hughes-esque teen angst and lite Mario Bava hokum – pretty much laid out the groundwork for the next four or five years of Hollywood horror offerings, and even now holds up a lot better than its genre contemporaries (just try watching Idle Hands or Urban Legend nowadays.) And we’d be remiss to not acknowledge the pop cultural impact of Fairuza Balk’s character, who pretty much inspired the look of every high school wannabe goth rocker in America until at least 2004.

For better or for worse, this is unquestionably the movie that came to define horror in the 1990s. While self-reflexive, self-mocking horror films have been around since the heyday of Abbott and Costello, Scream upped the ante by creating an entire cinematic world where everybody was well versed on the cliches and conventions of Halloween, Elm Street and Friday the 13th.

Kevin Williamson’s script provided the hip, ironic-humor-laden post-postmodern engine that basically fueled Hollywood horror for another half decade, while Wes Craven’s sure-handed veteran directing gave Scream an intense, realistic quality that had been lacking from most of the decade’s big budget horror films.

While it’s debatable whether the film deserves as much credit as it received for “saving” horror – or whether the oft-imitated self-reflexiveness of the movie has done more good or harm to the genre in the long haul – there’s no denying it shook things up in 1996, and that even now, its reverberation is palpable on just about every Hollywood horror flick we see.