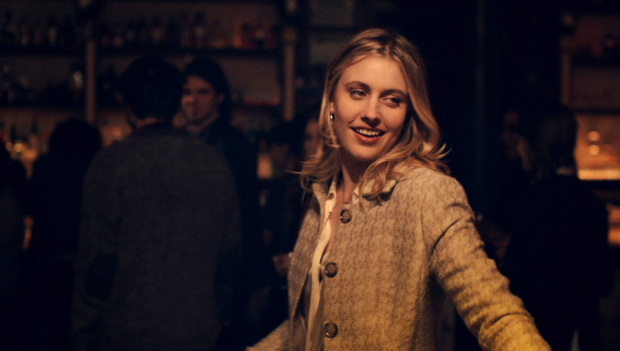 Mistress America is a quirky and humorous story of the relationship between two stepsisters-to-be. Lit up by the outstanding performance of Greta Gerwig and an equally good Lola Kirke, the movie follows a young and lonely student Tracy (Kirke) as she decides to meet the closest person she has in the new town – her future stepsister Brooke (Gerwig).

Despite the age difference, the two hit it off, as Brooke takes Tracy on a tour of her crazy and impulsive life, inspiring Tracy to write a not-so-fictitious story based on this fascinating person. Although this piece leads Tracy to success in her writing career in college, it threatens the bond the two girls have formed over a short time.

The Neon Demon is a dark critique on the social pressures on women from the beauty and fashion industries. The plot follows 16 year old Jesse (Elle Fanning) as she moves to Los Angeles, the city with lights as bright as her promised future in the modelling career. Possessing the gift of overwhelming beauty, Jesse moves up in this new world with an effortless walk that makes the modelling ‘veterans’ extremely jealous as they near their expiration date.

Jesse becomes a target for the bloodthirsty models who will do anything and everything to get rid of competition and stay in the game – but they aren’t the only threat to the young protagonist who has been naively blinded by the bright lights of the city and the podium as she is forced to pay the harsh price of beauty. 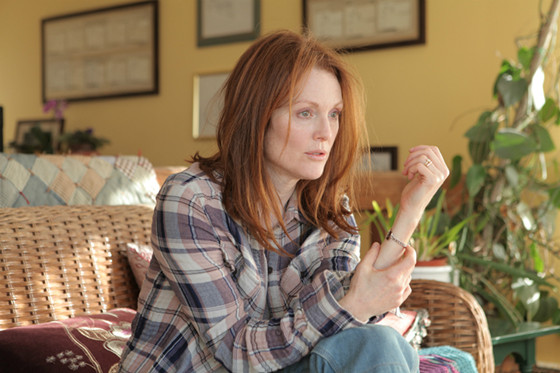 Still Alice is a beautiful and tragic story of a woman whose life begins to fall apart, like herself, after she is diagnosed with Alzheimer’s disease that with a slow brutality eats away at her memory.

Julianne Moore, whose performance won her the Oscar for Best Actress, bravely takes on the difficult role, convincingly and without exaggeration portraying a woman who is a victim of the terrible disease. The character herself is as courageous and strong as they get, despite the difficulties life has put in her way, as she is forced to come to terms with the power of the shadow that the illness has cast over her and embrace the harsh reality.

Like a true hero, Alice is selfless; predicting the situation of her future she ensures the least amount of suffering and pain for her loving family. Still Alice depicts the challenges the protagonist faces due to her disease and its effect on her relationships with the people around her.

If they lead role is given to Isabelle Huppert, chances are the movie can’t go wrong. In Things to Come Huppert brilliantly plays Natalie, a philosophy professor going through a midlife crisis after a recent unforeseen divorce.

Despite the simplicity of the story, Things to Come offers a complex and deep look into the protagonist’s life as a wife, mother, daughter and passionate professor as she goes through dramatic personal changes, trying to re-establish her grounding.

Filled with feminist views that the protagonist holds, but often goes against, and cottoned up with the ongoing theme of loneliness, Hansen-Love’s fifth feature is a movie about women, life, experience and of course philosophy.

Mustang is an emotional drama dealing with the difficult lives of five orphan girls. After being caught playing with a group of boys at the beach, despite the innocence of the reality, the girls’ relatives and guardians, who are Turkish conservatives, take matters into their own hands by locking them up in their house as they arrange for the barely adolescents to be married off.

Instead of learning ordinary everyday things, the girls begin to be instructed on household running, as they are attempted to be turned into perfect wives-to-be. But as the pressure pushes down onto the little ones, the sisters find ways to experience freedom, no matter the cost.

One of the great films from last year about women and directed by women was the wonderful indie American Honey. A coming-of-age tale about a young girl struggling with poverty, the film follows Star (Sasha Lane) on a road-trip journey as she joins a magazine selling crew of young people like herself. This brings her into the world of wild parties and a dangerous lawless lifestyle as well as passionate love, in which she tries to survive while staying loyal to her morals and ambitions.

Arnold puts a lot of focus on her protagonist as a woman, as well highlighting the theme of female sexuality as she empowers Star despite her past of sexual abuse by which she is never characterized. Throughout the movie Star is shown to be in full possession over her body even when her methods of assertion are quite controversial which is brought forward by the new-coming actress’ fantastic and daring performance.

In Jackie, Larrain tells the assassination of John .F. Kennedy and its aftermath from the point of view of his wife Jacqueline Kennedy. The biopic touches down on the most emotional and painful aspects of her experience, creating an incredible biopic that shows us Jacqueline Kennedy (Natalie Portman) in a new light, earning her both the audience’s sympathy and respect as we get a ‘behind-the-scenes’ look of her public image.

Jackie is somewhat brought down to us from the celebrity pedestal as we see her suffering the mourning of her husband and simultaneously having to push her own feelings aside in order to carry on the legacy of her husband, and stand tall in front of her country and the world.