The genres that make up Elle are the same ones that The Handmaiden juggled so well, but the difference is that Elle is more understated compared to the stylish and ornate Korean film. Directed by Paul Verhoeven (Showgirls, Total Recall, Robocop, Basic Instinct), this film is similar to his others in that it also embeds social commentary and questions of morality.

Isabelle Huppert plays Michèle, a businesswoman who intricately and calmly plots the revenge of her rapist. Huppert’s performance echoes her previous ones- a mixture between her character in Godard’s Every Man For Himself and Haneke’s The Piano Teacher.

Verhoeven balances this by drawing upon themes from his own back catalogue and also having tonal consistencies with Fassbinder’s satires and Luis Bunuel’s The Exterminating Angel, topped off with the absurd ending homage to Casablanca- uncomfortably funny because this is a film about rape. You can look at Elle simply as a rape revenge flick, or dig deep and unpack its layers of commentary on how men and women treat each other psychically and emotionally in the modern age.

Since the superhero boom of the 21st century, filmmakers have found genres to throw in to a superhero flick to keep audiences interested. Director James Mangold did this by essentially re-branding Wolverine as a samurai/ronin in The Wolverine, and now does it again with Logan- except this time he’s the anti-hero in a Western.

The film satisfy what fans want from a superhero film. It delivers on the action, expands the mythology with certain arcs in the comics (X-23, Old Man Logan) and gives Hugh Jackman the final chance to show off his claws. However, all the elements that make Logan a special film are the Western aspects. The action this time around is brutal, man vs man (or mutant)- straight from an old school western like The Wild Bunch. The swansong for Wolverine works because he is re-envisioned as a Western hero, in the vein of Eastwood in Unforgiven and Alan Ladd in Shane.

Like those two films, Logan explores the repercussions of living a violent life and what it’s like to face your demons knowing your time is up. Through the character of X-23, it also shows that hope is not lost in a harsh world. Shane is used explicitly as a reference point, with the characters watching it on a hotel television and an ashen Professor X thinking back to his childhood… as well as X-23 ending the film quoting the famous final lines from Shane, and leaving the saga of Wolverine and the X-Men on an optimistic and cathartic note: “there are no more guns in the valley.”

Julia Ducournau says her intention behind Raw was to ‘humanize cannibals’. Teenage vegetarian Justine is going to the same vet school as her sister, and there she begins to uncover sides of her personality she never saw before.

There have been many famous cannibal films over the years that Ducournau must have been conscious of when reinventing the genre. Most of these are exploitation fare and B-movies, or more notable is the controversial Hannibal Holocaust, and The Silence of the Lambs. She achieves her goal of humanizing cannibals by combining the genre with a coming-of-age story; Justine falls in love, explores her sexuality, feels excluded, has a tumultuous relationship with her sister.

Everything is executed with a delicate touch and audience are not told to judge Justine. When her cannibalistic qualities emerge, we experience it from her perspective. Her story is at the film’s core- the story of her relationships with her sister, her family, and how the people closest to her are linked or affected by her desire to eat human meat.

At a press conference for his sprawling drama Magnolia, P.T. Anderson was asked what his next project would be. When he told reporters that it would be an Adam Sandler rom-com, everyone thought he was joking. But he wasn’t.

Two years later, Punch-Drunk Love was released. Yes, it was a rom-com with Emily Watson playing Sandler’s love interest, but Anderson also spun Sandler’s persona on its head. He gives a darkly comedic performance as a man suffering from depression, who cries for no reason, is socially awkward and has severe anger management issues. For the first time in his career, Adam Sandler was scary. In exploring the mind of Sandler’s tormented Barry Egan, the film is a psychological drama in the vein of Taxi Driver or Bad Lieutenant.

However, the character study is presented in a completely different way- through the style of old Hollywood movies and French New Wave aesthetics. Jon Brian’s music gives the rhythm for both the snappy, ping-pong dialogue (recalling My Girl Friday and other screwball comedies) and the romantic melodrama musical segments (influenced by musicals like Singin’ in the Rain). The bright colours are drawn from Jacques Tati (Playtime) and some of Godard’s early work (A Woman is A Woman). From this mixture, P.T. Anderson created something truly idiosyncratic and genre-bending. 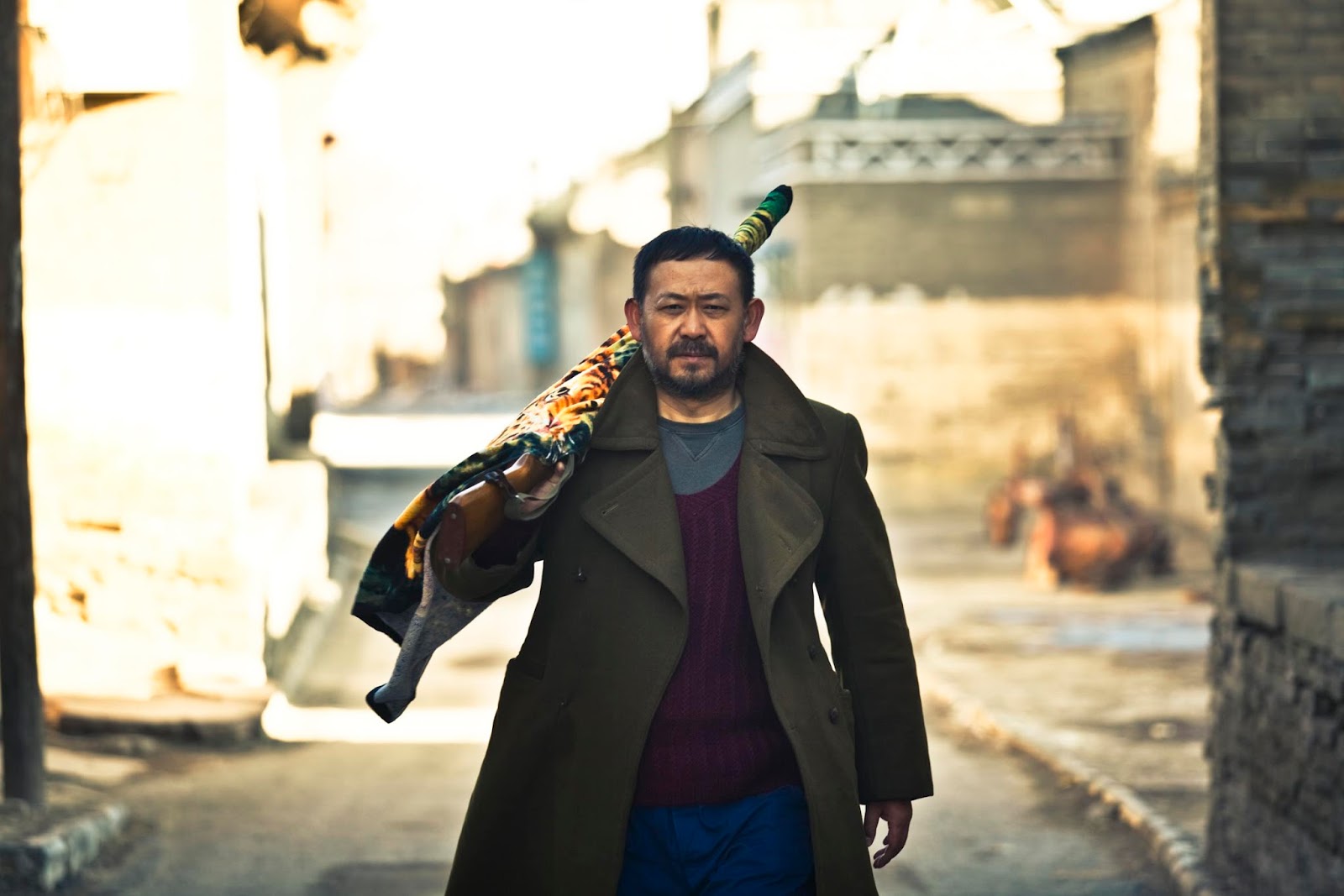 Jia Zhangke uses the explosive cathartic nature of violent acts, moulded on the wuxia and western genres, as a tool to show the systematic corruption in a contemporary, capitalist China and what desperate people do in that world.

It owes more than just its English title to King Hu’s wuxia epic A Touch of Zen, with the meditative tone and explosions of violence. Zhao Tao’s performance is reminiscence of Hsu Feng’s lady fugitive Yang, commanding the screen with her physical and emotional presence.

There are long stretches of silence and contemplative pessimism, followed by ultra-violence. In this way, Jia draws upon westerns like Leone’s Once Upon A Time in the West. Jiang Wu plays the archetypal western outlaw, a man fed up with the world. Jia Zhangke’s masterpiece uses classic genres from both the West and the East to paint a portrait of nihilism.

Personal Shopper is a stalker thriller masquerading as a ghost story… or is it the other way around? In other words, “Louis, is it you? Or is it just me?” When asked whether or not this is a horror film, director Oliver Assayas replied with “…this one is certainly not a straight genre [film]… [it] involves a few genre elements here and there… because I’ve been incredible influenced by genre filmmakers.” Kristen Stewart plays a personal shopper who will not leave Paris until she makes contact with her dead brother Louis. She also becomes jealous of her boss, while a mysterious entity is contacting her via text message. Could it be Louis?

The question of whether or not this is a horror film is linked to whether or not ghosts exists. In the film, sometimes we are led to think it is obvious that they do, other times it is ambiguous or outright contradicts that line of thought. In the end, it doesn’t really matter. Assayas is simply using these elements to tell the story of Maureen (Stewart), and her state of mind.

When she is trying on her boss’ clothes our of jealousy, it has shades of Ingmar Bergman’s Persona (which was a heavy influence on Assayas’ previous film Clouds of Sils Maria). When the ominous text messages come into play, it’s Hitchcock. And the ghost elements are more Kieslowski or Tarkovsky-esque than your typical haunted house movie. Assays bends the genres with his European sensibility paint the portrait of Maureen. 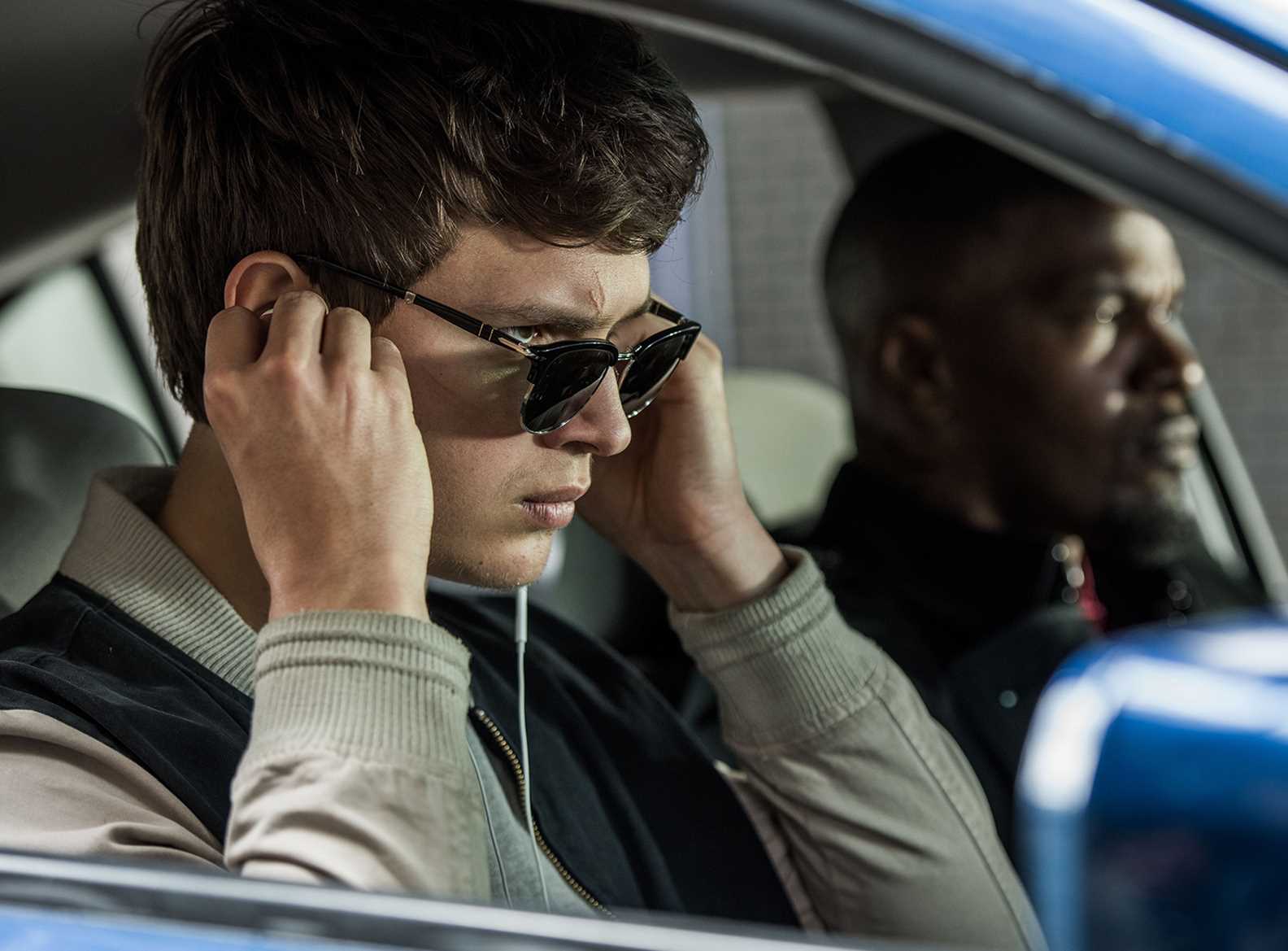 Edgar Wright is no stranger to genre-hybrids. His Cornetto Trilogy is famous for mashing up genres that normally don’t belong together and making it work. His latest, Baby Driver, does the same; it’s a musical heist movie.

Ansel Elgort plays the eponymous driver named Baby, modelled after Ryan O’Neal in the classic heist film The Driver, and Steve McQueen in Bullitt. The film’s story and action sequences also takes pages out of Michael Mann’s Heat. Car chases are obviously influenced by The French Connection and the original Italian Job.

Wright uses grand musical sensibilities to give a rhythmic background to everything that goes on; for example, the opening titles scene where Baby buys coffee while dancing and singing, straight out of an old MGM musical, with modern song twist. On top of that, every action scene, shootout and car chase is matched to the beat of whichever song is playing from the eclectic soundtrack.

The film’s presentation of the romance between Baby and Deborah is almost entirely through musical numbers. Baby Driver is a special film, a blockbuster crafted by a cinephile, drawing upon a selection of films and genre techniques.