This bleak, bedevilling, and entirely wordless drama from Ukrainian writer-director Myroslav Slaboshpytskiy, The Tribe, has left a huge mark on audiences and critics the world over, drawing on influences, as The Guardian’s Peter Bradshaw points out, “[such as] Samuel Beckett or Peter Brook to create a universal language of anxiety.”

A deaf mute boy (Grigoriy Fesenko) at a boarding school for the deaf, joins a violent gang of criminals and rises (or perhaps more succinctly, lowers himself) to the role of pimp and thief.

Bold, innovative, and unafraid of agonizingly long takes (cinematographer and editor Valentyn Vasyanovych is a mad genius), startlingly precise compositions (there’s also some brilliant steadicam work), and staggering performances from a cast of non-actors, The Tribe is as brutal as it is beautiful, and as upsetting as it is compelling.

It’s not always an easy watch, but it is an essential one, and is most assuredly, a fiery pièce de résistance. 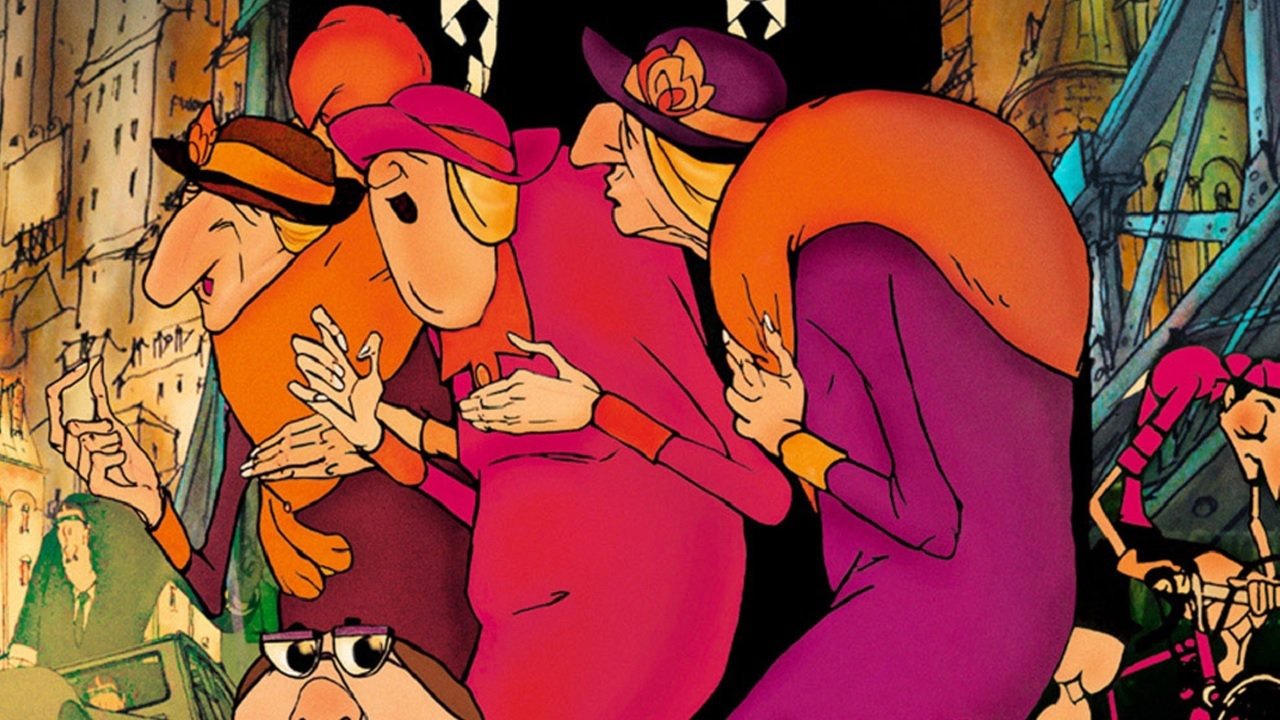 French writer-director Sylvain Chomet is in fine form in this whimsical, nearly wordless, and affectionately otherworldly animated comedy from 2003, The Triplets of Belleville.

Uniquely stylized, richly detailed, mirthfully musical, and splashed by the surreal, this is a film that has a sense of awe matched only by its sense of the odd. The nostalgia-addled plot involves one Madame Souza, an elderly Frenchwoman who’s drawn into a world of international intrigue after her son, a professional cyclist named Champion, is kidnapped.

Aided by her adoring dog, Bruno (for my money, this train-fearing canine steals the show), and the titular trio of sisters, former veterans of vaudeville (with just a newspaper, refrigerator, and vacuum they can make quite the diverting song and dance), nothing will stop Souza from saving her grandson and uncovering the mob-fuelled conspiracy behind his abduction.

Chomet’s The Triplets of Belleville is a fanciful, funny, engaging, and whimsical fiction that’s impossible to resist. Don’t miss it. 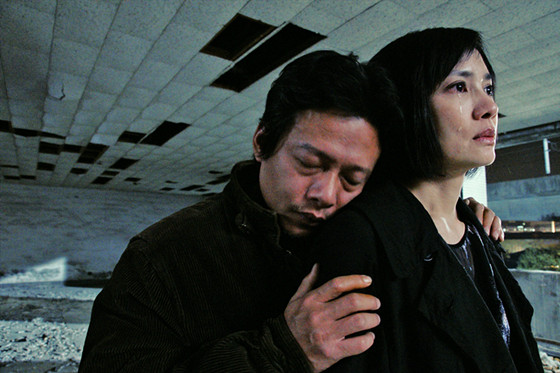 Tsai Ming-liang’s Stray Dogs is an operation of conscious, cold-blooded constraint. The Malaysian-born Chinese master of slow cinema, and if you’re able to idle at its pace, to quiet yourself to its rhyme, wonderment awaits, I promise you.

Opening on a protracted medium shot, the camera static, elegantly framed we see two children (actual siblings Lee Yi-chieh and Lee Yi-cheng) sleep while a woman (Yang Kuei-mei) brushes her silky hair, then she stops, then she stares. And stares.

Eventually we discover that the father of these children, portrayed by Lee Kang-sheng, is homeless. That his family is also homeless, and that their mother is missing or maybe a ghost (we are left to draw our own conclusions on this). He works for little pay holding a sign at a busy intersection while his kids, playing out in mostly real-time, dally unattended on their own till his shift is over. 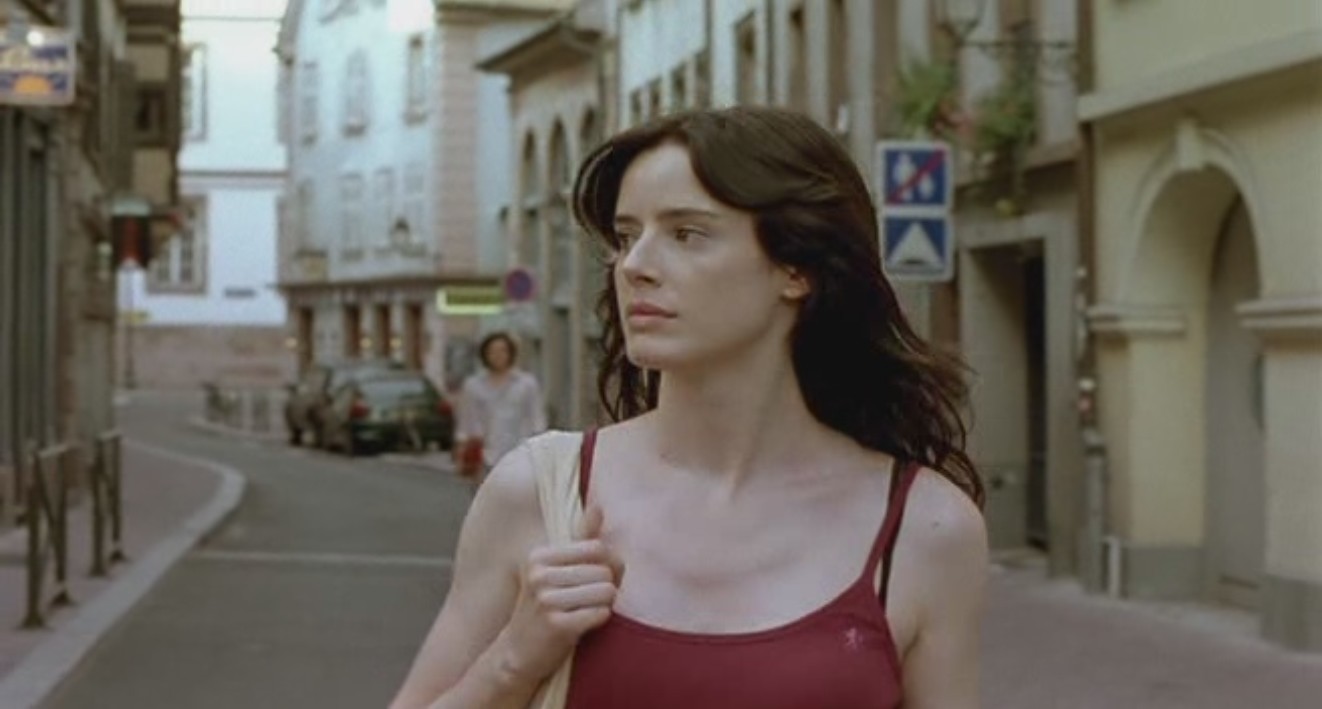 Spanish filmmaker José Luis Guerín’s 2007 offering, In the City of Sylvia, is undoubtedly one of this centuries finest little seen films. A stirring masterpiece of deliberation and the art of observing, taking cues from Anton Chekhov (specifically his “theater of mood”) and Alfred Hitchcock (think Vertigo), few motion pictures are as transfixing and understated as this.

Following a young man (Xavier Lafitte), credited only as “Él”, he haunts a bustling café in Strasberg, hoping to find Sylvia –– a woman whom he briefly encountered some six years hence.

Ostensibly a film about people watching, we gaze as Él gazes. We encounter a certain someone (Pilar López de Ayala) who may be Sylvia, we suppose, but like Él we cannot be wholly certain. But in his and our pursuit of her, and the other denizens of Strasberg we are reminded time and again of what cinema is about; the act of watching.

This subtle masterwork of conceit, desire, and love, marvels us with silence, experimentation, and stunning revelations. The City of Sylvia is an airy, dazzling, and rather seductive place. 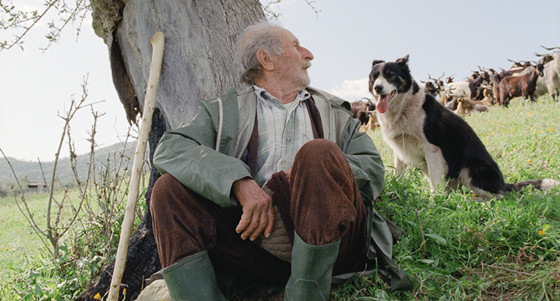 Roosting high atop the hills of Caulonia, a remote mountain town in southern Italy, is a sickly old shepherd (Giuseppe Fuda) biding his time –– and ours –– in Michelangelo Frammartino’s glacially paced yet no less profound film from 2010, The Four Times.

Told in four deliberately paced vignettes occuring in the same medieval village but from differing perspectives all concerning ideas of birth, death, and transformation, this is a deeply provocative, slow moving treatise that’s a lot funnier than a hasty synopsis such as this might suggest –– and it’s also the type of film where a synopsis belies the charm and cosmological observations that Frammartino so generously shares with the viewer. A gem.

As survival-at-sea mini-epics go, J.C. Chandor’s (A Most Violent Year [2014]) intimate All is Lost, is a remarkable feat of strength.

Essentially a one man show for star Robert Redford, this is a lost at sea potboiler that reaps maximum effect from minimal means. Alone aboard a slowly sinking Cal 39 yacht somewhere in the vast Indian Ocean, Chandor’s film is a gripping, at times nerve-racking spectacle and not enough praise can befall Redford’s muscular performance. His valiant battle, a war of attrition with the highest of stakes, makes for a visceral viewing experience that is never less than authentic.

A sedate and somber showpiece from Béla Tarr and Ágnes Hranitzky, The Turin Horse depict the meaning of life in microcosm, and would we expect anything less from the Hungarian husband and wife duo? Perhaps their greatest achievement, the repetitive and routine daily lives of a horse-owner (János Derzsi) and his daughter (Erika Bók) take on Bresson-like dimensions that are both perfunctory and profound.

“Rarely has a movie this simple moved me this deeply,” wrote Roger Ebert on Kim Ki-duk’s Spring, Summer, Fall, Winter… and Spring, adding; “I feel as if I could review it in a paragraph, or discuss it for hours.”

A universal story of redemption, murder, life, love, and death, this is a film told in five varying vignettes about the life of a Buddhist monk as he moves from boyhood to old age. Effulgent with grace and surprising restraint considering Ki-duk’s previous films (Spring, Summer, Fall, Winter… and Spring marked a turning point for the taboo-smashing filmmaker)

“I don’t make films to serve the audience,” said the director while promoting Spring, Summer, Fall, Winter… and Spring. “I don’t try to entice viewers to watch, understand, or even like my films –– that’s not my job.”

And yet this quiet, contemplative coming-of-age drama, with a gentle ebb and flow of life unadorned is an exercise in humanistic insight, ethereal delicacy, and the mystery of life. Be it the tranquil mountains on the periphery or the pensive still waters where the tiny temple floats, this is a film that leaves one rapt, modestly reeling, and undoubtedly changed..