Bong Joon-Ho’s follow up to Snowpiercer was a topic of conversation at the Cannes film festival for all the wrong reasons, mostly because of the attempted rebuttal of Netflix films being shown at the festival. As a result, the content of the film itself was largely a moot point.

It may take a while to adjust your senses and get on the wavelength of Jake Gyllenhaal’s second-rate TV zoologist Johnny Wilcox. His child-like energy and screeching intensity can feel somewhat jarring at first, but Gyllenhaal manages to add layers to his performance such as that of the tortured artist fighting to be seen and heard above the rest. Wilcox is a man on the verge of fading into nothingness, and will not bite the bullet until the last gutsy performance has been forced out of his body; he is a product of the environment in which he works and lives and that ultimately consumes him. 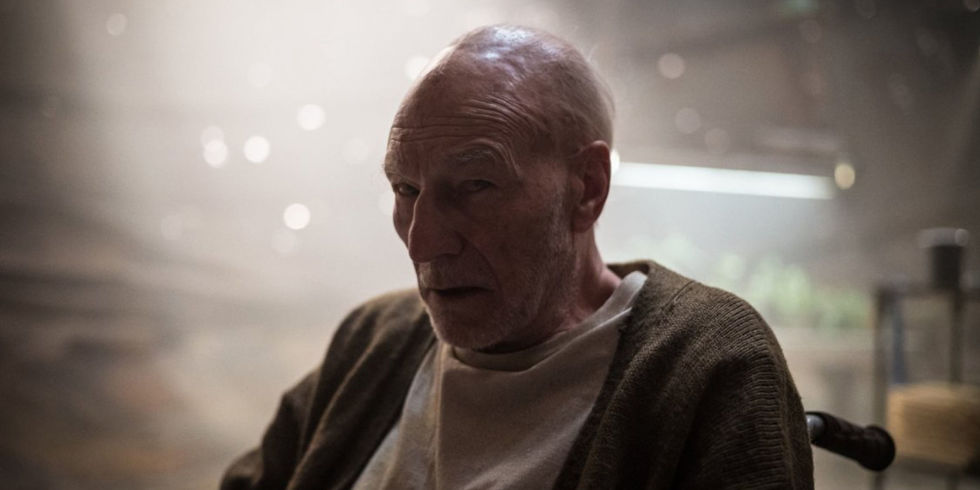 The fact that the narrative and emotional weight of Logan disappears almost as soon as Patrick Stewart’s Xavier is no longer on screen is perhaps the greatest failing of the creative team behind the film. However, part of this is a testament to just how superb the legendary thespian is as Charles Xavier in his twilight years, his body finally failing him, leaving him unable to control the spontaneous outbursts of his mutant power.

Logan wants to be a torch-passing ceremony in which the X-Men’s old guard hands over the reins of the franchise to new blood; the relationship between Logan and X-23 is a weak copy of Joel and Ellie from The Last of Us and yet the strongest emotional bond is between that of Stewart’s unwitting patient and Jackman’s reluctant carer.

Ultimately, the hyper-violent action set pieces of Logan play second fiddle to the most human relationship of the franchise. The best films in action cinema remember that often the quiet moments speak the loudest and while Logan is not one of the best films of the year, the work of Patrick Stewart speaks volumes.

Occasionally, a film will be released in which the general consensus is that the central performance is better than the movie as a whole. Olivier Assayas’ picture is one such example, a confusing, meddling mess with an exceptional turn from Kristen Stewart.

Assayas’ plot seems content to drag Stewart between Maureen’s unquenchable thirst for materialistic desires and her determination to keep in contact with her deceased brother. The palpable vulnerability displayed is enforced by the brilliance with which Stewart conveys exhaustion and exasperation as she must attempt to contain a chaos that is out of her control, yet ultimately it is her duty to fix.

It has long been a hobby of many to simply mock Kristen Stewart based on viewing of films such as Twilight and yet she has evolved into an actress of vociferous range, who is acutely aware of her strengths and limitations and plays on them brilliantly. 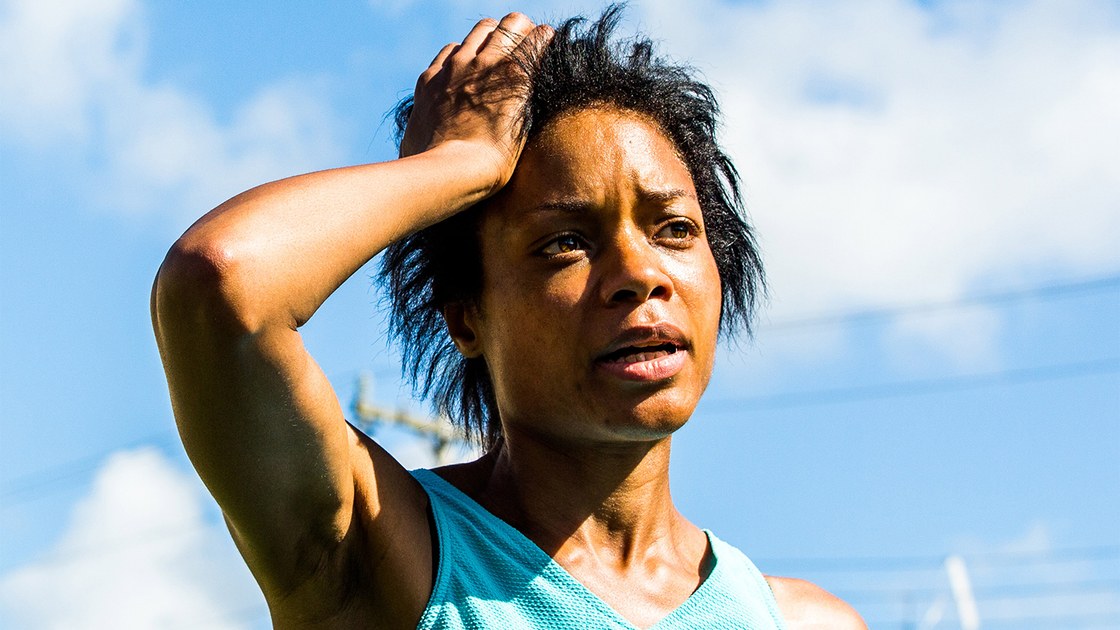 Naomie Harris reportedly almost turned down the role of Paula in Moonlight due to her uncertainty of wanting to play a drug addict. In hindsight, agreeing to the part might turn out to be one of the smartest moves in her career so far.

Just as the main character, Chiron, grows from boy to man throughout Moonlight, constricted by society but nevertheless attempting to make a life for himself, Paula’s life spirals out of control; her addiction coupled with a child that she does not want puts her in the precarious position of being treated as a villain in the film. The fact that her young son finds solace in the company of Juan, a local drug dealer and the man who is partly responsible for her deterioration and addiction, points to a vicious circle that is ever-present in modern day America, and victims of it find it increasingly difficult to break out of.

In fact, we come to pity Paula; she is failed by the system set in place to support her; she becomes lost and uncertain of herself. A heart-breaking conversation between Paula and her son in the film’s final act in rehab has her attempting to apologise to her son for his horrendous upbringing, while simultaneously trying to blame him for it.

James McAvoy must have thought he had been blessed by some celestial being when he opened the script of Split to discover a man who has twenty-three different personalities. The challenge presented is for McAvoy to allow the audience to differentiate between the separate personalities, something he manages to do with a mixture of commitment, skill and the joy of a man who loves what he is doing.

Because of the great number of personalities that McAvoy must act out, there is no real central protagonist, and therefore the identifying feature on screen is McAvoy himself; his performance is so strong that Split is referred to as a James McAvoy film, not an M Night Shyamalan film which, based on the director’s questionable recent form, would only work wonders for the success of Split.

How best to try to reinvigorate the coming-of-age story, to give it something new, the refreshing gloss that it sorely needs? The answer it would seem, surprisingly, is to add cannibals.

Julia Ducournau’s feature debut is famed for its Toronto premiere, when paramedic assistance was required to attend to an audience member. However, it is so much more than a very gory horror film, though it is unquestionably that.

Garance Marillier plays Justine, a vegetarian, a virginal student about to begin studying veterinary science at college. She obliges to be initiated by her fellow students by eating the kidney of a rabbit, the eventual consequences of which created altogether more carnivorous desires.

Marillier impresses in a truly difficult and unsettling role, bringing an almost down to earth acceptance that Justine is a young woman who is finding friendship, acceptance and companionship in her life, yet in an altogether different way than conventional relationships spring.

The strength of Ines is that if she is the least popular person in the room, she simply doesn’t care. Her standpoint in life is one that has Ines firmly rooted at the centre of her own universe and any intrusion is more than unwelcoming.

The story concerns the visitation of Ines’s grieving father following the death of his dog. His immediate actions are to project his woes and problems onto his own daughter, attempting to lie down and put a halt to things when he should focus on moving on with his own life.

When her father dons a wig and false teeth under the character of Toni, Hüller’s humourless businesswoman slowly and painfully attempts to bring her father back into her life; she is not necessarily a likeable protagonist and yet it is impossible not to empathise with or even relate to her at times, be that from the internalised desire to be left alone to the feeling of seeing someone you have strong attachment to, yet cannot bear to converse with them.

Paul Verheoven is more than a little accustomed to controversy and the subject matter for Elle, his latest work, is an incredibly uncomfortable rape-revenge black comedy that can be read in several different ways; regardless of how it is received by a viewer, Isabelle Huppert’s performance is fuelled with rage and she shows yet again that she is such a magnetic screen presence.

The toughest part of the film to comprehend is that Huppert’s character Michele Leblanc could be perceived as an active component of rape culture, a horrifying idea to process and yet violence and the spectre of violence follows her in her life- her father is a jailed serial killer and her profession is that of an executive of a game in which the player is a monster preying on young women.

Astonishingly, after the unbearable opening sequence, Elle seems to move on from the central crime for a surprising amount of time as Michele attempts to get on with her life as if nothing untoward had happened to her; she has domestic duties to attend to and affairs to indulge in, all the while attempting to repress the memories of her assault.

Elle’s primary function is to start debates about the most difficult of subject matters, it is an exceptionally difficult film to watch, laced with moments of comedy that make you feel guilty for laughing at and at the centre of it is an extraordinary performance from Isabelle Huppert.