Unlike the other movies in this list, Cosmopolis wasn’t hated by the majority of critics; its underrated-ness stems from the fact that almost no one has seen it, and those who have, haven’t liked it very much outside of the critical sphere. In election terms, Cosmopolis won the Electoral College but lost the popular vote.

Its audience score is less than half of its critical score, landing at 31%, which is a shame, because it is one of those films that dares you to reconfigure your notions of what a film is supposed to do and how it’s supposed to do it.

Characters are supposed to have, well, character. But Cronenberg directs his actors in Cosmopolis to be cold and precise – to be dislodged from a central humanity to which we are all conditioned to relate. Robert Pattinson is entirely unrelatable, but unendingly interesting, because although he is distant he is never dry or boring.

Cronenberg concocts a strange blend of character interactions that convey only a residue of human warmth, but which maintain the entire hue of human desires. Then, finally, when Paul Giamatti is introduced, his character unleashes the full breadth of severity which emotions can often reach.

Where Pattinson is narrowed, Giamatti is broadened to the extreme. The final product is a strange parable about how technology and money can distance us from ourselves, and how a reliance on abstract virtualities (stocks, digital trends, etc.) can affect our humanity in strange ways.

The unique plot in addition to the strange direction Cronenberg takes his actors results in a uniquely enjoyable film, despite its ostensible effort to be anything but enjoyed. If not consumed by the masses, Cosmopolis should at least be seen by those who are curious about what else film can do. 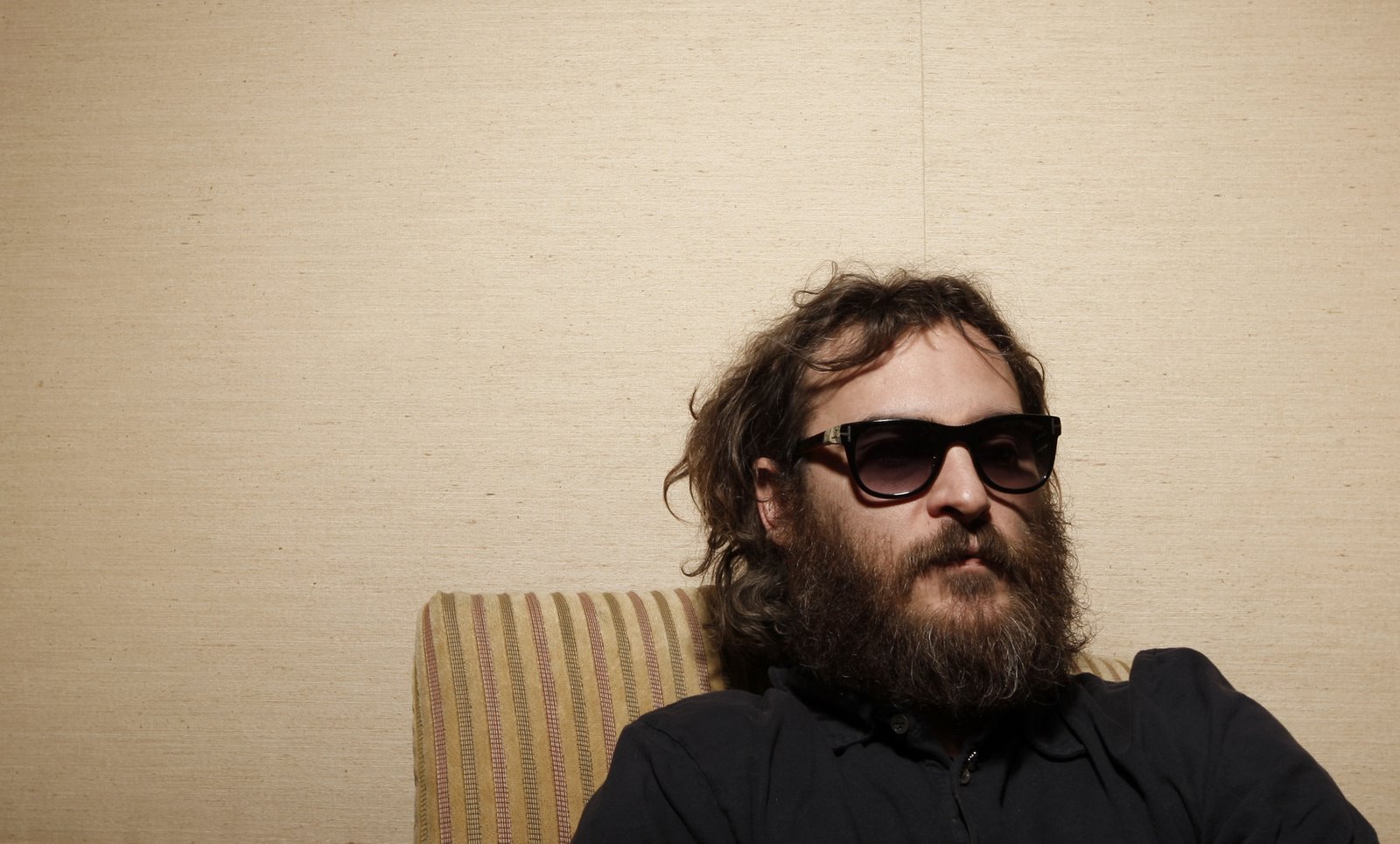 I’m Still Here is, at its core, a strange juxtaposition. Time has proven many of the non-believers right; Joaquin Phoenix did not in fact quit acting to pursue a career in music. But that doesn’t make the events and actions in the film any less real. It is a tried and true documentary in that it documents real life events, and the real reactions of a culture obsessed with celebrity.

In a way, I’m Still Here is like Borat but with a real name in Hollywood actively taking shots at his own career. Joaquin repeatedly embarrasses himself in front well-respected figures in the industry (David Letterman most famously) and his public persona takes a downward spin until his reputation is shattered.

Yes, it is a hoax, but I’m Still Here is tremendously entertaining, awe-inspiring in its dedication to its premise, and a real testament to the capabilities of Phoenix and Affleck when they have a vision. 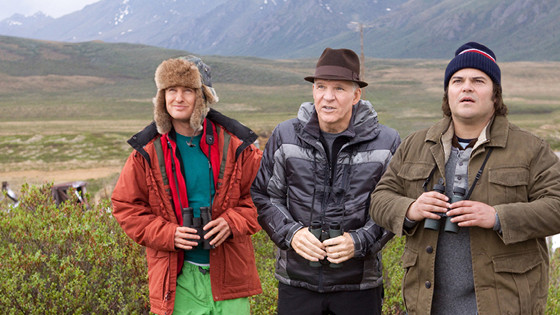 This film is billed as a comedy. It makes sense, given that three tremendous comedic talents – Steve Martin, Jack Black, and Owen Wilson – are the leads in the film, but it isn’t quite accurate. David Frankel, the director of Marley and Me and The Devil Wears Prada, lives in a space between comedy and humble, small-scale storytelling.

The Devil Wears Prada is not an uproarious, raucous and unkempt comedy spectacular; it is a good story with funny moments, because that’s how people’s lives typically are. The same can be said of the woefully misunderstood The Big Year. It is a simple story, told eloquently, with three-dimensional characters and a few laughs along the way. It’s a shame the market for this kind of film is dwindling year after year.

The stakes could have been higher, and some emotional beats could have been hit harder, but a tested director came through with a thoughtful film nonetheless. One might even find him or herself a little bit interested in birding once it’s finished. Martin, Black, and Wilson each give heartfelt performances, and the final cut is an enjoyable piece of cinema.

Why is it so hard to enjoy a simple, good movie? Unfortunately, many people missed out on a good story with this one, due to the negative reviews wishing it had been the next big comedy hit.

Those following Nicolas Winding Refn’s career when this movie came out were hoping for another Drive. Ryan Gosling returns as the lead, and the color palette resembles Drive as well. But the inspirations, themes, mood, and pacing are entirely different. Ultimately, the expectation of another adrenaline pumping action flick led Only God Forgives into widespread critical disappointment, which is too bad, considering it is a beautifully shot, slow-burn, Chinese cinema inspired mood-piece.

Only God Forgives is not a generic film, and does not follow the typical conventions found in a narrative-driven movie. The script is succinct and to the point, the acting from Gosling and Kristin Scott Thomas is cold and distant, and the story unfolds slowly and methodically, leaving the viewer to piece it together until its climax.

Where many people seem to have misinterpreted Only God Forgives is in its motives. Some have disregarded it as all flash and no substance, but this isn’t true. It is self-indulgent at times and doesn’t steer away from using obvious metaphoric and symbolic imagery when it wants to, but ultimately it is a story on perspective, duty, and consequences. At the very least, the final fight sequence raises Only God Forgives above its unforgivable 41% rating.

Funny Games is a masterpiece. As a shot-for-shot remake of the original 1998 film, it adds an American sliminess to the villains Paul and Peter who torture a wealthy family on vacation. It is well thought-out, manic, chaotic and tragic all in one. Each performance is handled with care and pushed to its boundaries. Naomi Watts and Tim Roth give themselves over fully to their victimized and tortured characters, counteracting the voyeuristic stillness of the camera with their wrenching physicality. And of course, Michael Pitt and Brady Corbet seem nothing but giddy to be the viewer’s sworn enemies and deniers of any hope for a happy ending.

Michael Haneke is an auteur. He knows what he wants his audience to feel and he knows exactly how to make them feel it. In Funny Games he wants the viewer to examine our own sick relationship to violence, and more specifically, violence in entertainment. The film challenges us to question our notion that violence has an appropriate setting – i.e. when we know it isn’t real and when we believe there is a happy ending.

Haneke denies us both of these circumstances – the realness is enhanced by his refusal to move the camera, forcing us to watch the brutality onscreen, and he denies us the happy ending in the forefront when the villains promise there will be no escape. Even when one of the villains is shot, the other one grabs a remote and literally rewinds the film, because this isn’t that movie. There will be no cathartic release.

The result is a wonderfully nauseating and grinding experience that any fan of cinema should strap themselves in for. It is one of those few films that can reveal a whole new dimension of possibility within the filmmaking framework. 52% is appallingly too low of a score. It is easily the most underrated film of the last 10 years, and will be remembered as the masterpiece that it is.

Author Bio: Nick is a writer and film enthusiast from New Jersey. He dabbles in , short stories, and lists. Also, he really hopes people start going to the movies again. You can follow him on twitter @NicholasDenardi.