6. Scripts that look like fairy tales but are actually quite complex

Despite the fact that he has stated, “I don’t have the story finished and ready when we start work on a film. I usually don’t have the time. So the story develops when I start drawing storyboards. The production starts very soon thereafter, while the storyboards are still developing,” and the fact that they look like fairytales, Miyazaki’s stories are quite complex and meaningful.

This trait appears in all of his films, but the most distinct example derives from “Spirited Away”, which uses an utterly fantastic setting to portray the psychology and thoughts of 10-year-olds, while making a sharp remark for the current generation. Through similar settings, Miyazaki presents his view on ecology, war, the dark side of people, violence, politics, and many more, by artfully using a plethora of allegories.

7. Adolescence and the transition into adulthood in solitude 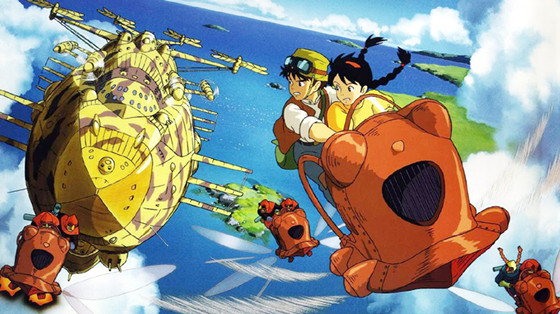 This trait is another recurring one in Miyazaki’s filmography, as many of his protagonists are kids who mature through the various events they experience, usually being alone. Chihiro matures through her adventures in the magical world in “Spirited Away”. The 13-year-old Kiki is shaped through the various difficulties she encounters as she tries to make it on her own in “Kiki’s Delivery Service”.

The same occurs in “Castle in the Sky”, where Sheeta and Pazu try to cope with the world, maturing through the fact that they have no parents to take care of them.

8. The concept of the hero 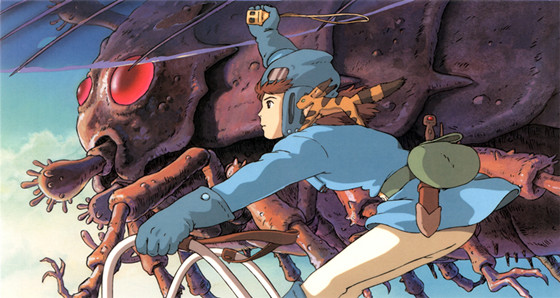 In most of Miyazaki’s films, the main hero-protagonist entails some distinct traits, with the main one being that they are the ideal personification of the mythic hero.

They are always ready to help their people and loved ones through self-sacrifice and physical pain. They do not scare in front of danger and show immeasurable courage. They are adventurous, active, and assertive. They awaken inner powers as they struggle. They actually do not want to fight, but they are forced to do so. They love animals and pets. They are sexually innocent.

Furthermore, in the cases of Nausicaa and San, they are crusading heroes, fighting capitalism and militarism in order to protect not just their people but also the environment. 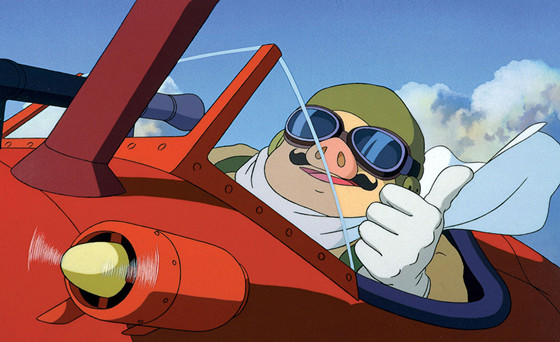 Miyazaki’s films have benefited the most from his drawing, which has produced magnificent images, a fact stressed even more when someone considers that they are hand-drawn. The attention to detail is magnificent and the characters are true works of art both in terms of conception and in terms of implementation.

Furthermore, it is also amazing that his drawings, particular the ones of the characters, differ so much and still remain equally elaborate. For example, in “Nausicaa of the Valley of the Wind” and “Princess Mononoke”, the protagonists are adolescent girls; in “Spirited Away” and “Kiki’s Delivery Service”, they are younger girls; and in “Porco Rosso”, they’re a pig.

The same applies to the various environments he presents, which can be bucolic, urban, dystopian, or fairy tale-like.

In direct connection with the elaborate drawing in his films comes the animation, which is at least equally elaborate. The movements of his characters have always been astonishing in its realism and in the attention to detail, and is one of the traits that has made Studio Ghibli what it is today.

This artfulness becomes even more evident in the various action scenes, and particularly the ones that involve flying. Prominent examples of the fact include the dogfight in the beginning of “Nausicaa of the Valley of the Wind”, the zeppelin crash in “Kiki’s Delivery Service”, the duel between Porco and Curtis in “Porco Rosso”, and the various aerial battles in “Howl’s Moving Castle”.

Other action scenes that feature elaborate animation are the car chase in “The Castle of Cagliostro”, the destruction of the stronghold in “Laputa: Castle in the Sky”, and the earthquake in “The Wind Rises”.

However, the film that truly stands apart in terms of animation is “Spirited Away”, where every single animation sequence is a work of art.