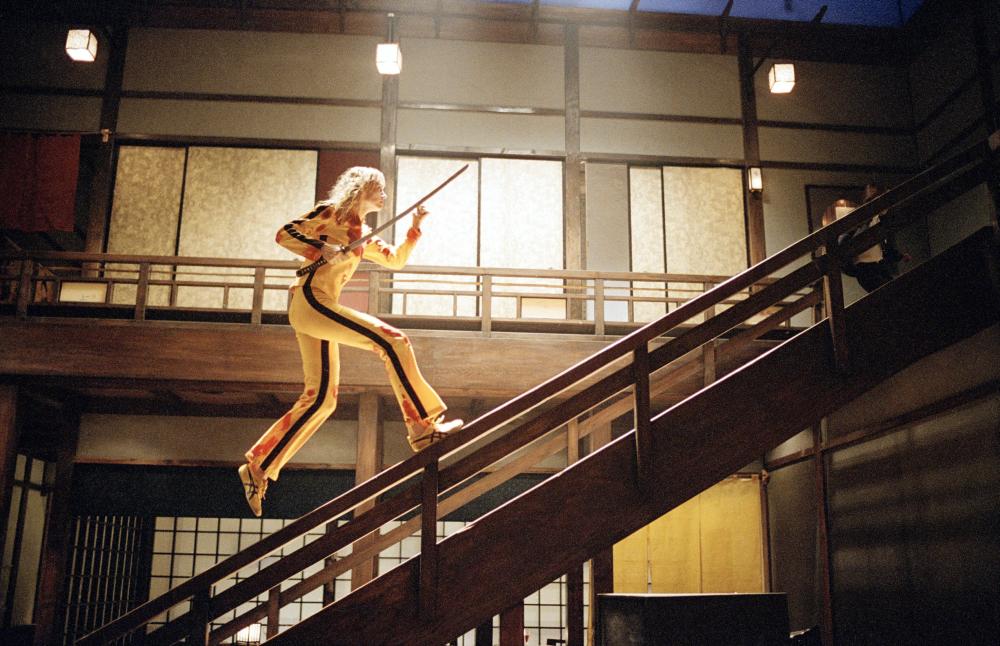 Of all of Quentin Tarantino’s films, “Kill Bill” may be the furthest example of a neo-noir. It is missing the mystery aspects of “Reservoir Dogs” and “The Hateful Eight”, and it does not have the protagonist’s self-sacrifice like “Pulp Fiction”, “Inglourious Basterds”, and “Django Unchained”.

However, “Kill Bill” has a strong female character centered throughout a four-hour blood feast. She already knows what she has to do, she just has to stop whoever is in her way. She does not allow herself to be stopped by the kinds of outcomes that would kill most people (for crying out loud, she broke out of a buried coffin). She is the femme fatale that did not cause the biggest deception of all (that would be up to the titular Bill, who led her to almost dying).

It is her strength and will to fight that jump-starts the entirety of this film’s two parts, as she kicks ass in a way that was unexpected of her by the story’s numerous challengers. The Bride is somewhat of an anti-noir femme fatale because of how many tropes she hops over while she races to cut off another head, and that may be the most femme fatale thing about her. 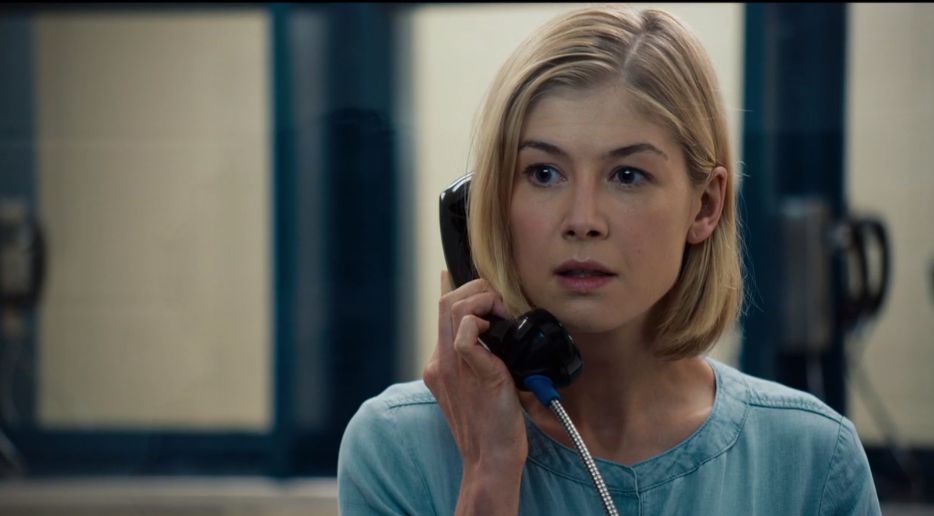 A great film noir character has to feel like a literary creation, and David Fincher’s adaptation of Gillian Flynn’s thriller novel goes above and beyond that requirement. Amy Dunne is not just a book character in the original source material, but her character has had books written about her within the story. “Amazing Amy” is a series of children’s books that follow a young girl, and her parents created the book to solidify her growth through childhood.

The real Amy is now missing, and America is at a standstill as her whereabouts are being hunted by all. In reality, she fabricated her kidnapping in a way that is more fictitious than any story that can be written about her. She aimed to make her husband’s life a living hell after she discovered his affairs, and now she is crowned America’s hero once she returns (only after she placed the blame on her ex-boyfriend and has murdered him).

She vows to continue to be America’s sweetheart while her husband Nick is paralyzed in his marriage (every single day is a means to blackmail him). This is a twisted American dream, and the only pure moments in Amy’s life were those her parents created in an illustrated form.

Ava is not terribly unlike Rachael from “Blade Runner”. She is an android made by a man and has been given the capabilities to lure others seductively. She is meant to manipulate her subjects, because she is, effectively, a Turing test (a study created to tell if a respondent is human or a being of artificial intelligence).

Caleb knows before his first interview with Ava that she was created by Nathan, so this briefing should not be a problem. However, she tells him of the desires and dreams she has, and begins to warn Caleb (when possible) that Nathan is untrustworthy. For now, Ava is still an android, but she seems capable of forming her own thoughts.

As the film progresses and reality is impossible to piece together, Ava seems more and more like a trapped damsel waiting to be released. Once she is granted that wish, she roams around Nathan’s hidden mansion with an endearing curiosity. She kills her maker, and all seems right with the world.

This is not the case, as she leaves her savior (Caleb) locked up to die alone. She leaves the lair and enters society disguised as a human being. She took advantage of those around her and is now indistinguishable from the rest of the world. Ava took the Turing test and spun it around, somehow winning a study for which she was only meant to be the experiment.

Like “Black Swan”, “Mulholland Drive” has two (or possibly more) candidates for this list, because all of these people take place in the mind of a mentally disturbed miscreant. Diane is a jealous ex-girlfriend of Camilla, and her dreams (of which take up two-thirds of the film) paint her and her former lover in a new light. They are no longer Diane and Camilla – they are now Betty and an unnamed woman who dons the moniker Rita (after Rita Hayworth).

They work as detectives (the common film noir protagonist) who try to figure out who Rita truly is. In walks in Camilla Rhodes (a different girl with the same name), who sparks the waking-up process Betty begins to dread. From there on, more and more bad things happen that lead to Betty coming back to reality as Diane. The real Camilla Rhodes had a hitman placed on her by Betty, and her fate is presumably grim (the blue key was placed where Betty was told it would be, after all).

Was Camilla the femme fatale for leading Betty into a state of vicious depression, or was Betty the femme fatale for misconstruing the situation (after all, her dreams lied to us, so why can’t her thoughts?) and ending Camilla’s life? Like many things in “Mulholland Drive”, the ambiguity is the richest part of it all.

1. The Girl with the Dragon Tattoo (Swedish) -Lisbeth Salander

David Fincher’s take on the novel, along with Rooney Mara’s wonderful performance, should not be ignored. Yet, this top place is taken by the Niels Arden Oplev rendition (with Noomi Rapace as Lisbeth Salander) because of how strongly the film stuck to Lisbeth being a femme fatale heroine.

Lisbeth is a strong woman who leads Mikael Blomkvist down the right road and not to his demise; this is because he is one of the only men she can trust. She has her revenge on the men who took advantage of her, including her father and her perverted guardian. She cons this guardian only to torture him as a means of retaliation after he brutally sexually assaulted her.

She is cunning, but only as a means of survival in a world that has not been nice to her.  She operates through the underground as a master hacker, and she skulks away from the rest of the world with her heavy makeup and her barrage of piercings. She does not seduce as much as she pushes others away, and whoever she brings toward her is always for honest reasons.

At the end of “The Girl with the Dragon Tattoo” (and this is the dealmaker that places Rapace over Mara on a list like this, though both actresses did brilliant work that should not be compared otherwise), Rapace’s Lisbeth abandons Sweden and dresses in a whole new way to, once again, remove herself from society. She had one final trick to pull, and it was to rid herself of an evil world around her.

In “The Girl Who Played with Fire” and “The Girl Who Kicked the Hornet’s Nest”, Lisbeth returns with a wrongful conviction placed on her back that she faces head-on in a way she knows how – by retracing her steps and battling whoever was in her way. This only furthers her status as a solid femme fatale, and the best of this millennium so far.