One of the year’s biggest commercial and critical hits, Get Out is a horror movie that addresses race politics in America from another angle: instead of satirizing typical conservative “redneck” types and their prejudices against black people, Get Out instead aims at middle-class white liberals whose approach towards black issues tends to muddle the narrative and ultimately subvert the actual aims of black movements and discussions about race in America.

Chris Washington is a photographer dating white Rose Armitage, and she brings him home to meet her family. While they are very friendly and inviting, if not a little too familiar with him, Chris notices that the other black people he meets act strangely.

When he takes a photograph of a black guest at the family’s party, the guest suffers a nosebleed and suddenly implores Chris to “get out!” Unnerved, Chris attempts to leave but soon finds himself strapped to a chair, where Rose’s family explain to him what they plan on doing to him…

Get Out is a horror movie with a sharp satirical edge with an unexpected take on race relations in society today. Audiences were thrilled by this unique horror film, making it a gigantic success at the box office, raking in $247 million against a $4.5 million budget.

This directorial debut by Jordan Peele announced a new talent whose future film output is now highly anticipated by filmgoing audiences; meanwhile, Get Out addresses the often tricky subject of race relations in America by depicting what a horror show it can quickly turn into even by those with the best intentions.

The first semester at college can be a difficult transition for some students: they’re away from home for the first time, don’t know anybody on campus yet, and are trying to fit in as best they can, sometimes making foolish mistakes in the process. Justine finds this out as she arrives to veterinarian school and is immediately subject to the school’s hazing rituals.

Although she has her older sister Alexia–who attends the same school–to help her through, after vegetarian Justine is forced to eat a raw rabbit kidney, she begins to crave human flesh. This causes complications, particularly when it is revealed her older sister has the same appetite.

Raw is the debut film of Julia Ducournau, and although it has the potential to be gore-filled horror, instead the movie focuses on the awakening Justine experiences after finding herself lusting after human flesh as an entree. 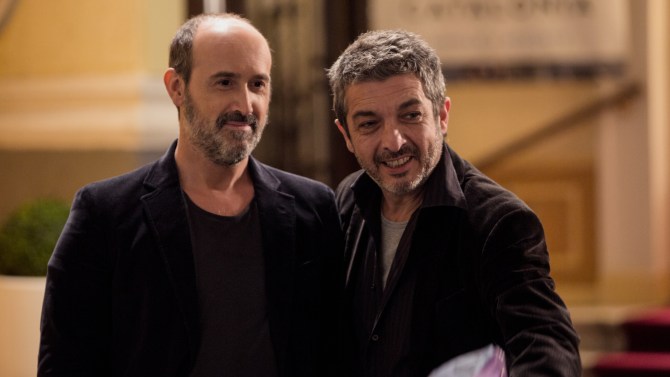 Friendships are important but often difficult to maintain, particularly as you get older: people that once saw each other every day in their hometown now live hundreds of miles apart, their lives take divergent paths, and more often than not once-close friendships turn into once-a-year phone calls and likes on Facebook posts.

At least, this seems to be where Julián and Tomás’s once-close friendship has drifted as time and distance have separated them. One lives in Spain while the other emigrated to Canada; one divorced and struggles in his career while the other found success and formed a happy family.

But upon a visit to Madrid, the two friends reunite and immediately pick up where they left off. They spend a few incredible days together touring the city and nostalgically reminiscing on the adventures and times they had together in their youth. Unfortunately, this may be the last time they ever see each other.

Truman is a beautiful film about friendship–about the people we meet and connect with in our lives but somehow lose touch with over the years.

It’s about the kinds of friendship people have where large amounts of time can pass without speaking or seeing one another, but the moment you see each other again it’s as if no time has passed at all. It’s about the relationships we make with people who aren’t our family or romantic partners but just people who we see a little of ourselves in, and they us, and appreciate them for that immensely.

For filmgoers who have long-lasting friendships in life, and those who have let those friendships fall on the wayside over the years, Truman is a remarkable, intimate film that may have you picking up the phone and making plans for a reunion of your own–before it’s too late.

Ever since his early appearances in the comic books, Wolverine has always been the breakout star of The X-Men. Tough, angry, and vicious in a fight, Wolverine spoke to the teenage boy in all of us. While the character had been featured in previous X-Men films and had already starred in two of his own stand-alone films, none of these adaptations had ever captured the inner angst and personality of James “Logan” Howlett, AKA Wolverine. That is, until Logan came out in March 2017.

Set in a dystopian future of 2029, Logan finds our hero living in a world where few mutants are left alive and no new mutants have been born for 25 years. Now being poisoned from his adamantium skeleton, Logan has aged and his powers have waned. He takes care of a faltering Professor Xavier, who suffers from Alzheimer’s disease and cannot control his powers well anymore.

Logan is approached to escort a young girl named Laura to a place called “Eden” in South Dakota. He soon finds out that Laura is a mutant cloned from his DNA, effectively his “daughter.” On their journey, Logan and his crew are often attacked by government forces who seek to destroy Laura, who was part of a test group for a mutant breeding program. In his weakened state, Logan fiercely protects the young girl from these forces, even if it means losing what little he has left in the world.

Logan is the brutal, dark Wolverine movie audiences didn’t realize they wanted: adapted from the book “Old Man Logan” by Mark Millar and Steve McNiven, Logan gets to the root of the character by stripping away all but the barest essentials: in a world with few mutants left and with our ostensible heroes now deteriorated by disease and age, Logan is the most “grounded” X-Men film–and the darkest.

Hugh Jackman’s final appearance as Wolverine takes a somber tone but one fully in-line with the angsty loner the character has always been and provides Logan an appropriate heroic ending to his story. Audiences agreed and the film took in $612 million worldwide, which isn’t bad for possibly the bleakest superhero made so far. 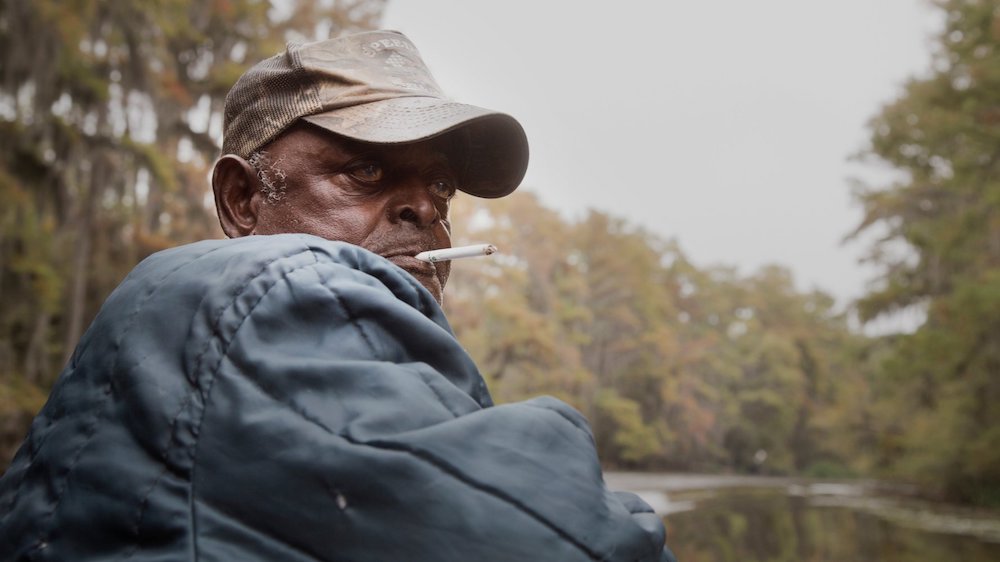 The isolated town of Uncertain, Texas is home to outlaws, misfits, and the disaffected. At least, that’s what we see in this visually stunning documentary of the town, home to 94 people and is quickly dying along with its lake. Following three residents of the town–74-year-old lake guide Henry, ex-con and hunter Wayne, and young adult Zach–as they hunt, trawl the swamp, and get drunk at the local bar.

An elegant sadness takes over Uncertain, where this microscopic town and its eccentric populace are seemingly on the edge of the world and about to fall off. It portrays its three characters not as pathetic rednecks or backwards hillbillies but as human beings simply trying to live from day-to-day without causing too much trouble or damage–especially since a few of them has caused plenty of damage in the past.

They tell their tales and talk about how the town’s surely to go under if they can’t get rid of the invasive weed that’s destroying the lake, but mostly the camera captures these men as they drift from day to day, living their lives the only way they know how.

It’s a haunting portrait of a rapidly disappearing way of life. When the viewer catches glimpses of modernity in the film–someone using a laptop or an XBOX 360–it’s jarring in their incongruity with much of the film’s setting. But like the invasive species of plant or their own pasts and present troubles, it’s the uncertain future that stalks the people and their way of life.

Both a visual masterpiece and a first-rate documentary at a pocket of American life that’s not often detailed on-screen, Uncertain is by far the best film to have come out so far this year.