5. The cup of water (Jurassic Park) 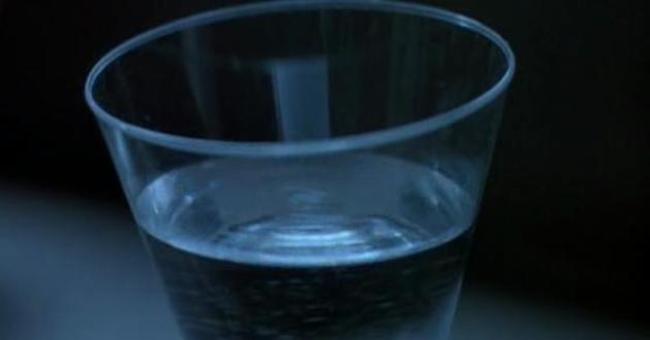 In a brilliant scene, before the T-Rex makes its first terrifying appearance, director Steven Spielberg very cleverly builds up suspense for the audience. Part of this build up involves a cup of water vibrating and causing concentric ripples, as the massive dinosaur draws nearer. No one could have guessed that a simple cup of water would be so incredibly effective as a way to invoke tension and fear in the audience, but this cup of water was not only to become synonymous with dinosaurs, but also one of film’s most iconic props.

Spielberg got inspiration for the idea when he was listening to Earth, Wind and Fire on full volume in his car one day. He noticed how the rear-view mirror was vibrating in reaction to the bass, and he wanted the same effect in the scene.

Making the water vibrate was not an easy task though, and the special effects team struggled to find a way to do it. One day, dinosaur effects supervisor Michael Lantieri decided to experiment with his guitar, playing notes and noticing the effect they had on a glass of water. Eventually he struck a note which had the desired effect on the water. To recreate the effect, a guitar string was fed through the car dashboard down to the ground, and then manually plucked during the scene.

The use of a practical effect rather than using CGI is another reason that makes this iconic yet simple prop, one of the best props in film.

4. Wilson the Volleyball (Cast Away) 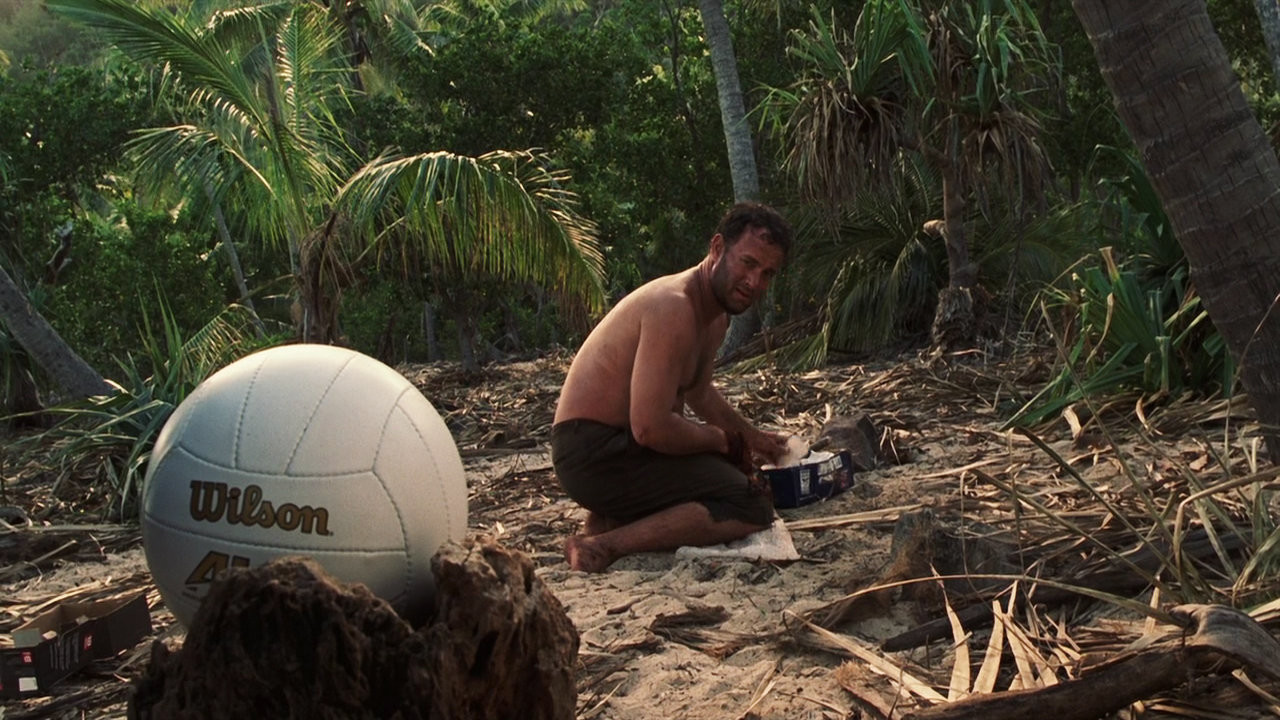 A prop that became so iconic, it has its own IMDB page – Wilson the Volleyball ‘starred’ with Tom Hanks in Cast Away. When Hank’s character Chuck Noland ends up stranded alone on an island for four years, Wilson serves as his only friend and companion. As such, Wilson almost becomes a character in its own right.

Wilson works so well as a prop because firstly, it becomes almost personified which is a great narrative device, but also because it helps to serve as a means in which to realistically allow dialogue throughout Chuck’s time on the island.

One of the original volleyballs was sold at auction for $18.500. Wilson became so popular that Wilson Sporting Goods manufactured a reproduction of Wilson, including a bloody handprint face on one side. Wilson continues to be offered as a product on the company’s website today – seventeen years after the film’s release. 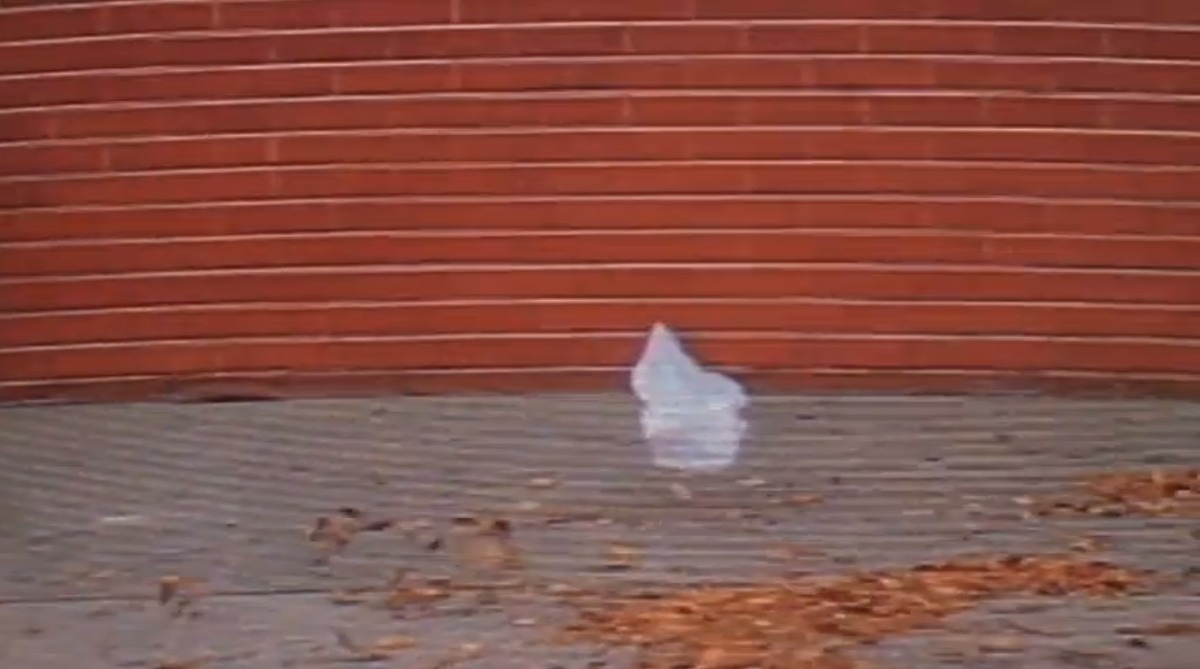 No one could have predicted that an unmarked, white plastic bag would become one of the best and unexpectedly effective film props of all time. In a scene where characters Ricky and Jane sit in Ricky’s room, Ricky shows Jane “the most beautiful thing he’s ever filmed.” And so, to the background of a hauntingly beautiful score by Thomas Newman, they watch a clip of a plastic bag being blown around on an autumn day.

Something that sounds so incredibly dull and even slightly silly, actually becomes an incredible metaphor for so many of the film’s, and life’s, themes. And is a scene that stays with the audience long after the film has finished.

Lynda Reiss, the property master on American Beauty, was set a tough task when director Sam Mendes explained about the bag he wanted. It had to be a plain, white bag with absolutely no markings. This sounded simple, but proved to be almost impossible as various manufacturers were only prepared to provide bags in the thousands, which would stretch the low budget too far. In a stroke of luck, the props department happened upon the bag completely by accident when they were unloading a car full of props. They still have no idea where the bag came from.

The plastic bag scene and plastic bag have since become iconic, and have been both paid homage to, and parodied, in popular culture. The genius is this prop is in its wonderful and unassuming straightforwardness, and at the same time its metaphorical complexity. 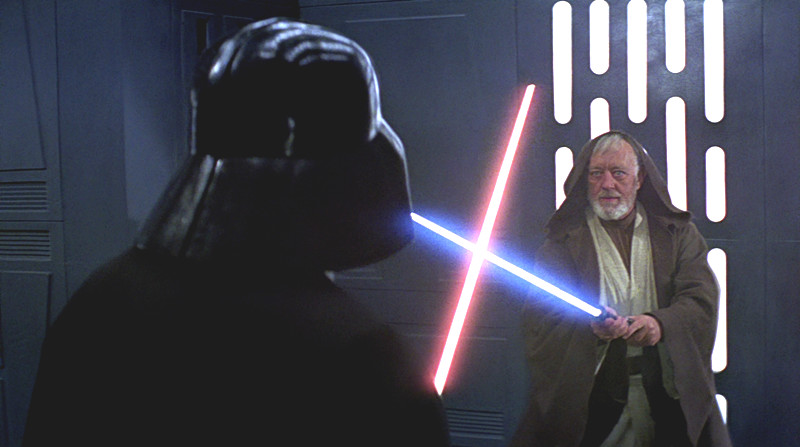 The signature weapon of The Jedi Order and The Sith, the lightsaber has become the most famous weapon in sci-fi film history, and thus one of film’s most iconic props. The lightsaber first appeared in Star Wars: A New Hope in 1977, and has since been shown in every Star Wars film. The concept of the lightsaber appeared in George Lucas’ earliest drafts of Star Wars, in which he called them ‘lazerswords.’

Eventually they developed to become lightsabers. The unique laser look of the lightsaber was created using rotoscoping in the original films, and with digital effects in the prequel and sequel films. The distinct sound of the lightsaber was developed by sound designer Ben Burtt, and is made up of idling motors in aged film projectors and interference caused by a television set.

The lightsaber has had a massive impact on popular culture, and has been the subject of mass merchandising, attractions, stage shows and parodies. Instantly recognisable, the lightsaber is a classic film prop but is also incredibly adaptable. Fans have waited with anticipation to see the latest incarnation of the lightsaber in each new film in the franchise. For example, the introduction of Kylo Ren’s crossguard lightsaber. Consistently voted in top film prop lists, the lightsaber continues to be one of the best props in film.

1. The One Ring (The Lord of the Rings franchise) 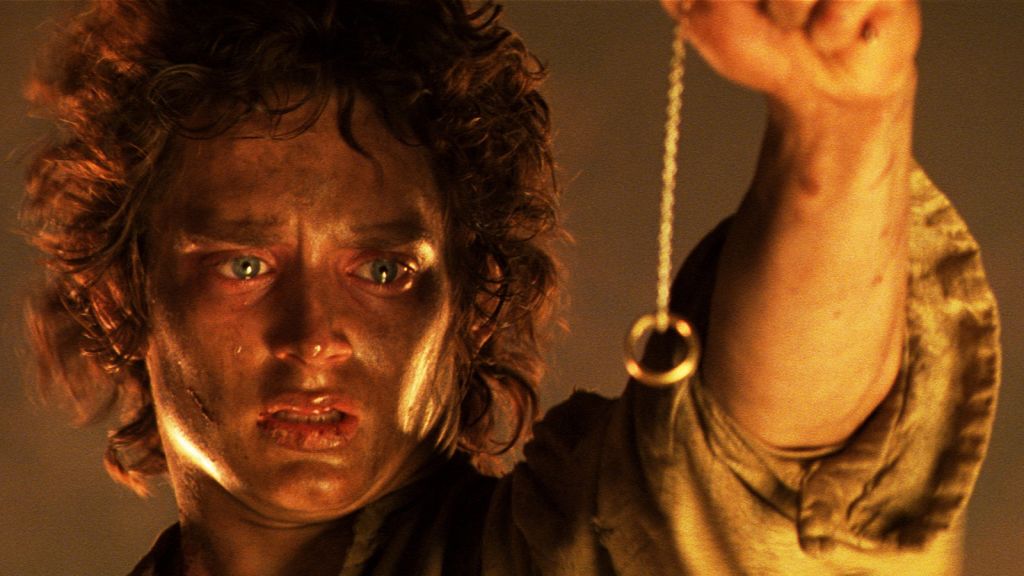 A prop can be many things in a film, sometimes a vitally important plot point and sometimes an offhand item in a scene. The One Ring from The Lord of The Rings franchise is the central plot element, and is what the entire film is revolved around.

Production designer Grant Major said of the ring design process, “When first tasked with the design of this most important prop for The Fellowship of the Ring, I thought it would probably take forever to agree on its look with the director, producers, the studio, Lord of The Rings experts, and fans all weighing in.

As it transpired, the overall design concept was quick and easy, one of the producers, Rick Porras, was about to be married and the ring he had chosen was identified as a good starting point for ‘The One Ring.’ Alan Lee produced some additional sketches of the ring, but it didn’t change significantly from this first idea. A local jeweller from Nelson, New Zealand, Jens Hansen, was chosen to make these ring props.

After various prototypes were produced, a final version was chosen and then multiples were made (around 40, I understand) for the actors and doubles in various units, many more were made latterly for publicity and gifts. From memory, there was never a version with the glowing lettering — this became a visual effect. The lettering itself was a direct copy of that found in the book. But it was such a privilege help to bring this iconic prop to life and see how it has now become the definitive version for this movie phenomenon.”

As a film prop, The One Ring is probably the most iconic film prop of all time, and will forever be remembered and treasured amongst film lovers.