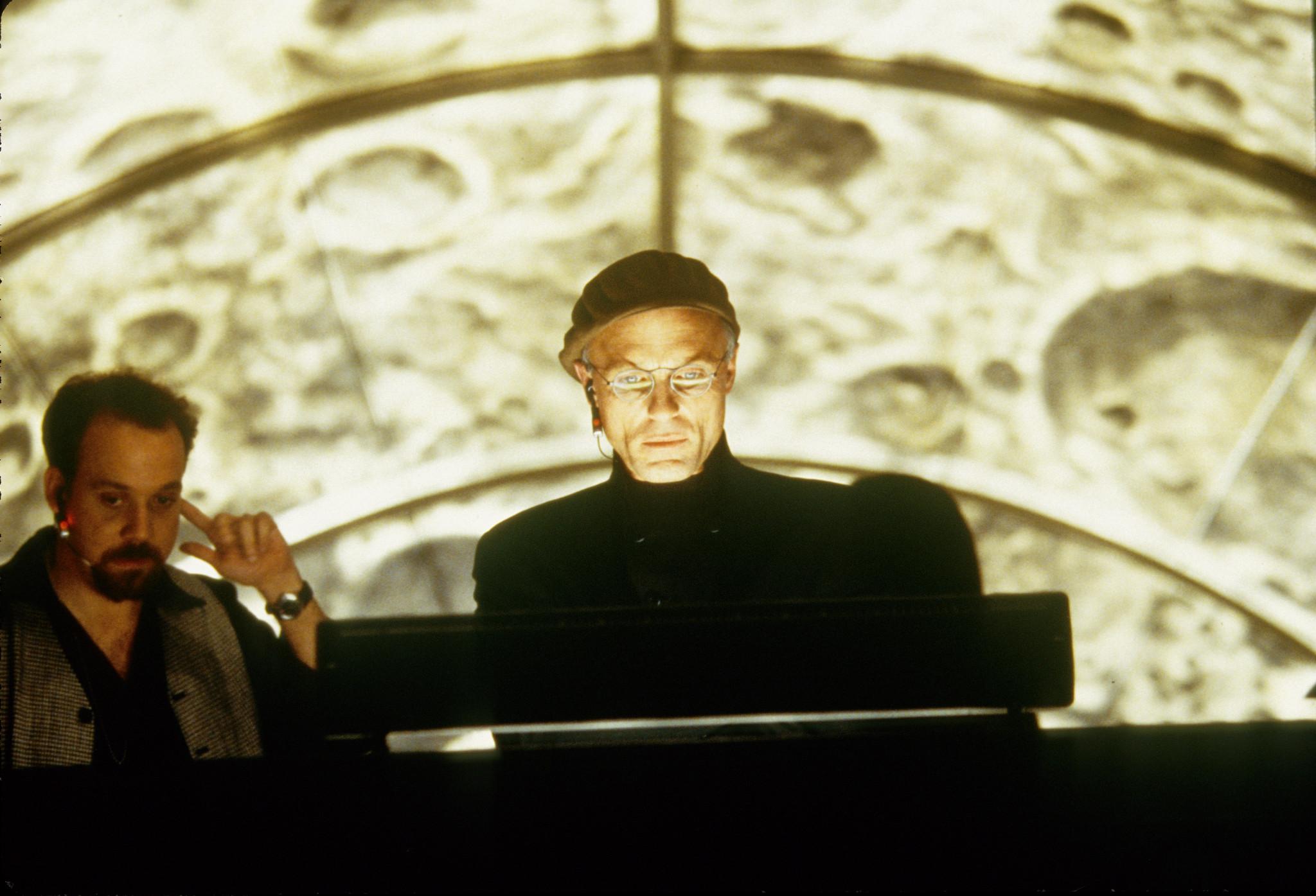 Jim Carey is an insurance salesman who seems to live the perfect American life. With his own house and a beautiful wife, and unbelievably friendly neighbours, he can’t quite believe how lucky he truly is. Little does he know that he is actually the unwilling star of the USA’s highest rated television show, with everyone he knows being played by an actor.

Yet, as the show is celebrating its thirtieth year, Truman soon notices a series of odd occurrences that don’t quite add up. Why does rain only fall on him, why has he never been outside of his hometown, and was that homeless man he just saw actually his father?

A profound exploration of metaphysics and theology which tapped into the late 90s rise of around-the-clock television coverage, The Truman Show is the perfect comic equivalent to The Matrix’s relative seriousness.

What is so satisfying is the way we understand the rules of this world but Truman doesn’t, making his attempts to leave the town that more enjoyable. In that sense, the audience is implicated as a type of omniscient God, and Truman a type of modern Job, questioning a universe that doesn’t make any sense. Rarely is cinema so great on both a philosophical and a narrative level.

The second film in Steven Spielberg’s trilogy of serious science-fiction films in the 00s, The Minority Report remains one of his greatest combinations of great action sequences with cerebral ideas. It takes place in 2054 Washington D.C., a world where three mutated humans known as “PreCogs” can predict crimes before they even happen.

Potential murderers are then put in virtual reality programs instead of being traditionally imprisoned. This leads to a world with no crime left. However, when police Chief John Anderton (Tom Cruise) is predicted to murder someone in the next 36 hours, he has to go on the lam in order to prove his future innocence.

The universe of The Minority Report is one of the most complicated in the science-fiction genre. On the one hand, technology has helped to create a completely functional society. Yet by that same hand, people are committed to prison for things that they haven’t even done yet, creating an intriguing central dilemma.

Helping to stress this moral ambiguity is the film’s film noir vibe, also complemented by its highly complicated screenplay. Like The Matrix, it is a master combination of stunning visuals and lofty ideals, yet The Minority Report feels like an even more adult experience. 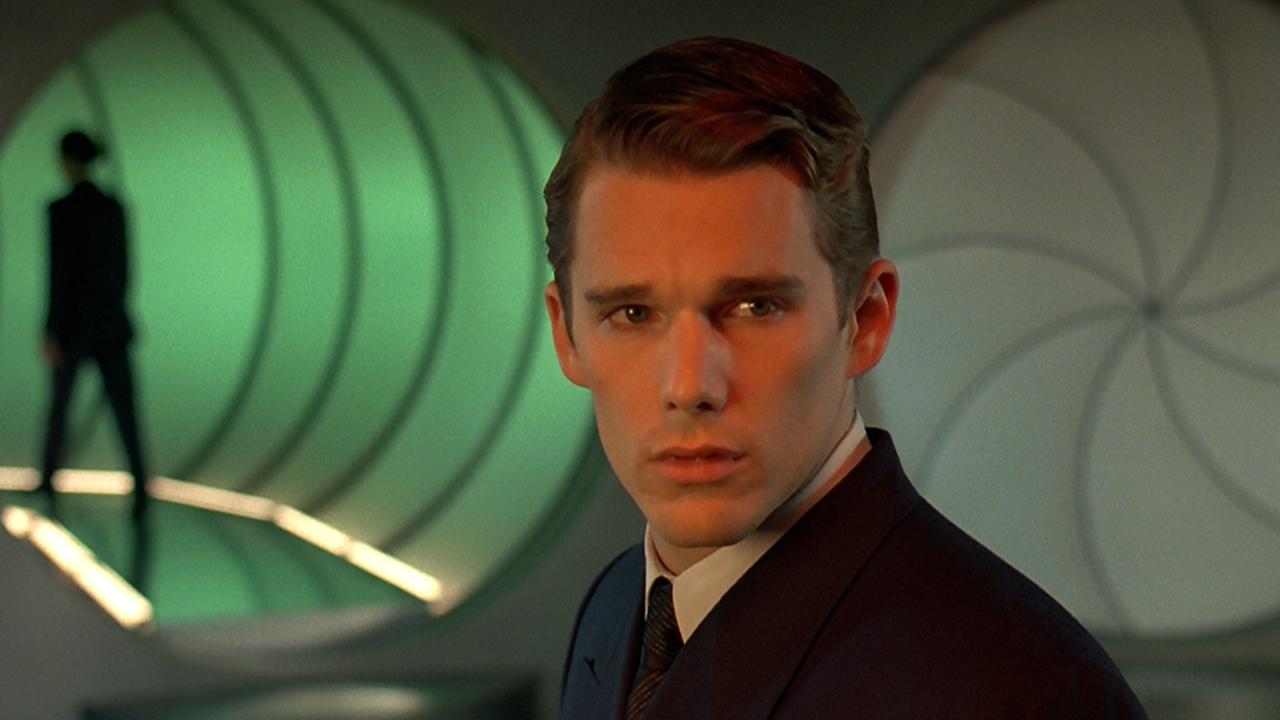 A great example of the biopunk genre, Gattaca portrays a world in which your biological DNA determines your lot in life. Children are conceived here though eugenics in order to make sure they have the best traits of both their parents.

However, for those who do not have this access to eugenics, their children face intense genetic discrimination and are labelled as in-valids. Vincent Freeman (Ethan Hawke) is one such in-valid, given an estimated lifespan of only 30.2 years. However, he has dreams of joining the Aerospace Corporation, therefore relying upon the generosity of a disabled swimming star (Jude Law) in order to fake a new identity and join the program.

Weirdly under-appreciated upon its release, Gattaca now enjoys its status as a cult film. It remains one of those rare Hollywood films that has the smarts to give weight to its thriller elements.

The perhaps obviously titled Freeman remains a highly compelling character, because, as a man given none of the same benefits in life, he has to use his intuition in order to become a more successful person. A rebuke to the idea of predestination, the film celebrates the differences we all innately own, making it one of the very best predecessors to The Matrix. 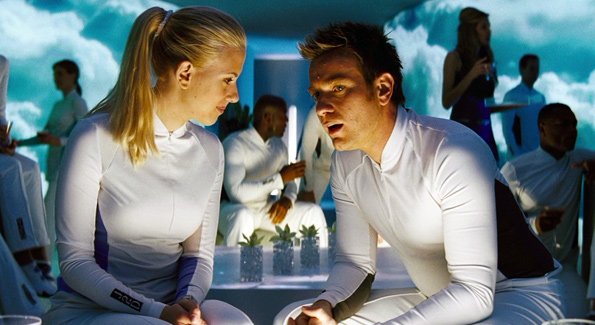 Michael Bay might be best-known for his loud and dum action movies, but The Island was one of his rare films where the central idea behind the action sequences was just as compelling. Set on a compound where the inhabitants are told to stay there due to the outside world being contaminated, it turns out that they are actually being used as clones for the wealthy. This is so they can be used as organ donors.

Ewan McGregor stars opposite Scarlett Johansson as a man who upon seeing a live moth soon realises that there is nothing wrong with the outside world. Soon the two of them start a rebellion on the island in order to save their fellow captives.

Like how The Matrix posited we are merely captives of a higher intelligence telling us the way the world is, The Island takes place in a similarly deceptive world where the story the inhabitants are told doesn’t truly line up with the way things really are. Although critically maligned upon its release, The Island stands up today, especially in light of Bay’s Transformer films, as one of his better works.

The best science-fiction works as a metaphor for the way the world is today. This is definitely true in the case of the highly allegorical Snowpiercer, in which the fundamental inequalities of society are rendered in the form of a train that contains all that is left of human life. Whilst the rich patrons of the train live in padded and highly comfortable carriages, those at the back of the train are forced to eat disgusting food and live in inhumane conditions.

Thankfully for the “scum” in the back, one man — played by a revelatory Chris Evans — leads a revolution that will take them right to the very front, taking out anyone who stands in their way. As violent as it is intelligent, Snowpiercer is continuously entertaining for the ways each subsequent carriage reveals more and more about the self-contained world the characters find themselves in.

As The Matrix continuously shows more of the real world the further we find ourselves going down the rabbit hole, Snowpiercer seems to use the same conceit in reverse, going from the dungy real world to the lies that structure the more developed world. Easily one of the most intelligent science-fiction films released this decade.

791
SHARES
FacebookTwitterSubscribe
Subscribe via Email or RSS Feed
Pages: 1 2
Comments (26)
Movies You Should Watch If You Liked "The Matrix"