Lars von Trier’s “Nymphomaniac” tries to present the condition of the main character as something which should not be suppressed or looked down upon in society; the heroine should accept herself for who she is, in spite of society’s prejudice. On the other hand, McQueen takes an entirely different approach.

When his boss says during a meeting: “I find you disgusting. I find you inconsolable. I find you invasive,” Brandon looks worriedly as he is talking about him and his addiction. While talking to his sister, he says: “You can’t help yourself. It’s disgusting.” This is obviously him projecting his feelings about himself onto his sister. He is trying to escape the circle of desire, but is unable to. 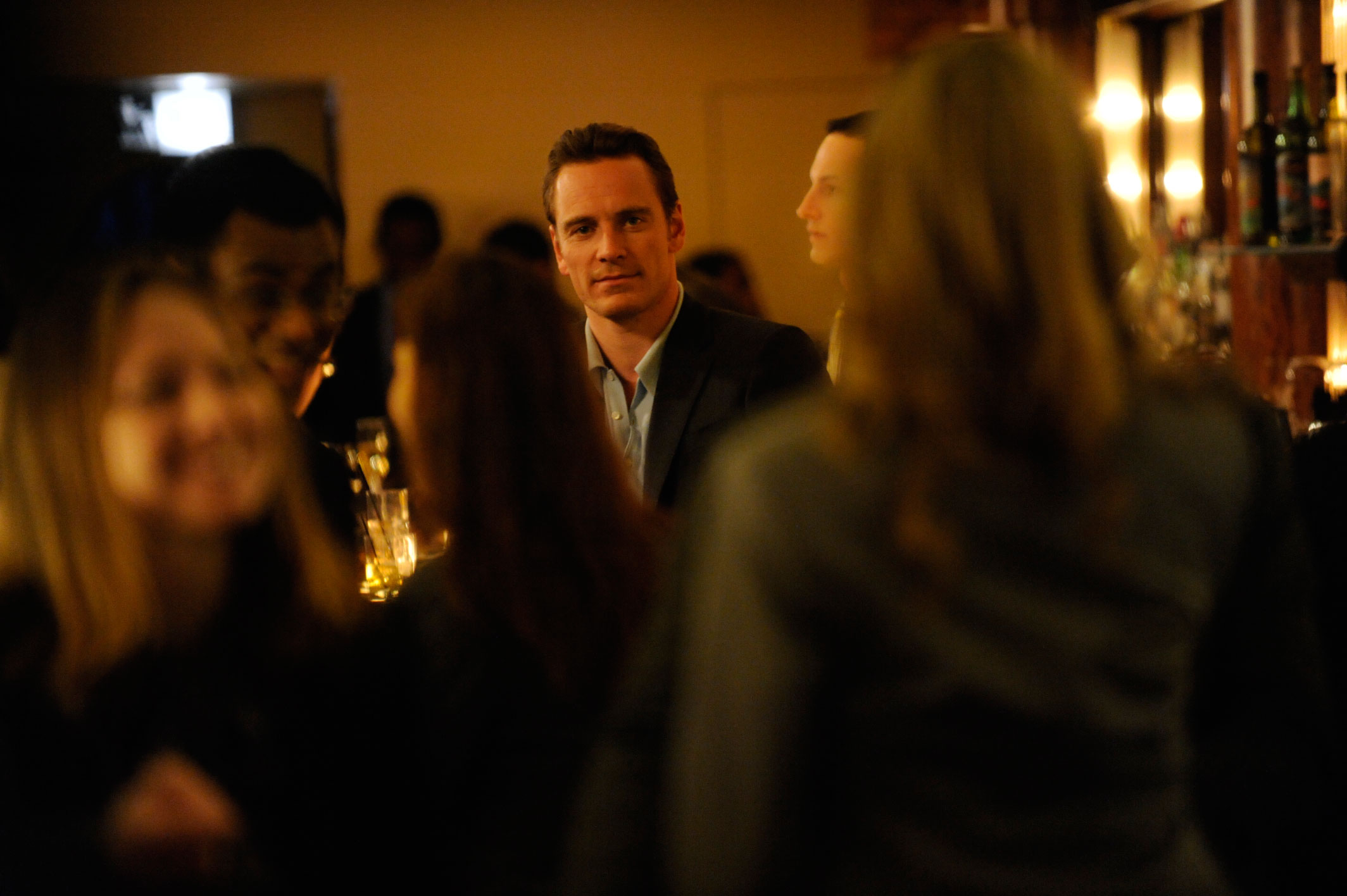 The scene in the film in which Brandon is on the street and looks at the building with glass windows, seeing a couple having sex in the dark, and other people as well, can remind one of Alfred Hitchcock’s “Rear Window” and his presentation of voyeurism. The viewer may feel like a voyeur when watching “Shame” since he can see the main character completely stripped down to the core with nothing hidden from him.

The scene in which Brandon has sex with a woman against the glass window, after parting with Marianne (a cut is made leading to the scene), is first filmed from their backs and then we briefly see them having sex from the outside of the building; our point of view at that moment is the one of a voyeur. We are in a way “forced” to participate as voyeurs and it may be slightly disturbing, since we are observing the intimacy as impartial spectators.

The film opens with a shot of Brandon lying naked in bed, covered with sheets. The camera astonishingly captures his emptiness after waking up. It is beautifully shot and throughout the film we can see astonishing shots of the city in the dusk and an interesting use of lighting, which creates shades with artificial lights to produce an almost mystical mood. Spell-binding photography carefully uses warm colors and creates a somber and raw atmosphere.

The scene in which Brandon is devastated because his sister tried to commit suicide is interestingly shot. In a medium shot, we see him approaching, with his face showing despair and bursting out crying, giving way to a long shot of him sobbing, showing the washed down concrete he is lying on.

“Shame” shows the development of McQueen’s cinematic style since the use of extreme close-ups (which are abundant in “Hunger”) is much more controlled; close-ups are rather rare and medium shots prevail pointing to the role of the viewer as an observer of the events that are unfolding before his eyes.

Brandon aggressively pushes Sissy away from him, although she is his only relative, and he is her only support she can have. The invasion of privacy, which often happens, shows that they cannot have a close relationship since the other one, mostly Brandon, perceives his sibling as an intrusion which needs to be rid of. The argument at the end of the film is shot from their backs and Brandon’s jaw shows an aggressive posture which does not permit any contact, leaving only coldness.

The only moment in the film when they are close and are joking is the one involving a red hat at the train station. Brandon allows himself a moment of leisure and agrees to see his sister perform. Sexual drive seems to stand between them in the form of Brandon’s boss, perhaps not only at that moment, but that should be left to the psychoanalysts.

Their argument, when Brandon openly tells Sissy that he doesn’t want her in his life because he “didn’t give birth to her,” emphasizes her need for closeness and warmth, while he states his need for privacy and the maintenance of an illusion of self-dependence. 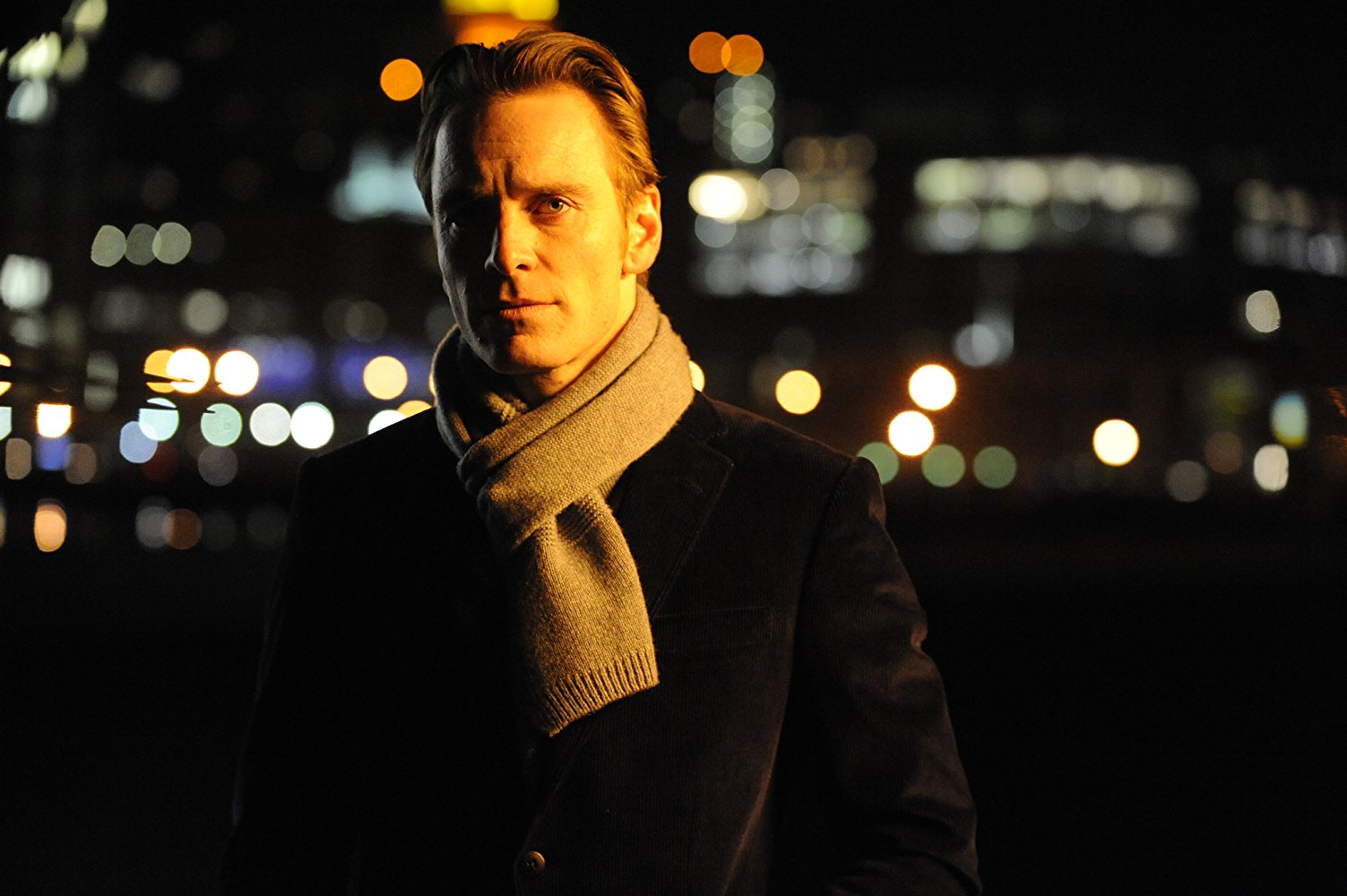 Sissy says to Brandon: “We are not bad people. We just come from a bad place.” The modes of thinking which see the advancement of the civilization as constant progress are put in question. When writing about the decadence of the Romans, Augustine highlights that its cause is their overabundant wealth.

We can see that Brandon is an executive in a corporation and lives the lifestyle of a rather well-to-do individual. To paraphrase Brandon’s boss, a cynic would agree with the aforementioned diagnosis while observing the events in “Shame”, but that cynicism would most likely turn into awe.