The Truman Show follows a Truman (Jim Carey) who’s every action is recorded and broadcast live on television without his knowledge. As the clues stack up, Truman becomes frantic for the truth. Paranoia and delusion aren’t new concepts, but The Truman Show Delusion (an actual psychological phenomenon) certainly plays on them in unique ways.

In the digital world, it’s entirely possible to broadcast one’s thoughts to millions of strangers, but what is so frightening about The Truman Show is that the character had no idea he was living in a fabricated world. In the end, Truman becomes frantic in his attempts to uncover the truth, risking his own life as well as the lives of others in the process.

The possibility of a man having his every waking moment unwittingly broadcast on television is certainly disturbing, and will have many viewers questioning the reality of their existence. The Truman Show begs the question: if one’s entire existence is controlled and manipulated does that make it any less real? And perhaps even more difficult to answer: if your life was a television program would you want to know?

In Fight Club, our nameless narrator (Edward Norton) has his life turned upside down when he meets the uninhibited Tyler Durden (Brad Pitt). The two begin an underground fight club, where men can shed their white-collar personas and resort to the archaic instincts of our caveman ancestors. They effectively create a counter-culture that resists consumerism, but things spiral out of control.

Tyler’s unbridled masculinity, while liberating, inspires a kind of anarchy. He appears to be a modern-day messiah, stating that our possessions actually possess us, and debunking the television-inspired belief that each of person can grow up to be rich and famous. Tyler’s solution to working through disillusionment? He simply says that “losing all hope is freedom.”

While Tyler Durden’s philosophies sound good in theory, and will have many viewers silently cheering for his success, the reality is that such a life-style can be incredibly destructive (as the literally mind-blowing ending proves). Still, after watching Fight Club you will feel as though you have sold out every time you clock in at work or buy the latest gadget.

The Matrix injected philosophy into action, revolutionizing the genre for other thinking thrillers to come like Inception and Shutter Island. The Matrix got philosophy majors and adrenaline junkies sitting side-by-side in the theater. More than that, it’s become a part of our cultural consciousness.

In the film, computer programmer, Thomas “Neo” Anderson (Keanu Reeves) discovers that what he perceives as reality is a lie, a shared simulation called ‘the matrix’ in which the minds of virtually all humans have been trapped. Neo is invited to awaken himself to reality and fight against the powers that keep humankind imprisoned.

The idea of The Matrix is an updated version of Gilbert Harman’s “brain in a vat” scenario, in which a consciousness is unaware that it is not having a physical experience. The horrifying implication of the matrix is the reality that an individual cannot tell the difference between reality and a simulation.

Even more disturbing, is reality a single, irrefutable truth, or is reality simply everything one’s brain perceives to be real? After watching The Matrix, you will be question everything in your life, wondering if it is real or simply a simulation. 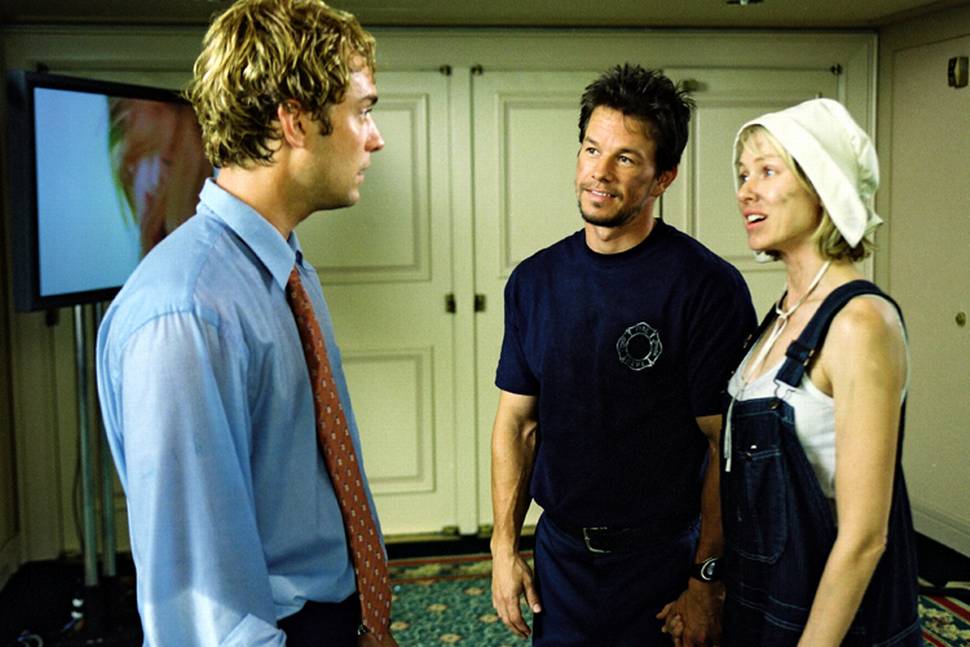 The story becomes increasingly wild as more aspects of Albert’s life come under scrutiny, but underneath the silliness there is a very real existential conflict erupting. The conflict in question results from the seemingly irreconcilable philosophies presented by the film. The Jaffes represent an optimistic view of existence in which everything is connected and life is full of meaning. Eventually, Albert meets the Jaffe’s nemesis Caterine Vauban (Isabelle Huppert) who insists that existence is comprised of meaningless suffering and that the best approach is to disconnect from life.

In the somewhat pat conclusion, Albert seems to reconcile the two camps, but not so for the viewer, who may be left with a lot of questions. Is life full of purpose or meaninglessness? Are coincidences significant or incidental? Is life to be enjoyed or simply endured? After asking these existential questions, I Heart Huckabees leaves the view to answer them himself/herself.

Into the Wild tells the true story of Christopher McCandless (Emile Hirsch) who abandons his life of privilege shortly after graduating from Emory University. Rather than enter the work force, McCandless throws away his money and embarks on a bohemian journey across the country. He takes odd jobs and interacts with various people, but eventually decides to test himself by living an isolated, Walden-like existence in the Alaskan winter.

McCandless’ story received tons of attention, both positive and negative. Although McCandless’ actions seem wild and irrational, hearing his earnestness at attempting an honest existence inevitably makes the viewer feel as though Chris is on to something. At first it is easy to think of Chris McCandless as a visionary, but the boy abandons his parents in his search for truth, and watching them suffer makes us wonder if Chris really knows what he is doing.

Many viewers may even feel driven to follow Chris into the wild, and abandon the weight of financial obligations. But when Chris realizes he may have bitten off more than he can chew, the viewer too will understand that the “freedom” and “honesty” that McCandless strove for may be unattainable. Into the Wild presents a blueprint for living an honest, uninhibited life, and then tears than blueprint to shreds. It’s existentially horrifying to buy into an ideology only to have it go up in flames.

Charlie Kaufman (known for writing Being John Malcovich and Eternal Sunshine of the Spotless Mind) is no stranger to existentialism, and his directorial debut is perhaps his most existential work to date.

Synecdoche, New York tells the story of theater director Caden Cotard (Philip Seymour Hoffman) who receives a fellowship enabling him to create his greatest artistic achievement yet. Caden gathers a massive cast in a gigantic warehouse and has them act out ordinary scenarios, emphasizing realism. As the play expands and becomes increasingly similar to reality, various roles are juggled and the lines between reality and fiction become non-existent.

As an artist, Caden seems to believe that his perspective and interests are the only ones worth pursuing. He is very self-absorbed, and although his play begins as a singular passion project, it expands into something beyond his own control.

As his perception of reality expands to encompass other perspectives, he casts himself as cleaning lady Ellen. Seeing through another’s eyes, Caden realizes that all people are essentially the same. We all experience pain and joy and death.

With this realization, he understands that he is not special or unique, but simply a synecdoche for humankind. Watching Caden find freedom and peace in losing his identity is a strangely cathartic experience that will inevitably leave the viewer in an existential mood.

Don Hertzfeldt’s one-man animated film is surprisingly moving for having a stick figure as a protagonist. Our protagonist, Bill, goes about his mundane life, musing on existence until his life is disrupted by an unnamed mental disorder. Bill worries about the fact that his life is largely made up of unimportant routines, and converses with his ex-girlfriend about what should be done with his body after his death.

Bill also suffers from strange hallucinations and delusions, and a doctor tells him that some of his memories may have been simply made up. Bill’s issues with memory cause him to live life differently, and his repetitive daily routine no longer seems like a burden to him. It’s Such a Beautiful Day certainly questions the concepts of reality and perception. It’s also simply one of the most emotional movies to come out in the last decade. If this doesn’t get you thinking about your own life, nothing will.

Upstream Color is a very strange film about two strangers, Kris and Jeff, who find themselves inexplicably drawn to one another. In reality, both are victims of a strange parasite they were exposed to as part of a larger conspiracy. The parasite induces a certain susceptibility in its host, making them docile while a thief takes their most valuable possessions. Unfortunately, the parasite also seems to affect their memories, and the two have no recollection of the traumatic events that accompanied their encounter with the parasite.

Shane Carruth’s films are labyrinths of ideas, and Upstream Color has a terrifying message about the invasion of one’s identity. After being robbed, the parasites inhabiting Kris and Jeff are transferred to pigs, and the well-being of these pigs has a huge impact of Kris and Jeff’s life. The horrifying ordeal of being infected with a parasite and robbed is only the beginning to the nightmare, as the couple’s life is seemingly manipulated by others years later.

The frightening reality of Upstream Color is that a person’s actions and perception can be manipulated so subtly and without his or her knowledge. Although Jeff and Kris do not have their own free will, they are completely ignorant to the fact. It will certainly have you thinking about whether your perceived freedom is real or imagined.

Author Bio: Holden Wright is a recent college graduate with a degree in English, and currently works as a content writer/editor. An avid journal-keeper, voracious audiobook-listener, and major movie buff, Holden hopes someday to be a screenwriter. In the meantime, you can read more of his movie reviews on Instagram @holdenreviews.

989
SHARES
FacebookTwitterSubscribe
Subscribe via Email or RSS Feed
Pages: 1 2
Comments (7)
Great Movies That Will Give You An Existential Crisis