Definitely the weirdest film on this list, Holy Motors is not only a wonderful hidden gem from France, it’s also a quintessential surrealist film. During most of the film, the audience is trying to figure out what is going on but the film definitely keeps the audience’s interest throughout its entirety.

Holy Motors has a wonderful look with great cinematography and a wonderful use of costumes and makeup design to turn its star into a variety of colorful characters. These characters are all unique and appear to have different missions throughout the world whether it is to perform a motion-capture sequence or to have a romantic walk with a woman played by Kylie Minogue. Holy Motors is weird and very proud of it, which is all it needs to be an excellent film.

While sexually explicit films such as Nymphomaniac and Gaspar Noe’s Love have been on the rise lately, Año Bisiesto makes a meaningful addition to this artistic trend. A worry that many have with these types of film is that the focus can get ignored for shock value. This film does an excellent job of using shock value to maintain its focus.

About a lonely woman that enters into a sexually violent relationship with a quiet, reserved man, Año Bisiesto knows how to use sexually explicit scenes to reveal important information about a character. The whole movie takes place in her apartment, which helps the audience get to know her character even more, and to show a steady progression of the emotional state of the two main characters.

The apartment becomes a supporting character in the way that she interacts with it throughout the movie; it supports her and even shames her at parts of the film, and this interaction drives many of the emotional parts of the film home. 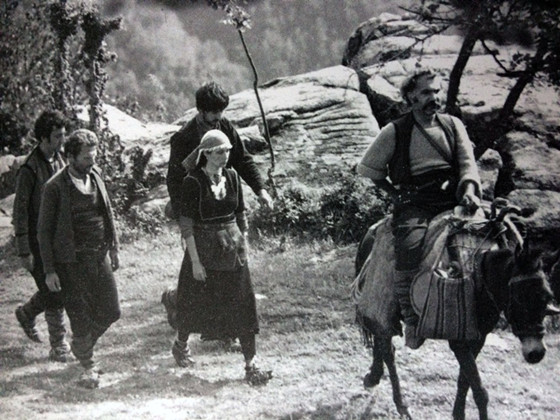 Manly Times is one of the finest examples of Bulgarian film there is. Bulgaria, however, is completely off the radar for most cinephiles. Taking a look through the collection of Bulgarian cinema is quite interesting though as most of it is extremely representative of their culture. They are very proud of their film, and in this movie it shows – in an endearing way. There is something about this type of filmmaking that is so honest that it’s hard not to like it.

It tells the story of a rich man who hires a group of men to kidnap the women he wants to marry from a nearby village. However, this movie puts a twist on that tradition when this particular woman is much more stubborn than the others.

In many scenes, the shadow of the cameraman can be seen, and while it reminds the audience that they are watching a movie, it only adds to the biggest strength this film has – honesty. All of the actors and those working on the movie very obviously fully believe in what they are doing,and it makes for better performances both on-screen and off.

In a time when the majority of the film industry is criticized for being dishonest, it is refreshing to go back to these old films like Manly Times that represent an exciting culture and tell an ancient story that is rarely heard here in America. 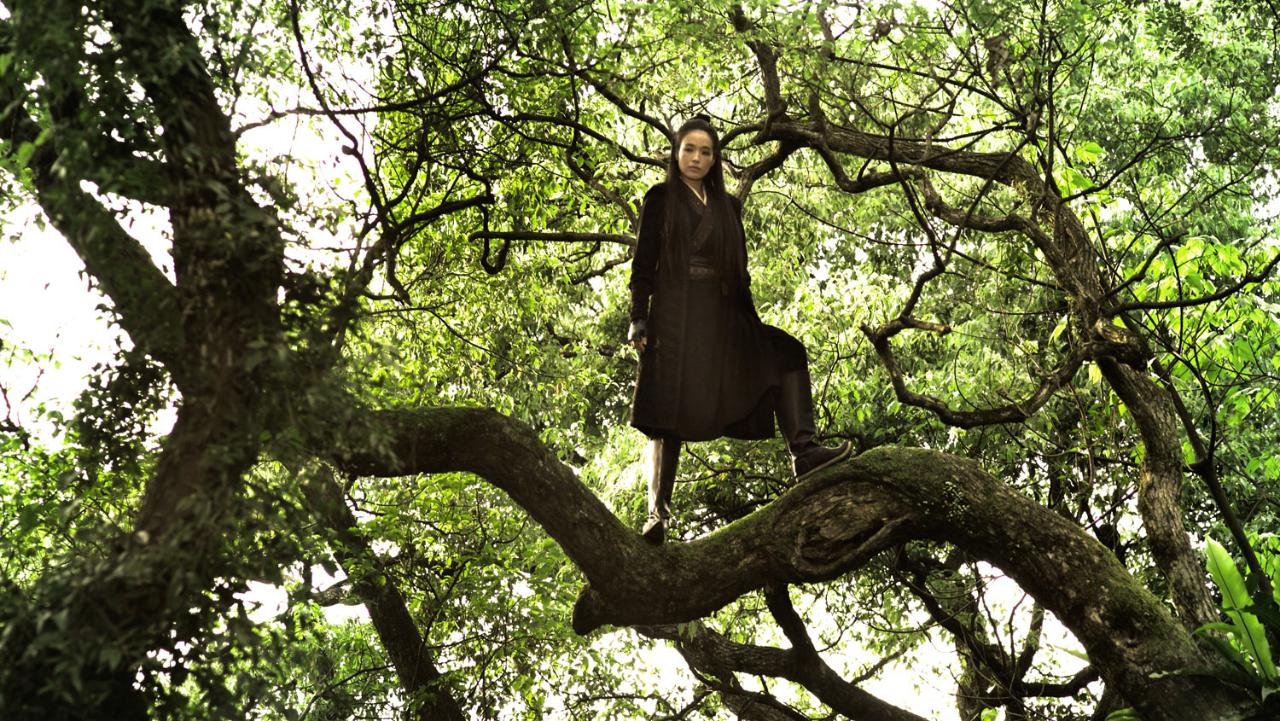 Like some other films on this list, The Assassin requires focused attention while viewing, but masterful director Hou Hsiao-Hsien made it easy to be stuck to the screen by including some of the best cinematography the wuxia genre has ever seen.

For those who don’t know, the wuxia genre is a traditional martial arts film that takes place in ancient China.These are films like Crouching Tiger, Hidden Dragon and Hero. The Assassin is much different than these two films though, or really any other film in the genre.

Instead of being led by the action, the film is led by intense dialogue and cinematography. In fact, much of the action and integral parts of the story happen off-screen, not to discredit the hypnotic fight scenes by the main character. She’s portrayed in the film as a matchless opponent, but when she’s forced to take on a job that she has personal connection with from her past life, her job becomes not a test of her physical abilities, but her emotional and moral abilities. The Assassin is entirely thought-provoking and mesmerizing despite its intentionally elusive story and brief, yet hypnotic action sequences.

It’s no surprise Yorgos Lanthimos was praised this awards season for his latest film, The Lobster, but his other 2011 Oscar nominee, Dogtooth, has been largely overshadowed since its initial nomination. If you know anything about Lanthimos’ style though, you’d know not to miss this psychological comedy.

The material is shocking and thought-provoking, but the writer-director contrasts it with a very innocent, childlike style of filmmaking. Due to its matter-of-fact tone, Lanthimos makes his audience comfortable enough to watch even the most grotesque scenes, but it’s this nonchalance in the face of such moral corruption that gives the audience an overall sense of uneasiness during the film. Lanthimos achieved the same in The Lobster but with a focus on society rather than family. Fans of The Lobster definitely should not miss Dogtooth. 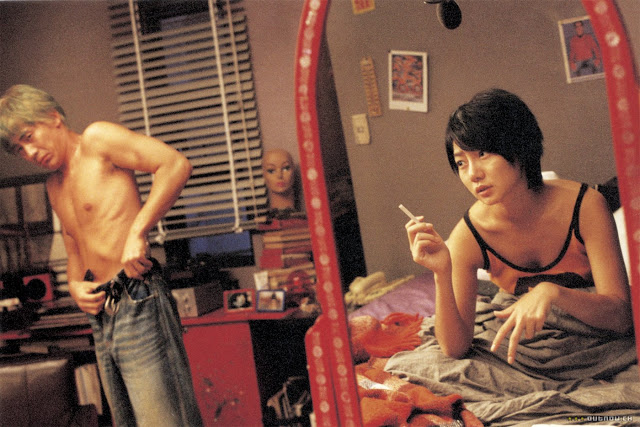 South Korean director Park Chan-Wook, primarily known for his masterpiece, Oldboy, challenges his audience with Sympathy For Mr. Vengeance, capturing his original style that gave birth to his more familiar works. As the first installation of his spiritual trilogy, this is a complex revenge story about Ryu, a deaf mute, who tries to take care of his deathly ill sister. Like Oldboy, this movie, while excellently made, brings its characters to their lowest point in Park Chan-Wook’s distinctive style.

Perhaps the most intriguing detail of Sympathy For Mr. Vengeance is its relationship to the viewer. Rather than adding something, it feels as if it’s taking something away from its viewer by consistently making each circumstance the characters find themselves in worse and worse. The audience is taken along for the ride in this major fall from grace.

It all works to the film’s benefit though as it’s this difficult relationship with film that is helpful to society. Park Chan-Wook creates polarizing film that challenges its audience head-on and forces people to better shape their understanding of the world. Sympathy For Mr. Vengeance shines as a lesser-known example of this phenomenon.

Saul Fia is a Holocaust film like no other. It’s achievements are many in both what it did do and what it did not do. It’s easy for Holocaust films to become very Hollywood or to make beauty out of human suffering, but Saul Fia’s director, László Nemes intentionally stayed away from the traditional Hollywood tropes associated with films’ portrayal of the Jewish Holocaust.

The intention rather was to put its audience on the ground of a concentration camp in the shoes of a man in the Sonderkommando, forced to facilitate the mass murder of Jews from all over Europe.

The confusion and terror these individuals faced are always portrayed very realistically in the film, and Nemes did many interesting things to accomplish that. First, he made sure the main character Saul always had something to do, always had a mission of some sort.

This puts the focus on the character and how his surroundings affect him, rather than a focus on the immense suffering around him. He furthered this approach visually by keeping the camera eye-level with Saul, and often blurring much of what was going on around him.

This makes the terror he encountered seem much more real than many of the other still-amazing holocaust films we’re familiar with. Saul Fia is not an easy watch, but it’s essential viewing for smaller Holocaust films and entirely respectful of the material. 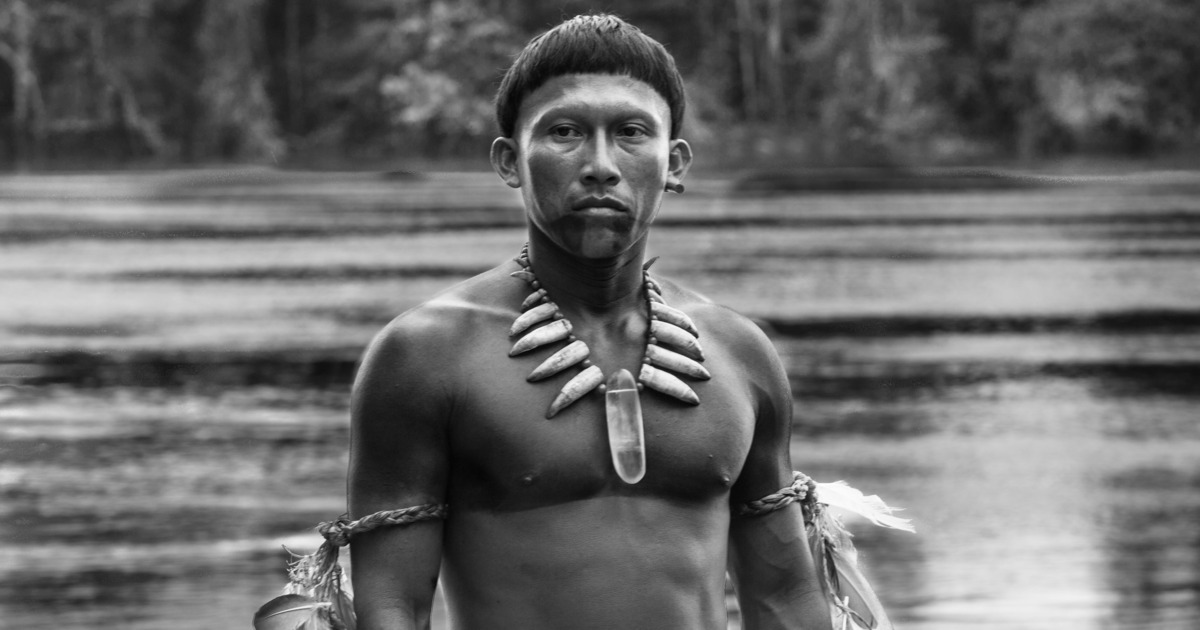 It’s not often that a movie gets everything perfect, but Embrace Of The Serpent does. From the beautiful monochrome cinematography, to the intense character acting, to the incredible world-building sounds of nature, everything is stellar.

The beautiful thing about foreign films is that they transport the viewer to a world different than their own, and this film does just that. It’s easy to get so sucked into this totally new world that you don’t always notice it is in black and white.

The film’s two stories intertwine seamlessly despite the forty year gap between them, never losing the viewer. None of the camerawork is distracting or over-ambitious, but instead follows carefully the action onscreen with cleverly-placed shots that put the Amazonian landscape of the story on display. Director Ciro Guerra does a masterful job of pacing this film, neither going too fast or too slow, and never distracting the viewer from the beautifully told stories of myth and legend.

Author Bio: Elliott Bennett spends his days watching and studying any film he can, and is one of those friends who will actually watch the movie you recommend. He proudly watches all the Oscar-nominated films before the ceremony every year, including Best Documentary – Short Subject.