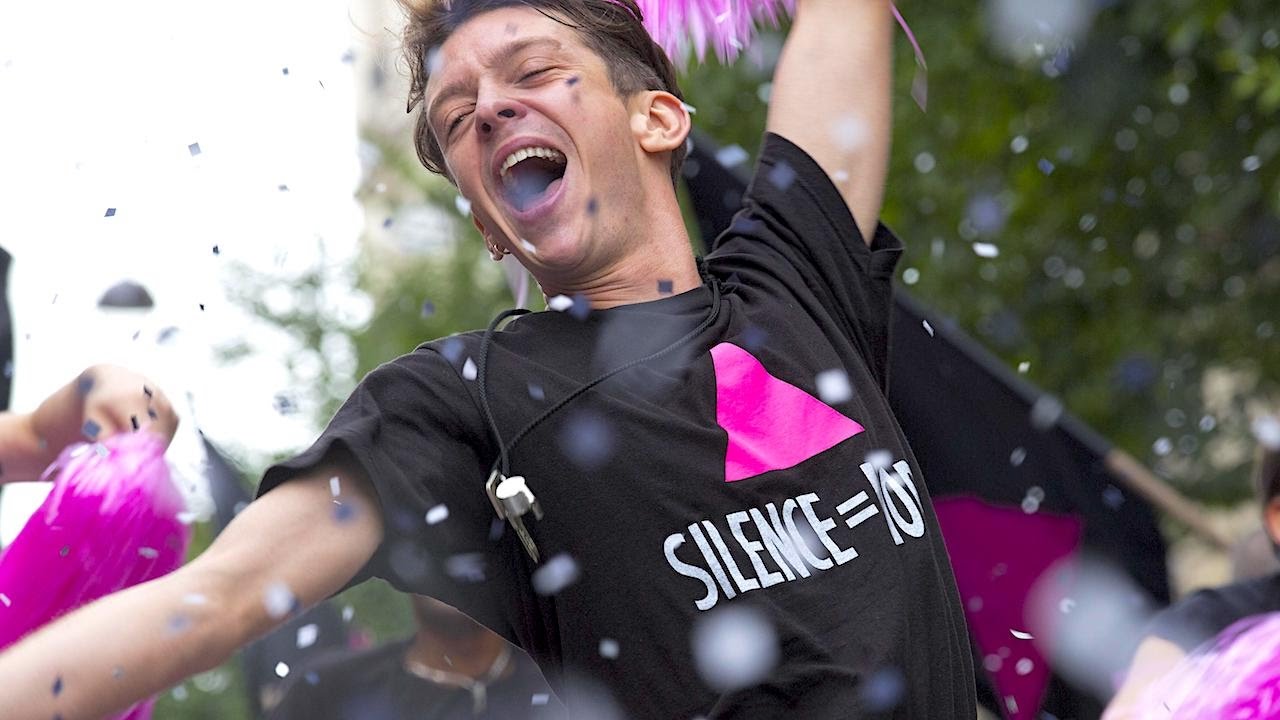 A fast-moving flight of exuberance and ecstasy set amidst the backdrop of AIDS ravaged France of the 1990s, BPM (Beats per Minute) is the visually varied, intoxicating, romantically yearning, tragically uptempo, and entirely deserving Grand Prix recipient at the 2017 Cannes Film Festival.

Directed by Robin Campillo, who also co-wrote the film along with Philippe Mangeot, drew largely upon their own experiences with advocacy and hospice as a part of the group ACT UP (AIDS Coalition to Unleash Power) in developing this compassionate, intelligent, and oft-times incredibly visceral story about homosexuality and the AIDS epidemic. And it’s a credit to the filmmakers that a movie that could have been a dirge-like dissertation or a cliché-ridden TV movie, instead nimbly embraces joie de vivre, even and especially for those standing so close to their final fragile days.

Shot primarily like an existential docudrama, BPM is sobering at the same time it’s celebratory, displaying tactile moments of anticipation and passion, humanity and hubris, as we attend handheld meetings where ACT UP plots affirmative action strategies and in-your-face educational campaigns with the immediacy and assumption of entering a theater of war.

It’s here that we meet the bright-eyed cast of characters, of which there are refreshingly few stereotypes amongst these HIV positive men and women and their supportive family members. It’s not as didactic or moralizing as it may sound, and while the story does dig in deep into a recounted personal illness tearjerker narrative –– and one that’s so beautifully handled –– BPM earns every tear with sincerity.

Particularly poignant and eminently watchable is Nahuel Pérez Biscayart as Sean, an HIV positive activist who, though militant, finds romance and great rapport with newcomer Nathan (Arnaud Valois), and as the two young men stare down doom and their own impermanence they still find so much humor, sexiness, solace, and rapture.

There’s isn’t the only story that unspools in BPM, though it’s the most prominent, and while Sean and Nathan’s time together suggests solipsistic suffering or forlorn hokum, instead the heartening gaze that Campillo puts on them is elegant, street-level, with a romantic pulse that shows both tight intimacy and a larger, luminous and gracious glow.

A gay masterpiece BPM most certainly is, but it’s also an aching cinematic experience of universal love, loss, and struggle, intimately captured within a nurturing community. There’s atonement and understanding here that’s facile and friendly in the face of such cultural disparity and contretemps, making the combination of moving imagery, tangible emotion, and heartache all the more substantive. BPM is a stirring achievement.