Families are messy business: people who are so emotionally close with each other are also prone to dramatic interpersonal tensions, particularly in moments of crisis. For the Parker family, it’s messier than usual considering the family’s penchant for murder and cannibalism. After the death of the mother, daughters Rose and Iris are tasked with continuing the family’s religious duties, which include procuring and cooking their chosen delicacy of human flesh.

Meanwhile, their father has fallen into a religious fervor of his own, plotting to poison the entire family so they can “join” the mother. Kids being kids, they rebel against their father but also carry on the family’s traditions.

This American remake of the 2010 Mexican film, We Are What We Are was a critical hit, with reviewers noting that the gorey details that satisfy a horror fan’s bloodlust is is balanced out with a skillfully made film and well-written story. Its commentary on the influence religious beliefs can warp children’s perceptions when enforced by their parents is trenchant and upsetting in itself, proving once again that the real horror can be found in basic human behavior.

Iran’s not known for its horror film output: its population having been subjected to a fundamental Islamic dictatorship since 1979, cultural output from the country is highly regulated by its government, and although Iranian cinema enjoys a healthy business outside of its country, there are a number of films produced in Iran that are paradoxically banned from theatrical release in its borders.

Female director Ana Lily Amirpour seemed to sidestep these problems by making a horror film based in Iran by producing it in the US and casting ex-Iranian actors.

This black-and-white debut is a vampire movie by way of Jim Jarmusch with Amirpour setting her story in the fictional Bad City, Iran (though shot in California), mixing Iranian influences with Americana stylistics, with some spaghetti Western thrown in for good measure.

Following the increasingly bad luck of a young man named Arash who lives with his heroin addict father and is bullied by a local drug dealing pimp. However, when he encounters a mysterious veiled woman, who happens to be a vampire, his fortunes begin to change. But in a mixed-up town like Bad City, who knows if this change is for the better.

A wholly unique vision from a first-time ex-Iranian filmmaker, it’s doubtful Amirpour would have been able to make this film in her home country. Celebrating numerous filmic and cultural influences throughout, A Girl Walks Home Alone At Night is a stunning debut from an original perspective that crosses over influences from the Middle East, America, and folklore to create a new kind of horror film not seen before. For fans of the Dracula myth who are looking for a quirky indie spin on this old trope, this film is definitely worth checking out. 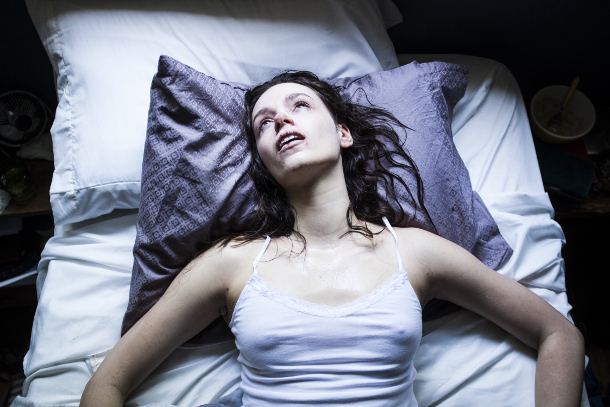 Being an actress can be tough: between the heavy competition in the field and the low-wage jobs many who pursue the craft hold so they can keep flexible, it’s a grueling experience. And if you’re surrounded by so-called friends who are either indifferent or actively trying to sabotage your chances at landing a part, it can become a nightmare.

This is the position Sarah finds herself in, and things only seem to improve when she auditions for a film and–thanks to a hair-pulling disorder she suffers from–catches the eye of the casting director.

From here, however, Sarah’s body begins to degrade and she starts to have a mental breakdown of some sort. Eventually, under some sort of satanic trance that had been put on her from the production company making her potential star-making role, Sarah begins a violent assault on her friends to secure the gig.

Starry Eyes is a potent horror film that also works as a commentary on Hollywood, suggesting that in order to succeed in the business, you have to give yourself over to powerful forces out of your control and be willing to sacrifice everything that you are.

An indie film whose budget was made through a Kickstarter campaign, it’s a pitch black film about the obsession for fame and success that can transform somebody–both physically (the film details a body horror transformation that’s appropriately unnerving) and mentally. There’s a dark side to show business, and Starry Eyes digs into that darkness and rips it apart piece by disgusting piece. 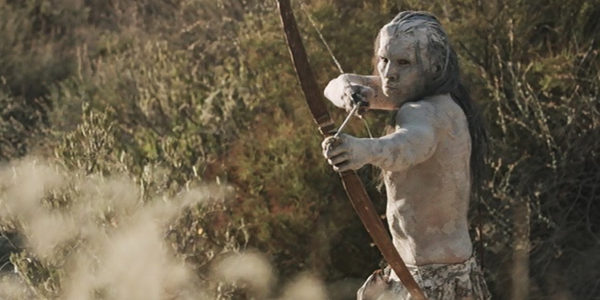 Horror westerns are a rare subgenre, and only a few have been made up to this point. Which is a shame, since these two resilient genres could produce a great number of original twists on numerous old tropes.

Bone Tomahawk blends both genres seamlessly, detailing the gory tale of a Sheriff’s posse (led by Kurt Russell) as it hunts down a notorious tribe of cannibalistic cave dwellers. Once they reach the cannibal’s lair, however, the hunters soon become the hunted, and a bloody showdown between the two factions unfurls.

Featuring fantastic performances from all involved, solid direction of a witty script, and a unique twist on the cannibal horror genre, Bone Tomahawk will either please fans of Westerns and horror films or alienate them for its odd blend of the two genres. But it’s an intriguing premise that represents both well while also horror conventions in a setting where their grisly outcomes make a surprising amount of sense. 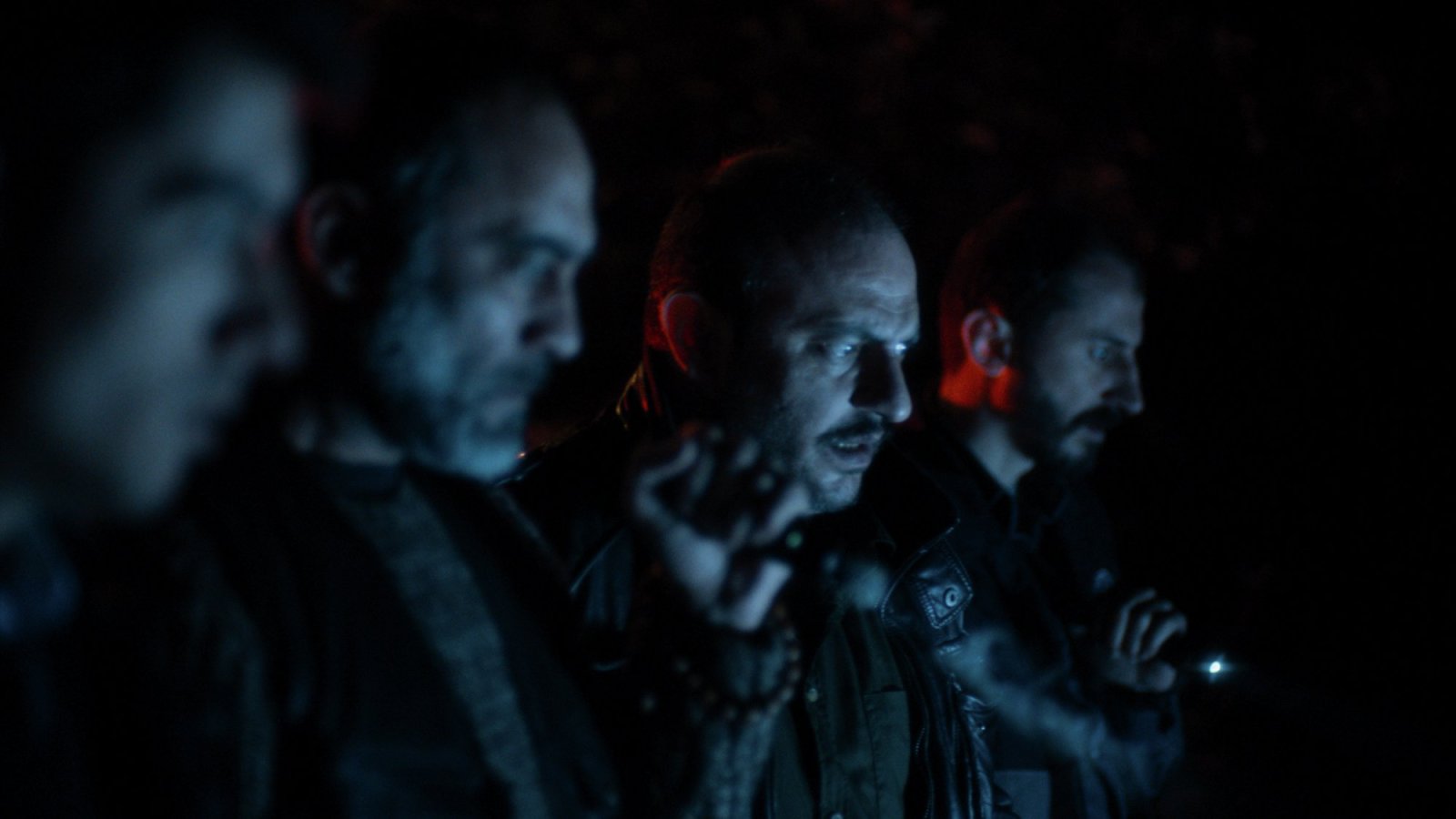 A group of police officers have one long, strange night ahead of them: starting off in a diner and distractedly discussing their sexual experiences, they get into a fight with the proprietor of the diner and are then called to duty to a notorious area.

On the way there, they encounter a naked man running across the road and begin to experience strange events; after crashing their police van, the officers soon find themselves chained in a dark room and being observed by blind-folded, blood-soaked figures. Each of the officers are then subjected to an enigmatic interrogation and torture; it is heavily suggested that they are in hell and that there is no escape, something that the end of the film seems to support.

This weird and surreal horror film, made in Turkey, is one of the few films from that country to be released in the United States. While beginning as a cop thriller, Baskin quickly turns into a gore-filled horror film as this group of cops are subjected to a brutal and bizarre gamut of torture.

Jumping from character to character, this nimbly edited and well-paced film keeps the audience guessing where it’s all going, and only in the horrifying third act does the larger picture begin to pull together. With the characters being well-articulated, if not particularly savory, people, when they are pulled into the nightmare it’s hard not to feel sorry for them–or wince when their intestines and eyeballs begin to get plucked from their bodies.