After growing up, a woman returns to the now-abandoned orphanage she was adopted from with her husband and adopted son hoping to open it back up for special needs children. Her son apparently befriends a boy there, who reveals disturbing truths to him, and the son soon disappears completely.

The woman encounters a young boy wearing a sack mask in the orphanage and contacts a medium to conduct a seance there. What she uncovers about the orphanage, and the disappearance of her son, leads to an alternately cruel and bittersweet ending.

A stylish and truly creepy ghost movie, The Orphanage was the feature debut of Spanish director J. A. Bayona (who is directing the upcoming Jurassic World II) and produced by Guillermo del Toro. With strong lead performances and a plot that unfolds to effectively develop an atmospheric, suspenseful tone, The Orphanage addresses adult fears like losing a child and confronting monstrous acts against children, making it especially disturbing to any parent.

Chilling and reminiscent of classic horror films that took their time to set up the story and characters instead of rushing to blunt shock moments, this movie will pique the cultivated horror fan’s interest. 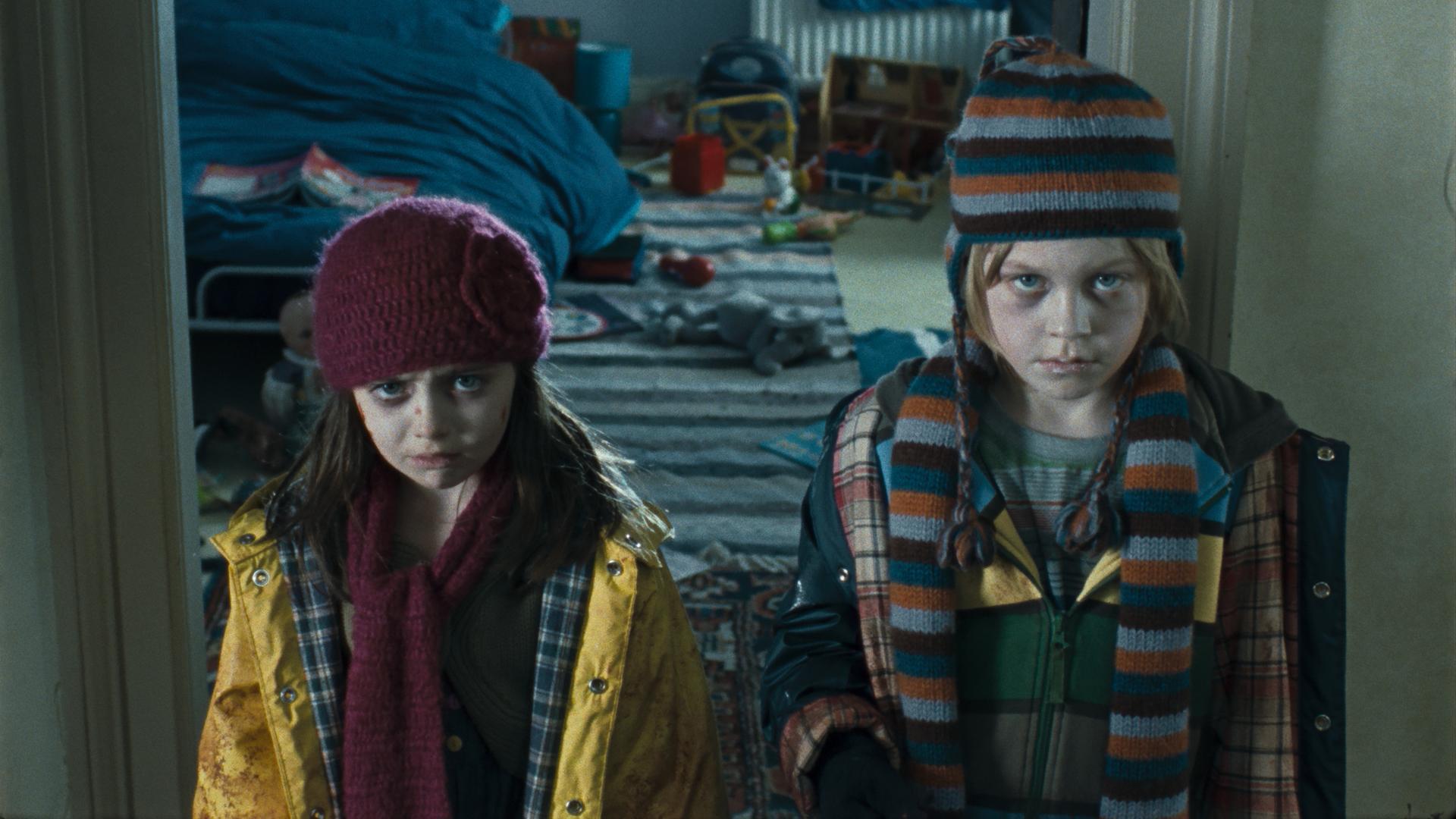 Upon arriving at their Aunt’s secluded home with their mother, a group of children begin to fall violently ill–which is to say, whatever they’re infected with has made them homicidal. This is unfortunate for the adults present, who begin to fall prey to the children’s diabolical machinations.

As the adults are picked off one by one, it becomes increasingly clear to one of the mothers that there is a connection between the illness and the children’s newfound violent behavior; and worse, her teenage daughter doesn’t seem to be immune to the infection.

This British horror film succeeds in the always-disturbing notion of children suddenly becoming malevolent creatures intent on harming those closest to them. The way the mysterious infection suddenly turns them into tiny, dead-eyed killing machines, and watching them enact violence, is more than a little terrifying, particularly during the reveal at the end of the fate of other children across the land.

This unnerving film has flown mostly under the radar: while well-received upon release, The Children hasn’t maintained its profile in the ensuing years, but its premise and execution will keep the viewer creeped out up to the last frame.

A vaguely detailed but obviously very powerful company holds a rigid exam for eight potential candidates for a position: they are locked in a room together and are given three rules: they must not talk to the proctor (here called the Invigilator) or the armed guard; they cannot spoil the paper they were provided; and they cannot leave the room until the exam is over.

While some candidates disqualify themselves for one reason or another, the remaining ones begin to work both together and against each other to figure out what the exam is, and it’s revealed that this mysterious company produces a drug that keeps the rest of the world safe from some sort of pandemic that’s ravaged the population. As the group begin to increasingly turn on one another, the unnamed participants’ true natures are revealed.

Horrifying in its conception and the purposely obscured conditions of the world that exists outside of the room that would allow such an exam to take place, this psychological thriller draws its suspense from this group of desperate candidates and the lengths they will go to attain the position.

Unlike the other films on this list, this British film doesn’t feature monsters or ghosts or even outright violence; instead, this bottle film only hints at a global virus and briefly depicts its effects. Proving a horror movie doesn’t need supernatural elements to be effectively terrifying, Exam turns regular people–strangers to each other–who, under pressure, turn into the film’s monsters. 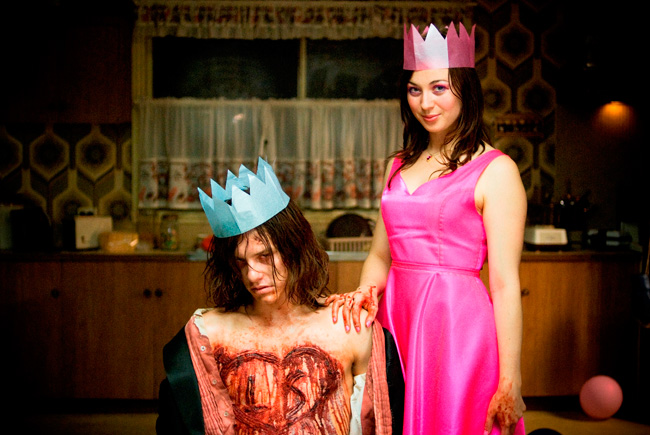 Prom season is hard on some teenagers: while those with dates excitedly get ready for the big night, renting tuxes and limos (and hotel rooms), the unlucky ones that can’t secure a date are left going stag–or not going at all. Lola Stone isn’t going to let that get her down, however: when her intended date Brent turns her down, Lola simply kidnaps him and brings him to a warped version of the prom being thrown in her own house.

Aided by her disturbed father, Lola throws a macabre party as Brent is tortured and the sinister world Lola and her father live in continues to reveal their horrifying reality–the least of which being that Brent isn’t the first boy she’s kidnapped.

This Australian film mixes Misery with Carrie and elements of standard teen films to disquieting and darkly humorous results. It’s an offbeat, often brilliant entry from a country whose horror output has risen in both quality and international impact over the past decade. The horror-comedy is always a difficult balance to strike, but with its plucky, demented spirit, The Loved Ones hits it pitch perfect.

Single mother Jess goes on a boating trip with a group of friends and a potential romantic interest. However, when their boat capsizes, they escape onto an abandoned ocean liner fortuitously floating in the water. But there’s a masked murderer loose on the ship that begins to attack them. When a member of the group reveals that the killer is Jess, she is shocked–until she sees herself roaming the galley.

As the group is murdered one by one, Jess disarms the other version of herself, who soon thereafter jumps overboard. Looking over the side of the ship, she sees her party escaping onto the ocean liner from the overturned boat, just as they had done before. Coming across numerous duplicates of weapons and her own clothes, Jess comes to the conclusion that she has to kill everyone that comes on-board to end the loop.

A truly horrifying film, Triangle pits a woman in an apparently never-ending loop where she figures the only way she can escape is by brutal murder, including other versions of herself. There are some shock moments that have to be seen to be believed (including a corner of the boat where a large stack of the same dead woman have accumulated), and the ending reveals the potential reason why Jess is stuck in this hellish situation in the first place.

This British-Australian horror film pulls off a tricky concept and keeps the tension high throughout, with the viewer becoming as disoriented as the protagonist as to what’s occurring. A memorable and underseen horror film, Triangle will have you thinking about it again and again long after the movie’s over.

Author Bio: Mike Gray is a writer and academic from the Jersey Shore. His works have appeared on Cracked and Funny or Die, and he maintains a film and TV blog at mikegraymikegray.wordpress.com.