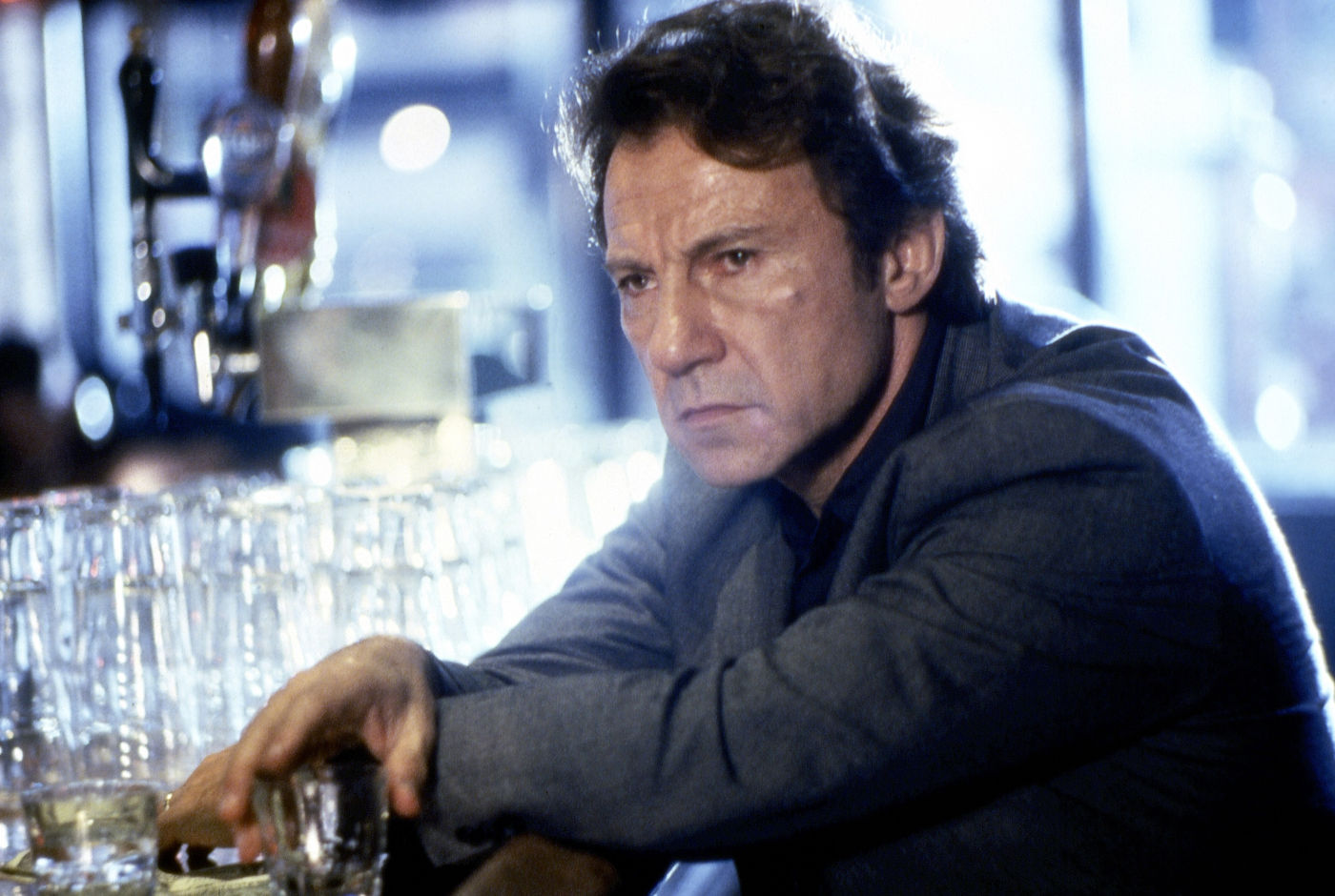 Between smoking crack and heroin, stealing money from thieves, soliciting prostitutes, aiding and abetting drug dealers, getting into tens of thousands of dollars of gambling debt, and sexually terrorizing underage girls, the main character of Bad Lieutenant is one evil dude. After a nun is raped, our unnamed “protagonist” investigates who the perpetrators are and tries and regain his soul after a lifetime of sin.

The film’s plot is relatively straightforward, but it’s the sheer nerve of the main character that keeps the audience riveted to this gritty crime drama. Cult director Abel Ferrara keeps the camera mostly focused on the Lieutenant (Harvey Keitel, in a fierce performance), a family man at home but a violent, bullying drug addict who radically abuses his power of authority when on the job.

Bad Lieutenant was heavily edited to gain an R-rating for distribution to popular video rental outlets. Critically hailed for both its bracing dive into its seamy subject matter and as a bold tale of redemption, Bad Lieutenant is not a cult film for all audiences–but then again, what cult film is?

An elderly antiques dealer finds a mysterious mechanism hidden within a statue. When he winds it, the device springs into action and–with its spider-like legs–grips his hand and injects it with some sort of solution. Shortly thereafter, the man finds his health and energy restored and his age seemingly reversing. However, he now also has a thirst for blood.

He’s soon the target for a dying rich man who seeks the device, knowing of its restorative powers. After being killed (which he revives from), he returns home, finding that the sunlight now burns his skin. With the aid of his granddaughter, he then goes to seek revenge while his body continues to transform into something else.

A sinister and smart update on the vampire mythos, Cronos was director Guillermo del Toro’s first feature film. Made on a budget of only $2 million, Cronos has been critically praised for being a stylish, gory, and clever horror film.

Centering on a moral protagonist who is tormented by a malevolent figure that seeks what he has unwittingly become (a vampire-like immortal), Cronos is an early hint at the sense of gothic style and updating of classic horror tropes that would soon become del Toro’s signature. A cult horror film with its eye on aesthetics, Cronos is an underseen film that lives long after its initial release. 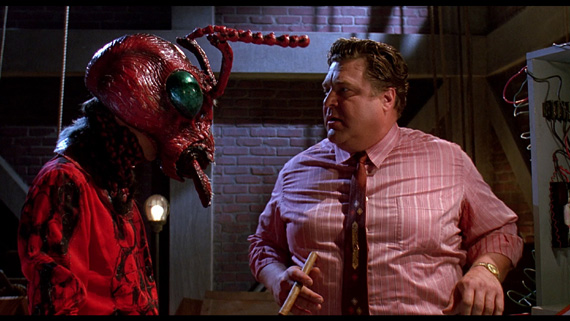 1962 was an America at the end of one era and the beginning of another: while the Cold War arms race was heating up, Kennedy was still in office, US culture was still enjoying the twilight of 1950s prosperity and culture, pop novelty songs reigned on the radio, girls wore skirts and boys tucked their checkered shirts into their slacks, and horror B-movies played at the local cinema during weekend matinees.

This is the America that 1993’s Matinee is set in: when a film huckster Lawrence Woolsey (John Goodman, an expy of gimmick horror B-movie director William Castle) rolls into Key West, Florida to promote his latest horror film Mant!, at the same time Kennedy announces what would become the Cuban missile crisis, and a new boy in town who worships Woolsey begins a romance with an outspoken progressive girl at school. All of this leads up to a frantic premiere of the movie where Woolsey’s buzzer-rigged chairs go off, a costumed Mant (half-man, half-ant) roams the aisles, and romantic rivalries come to a head.

Joe Dante–director of Gremlins, The Burbs, and Explorers–gets to indulge his overblown imagination in this bright and very funny period comedy. Capturing a look at America’s last gasp of innocence before the turbulent 1960s tore away its happy facade, Dante’s gift at creating a crystal-clear and colorful hyper-reality is in full effect. His enthusiasm for this time period and the sort of show business pizzazz a huckster like Goodman’s Woolsey peddled back then is on display throughout the film, and it’s infectious.

Critically praised but not a financial success upon its release, Matinee has gained a cult audience over the years for its nostalgic look at the past. It’s a film that both kids and adults can enjoy, and largely for the same reasons: by depicting an innocent, almost comical America at its turning point into ever-encroaching darkness, Dante’s Matinee also comments on the wide-eyed innocence of youth and the inevitable point in time where it must also, like the past, fade into maturity. 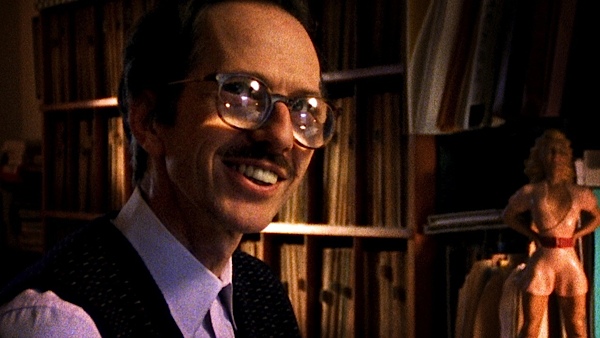 Robert Crumb is known for a lot of things: as a prolific cartoonist, Crumb was an influential artist that helped define the underground comix scene of the late 1960s, drew the cover of a Janis Joplin album, created the counterculture icons Fritz The Cat and Mr. Natural, and came up with the popular hippie slogan “Keep on Truckin’.”

However, Crumb himself was never comfortable with the sudden fame he received due to these creations and ironically despised the hippy scene that embraced his work, instead preferring pre-war blues and folk music.

But in 1994, a documentary on his life, simply titled Crumb, appeared, and it renewed interest in the reclusive artist’s life once again. Produced over a 9-year period by Terry Zwigoff, Crumb portrays the many conflicting–and controversial–sides of the artist: as a loving husband and family man, a philanderer, a man whose popularity with the counterculture movement made him rich but brought him an audience he holds in contempt, and whose work depicts his distinct fetishes and often carry disturbingly misogynistic themes.

This unvarnished documentary of the eccentric artist–which includes revealing interviews with his former (and perhaps some current) lovers and family members (who seem deeply disturbed by the traumatic abuse they were raised in)–garnered praise and brought a new audience to Crumb’s satirical, adult-themed work. A bravely honest depiction of one of America’s most unique talents, Crumb is a documentary that will make you want to look away while also further investigate the artist’s worth. 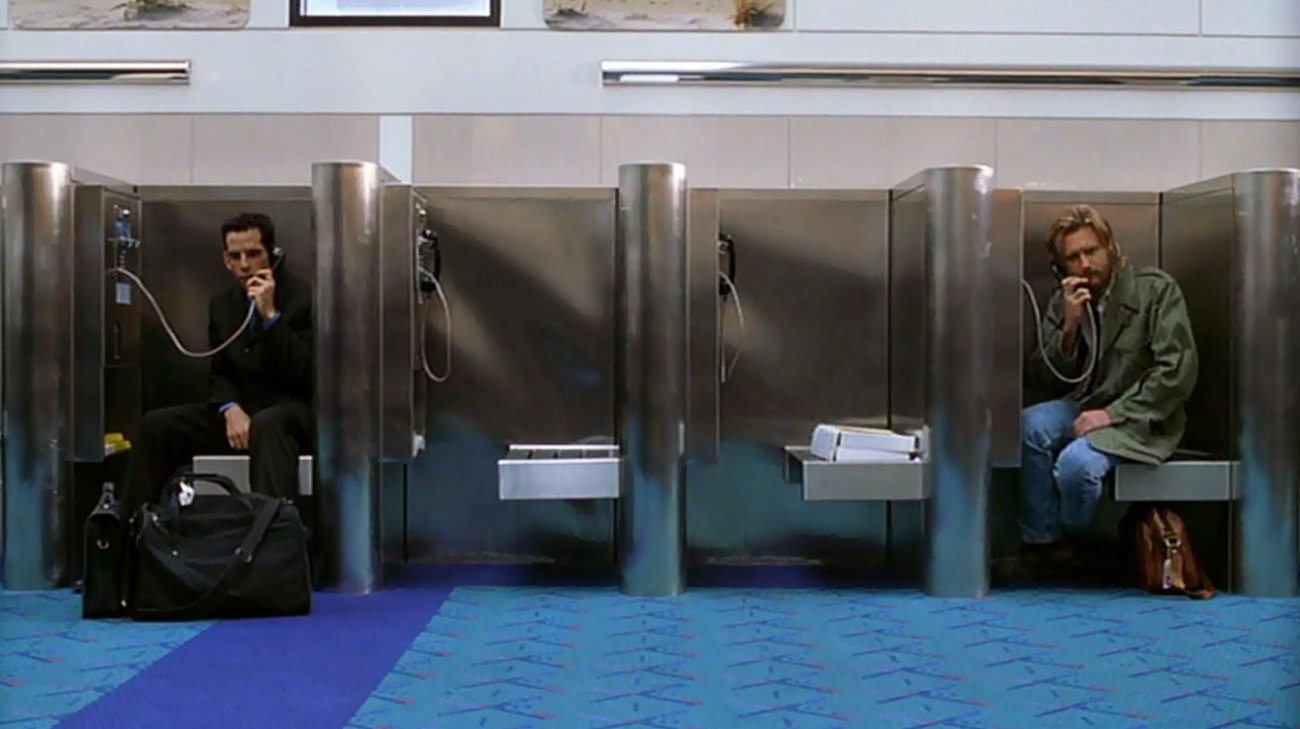 Daryl Zero (Bill Pullman) is a detective, perhaps the best in the world. At least, that’s what his proxy Steve Ario (Ben Stiller) will tell you: he has an unparalleled analytic mind. However, he also refuses to ever meet his clients face-to-face to ensure anonymity.

He’s also completely unable to function socially, but Ario would never say that. Nor would he tell a client how unbelievably difficult Zero is to work for: he’s demanding, rude, an egomaniac, and ungrateful for the work his assistant does for him. But Zero’s not interested in any of that: once he takes on a case, Daryl Zero seems to cease to exist and instead slips through a number of personas to figure out his client’s mystery–and if the client has any mysteries of their own.

As we follow Zero on his latest case, in voiceover Zero gives us his biography and how “the world’s greatest detective” does what he does. But when he unexpectedly falls in love with the main suspect, Zero has to confront one mystery that he’s never confronted before

A loose update to the Sherlock Holmes story, Zero Effect deploys a cool cinematic style with an engaging mystery and–more important–an enigmatic figure in the protagonist Daryl Zero. While a top-notch detective, his asocial personality makes him fascinating to watch as he starts his investigation, and his sudden emergence of actually having romantic feelings for somebody keeps you engaged in the second half of the film as the mystery is solved. But like any good mystery story, things aren’t what they seem.

As Daryl Zero, Pullman gives perhaps his best performance: at lengths comic and tragic, unlikeable but sympathetic, Zero is an unexpected character to enjoy. But you do–and will–in this cult mystery film about how being the world’s greatest detective makes for a flawed human being.