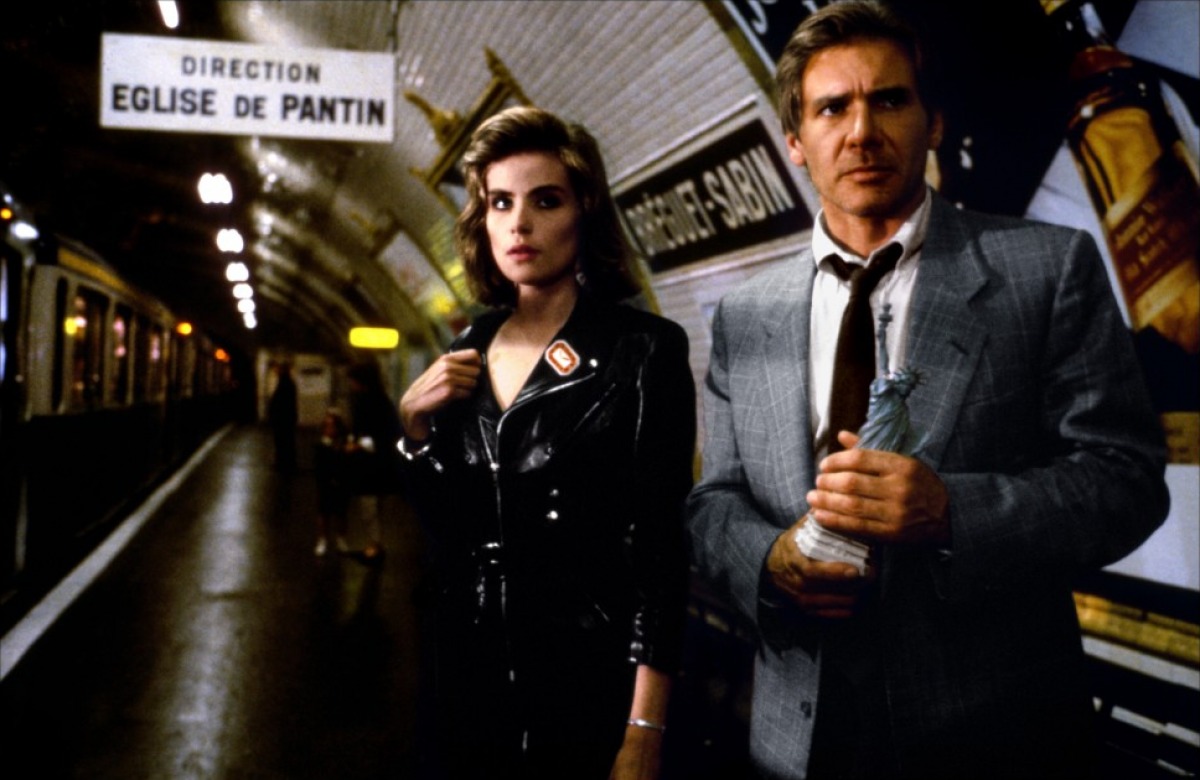 An American surgeon (Harrison Ford) and his wife go to Paris for a medical conference. After picking up the wrong bag from the airport, they check into their hotel room. Shortly thereafter, his wife is abducted and, finding no help from the embassy or the police, he begins to search for her himself.

After coming across a murder scene, the surgeon meets the smuggler whose luggage his wife had mistakenly picked up that contains a piece of a trigger for a nuclear device. From there, it’s a race against time to deliver the smuggled device to the men who kidnapped his wife.

Directed by Roman Polanski, a master of suspense, the film begins to connect like tumblers falling into place in a lock: the husband finds a phone number in the suitcase, which leads him to the smuggler, who keeps from him the nature of the smuggled object and leads him into the criminal underworld, where he keeps moving further and further away from any sort of safety line.

Ford’s increasing desperation in his performance, along with Polanski’s gift at evoking the feeling of paranoia through his cinematography, keeps this thriller–and its audience–frantic until the end.

Rex and Saskia are a couple on holiday and in love. When their car runs out of gas, they stop at a rest area and Saskia goes into the gas station to buy them refreshments but never returns. The film then cuts to the person who abducted her, a wealthy man named Raymond, and we watch as he plots how to kidnap somebody and then shows up at the same rest area where Rex and Saskia have stopped.

Years pass, and Rex receives postcards that tell him to meet the kidnapper at a cafe, but the kidnapper never shows; instead, Raymond watches from an apartment across the street from the cafe.

Then Rex approaches Raymond to help him find Saskia, and surprisingly Raymond confesses to the crime and says he will show Rex what he did to Saskia. What Raymond does after this is horrifying and one of the more affecting turns in any thriller.

The Vanishing was released in the Netherlands in 1988 and the US in 1991 and was well-received, partly because it was such an unusual approach to a thriller: instead of keeping the audience guessing who the kidnapper is, he’s revealed immediately and the audience watches as he plots to carry off his crime.

Avoiding typical suspense tropes, the audience’s understanding of Raymond’s inhumanity is what drives the tension throughout, particularly when the distraught Rex fall into his clutches. The Vanishing is a different kind of thriller, one where the antagonist seems to hold all the cards and have the upper hand, and all we can do is passively watch as he deals out the cards that he knows have already lost. 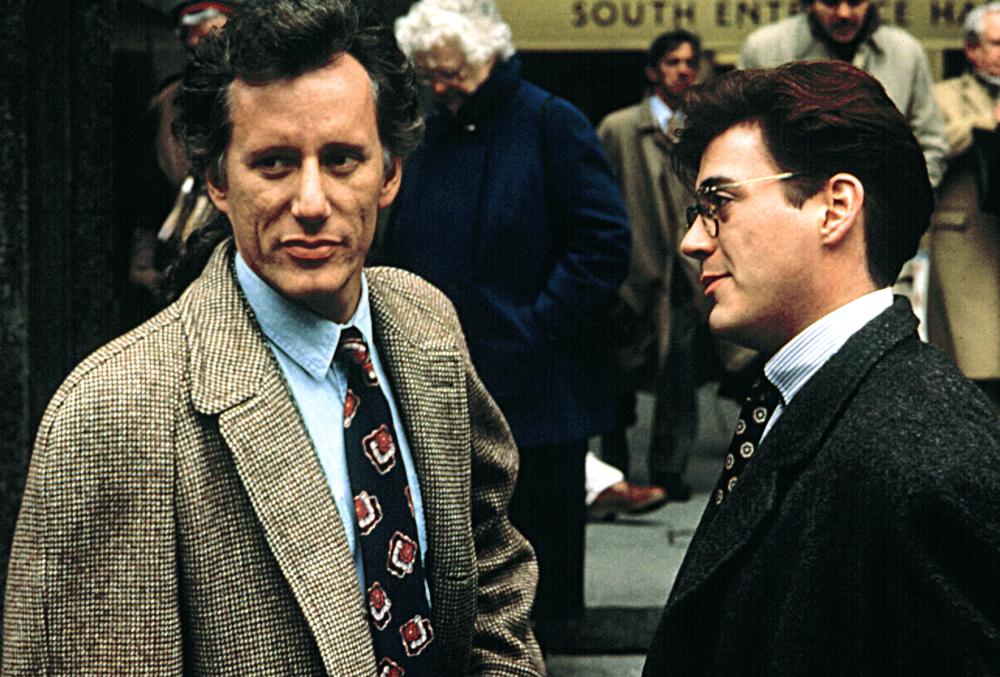 Burned-out lawyer Eddie Dodd (James Woods) has given up taking on cases that fight the system, instead defending drug dealers that pay well and in cash. A young lawyer (Robert Downey, Jr.) tracks him down after reading up on the causes he used to fight for to learn from him, only to see that his idol has turned into a cynic.

But when a case is brought to him by a mother to get her son out of prison for a murder he didn’t commit and is now being tried for another murder in prison, Eddie’s better instincts return and soon he’s plunged into an investigation that reveals a massive cover-up that goes far beyond just the murder case.

True Believer’s strength lies in James Woods’ captivating performance as a gifted lawyer who once again rediscovers his idealism and purpose as a lawyer. Always an interesting actor, Woods finds the role of a lifetime to create a fully fleshed-out character filled with neurosis, hidden depths, and an innate goodness that he has tried to ignore for decades.

The plot itself continues to pile on surprises and revelations that continue up to the conclusion, and for a courtroom drama it keeps the pace terse and always keeps the viewer guessing until the very end. 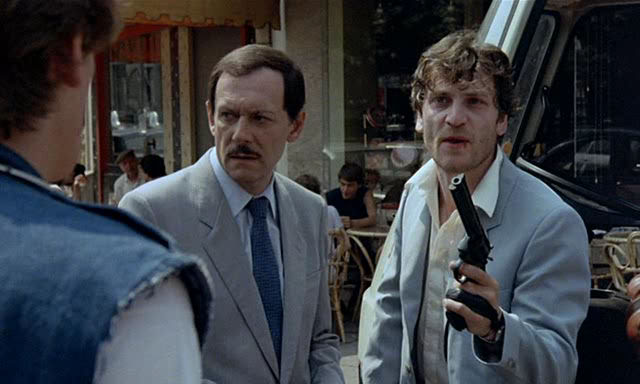 Desperate people in desperate situations will do desperate things. This is the fuel on which the engine of La Balance runs: lazy pimp Dédé and his prostitute girlfriend Nicole are already living on the fringe of Parisian society.

When the police need a new informant on the local mob boss after the last one is killed, they storm Dédé’s apartment, find a gun, and press him into service. Dédé gains the trust of the mob boss and is involved in an upcoming heist. But a last-minute change ends in a bloodbath and soon both the police and the mob boss are soon gunning after the hapless Dédé.

This rough-and-ready French thriller invests screen time on its characters, letting the audience get to know them and care about their dreams and aspirations, however small, before getting to the bloody business that rips away any chance of those dreams coming true. Entering the world of the Parisian underground, La Balance lets us see these characters as people instead of stereotypes and finds sympathy in their plight.

When the carefully constructed plan spins wildly out of control–due to no fault of our crooked protagonist–we watch as his safety is put in jeopardy and subsequently care when he’s put in difficult circumstances.

What makes this film thrilling is in watching disreputable people somehow be more likeable than the much more awful ones on both sides of the law forcing them into difficult situations that they are forced in to survive; and because we’re invested in these characters, we continue watching when those bad situations become even worse. 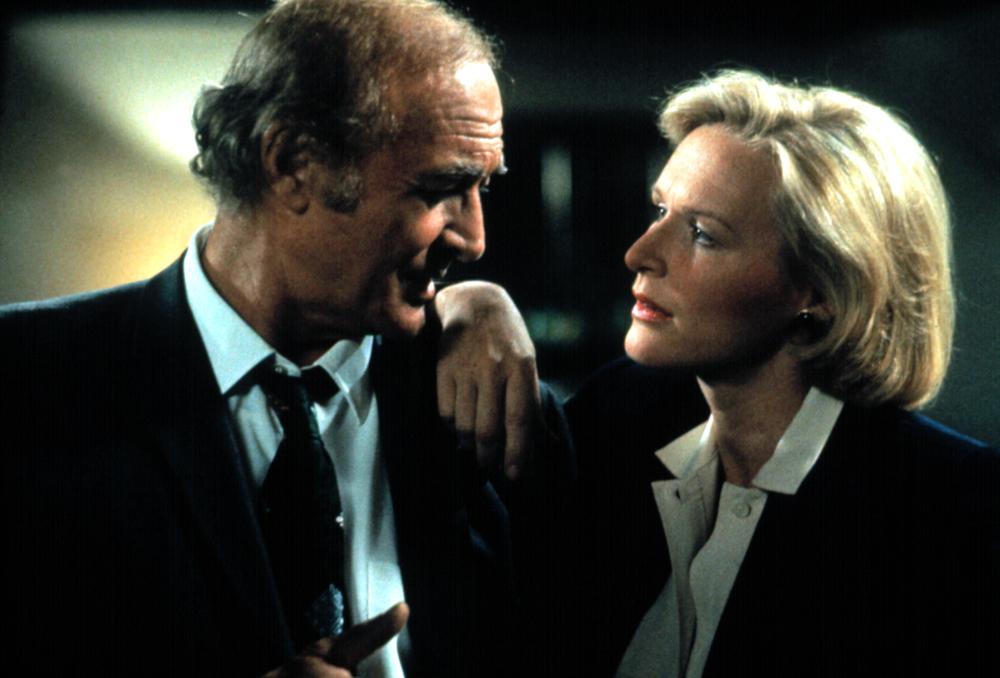 A man (Jeff Bridges) is arrested for the murder of his wealthy wife and circumstantial evidence points to him as the guilty party. He hires a high-profile lawyer (Glenn Close) and they soon begin an affair; meanwhile, the trial starts and testimony begins painting the supposed husband-in-mourning as something quite different–yet eerily similar to their relationship–than his lawyer sees him.

The lawyer also begins receiving anonymous notes giving her clues that point to the man’s innocence–but who’s writing these notes? As the trial proceeds, it’s left unsure if the man is a killer, while the ending leaves you thinking back on the movie as the final credits roll.

Jagged Edge is one of those thrillers that knows exactly how to work its audience: by revealing only a little information from both sides at a time, the viewer is left wondering whether the protagonist is guilty or not, and it’s a masterful display of how–in the hands of a skilled writer and director–a movie can actively engage its audience.

Glenn Close’s performance as the defense lawyer is the audience’s window character of continual doubt while Bridges plays a man harder to read than he first appears. With solid performances, a riveting story, and a tightly wound mystery that keeps the audience wondering until the end, Jagged Edge is a thriller that plays on the viewer’s expectations note for note.