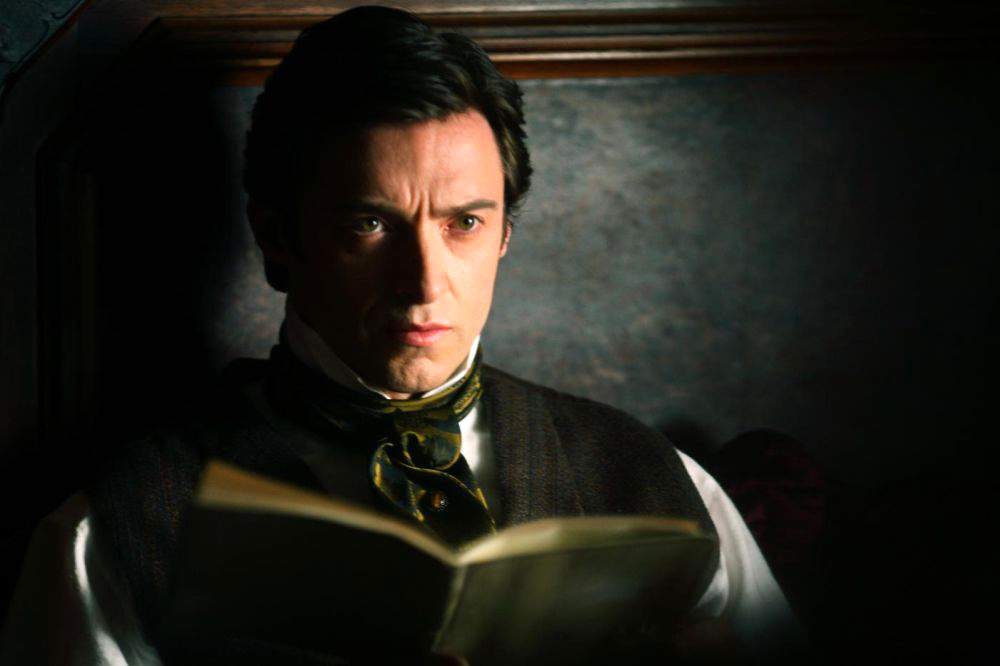 The Prestige stands as Nolan’s only book adaptation to date. Whilst he has of course adapted the character of Batman from comics to the screen, Nolan adapted his comic book tales from various sources not just one book. The Prestige adapts Christopher Priest’s popular 1995 novel of the same name.

What is most interesting about this adaptation is how Nolan betters the novel, and despite the odds makes its twists even more compelling. Nolan does away with a framing device of Angier and Borden’s grandchildren reading the two magician’s diaries and has the two men themselves reading each other’s diaries instead. This allows Nolan to manipulate perspective and time, something he does remarkably well.

He also spends more time focused on how the two men’s personal lives are affected by their obsession with being the best. This allows us, as the viewer, to become more embroiled in their life and invested in the consequences of their rivalry.

Other changes include not revealing Borden’s secret until the end and a much more tragic fate for both magician’s partners. Through The Prestige Nolan demonstrates a genius level understanding of storytelling, structure and the act of revealing a trick. 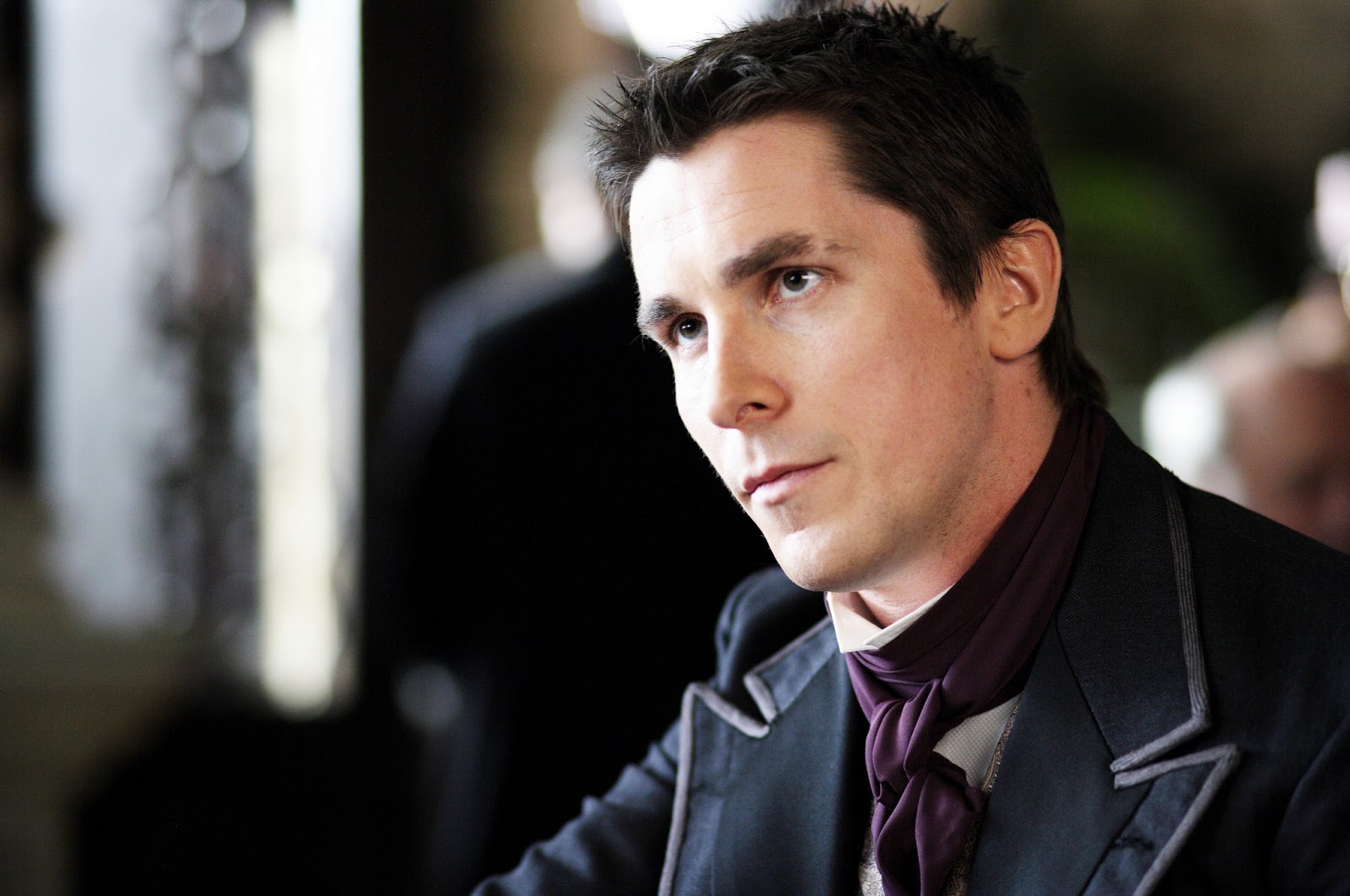 As stated previously the role of Angier is one that any actor would relish the opportunity to play but the characters assembled around him are equally compelling. The film’s narrative is one that simply adds layers to the characters operating within it. Sarah is so utterly desperate and depressed because she is hopelessly in love with a man who refuses to tell her the truth. The tragedy being had she known the truth it may have prevented her suicide.

The two Borden’s, committed completely to their act and the fundamental secret that holds it all together, must live lives as half a man. The Borden in love with Sarah is furious that his brother cannot keep up the act with Sarah and is risking him losing his family. However, understandably the Borden not in love with her is sick of living a life that is not his and when he falls for Angier’s assistant Olivia he can’t help but want to taste a bit of happiness. Both are sympathetic characters with deep emotional stress.

Even Olivia serves as a complex character. She is in love with a man who, seemingly, is in love with another woman. Not only this but due to the reality the brothers have constructed she sees herself as a mistress when in reality she is in a perfectly acceptable relationship.

The characters that inhabit The Prestige are of such depth and tragedy that they wouldn’t look out of place in a Greek classic. They are timeless figures that will always be relatable despite the extraordinary circumstances they find themselves in.

8. A Metaphor for Storytelling and Cinema 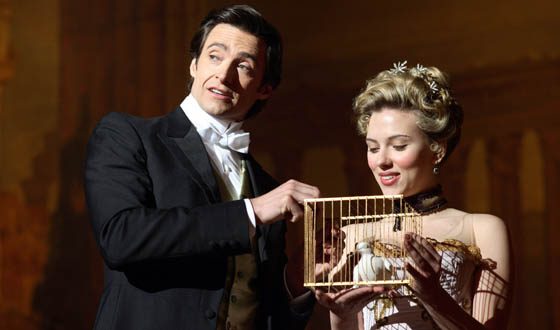 The Prestige stands as a mesmerizing example of how cinema can shock and awe much like a magic trick.

As Cutter explains in the opening, “Every great magic trick consists of three parts or acts”: “The Pledge”: the magician reveals something ordinary (two magician’s fight for supremacy); “The Turn”: they make the ordinary extraordinary (Angier discovers Tesla’s machine and clones himself, Borden is seemingly using actual magic to transport himself); and “The Prestige”: Making the extraordinary return to ordinary AKA bringing back that which disappeared (Angier is killing his original self every time he uses the machine, Borden is actually twins living one life).

The film serves as an assessment of storytelling in cinema: how it can be unreliable, how a simple cut can throw time and space into disarray, and how the innovation of its technology can shape our reality. Nolan demonstrates that cinema has the potential to astonish its audience like a magic trick. 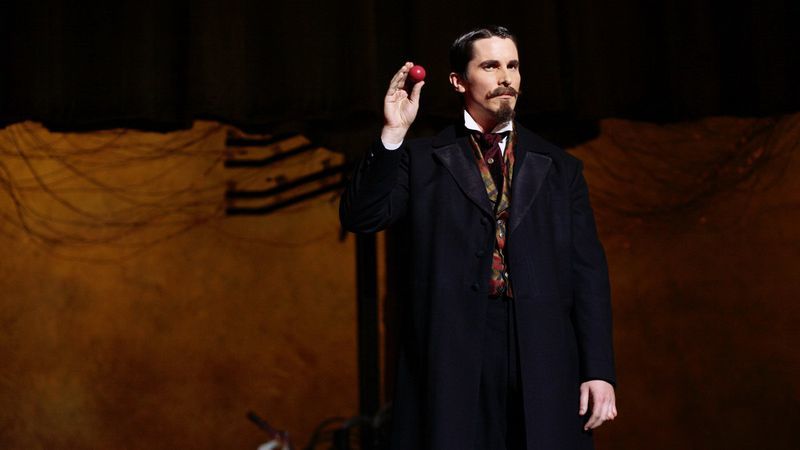 What The Prestige does best is ground its mystery and magic in an element of reality. From the off, the importance of Cutter’s role in the magician’s act is highlighted. The magician is simply the showman, a charismatic man that can keep the audience distracted whilst the trick takes place. Cutter is the ingénieur, an inventor who builds and tests the equipment used to create the illusion of magic.

We as an audience are lead to believe this is how magic works that through engineering and math magic can be made to seem real. This is important to establish as when the mystery of both Borden and Angier’s transported man acts is introduced it leaves the audience, and the characters of the film, questioning what is magic and what is science.

Of course we learn that science is behind it all in one way or another. Borden’s trick is simply that he is living a lie, two brothers under one identity. However, it is when we are shown how Angier’s trick works that difference between magic and science really becomes blurred.

Tesla’s machine is based in science, based on electrical currents and atoms and whole load of science sorcery, but what it can do is something truly magical. The film highlights the connection between science and what we think of magic. Magic tricks have always been created from science, but when looking at the possibilities of science, and technology with it, it becomes clear that science and magic are one in the same. 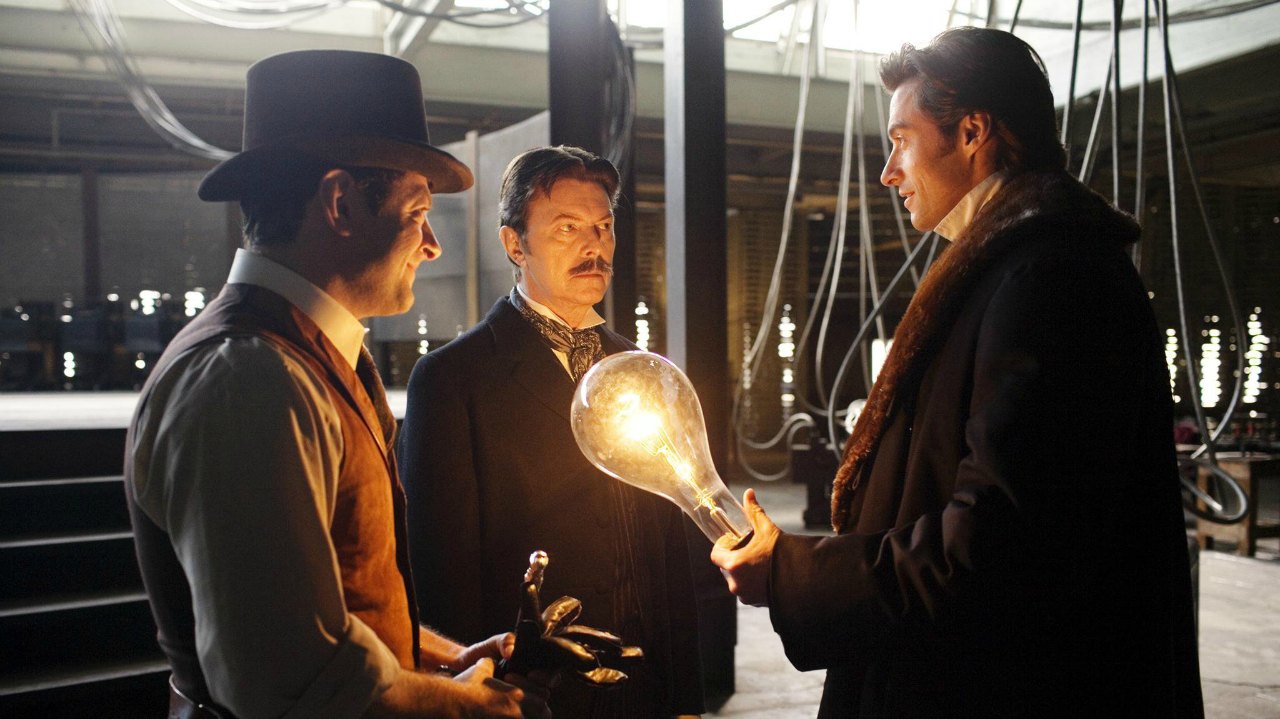 Little known about The Prestige is how it parallels with actual historical events. The inclusion of Tesla is no coincidence. His rivalry with Thomas Edison was an inspiration for the rivalry between the two magicians.

During the late 1800s, the War of the Currents took place, which was a tense rivalry between the direct current (DC) producing Edison Electric Light Company, which used currents based on Edison’s inventions, and the alternate current (AC) producing Westinghouse Electric Company, which used patents by Tesla. The companies, and the two inventors, would have a great rivalry throughout the close of the century with propaganda campaigns and debates over the safety of the currents used being rife throughout the time period.

This was an aspect carried over from the book that not only grounds the film in its period setting but serves as a real-life counterpart to the central rivalry between the warring magicians. When viewed in this context yet another layer is added to this supremely rich and allegorical picture.

Author Bio: A movie lover from England with a passion for writing about cinema. Luke’s movie watching career has taken him from watching Jackie Chan movies on school nights to graduating with a masters degree in film studies.