6. Expressed the Crushed Psyche of a War-Torn Continent

With the fall of a government that had ruled for more than 20 years, with 400,000 deaths (plus many more casualties) in World War II, it is no surprise that the Italian public became bereft, with difficult day-to-day lives. The societal reality of the hardship of post-war Italian life – as well as the struggles of much of the population of Europe – can be seen in the cultural art of the period, and no more so than in the neorealist movement.

Films such as Rossellini’s “Rome, Open City” depicted the struggles of German-occupied Rome, a once great and imperial city. Similarly, De Sica’s “Bicycle Thieves” presented the problems of general postwar life in the Italian capital, and the desolate attitude of the Italian citizenry.

However, being a globally influential film movement, it expanded outside of the Mediterranean state, and portrayed the troubles of millions across the European continent who had to acclimatize to the end of the colonial era in a devastated continental economy, as well as living without loved ones who had gone to war and never come back. Great art and great cinema should delineate the culture and society that surrounds it; Italian neorealism did this with aplomb, using a humanist lens to capture the genuine woe of a whole nation’s society, blighted by the biggest war our planet had ever seen.

7. Saw the End of Mussolini’s Censorship and Telefoni Bianchi Comedies 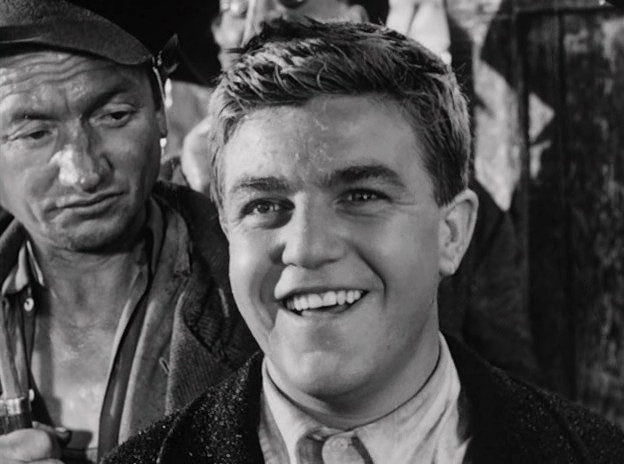 At the heart of any contemporary dictatorship lies propaganda, censorship, and rigorous control of a nation’s political beliefs. Through the media, literature and the arts, the opinions of the public can be controlled and heavily influenced by the state, with the fascist despotism of Benito Mussolini being no different.

In terms of artistic repression, cinema was especially degraded in its quality, mainly through Mussolini’s own film studio, Cinecitta, which became the centre of all Italian cinema in the 1930s. The slogan of the studio – “cinema is the most powerful weapon” – perhaps shows why Mussolini and his son, Vittorio, chose to use the art of cinema for propaganda and political purposes.

This, along with the strongly conservative and right-wing Telefoni Bianchi comedies that presented a politically fascist ideology, meant that Italian cinema was not only of poor quality at the time, but was also heavily censored in the favour of its oppressive regime. Neorealism, with its gritty and realist style, reacted to this, and saw to the end of Mussolini’s artistically restrained Italy.

With the aid of the Cinecitta studios being heavily damaged by the war (they were still used by Fellini in the 1950s, however, and are now retired as an amusement park called “Cinecitta World”), neorealism allowed for the genuine cultural and social beliefs of the Italian people to shine through the silver screen, representing not only the end of a political dictatorship, but also a cinematic one. 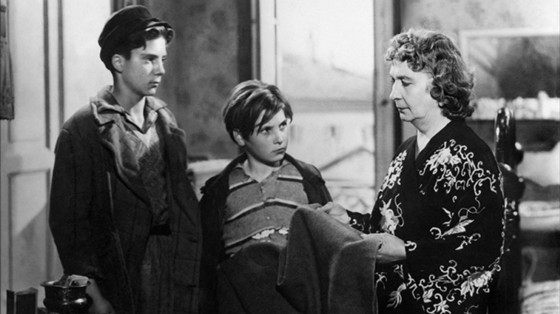 Prior to the neorealist movement, the most prominent and significant Italian contribution to the art of cinema can be seen in the Futurism movement of the 1910s, which, despite being the first true avant-garde form of cinematic innovation, did not have a large impact on the world of cinema on a whole. It was through the works of the neorealist movement such as “Bicycle Thieves” (1948) and “Rome, Open City” (1945) – the first Italian film to win the Palme D’Or – that Italy became genuinely recognised as a cinematically gifted nation.

Despite its lack of success at a domestic level (the Italian audiences preferred more light-hearted comedic escapism at the time to relieve their postwar stress), neorealism was exceptionally influential on an international level, with the movement instantly being identified for its artistic quality, thematic substance and radical approach to cinema.

Two films also won the Academy Award for the Best Foreign Language Film within only three years, both coming from the humanist master Vittorio De Sica (“Shoeshine” in 1947 and “Bicycle Thieves” in 1949), proving that the quality of neorealism was not only being appreciated in the more artistic eyes of Europe, but also in the commercial world of Hollywood and the Oscars. All of these awards, as well as critical acclaim for many of the directors and films in the movement, helped to indelibly mark Italy on the cinematic map, creating a culture and expectation of high quality cinema from the 1940’s neorealist movement and onwards.

9. Re-Modelled the Facets and Themes of Pre-War Cinema 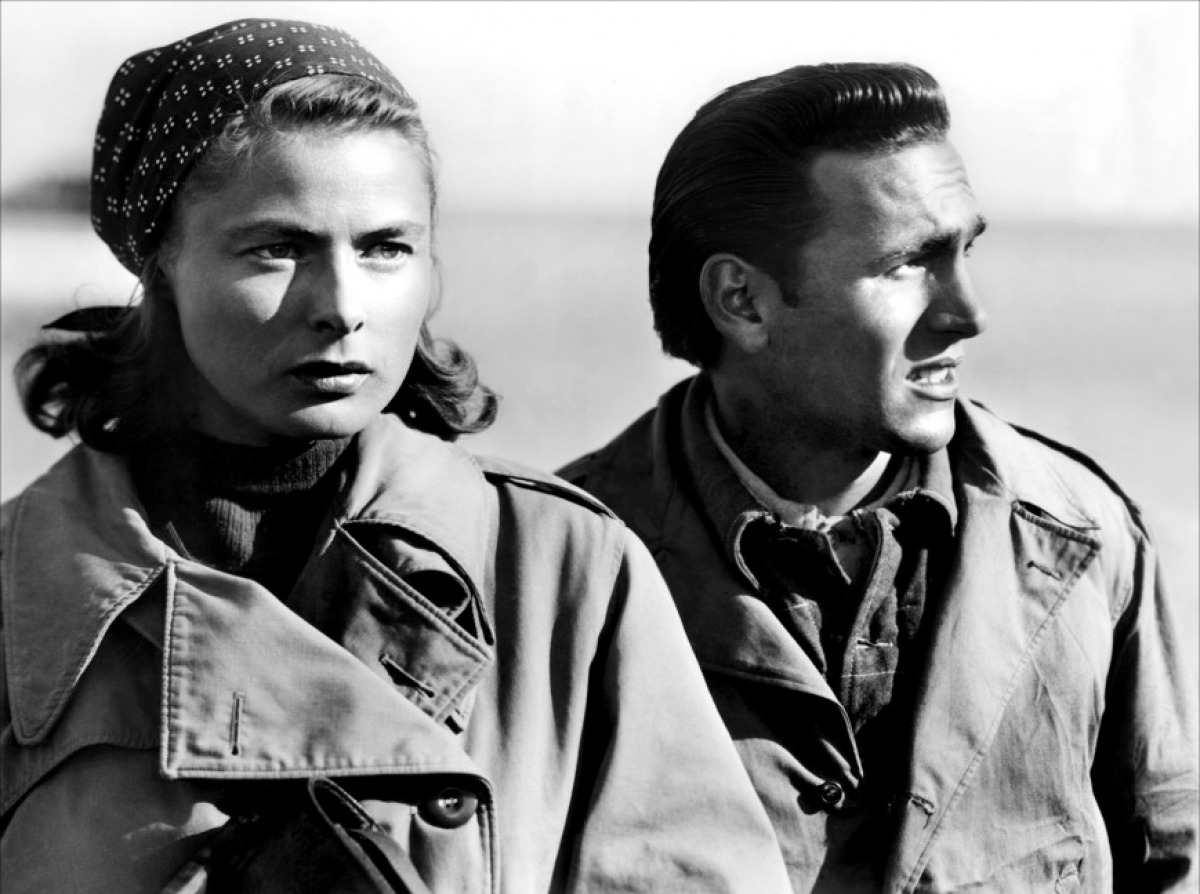 The Second World War, in all aspects of society, politics, culture and economics, was a pivotal event in modern history. From a cinematic viewpoint, the primary themes and facets of pre-war filmmaking were subverted so vehemently by postwar techniques that cinema was almost unrecognisable by the late 1950s – modern cinema had begun. Italian neorealism, of course, played a vital role in this development, moving away from the strongly right-wing and societal hierarchy films of the Telefoni Bianchi comedies in its own state, whilst also digressing from the filmmaking set of standards in the world’s largest commercial cinematic arena; Hollywood.

Genre pieces such as the “gangster flick” or the “western” were hugely popular in America before the war, as they explored many aspects of the lives that contemporary Americans lived; the prohibition of alcohol made bootlegging common, and by the Great Depression, many lower and middle class men lived on work ranches to earn the little money that was available.

Despite this, these films were often unrealistic, and were created as an escapist form of entertainment to allow the audience to forget the woes of their own existence, and move into an idealistic and fantasist world of heroes and villains – 1939’s “The Wizard of Oz” is a popular example. In the postwar world, these types of classical Hollywood films were made up until the early 1960s (with the introduction of New Hollywood).

However, the revelation of the socio-political form of Italian neorealist filmmaking reduced the authenticity of the “Hollywood Fantasy”, thereby changing audience’s perceptions of “good” and “bad” cinema. This, in turn, re-modelled cinematic expectations as a whole, with Italian neorealism making realism and left-wing humanist filmmaking artistically viable, rejecting the conservative themes of pre-war cinema in favour of socialist and working class values.

10. “The Golden Age of Italian Cinema”

This is not so much a reason, but rather cogent evidence that neorealism is not just the “Golden Age” of Italian film, but also the whole of cinema. From the Lumiere Brothers in the late 1890s, to Quentin Tarantino in the digital age, never before has a movement been so integral in the development and progression of the national and global comprehension of cinema.

Through its humanist depiction of the genuine struggles of a war-torn nation, and simultaneous use of monochromatic location-based shooting techniques, neorealism effectively began modern cinema as we know it today and – most importantly – reinforced the cultural importance of cinema in a society where postwar skepticism was rife.

Strongly influencing other significant film movements, most notably La Nouvelle Vague, neorealism’s contemporary and lost-lasting influence have made it cardinal to both the analytical study of cinema, as well as its development from mid-20th century.

However, perhaps even more importantly than this, neorealism, despite being relatively simplistic in its technical facets, exhibited the most artistic qualities of cinema through socially and politically relevant themes, placing a humanist lens on the real problems of real people; a goal that all high calibre art should aim for. A quote below, from Vittorio De Sica, epitomises Italian neorealism simply but eloquently:

“Passions were so strong right after the War that they really pushed us, they forced towards this kind of film truth. And this truth was transfigured by poetry, and lyricism. It was because of if its lyricism that Neo-Realism so captured the world. Because there was poetry in our reality.”

Author Bio: Will Jones is a student from Manchester, balancing time between school work, film writing and visits to the cinema. Interested in filmmaking and literature whilst also vying for a career in the film industry, you can find Will on Instagram @willl_jones.