The acclaimed movie by Sang-soo Hong, about a film director who meets a young painter and falls in love with her at two different times, features great performances from Min-hee Kim (“The Handmaiden”) and Jae-yeong Jeong (“Sympathy for Mr. Vengeance”) and has a peculiar narrative structure.

The film is divided into two parts. In the first, a film director (Jae-yeong) meets a younger painter (Min-hee) in a temple and invites her for coffee. They end up spending the rest of the day together and at first, he does everything wrong – drinking excessively, embarrassing her in front of her friends, and other words that end up to a less than great ending.

In the second part, the story starts over in a lighter way, where they meet at the exact same temple and go to basically the same places together for the rest of the day, but this time, the events lead to a better conclusion.

Written by Hong, “Right Now, Wrong Then” is a great film that explores the various actions and dialogues that dictate the way the story will turn out, and is a terrific study of the nuances of screenwriting in a good romantic film.

Amongst Woody Allen fans, there’s always a discussion of which of his movies is his finest work: “Annie Hall” or “Manhattan”. Even though the director’s love for New York City has always been a constant theme in his work, his obsession with this city is even bigger in this movie that, by the way, begged United Artists to not release at the time.

In “Manhattan”, we can see a man who’s unsatisfied with his career and love life in the city he loves so much. Allen plays Isaac Davis, a writer who has a romantic view towards his hometown and is dating a girl much younger than him. After he quits his job writing for television, he is insecure about whether he will be able to make a living out of his writing while paying alimony to his two ex-wifes. To make the situation even more complicated, he becomes attracted to his friend’s lover.

With some of the best dialogue in the filmmaker’s career, “Manhattan” has all the traces of the greatest Woody Allen movies allied to the precise cinematography by Gordon Willis (“The Godfather”). 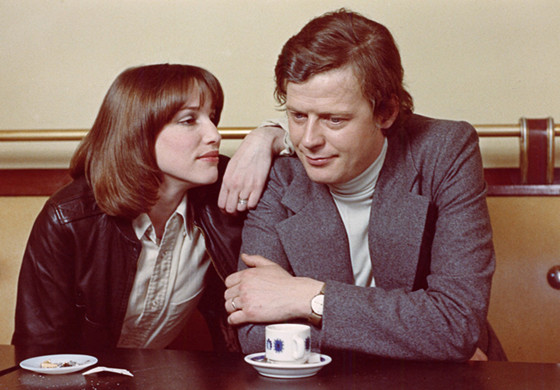 The last part of acclaimed French director Eric Rohmer’s six moral tales, “Love in the Afternoon” follows a lawyer who, despite having a great job and an apparently perfect family, becomes closer to a woman who had a relationship with a close friend of his in the past.

With a story that does not go as expected, we can see a man who grows somehow attached to someone he is not very fond of because she reminds him of a time when things were simpler, and when he had the freedom he misses so much. His fantasies with women in his afternoons at work, and his love for literature that helps him escape all the places where he is obliged to be are signs that his methodic and successful life may not be going as well as we see in the beginning.

Written and directed by Rohmer, “Love in the Afternoon” is a pearl of 1970’s European art cinema, with amazing characters and great performances by Bernard Verley, Zouzou, and Françoise Verley.

2. A Man and a Woman (Claude Lelouch)

The winner of the 1966 Palme d’Or at the Cannes Film Festival (at that time, the maximum prize of the festival was the Grand Prix, which is now the second highest prize in Cannes) follows two widows, Jean-Louis Duroc, a race car driver, and Françoise Gauthier, a script supervisor, who meet at their childrens’ boarding school on a Sunday.

At the first moment, they talk to each other as though their spouses are still alive. Afraid to become closer as they’re slowly getting over their grief, they make cautioned moves, afraid of losing something important again.

Considered by the BBC the second best movie of the 21st century, “In the Mood for Love” is considered to be Kar-wai Wong’s masterpiece and stars Maggie Cheung and Tony Leung as two neighbors who live in a pension and become very close after suspecting their respective partners are each having an affair.

The movie is visually stunning and the characters behave as they refuse to have an affair, in order not to commit the same mistakes as their spouses. Even though they never appear on screen, the spouses of the main characters make themselves present through the dialogues, and we can somehow understand the traces of their personalities by the behavior of the couple to whom we are being presented.

“In the Mood for Love” has some of the most amazing cinematography of this century, and heartbreaking dialogues that make it not only one of the best movies of this century, but a cinematic masterpiece that will never be forgotten.

373
SHARES
FacebookTwitterSubscribe
Subscribe via Email or RSS Feed
Pages: 1 2
Comments (3)
The Before Trilogy