The same way there are certain philosophers (Kant, Nietzsche, Heidegger, etc.) every college graduate should be at least conversationally familiar with, there exists a handful of directors that all college graduates should likewise have a passing knowledge. Standing toe-to-toe with cinematic giants like Kurosawa and Fellini is Ingmar Bergman, whose filmography may indeed be the most philosophically intriguing oeuvre of any filmmaker ever.

What makes Bergman’s arguable magnum opus The Seventh Seal especially worthwhile for university students is its take on what makes life worth living. Granted, it is a film (rather literally) about Death, but it doesn’t focus on the subject of mortality through either a nihilistic or maudlin lens.

There may not be a movie out there that so perfectly embodies the existentialist mentality, one that forces the viewer to reexamine his or her perspectives on simply being; factor in the beautiful aesthetics of the film and its exquisite acting and you have yourself the exemplary “thinking man’s picture” for moviegoers in their early 20s.

As an adult, you’re not going to have a lot of free time. Between work, managing your love life, paying the bills, doing laundry, picking up groceries and being stuck in traffic three hours a day, your leisurely hours take a hit as soon as you join “the real world,” so that means enjoying cinematic experiences like Satantango become highly improbable, if not outright impossible.

The simple fact that post-college life doesn’t really afford you that many opportunities to watch 7 hour long movies in one sitting is reason enough to catch Satantango while you still have the surfeit of free time. That it’s a remarkable, thought-provoking masterpiece of minimalism (and a film that actually rewards you for having an attention span), I suppose, is the cinematic equivalent of icing on the cake. 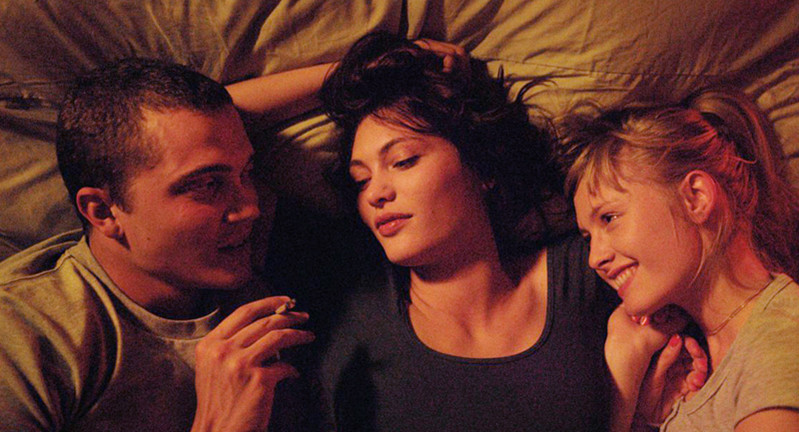 Give it time, but eventually, future generations will reflect on the lukewarmly received Love as a decade-defining cinematic chef-d’oeuvre. Gaspar Noe’s menage-a-trois masterpiece is the definition of a truly “adult” film (and no, it’s not just because it includes scenes of ejaculation in 3D.) It’s a film that really taps into the driving emotions of adulthood; bitterness, sorrow and, most notably, regret. These are the commanding feelings that, simply put, teenagers aren’t old enough to truly grasp.

By the time you graduate college, however, you should know all too well the pains of bad decisions, and Love does an absolutely phenomenal job depicting the contrition associated with impulsive, youthful behavior, and crushingly, the ensuing lifelong remorse that is all but inescapable. Anybody can enjoy Love as entertainment, but only adults can relate to – and therefore, appreciate – the complex emotions Noe’s film so admirably (if not agonizingly) stir.

Instead of a cap and gown ceremony, colleges ought to mark students’ passage into adulthood by screening Masaki Kobayashi’s superb – if not unrivaled – World War II trilogy. The trifecta of films – No Greater Love, Road to Eternity and A Soldier’s Prayer – form a nearly 10-hour long narrative about an idealistic Japanese college grad who assumes a management position at a Chinese labor camp in WWII, only to have his scruples tested by the cruel behavior of his superiors.

Eventually, the pacifist find his virtues further tested when he’s thrust into the whirlwind of warfare and, ultimately, learns that his socialist ideals weren’t exactly founded on reality when he becomes a Soviet prisoner. While the films are categorically about the incompatibility of youthful idealism and adult pragmatism, the trio of movies delve into even deeper philosophical waters, making the series among the cerebrally stimulating in the annals of cinema.

As the lofty title suggests, The Human Condition trilogy truly does tap into the crux of what drives mankind, anchored around the profoundly deep existential question – what ought to really motivate us as people: collective ideology, or individual valor?

There isn’t a single college grad out there who, to some extent, can’t relate to the transition the protagonist in Drive experiences. When you get down to it, what is adulthood but one’s lifelong, constantly evolving reaction to utter freedom being hoisted upon you in your early 20s? Up until you graduate from college, your entire life has been structured and organized by somebody else, and now, you are fully expected to take SOLE responsibility for yourself and your actions.

In many ways, the existential plight of Ryan Gosling’s character in Drive mirrors the quarter life angst of many college graduates. What the unnamed protagonist in Drive is ultimately pursuing is the same thing any recent diploma-holder is after; stability, a sense of identity and, perhaps most importantly, the oh-so hard to obtain tandem of professional success and a clean conscience.

Drive – despite its car chases and graphic hammer attacks – is thematically addressing the great big question all graduates have to ask themselves: now that we’re out here in this great big world, how are we supposed to make sense of it all?

As Drive perfectly illustrates, overcoming the terror of total freedom requires a lot of soul searching, a lot of stepping outside one’s comfort zone and plenty of calculated risk-taking. Moreso, it’s a film that nails the most fundamental aspect of accepting – and excelling at – adulthood, delivering a message that all college students would be wise to heed: before you can become a hero, you’ve got to become a real human being first.