While the impact The Texas Chainsaw Massacre has had on horror films since the 1970s is undeniable, one factor of its success and notoriety for over 40 years was its claim of being based on a true story. However, the story of college kids brutally murdered by a chainsaw-happy maniac and a family of cannibals living in Texas is complete fiction.

While it is very fortunate that a family as deranged as the psychotic family in the film does not exist, the film was in fact inspired by the heinous crimes of the infamous serial killer and cannibal Ed Gein. Even so, it was a trip to a store that had chainsaws on display that got director Tobe Hooper’s creative juices flowing, as he felt like using those chainsaws to cut through the other customers to leave the busy store sooner.

While the film’s false claim that the it was based on fact was done in order to attract people to see it in cinemas, Hooper also has a more personal reason for this action. Hooper was outraged and disillusioned with America due to the Watergate scandal and other lies the government told the public at the time. Hooper’s inclusion of the true story disclaimer, for people to find out the whole “true story” was a lie, was for viewers to understand what an impact the U.S. government’s lies had on their country. 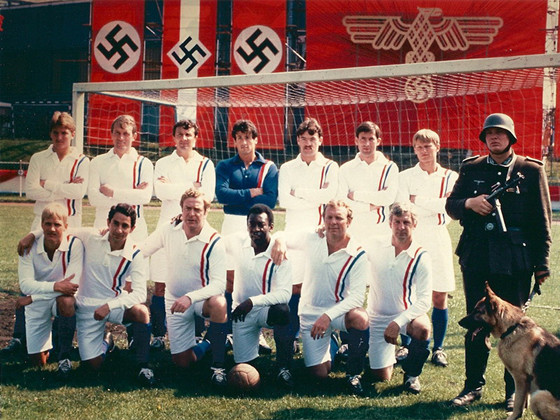 Nazis are one of Hollywood’s many go-to villains who are evil for the sake of being evil, and the audience will automatically accept that Nazis are the villains. So whenever anything remotely resembles a true story about how the “good guys” defeat the ultimate villains of the 20th century, Hollywood are all over it.

The 1981 sports drama Escape To Victory is one such tale. Allied soldiers imprisoned in a Nazi prisoner-of-war camp are set up to play a game of soccer against Nazi soldiers, with the idea being that the Nazis think they can easily defeat the Allies and that that would serve as a perfect piece of Nazi propaganda.

The Allies use the game to their advantage by plotting their escape at the football stadium. However, being a Hollywood movie, the prisoners decide to forfeit their escape and continue playing against the Nazis to win back their honour, and boy do they win in a glorious Hollywood fashion.

While the film is a combination of an entertaining sports and war movie, the problem is that what happened in Escape To Victory barely resembles the “true events”. For one, the Allies had nothing to do with this soccer match; the men played by Sylvester Stallone, Michael Caine, Pele, and everyone else simply never existed.

It was actually a group of Ukrainian prisoners, whose country was under Nazi occupation at the time, who were forced to play the Nazis, and who easily won every single match against the Nazis. Unfortunately, the Nazis executed these poor Ukrainians for humiliating them, hence the more inspiring, although false, Hollywood version.

One of the more well-known Australian movies from the past fifteen years is Wolf Creek, a horror film directed by Greg McLean. It gave Australian horror films a new lease on life, and also got Hollywood’s attention. It also claimed to be based on the true story of a serial killer targeting young tourists in the Outback, which is almost completely false.

In the film, three young British backpackers are exploring a meteorite crater called Wolf Creek where they become stranded and are helped by a local bushman named Mick Taylor, only for him to turn out to be a serial killer. However, in real life, no such event happened there, and the place is actually spelled Wolfe Creek.

The film is a combination of two separate murder cases that involved the killing of backpackers, and which happened in completely parts of Australia. Mick Taylor was inspired by a notorious murderer named Ivan Milat who preyed upon hitchhikers during the 1990s in New South Wales, and the other case happened in 2001 when two British backpackers were captured in the Northern Territory by another killer named Bradley John Murdoch, although one of the backpackers managed to escape. 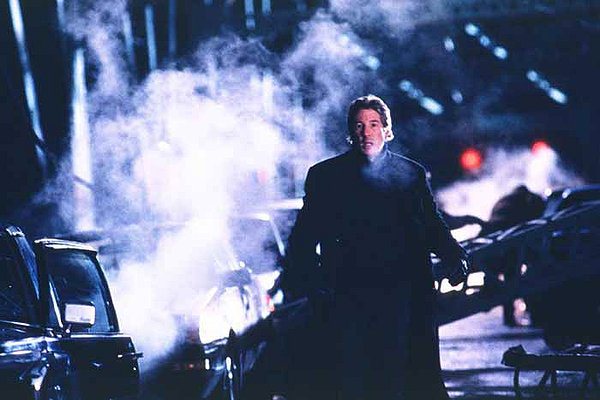 Urban legends like Bloody Mary and Bigfoot have always been spread around the world, but one legend that seems to have stuck to a particular part of America is the Mothman legend in the town of Point Pleasant, West Virginia. The legend spread thanks to the film The Mothman Prophecies, and its marketing team indeed emphasized that the film was based on true events.

In the film, reporter John Klein (Richard Gere) inadvertently drives to Point Pleasant without having any idea of how he ended up there. He is investigating the Mothman creature that his deceased wife claims to have seen just before her death in a car crash. Klein slowly learns that he was meant to arrive in this small town full of people who have seen the Mothman.

The “real” events happened between 1966-67, unlike the film, which is set in the early 2000s when the film was made. However, the events are said to be connected to a bridge collapsing like at the end of the film. The reason the creature was called the Mothman was because a copyeditor at a local newspaper named it so, inspired by Batman. John Klein’s real name was John Keel, and he was a reporter assigned to go to Point Pleasant to cover the Mothman phenomenon.

Like the aforementioned Wolf Creek, Open Water is also a horror film supposedly based on a true story that happened in Australia, except this time it’s in the ocean around the Virgin Islands and the Bahamas rather than the Australian Outback. An American couple gets lost in the ocean while scuba diving, as their boat left them. Now they not only have the ocean to face, but also its greatest predator, sharks.

In real life, an American couple from Louisiana, Tom and Eileen Lonergan, travelled to Australia in 1998 and indeed did go to the Great Barrier Reef to scuba dive and were never seen again. An incorrect headcount by the boat crew was to blame for not noticing that the couple was not on the boat. It was until two days later when bags with their belongings were found on the boat, and a search for the couple was conducted, but they were never found.

Besides that basic idea, everything that transpires in the film is made up. While it might make for great viewing, there is no way of knowing how closely the film resembles reality, simply because no one was there to see it and live.