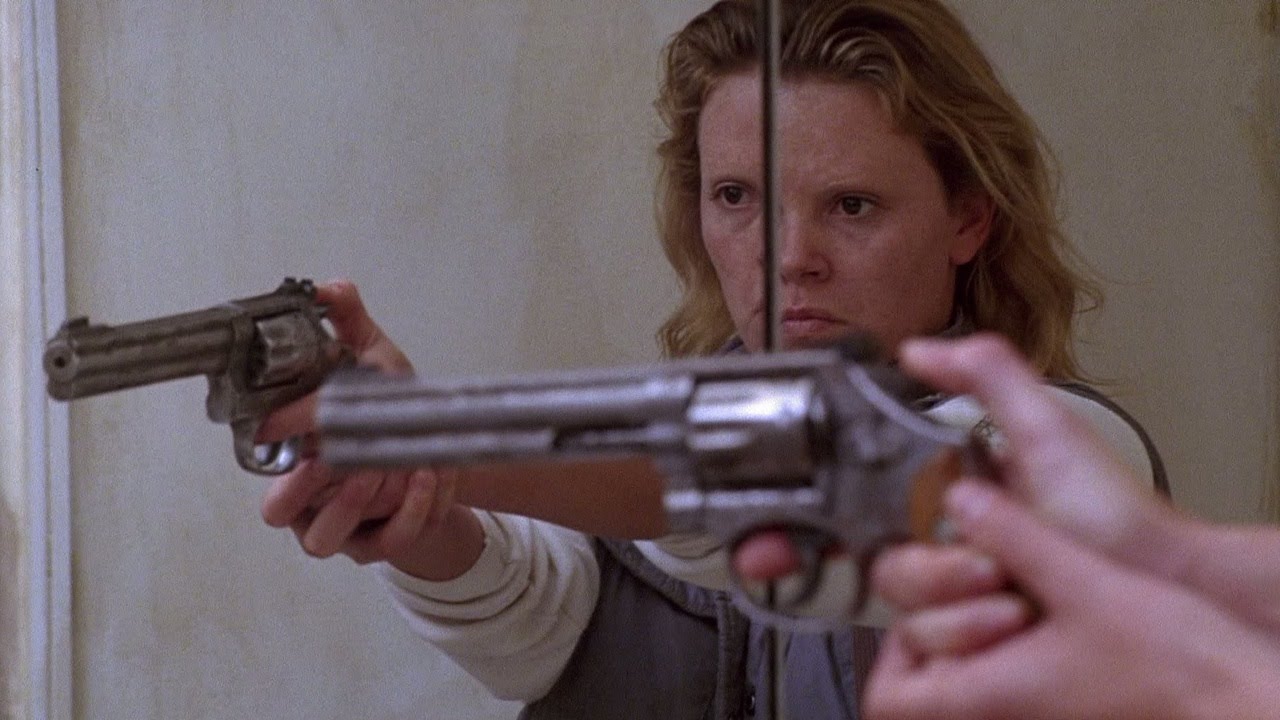 Monster has one of the single greatest acting performances ever to be found in film; Charlize Theron plays the character of Aileen Wuornos so completely that Roger Ebert described her performance as the “embod[iment] [of] another person”. This creates a terrifying experience to watch unfold because the film opens up with Wuornos as a little girl and ends with her as a serial killer.

Perhaps, Theron’s performance isn’t great solely because of her ability to embody Wuornos, but rather aided by a great script and great editing. This isn’t meant to take away anything from Theron and her acting ability, but meant to point out other great parts of the film that complimented her performance. For example, the character arc of Wuornos is an incredible feat because Patty Jenkins begins the film from the most innocent of places: childhood. Then, she helps the audience understand why Wuornos became a prostitute which leads into the beginning of Wuornos’ journey to becoming a serial killer.

When Wuornos meets Shelly, it feels like a romantic film because two people are falling in love with each other; however, there is something always slightly off in these scene, but these scenes still display the beginning of a relationship where the both of them care deeply about each other. Eventually, this creates a serial killer that is easy to sympathize with because she is killing for love. This is the only film that finds humanity in the most inhuman thing: serial killers. 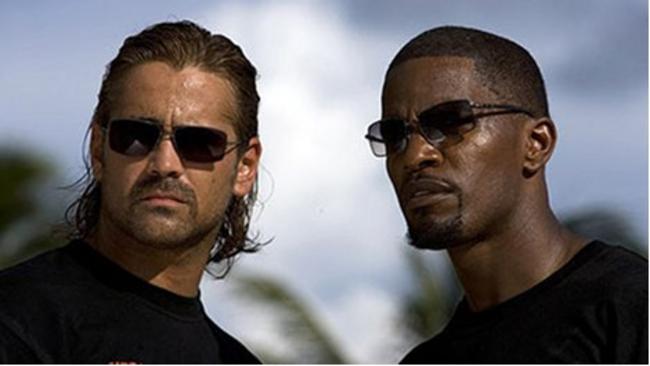 Michael Mann had just came off Collateral which was the second film he experimented with a digital camera on (the first was Ali), and Miami Vice is the film he perfected his digital cinema with. He is one of the two biggest supporters of digital filmmaking (the other being David Lynch); Mann shoots on digital to add a level of realism that is missing from his films that were shot on film.

This new level of gritty realism adds a layer that the TV show’s flashy 80s aesthetics was missing; this is also the most likely reason for Miami Vice receiving bad reviews. However, this new aesthetic that the film creates pulls the audience deeper into the film because everything seems to have a greater impact on the characters. Most of the film doesn’t even take place in Miami, but when it does, it is usually the black night sky that Mann shows rather than the sunny beaches Miami is famous for.

Miami Vice is a darker version of the show that has beautiful cinematography which makes use of negative space in the frame; many fans of the film describe it as a tone poem, but this film’s plot plays a large role in what makes it great. The film is about how cops and criminals are the same type of people, but fighting for different things. This is beautifully shown through Crockett’s relationship with Isabella, and how easily he could’ve changed sides; Miami Vice displays a beauty found rarely in action films, and this is because the characters dictate the action which makes Miami Vice the best action film of the 21st century. 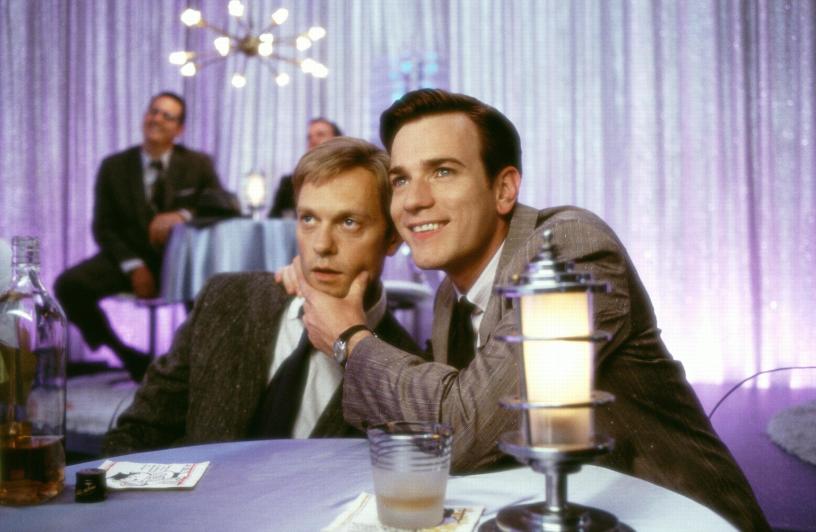 From the beginning of the film, it is clear that this film is the 21st century version of films from the 1950s and 1960s. However, there are several mistakes and differences between this film and those films from the 50s and 60s; the major difference between the two is that Down With Love is trying to create a singular feeling of those films that are from two different decades; therefore, Down With Love creates a collage of 50s and 60s style of film that plays more like a cinephile’s nostalgic dream rather than a replication of any specific film from those eras.

Jonathan Glazer is one of the many great directors who started out making music videos; his first film, Sexy Beast, was praised by critics, and a big reason Nicole Kidman wanted to work with Glazer on Birth. The script was written by Glazer and frequent Bunuel collaborator Jean-Claude Carriere; however, Glazer crafted most of the story which developed out of his interest of a story about eternal love and the mystery of the heart.

This is most likely the reason Birth received such poor reviews: many critics felt the story was just another generic film about the paranormal. With many similarities to The Sixth Sense, it isn’t hard to see why, but Birth stands out when compared to The Sixth Sense because of Glazer’s direction, his script and Kidman’s performance.

Glazer’s style of direction allows for emotions to develop in a scene; the best example is the opera scene where the camera is just fixated on Kidman’s face (which expresses every emotion of the human heart) after she has just been faced with an impossible possibility: her dead husband might be a 10 year old boy. This is the plot of the film which represents eternal love through Sean and Anna’s relationship after Sean has been reincarnated; however, the impact of the film comes from the mystery of the heart which Kidman portrays in the most haunting of ways. Birth can easily be ranked among Kidman’s best performances. 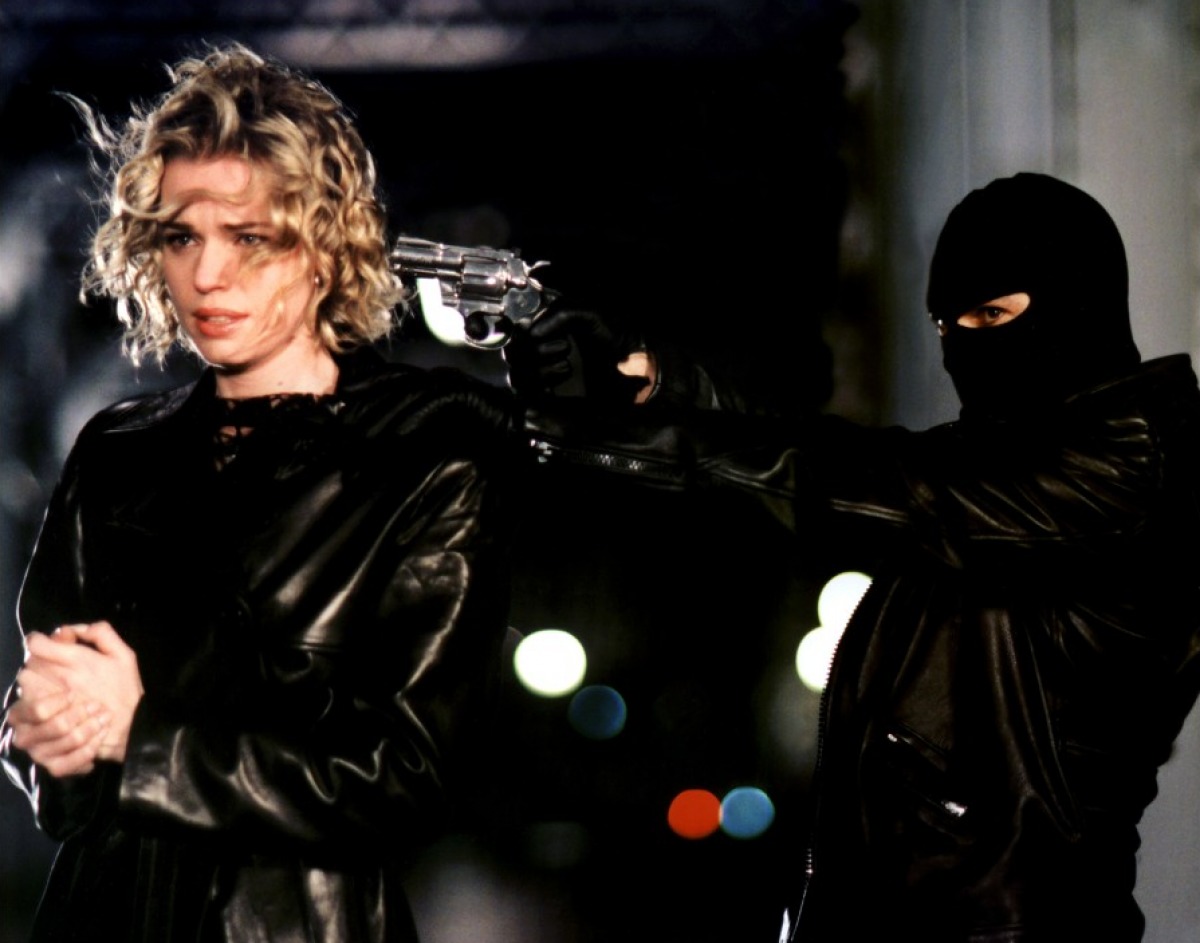 Cahiers Du Cinema named Carlito’s Way the film of the 90s, but it is Femme Fatale that should be the masterpiece De Palma is remembered for. Several critics (notably Roger Ebert and Ed Gonzalez) gave Femme Fatale great reviews. However, this didn’t prevent Femme Fatale from being a box office bomb. Many critics have misjudged this film as just another stylish film in De Palma’s filmography; however, this film is much more than that.

This isn’t to say that it doesn’t feel Hitchcockian like most of his films, but rather that this film has a layer of surrealism that fans of De Palma haven’t seen since Phantom of the Paradise. However, this layer of surrealism only becomes completely realized after a second viewing of Femme Fatale. Upon a second viewing, Romijn’s performance becomes much more layered which is an incredible feat considering her performance was excellent the first time watching it.

However, the most impressive feat that Femme Fatale achieves is displaying a great example of Montage Theory. This is due to the most De Palma-esque twist seen in any of his films; this allows for two different versions of the same scene to be shown with the only difference between the two shots being the camera’s angle and the arrangement of the shots which creates the most definitive argument for Montage Theory since Eisenstein quit making films.