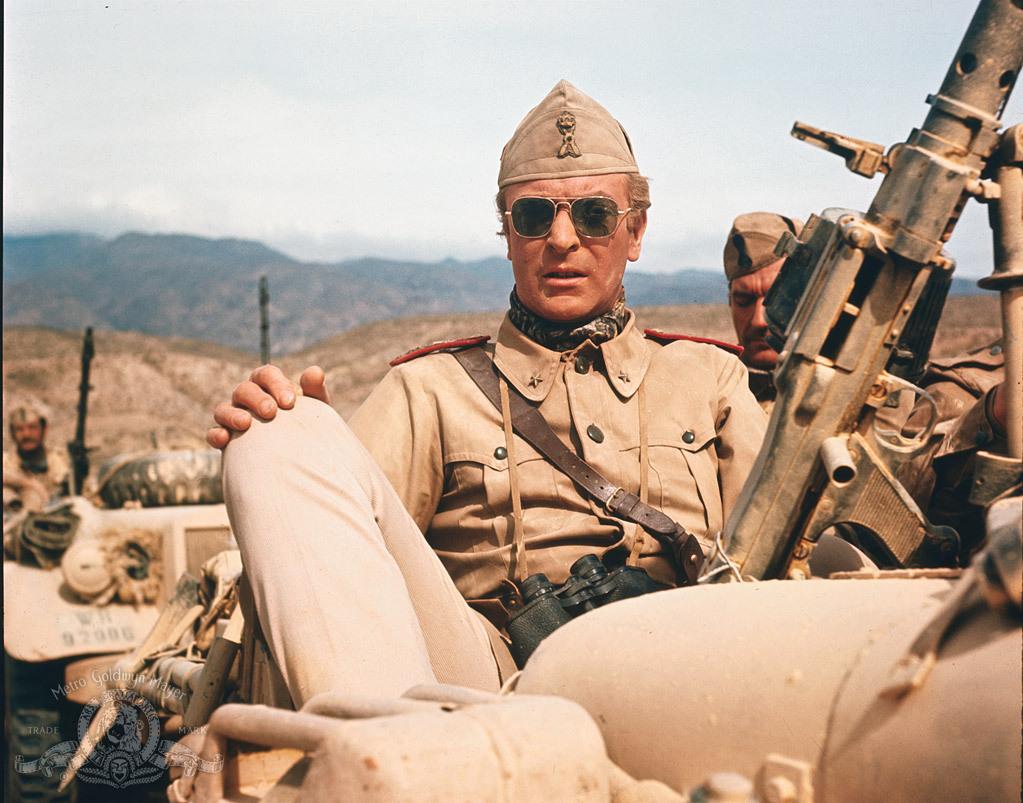 Andre De Toth is another under-the-radar figure whose reputation has mostly been kept alive by Scorsese. Known for B movies (most well-known being Vincent Price’s House of Wax) and noirs, De Toth’s films are characterized by a sense underlying violence.

Play Dirty is a similar concept to The Dirty Dozen; Michael Caine leads a team to cross enemy lines to destroy a Nazi oil depot. Play Dirty is the far more cynical film however; Caine is perfectly cast with his trademark charisma offering a brutal contrast with the team of irredeemable murders and occasional rapists.

There’s plenty of large scale action sequences that unfold less like action exploitation and more existential horror, most of which is a sequence centered on simply dragging a jeep over a hill that becomes almost Hitchcockian. Another brief expertly constructed scene involves the team burying enemy corpses that is so briskly edited the viewer would think they were burying garbage.

The solution to everything is kill and hardly any of the suspense comes from the threat of the Nazis but from wondering how long the ‘heroes’ will keep it together. “They don’t think, they just act. They have a job to do, and they’re going to do it. The nihilism, the pragmatism — it’s frightening.” 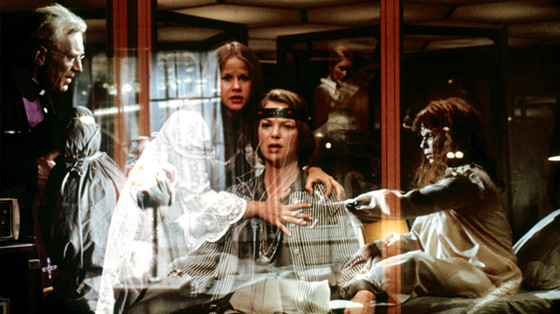 Yes, you are reading this correctly. Scorsese not only likes the sequel to The Exorcist, he likes it more than the original. It would be hard for anyone to come up with a sequel idea but what we get is a Jesuit (Richard Burton) investigating the events of the first film and Linda Blair returning as Regan, who now has a leg up on fighting demons and helping children because as it turns out the demon known as Pazuzu chose her because she has had physic powers all along.

As bizarre as the film is, it is worth noting that the negative backlash was a reaction to just how highly anticipated the film was upon its release, costing, at the time, a whopping 14 million.

Now to be fair the movie has a lot of ideas that are not terrible, Regan as modern day saint (Scorsese compares her to Ingrid Bergman in Europa’ 51), redemption for the heroes of the first film, examining how science and theology bleed into each other, are all interesting on their own. It’s hard to tell who to lay the blame on, Director John Boorman could very well be the culprit and a visibly drunk Burton doesn’t help.

All flaws considered and against all odds the sequel conjures up several stand out moments just vibrant enough to shake up Catholic like Scorsese, including a very graphic depiction of the scared heart. A great film? Far from it, but for horror sequels you could do a lot worse and if you want to skip this one at least give Morricone’s soundtrack a listen. 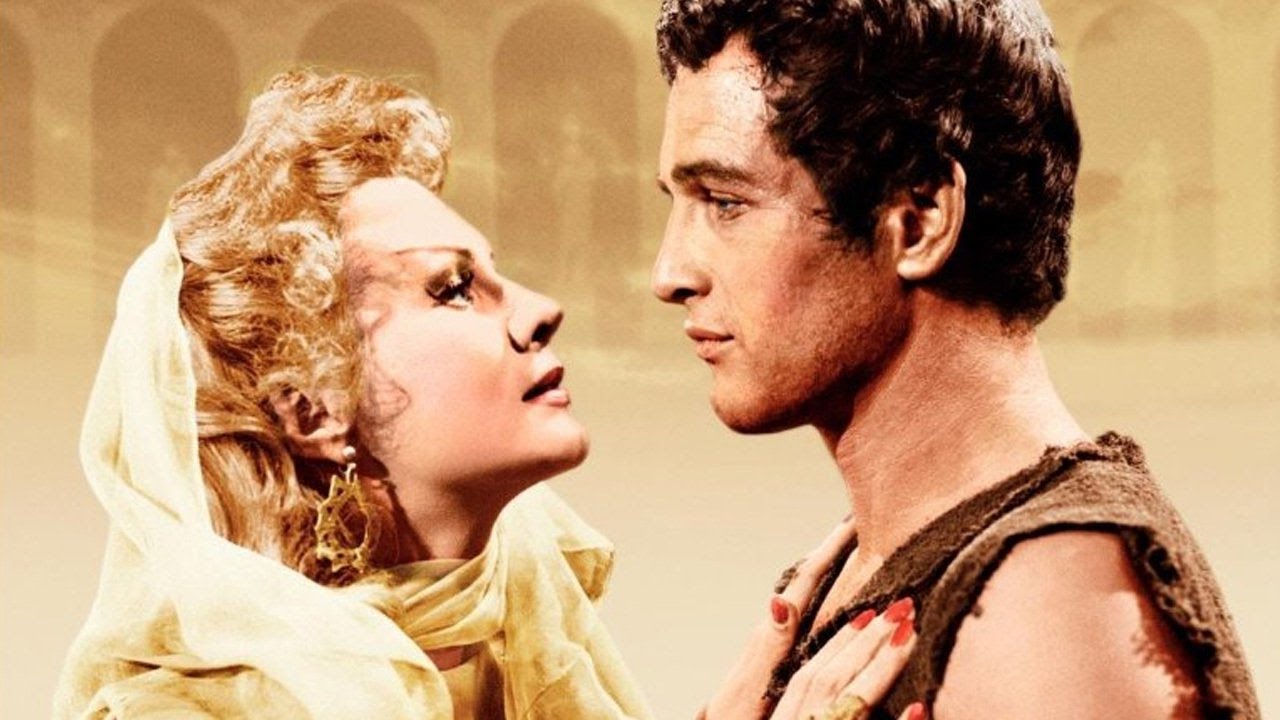 This one is bad. How bad?

Well Paul Newman, who appears in one of his earliest roles, allegedly took out ads in the paper when The Silver Chalice was on television encouraging people not to watch. Right off the bat a Roman Epic about pottery sounds like a misfire and even Jack Palance as a flamboyant magician who won’t shut up about how he can fly does not help. As Scorsese puts it “has no authenticity. It’s purely theatrical”.

Yet this is one of the most important entries on Scorsese’s list not because of the film itself but because it illustrates just how deep the man’s fandom goes. What makes this dud worthwhile is Boris Levin’s production design that feels like a combination of modern art and science fiction is a glorious sight when the characters aren’t talking.

Scorsese was so taken with the art direction he would bring Leven on board for several of his own films including New York, New York and even having him design the iconic set for The Last Waltz.

Aside from the connection to The Aviator, Scorsese has long been fascinated by Howard Hughes’ infamous hodgepodge of film. A viewer with no knowledge of Howard Hughes’ as a man could very well pick up on several of traits associated with him from one viewing. The awkwardly staged dialogue between the main characters make it clear that Hughes was going for an epic but with zero insight to the everyman.

The plot surrounding two brothers going off to war and meeting Jean Harlow (in her screen debut) is almost inconsequential. The long production of the film that spanned over three years underwent several changes, most notably switching from a silent film to a talkie with several title cards remaining in the film.

Additionally, there is only one extended color sequence featuring the only existing footage of Jean Harlow in color. Even the presence of director James Whale (another big screen debut) whom Hughes brought on board for the talking scenes could not save the talking portions even after re writing most of the script.

Hughes’ ambition finally becomes admirable when the attention shifts to the aerial combat scenes. Real planes’ dropping real bombs onto real buildings is enough to make anyone forget the other repeated missteps. The high point of the entire movie revolves around the inner workings of a zeppelin dropping bombs and focuses solely on procedure with minimal dialogue that builds and builds to a climax that is hard to deny.

Scorsese was not the only director to champion the film; Stanley Kubrick listed Hell’s Angels among his favorite films of all time. On top of that Scorsese recounts, showing the film to director John Milius who proclaimed “This is the kind of film that should be made these days!’. 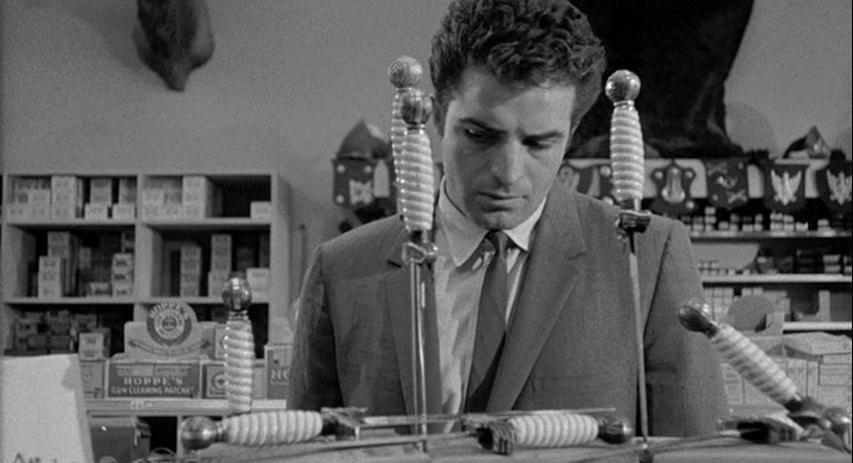 To this day, Scorsese has spoken about this low budget film noir, and spoken so fondly of it he is (along with James Ellroy) the key factor in the film not slipping into obscurity. The story of a lone hitman has been told dozens of times but rarely so economically with so few resources, Scorsese goes as far to compare to Bresson.

Scenes set in everyday locations such as barber shops, golf courses and hotel rooms all end up feeling like were shot on another planet. The dialogue also has very distinct rhythm with many of the exchanges being drawn out to the point where it’s uncomfortable and even frightening.

There’s several elements that will seem familiar including a workout scene like the one in Taxi Driver or the limited jazz guitar score that Howard Shore used as a template for The Departed and even the barely audible reference to lead actor Vince Edwards role in the television series Ben Casey in Goodfellas (“Take him to Ben Casey, the little prick”).

Irving Lerner unfortunately never had much of a follow up to Murder by Contract but like many other figures Scorsese admired he was eventually brought on board to Scorsese’s own productions as an advisor and even gets some special thanks in the end credits of New York, New York.

Author Bio: Greg is a comedian based in New York City. Greg also has a degree in film theory and is always searching searching for ways to make people laugh while referencing movies.