Roman Polanski has filmed all-time classics like “Rosemary’s Baby” and “Chinatown”, but after scandals and troubles, his artistic work has drawn less attention than his private persona. That could be one explanation why “The Ninth Gate”, a morbid and atmospheric occultist thriller starring Johnny Depp, got almost no recognition when it was released in 1999; or at least, not the recognition it deserves.

The plot evolves around Dean Corso (played by Depp), an antique books expert with a, let’s say, weak sense of morality, who gets hired by Boris Balkan (Frank Langella), a wealthy aristocrat with a faible for Satan, who is more than willing to use convincing “financial arguments” to get what he wants. He hires Corso to find three copies of the dubious and legendary “Book of the Nine Gates” which is supposed to be written by Satan himself.

Corso gets deeper and deeper into a self-inflicted swirl, until he can’t be sure anymore if he is still the master of his own senses – or if some other master has already taken control.

“The Ninth Gate” is a successful return for Polanski to the topics that once made him famous: occultism and Satan. Depp delivers a fine performance as Dean Corso, and the haunting soundtrack supports the gloomy mood and atmosphere that can be experienced throughout the whole film. In addition, “The Ninth Gate” is an interesting film about the fascination and obsession of collecting, and the perverted likings of a decadent (European) upper-class. 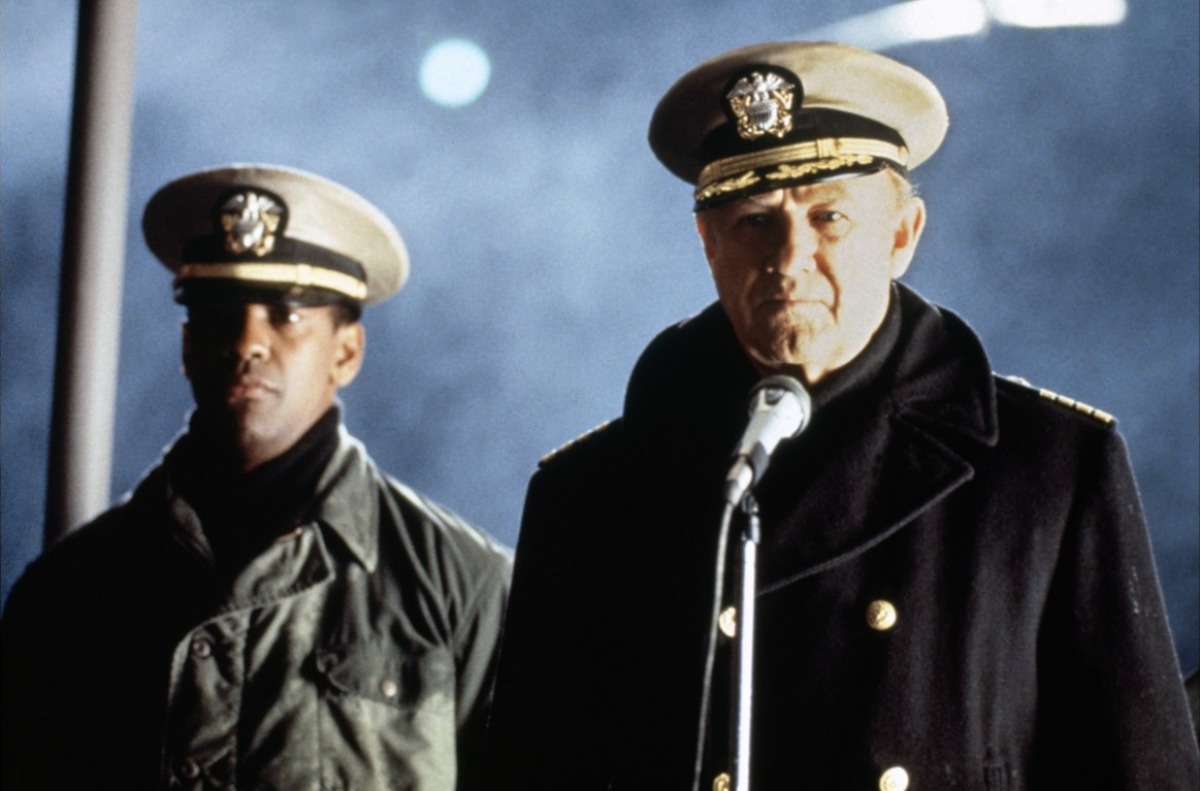 Blockbuster films can never be completely “forgotten.” But if you compare the reputation of other Tony Scott flicks (such as “Top Gun”, “Beverly Hills Cop” or “True Romance”) to that of “Crimson Tide”, one can rightfully use that adjective. This deep sea drama must be called one of his best, if not his best film, and it is both a highlight of powerful directing style and convincing acting.

Gene Hackman and Denzel Washington star as two contrary character high-rank Marine officers who are assigned to lead the crew of an American submarine during a maneuver. While everything seems fine at first, an unexpected Russian missile attack causes chaos on board. Decisions have to be made, but as the two protagonists don’t “concur” about how to handle this dangerous situation, this conflict sparks a series of uncontrollable events; a veritable problem under the given circumstances.

The onstage conflict culminates in a highly intense and breathtaking acting duel between Washington and Hackman, while Scott takes advantage of his great directing skills to shape it into a highly entertaining piece of cinema. There are few movies out there that are as exemplary a display of the masterful use of camera techniques, cinematic “tools” and special effects as “Crimson Tide”.

The follow-up of the triumphant “Goodfellas” somehow went underwater, maybe because a classic suspense-thriller was not what the audience expected from Martin Scorsese, the director of mafia classics and creator of troubled film characters.

Nevertheless, “Cape Fear” is an underrated masterpiece; it is the brilliant remake of a 60’s B-movie that takes an original plot – and adds intensity and gripping suspense. Robert De Niro portrays Max Cady, a convicted criminal who is discharged from his 14-year prison sentence.

But he is not happy – he wants revenge from his former lawyer, Sam Bowden (Nick Nolte), who had suppressed evidence about his former client, and thus did not do everything “in his power” to help him. So, Cady’s only goal, only destiny, is to destroy the lawyer’s life as he feels his life has been destroyed; he wants to take revenge for his “betrayal” and make the lawyer “learn about loss,” as he says in one memorable scene.

“Cape Fear” is a powerful thriller, and a reflection about the “ultimate evil” and what effort one must employ to repel it. At the same time, this most gripping of all Scorsese films is a profound moral tale about guilt, loss, and justice. It is, at the same time, highly entertaining and a “torture” to watch; there are not many films out there which are able to convey a feeling of a subtle threat and suspense in such an effective and brilliant way.

Nicolas Cage has made many, many bad films. “Leaving Las Vegas” is not one of them – on the contrary, actually. It is a small, almost intimate portrayal of a desperate alcoholic who travels to Las Vegas with only one purpose in mind: to drink himself to death.

Based on a true story, Cage delivers the performance of his career. While his portrayal of Ben Sanderson is pure overacting, Elisabeth Shue gives a finely nuanced account of “Sera”, a prostitute who accompanies Ben on his last days and falls in love with him.

In addition to a beautifully sad and moving script, the skillfully composed soundtrack marks another highlight of this film. Michael McDonalds “Lonely Teardrops” is a great song, while director Mike Figgis wrote large parts of the rest himself, including a sad and wonderful piano theme.

In general, what is most impressive about “Leaving Las Vegas” is that it does NOT need any big effects; it’s totally stripped down, and concentrates fully on the characters and their pain. It seems to be shot with cheapest equipment in low definition, yet it turns into such a powerful and existentialist portrait of human nature and suffering. Even in the greatest pain there is beauty.

When asked about the best Michael Mann films, most cinema buffs would answer “Heat”, maybe “Collateral”, a few will mention “Miami Vice” or “Ali”; at least these are his best known. But what about “The Insider”? Nominated for seven Oscars and not winning one – this film had a hard time competing against other great films released in the exceptional year that was 1999.

Nevertheless, this one is a true gem, an underrated masterpiece, and maybe the best Mann film of all time.

Russell Crowe delivers one of his finest performances, while another “acting giant,” Al Pacino, backs him up successfully. In “The Insider”, Mann, for the first time, engaged digital cameras, and the high-definition pictures are highly convincing.

“The Insider” is a melancholic tale about a not very amiable character, who just tries to do “the right thing” – and, by doing so, risks his own life, the life of his family, and all he has ever worked for. In addition to the visual brilliance, the film also allows, based on true events, an interesting insight into the mechanisms and corruption in the tobacco industry. A real forgotten masterpiece of the 1990s.

Author Bio: Christian Klosz is a film journalist and ist from Vienna, Austria. His focus is American cinema, especially of the 1970s and 80s, “New Hollywood”, and “author´s film”. He is also the publisher of the online film magazine “Film plus Kritik”. His cinematic heros include directors like Martin Scorsese, David Cronenberg, Alan Parker, Brian De Palma, Clint Eastwood, Michael Cimino and many more.