Another film on this list to use a non-linear structure in order to enhance its themes, (500) Days Of Summer does not in fact depict an endless summer, but rather the 500 or so days that Tom (Joseph Gordon-Levitt) and Summer (Zooey Deschanel) have spent knowing one another.

Using its calendar format to jump backwards and forwards at will, this romantic comedy is an intense exploration of self before, during and after a relationship, and what may happen to you when you love somebody more than they love you.

Using a whole range of cinematic techniques in order to express both the joy of being in love (the dance sequence set to Hall & Oates) to the agony of heartbreak (the pitch-perfect Bergman parody), as well as the flawlessly assembled soundtrack, (500) Days Of Summer fully deserves its status as one of the best romantic comedies in recent times.

The very ending, where Tom meets another woman who simply happens to be called Autumn, sure has its detractors for being too corny and on-the-nose, yet the scenes leading up to that have been perfectly earned: whether its Summer and Tom’s final meeting, or Tom getting himself back together in order to realise his dream of being an architect.

Nonetheless, the ending shows that despite break-ups being innately awful for you, life doesn’t end there, and there are plenty more people out there for you to meet. 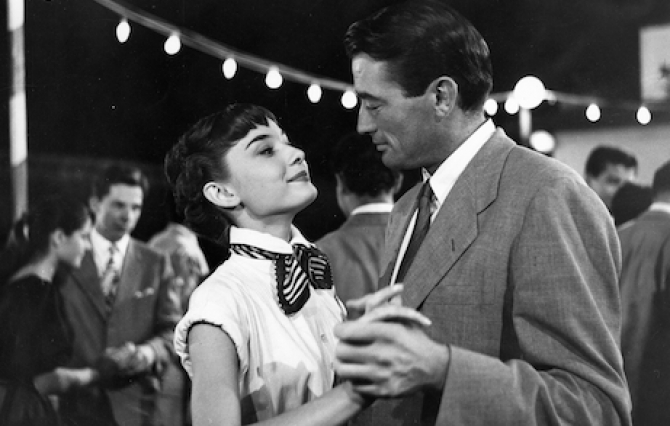 A classic fish-out-of-water tale, Roman Holiday begins with Princess Anya (Audrey Hepburn) running away from her royal duties and out onto the streets of Rome. It is there, found sleeping on a bench, that she meets American reporter Joe Bradley (Gregory Peck), and together they go on a trip throughout all of the city’s most scenic points. Yet this is no mere tourist trip, the film showing what happens when you are given your freedom and allowed to enjoy yourself with somebody new.

A truly great film, it manages to garner audience sympathy for someone as privileged as a princess, in turn praising the virtues of a normal life. Bradley changes too, sacrificing his scoop of the century for a few stolen moments with the charming lady.

Nevertheless, after the fun is over, she realises that as a Princess (the country of which is never mentioned) she has to return to the embassy and continue her trip around Europe. But she hasn’t forgotten Joe, guarded, knowing comments at a press conference hinting at the true nature of what went on during her day trip in Rome.

What aids the film in its delightful journey is the respective handsomeness of the two leads, neither Hepburn (who won an Oscar) or Peck ever looking any better.

The ending to Lost In Translation doesn’t only qualify as one of the best endings to a romantic comedy ever made, but possibly the strongest ending to any movie ever. Such is the cumulative power of this tale of two lonely people finding each other in an alien city.

It wouldn’t work so well if director Sofia Coppola, working with both Scarlett Johansson and Bill Murray, hadn’t laid out the scene so well; but in expertly making us understand the characters, their place in the world, and their relation to one another, the ending is a perfect summation of all that has come before, giving the viewer the sense that Coppola had it in mind before any other part of the writing process.

It is simply pure catharsis, creating both mystery (just what did he whisper in her ear?) and a remarkable amount of empathy. This is hugely abetted by the choice of music, Jesus and Mary Chain’s “Just Like Honey” being the perfect way to soundtrack the end of a chance meeting so sweet that it alters the path of your life forever. As the taxi meanders through the streets of Tokyo, and the lights on the film go dark, the effect is transcendent.

Once is an unconventional film, but that is part and parcel of its power. Its very directness in its unadorned production and design reflects the love story that it contains, one that does not follow the generic rules of the romantic comedy but is instead marvellously and at times heartbreakingly close-to-life.

Set on the streets of Dublin, Once is a musical unlike any other, telling the story of two musicians, known only as the man (Glen Hansard) and the woman (Markéta Irglová), who find one another at a strange juncture in their lives only to eventually collaborate on a demo of songs.

Nevertheless, sadly dealing with ghosts from the past — an ex for him, a husband back in Czech Republic for her — their obvious attraction for the other can never be consummated.

These idea of true emotion being lost in translation comes to a head when he asks her how she feels about her husband and she responds in Czech ‘Miluju tebe’ (I love you) — but he cannot understand. What is even more striking is that this moment was ad-libbed, and of course, cannot be understood by the vast majority of watchers.

After she fails to appear before he goes to the airport, leaving him to be reunited with his ex in London, we see that he may not have the girl he wants, but at least he has made some songs to always remind him of the good times that they had together. 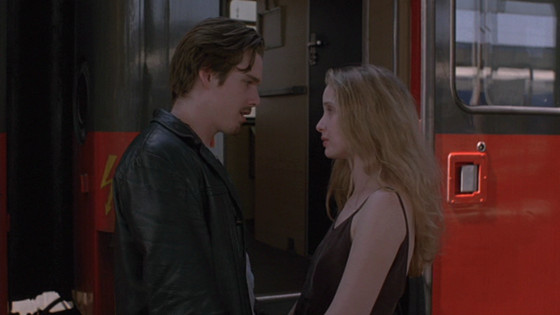 The very premise of the film, laid out within the first twenty minutes, is about as bittersweet as it gets. A boy and a girl, expertly portrayed as if they are real people by Ethan Hawke and Julie Delpy, meet on a train to Vienna and decide to spend the day together. The catch: they only have one day, as he must fly back to America the next morning.

Whilst hardly a thriller, the question remains for this pre-internet couple, will they find love before time runs out, or will it merely be a stolen day, always remembered in time? Not before long however, it appears that this meeting is not only meant to be, but that they are perfectly suited for one another — it can be seen in their long, engaging conversations about everything under the sun.

Naturally, considering these films sequels, the ending does not seem so bittersweet: we know that in future instalments they have become a married couple: with all the attendant bickering and jealousies that matrimony brings.

Nevertheless, if Before Sunrise was to stand as its own movie, the ending remains one of the most exquisitely wrought in Linklater’s oeuvre: both lovers going their own separate ways, unsure if they are ever to meet one another again. Conversely, watching it with the knowledge that their lives will be forever entwined only gives it an added, more powerful punch.