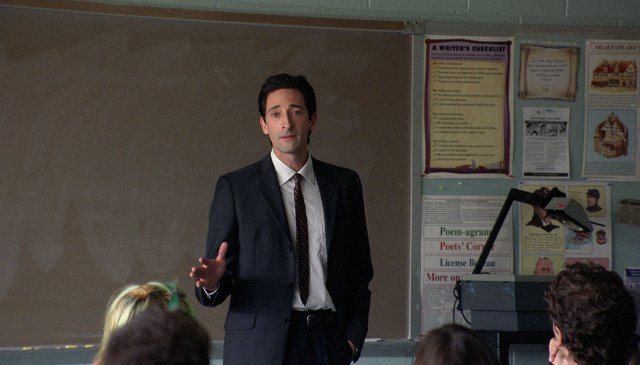 The former star director of advertisement made his directorial debut with “American History X”, and although it became a great success, he disowns the film, saying the producers altered his vision. His second film, “Black Water Transit”, was shot almost 10 years ago and it is still unfinished and going through production hell.

“Detachment” is his third film. I don’t know what is happening in Tony Kaye’s head and how well his state of mind is, but this film is one of the most haunting cinematic experiences of the decade. “Detachment” is a film about a teacher’s life.

I don’t know if it is the saddest film that ever came out of the United States, because there is always Robert Altman’s “Quintet”, but it is certainly one film to watch, and to reconsider the value of Kaye, especially in a time where most other film directors seem to “fit” very easily in the system, whether it’s Hollywood or the festival circuit. 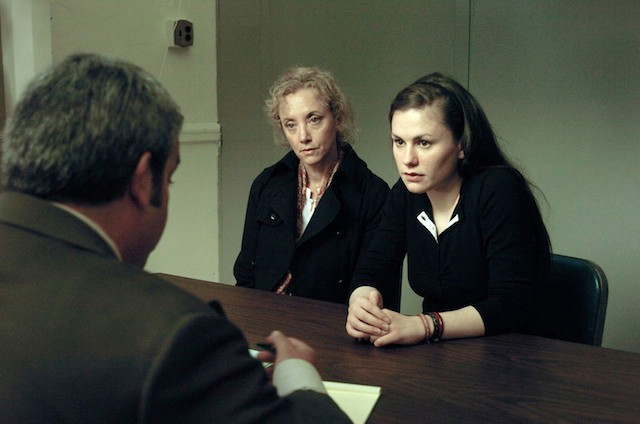 The difference between “Margaret” and every single other modern American film is that “Margaret” is truly ambitious. Kenneth Lonergan had the courage to make a three-hour film with an unsympathetic lead wonderfully performed by Anna Paquin, and also gave the feeling that you don’t really know what his film is about.

Is it a political statement about what is feels to be a New Yorker after 9/11? Is it a drama about a mother-daughter relationship? Or is it just a film portrait, as the title suggests? The film was shot in 2005, but due to an endless post-production battle between the director and producers, it was finally released in 2011 and it was a commercial disaster.

What would be the career of William Friedkin if his masterpiece “Sorcerer” wasn’t neglected at the time of its release? Friedkin continued making films and sometimes he was having great fun with films such as “To Live and Die in L.A.” but other times he was a ghost of his old self. “Killer Joe” was his second collaboration with theater playwright Tracy Letts. Their first film “Bug” was an interesting kind of thriller with a great performance by Ashley Judd.

“Killer Joe” was made when Friedkin was 77 years old and became an instant cult classic. It balances between a white-trash drama and an exploitation B-movie. Matthew McConaughey is as great as can be in the lead role.

This is maybe the only film inspired by Kubrick’s “A Clockwork Orange” that is worth mentioning next to it. The first resemblances are superficial, such as that the main story concerns a group of thugs dressed in extravagant matching outfits.

The most obvious reference is that of the greatest scene of the film, when James Franco sings Britney Spears’s “Everytime” and the girls with guns in their hands accompany him in the backing vocals. It’s a straight-up reference to the “Singin’ in the Rain” rape scene from “A Clockwork Orange”, a classic Kubrick motive to counterfeit pop references.

Korine’s thugs are 15-year-old girls who grew up listening to Britney, and they turned into a cocktail of Barbie and Sasha Grey. The girls of “Spring Breakers” want submissive men to serve them and are in search of a demented feminism that is doomed to have an “Easy Rider” ending. The reasons behind their acts are the same of those in Kubrick’s film; they want to be themselves in a world that is boring.

“Spring Breakers” finally deserves the acclaim because Korine managed to persuade everyone that he did a harmless bubblegum exploitation film with a bunch of Disney stars. Very few people realized that behind the fluorescent colors and the pop references and using Selena Gomez’s face as a Trojan horse, that in there lied the most dangerous film of our time. Now it’s too late – “Spring Breakers” has already found its place and it defines the new generation.

“Winter’s Bone” is one of those films that will always be exciting to watch. It is a white-trash drama, a political film, and a film-noir.

It has great direction choices, such as the use of animals in almost every scene of the film, but most importantly, it introduced us to this generation’s best actress, Jennifer Lawrence. It’s a film that Elia Kazan would definitely want to direct.

David Robert Mitchell’s debut “The Myth of the American Sleepover” was a great indie teen film that showed respect to the genre’s master, John Hughes. “It Follows” is another teen movie disguised as a horror film that reminds us of the early works of John Carpenter. It has a wonderfully enigmatic and very simple premise that the director wisely refuses to develop further.

It also features a great lead performance by Maika Monroe, and a return to the slow moving terror of the zombies of “The Night of the Living Dead”. The absence of the parents makes you think that what you are seeing is not reality but a teenage state of mind. “It Follows” is a coming-of-age film and a horror film that already is a landmark for both genres.

Borderline Pictures is one of the most important things happening right now in American cinema. It’s a bunch of film students who got together and formed a company that finances their independent films about borderline people. The first film was the highly original “After School” by Antonio Campos. Campos went on to direct the very interesting but not as good “Simon Killer”, and this year we are waiting for his film, “Christine”.

Last year, actor Brady Corbet presented his interesting debut “The Childhood of a Leader”. However, their best film of this decade at least is likely Sean Durkin’s “Martha Marcy May Marlene”. It’s a film about a young girl who returns home after living several months in a dangerous cult, and an unforgettable Elizabeth Olsen in a social thriller that reminds us of Polanski’s early work.

This is a female independent western that is so beautifully shot that it gives the impression of a big budget production. Kelly Reichardt is smart enough to understand the slow pace of her story, good enough to engage the viewer in the first few minutes with an hypnotic change of master shots, and bold enough to get into a men’s genre and not give a damn about any of the rules.

Many people believe that Clint Eastwood became a great director once he got older with films like “Unforgiven” and “Gran Torino”, but the truth is that he was a great director from day one. Films from the 70s like “Breezy” and “The Outlaw Josey Wales”, and 80s films like “Bird” and “Honkytonk Man”, are all great moments of American moviemaking in the tradition of John Ford and Howard Hawks.

In the last decade, “American Sniper” was his most successful work. Although politically it created controversy, something that can be said for almost any of his films, “American Sniper” is a powerful portrait that has all the elements of a great Eastwood film. It features great storytelling, an unforgettable performance by Bradley Cooper, and a real humanness by an auteur that Orson Welles once considered “the most underrated one in the world.”