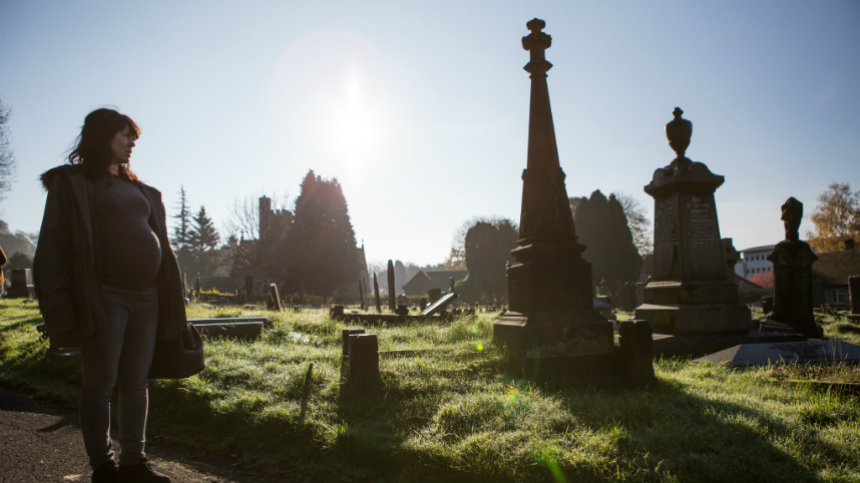 Perhaps best known for starring in and co-writing Ben Wheatley’s sinister comedy Sightseers (2012), Alice Lowe is a triple-threat with Prevenge as it’s writer, director, and star. This audacious feature-length directorial debut from Lowe, who was six-months pregnant during filming, is about Ruth (Lowe), an expectant mother convinced her baby wants her to kill an unhealthy amount of people. 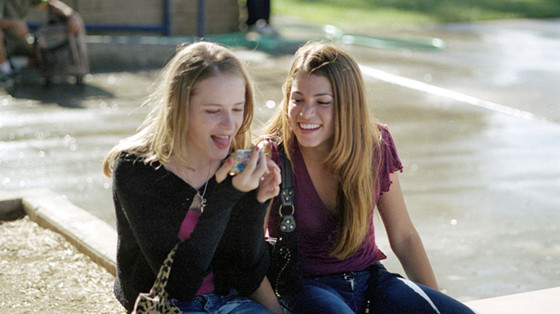 Catherine Hardwicke, who would later go on to direct the skater classic Lords of Dogtown (2005) and the vampire romance blockbuster Twilight (2008), made her directorial debut in 2003 with the coming-of-age drama Thirteen.

Hardwicke co-wrote Thirteen with then fourteen-year-old Nikki Reed, her “surrogate daughter” whom she’d known since she was five (she dated Reed’s father for years and remained close to her after their relationship ended) and the semi-autobiographical content in the film is authentic and vibrant as a result.

Thirteen is about honor student Tracy Freeland (Evan Rachel Wood), who, despite having a close relationship with her mother (Holly Hunter), has a troubling home life. Tracy’s new BFF is Evie (Nikki Reed), who soon talks Tracy into trouble as they experiment with drugs, exploring sexuality, seduce boys, and pickpocket strangers to enable impulsive shopping sprees.

Brilliant performances and Hardwicke’s solid directing help make Thirteen something much more than the teen exploitation flick it might at first appear to be. Horrific, emotionally impulsive, and unmissable. 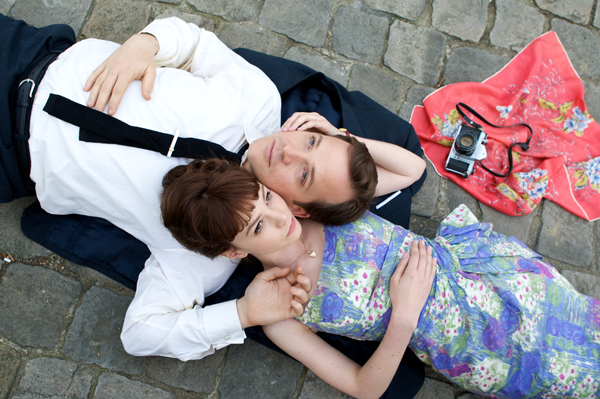 Danish filmmaker Lone Scherfig first rose to prominence as part of the Dogme 95 movement (alongside her countrymen Thomas Vinterberg and Lars von Trier), and her lively comedy Italian for Beginners (2000) is one of the most outright enjoyable experiments to come from that scene. Her knack for comedy is clear in subsequent films like Wilbur Wants to Kill Himself (2002) and Just Like Home (2007), though romance, often from a female perspective, is also a through line in her work.

Her 2009 coming-of-age drama, An Education, saw her biggest success to date. Not just netting an A-list cast (Carey Mulligan and Emma Thompson wonderfully among them), but a big box-office and heaps of praise, too (the BAFTAs and the Oscars were all over it as far as nominations go).

An Education is based off of British journalist Lynn Barber’s memoirs (wonderfully adapted for the screen by Nick Hornby) which focus on sheltered teen Jenny Mellor (Mulligan) in 1960s London. Jenny is smart, pretty, and terribly naive. As she makes plans to attend Oxford she meets a charming older man named David Goldman (Peter Sarsgaard), and through him she gets an education in adulthood, and affairs of the heart. An irresistible charmer with a star-making turn from Mulligan. 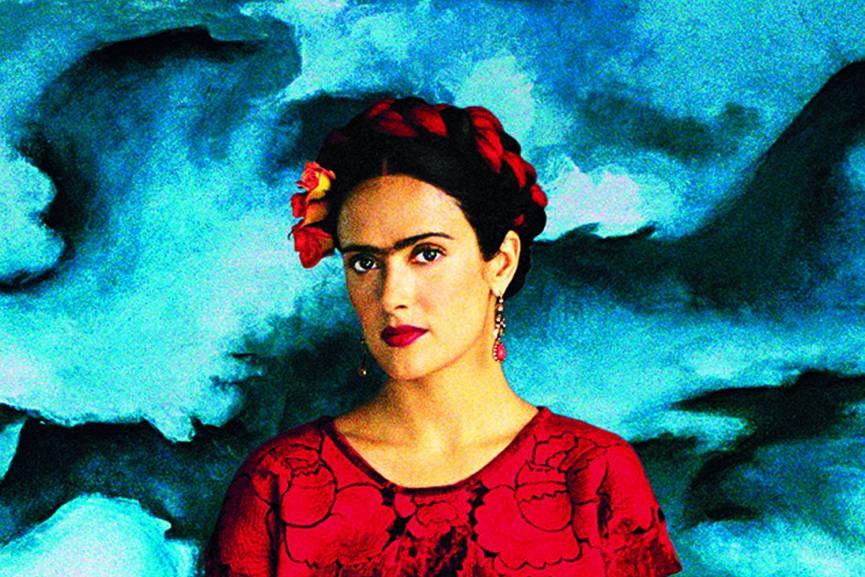 Glamorous and visually striking, Julie Taymor’s biopic on the surrealist Mexican painter and cultural icon Frida Kahlo (Salma Hayek) and her husband Diego Rivera (Alfred Molina) is a salient feat of strength for all involved. While Hayek, who produced the film as well, had been trying to get the picture made for years––and her performance in the titular role is ravishing––much of the film’s success is due to Taymor.

Kahlo and Rivera’s lives were filled with color, charm, and incredulity. Their love affair was impassioned and agitated, and their art, identity and selfhood made them legends.

A director like Taymor, whose background as an award-winning theater and opera director (her Broadway production of The Lion King is one of the most successful musicals ever mounted, grossing an estimated $6 billion in ticket sales) with a gift for visual flair and stirring melodrama was the perfect fit for such larger than life subjects in a film that needed proficiency and artfulness in its telling. Few biopics offer the authenticity and occasional surreal sweep that Frida so boldly and sublimely displays. 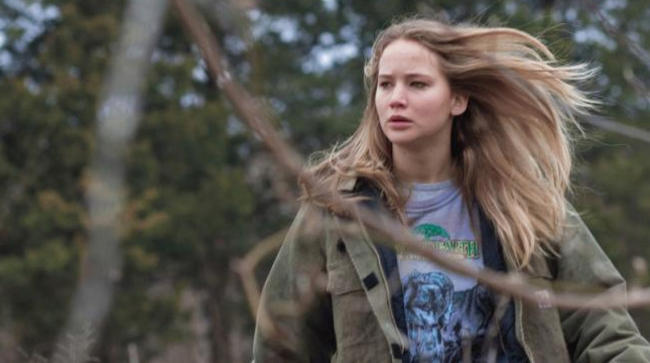 Winter’s Bone, the chilling second feature from director Debra Granik was one of 2010’s biggest cinematic surprises and the breakout film for star Jennifer Lawrence. Due to Granik’s daydreaming idealism, Winter’s Bone has the neo-realist rhythms of Abbas Kiarostami and the Dardenne brothers as we identify with troubled Ozark teen Ree Dolly (Lawrence).

Ree’s mother is mentally ill and totally unresponsive, her father is a criminal, and so she must manage the household, namely caring for her two younger siblings; twelve-year-old Sonny (Isaiah Stone), and six-year-old Ashlee (Ashlee Thompson).

After Sheriff Baskin (Garret Dillahunt) lets her know that her deadbeat dad has put their home up for bond and then vanished, Ree sets out on a dangerous quest to find his sorry ass.

An unforgettable film, Winter’s Bone displays Granik’s cinematic savvy, only just now being realized, making her one of the most exciting filmmakers to follow. 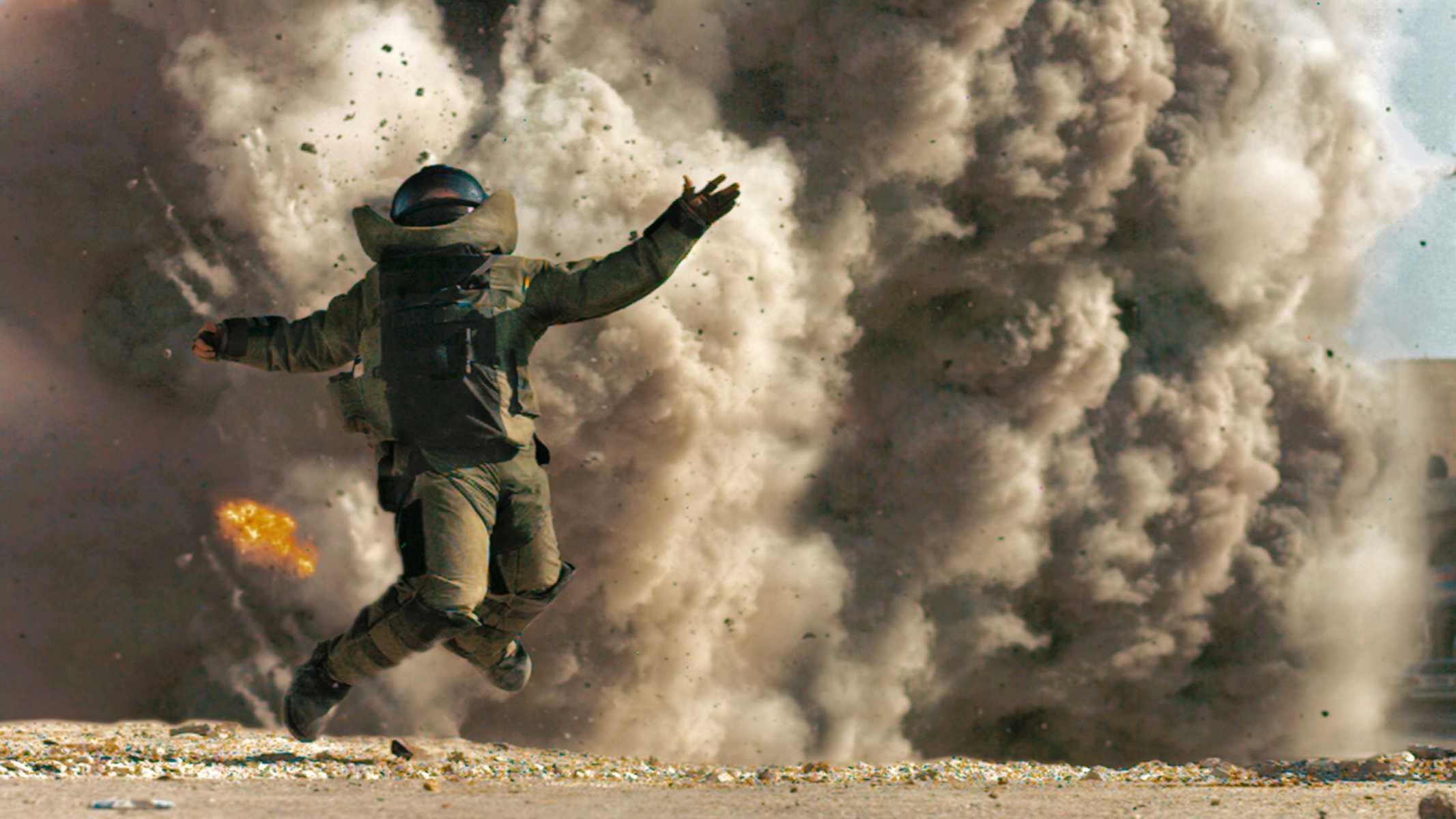 As far as populist filmmakers go, Kathryn Bigelow is one of the most sought-after mainstream talents around. The first woman to win an Academy Award for Best Director for 2009’s The Hurt Locker, one can’t help but be impressed that Bigelow’s visited and improved upon many genres thought to be retained by male machismo prerogatives (she’s also directed such action movie classics as 1991’s Point Break, and 2012’s Zero Dark Thirty).

The Hurt Locker tells the story of Sergeant First Class William James (Jeremy Renner), Sergeant J.T. Sanborn (Anthony Mackie) and Specialist Owen Eldridge (Brian Geraghty) who are members of a bomb-disposal unit stationed in Baghdad. Their hazardous, highly tense, and potentially explosive detail is explored in the final weeks of their tour of duty in spellbinding and viscerally depicted fashion.

“You may emerge from The Hurt Locker shaken, exhilarated and drained, but you will also be thinking,” wrote A.O. Scott of the New York Times, concluding; “The movie is a viscerally exciting, adrenaline-soaked tour de force of suspense and surprise, full of explosions and hectic scenes of combat, but it blows a hole in the condescending assumption that such effects are just empty spectacle or mindless noise.”

Australian filmmaker Jennifer Kent made a startling debut with the psychological horror film The Babadook. Regarded as one of 2014’s best horror films, what makes The Babadook so superior to most of its peers is that it mixes emphatic storytelling with a clear dedication to both vision and craft.

The Babadook tells the chilling story of Amelia Vanek (Essie Davis), a troubled widow and author of children’s books and her six-year-old son Samuel (Noah Wiseman). Samuel keeps telling Amelia about a monster that has entered their home via a creepy AF children’s book that no one seems to remember actually purchasing. There’s more to this tale, of course, and also a number of ways that certain plot points and details can be interpreted, which is part of the pleasure of the dark, meditative chiller.

Kent has said of The Babadook and its quaint quotidian setting that she “wanted to create a myth in a domestic setting. And even though it happened to be in some strange suburb in Australia somewhere, it could have been anywhere.” Already a cult classic, many cinephiles are eagerly anticipating Kent’s next work, whatever it might be.

Claire Denis’ transgressive 2001 masterpiece Trouble Every Day connects sexual appetite with that for human flesh both brazenly and with shine. Considered part of the New French Extremity, this is a film as controversial as it’s artfully atmospheric and deeply thoughtful as Denis delights in devouring recognizable horror movie motifs with a formative hunger.

Film Comment scribe Max Nelson says the film has “the kind of public self-exorcism a director can only get away with once in a career,” which is certainly true, and it’s certainly not a movie for the faint of heart.

Two disparate storylines slowly intertwine; one involving scientist Shane (Vincent Gallo) and his new bride June (Tricia Vessey), Americans honeymooning in La Ville -Lumière; the other involving Léo, a doctor (Alex Descas) and his beautiful wife, Coré (Béatrice Dalle). Coré, it seems, has a vampiric bloodlust and a raging libido that makes her sexual hunger and that for human flesh savagely indivisible.

Is a similar fate befalling Shane? How are these four lost souls’ paths enmeshed? The answers will astonish and startle in Denis’ boldly original tale of tenderness and terror. 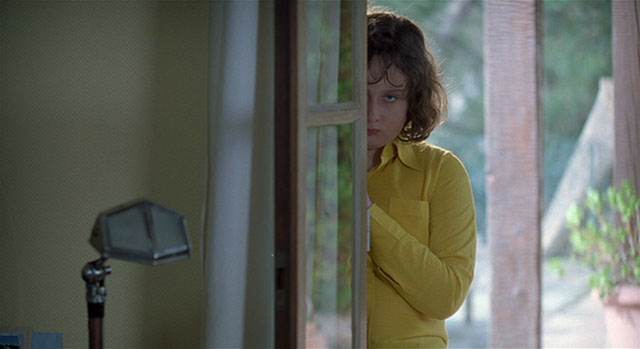 France’s Catherine Breillat has made a brilliant career of envelope-pushing, no-holds-barred provocations, and Fat Girl may well be her pièce de résistance.

Anaïs (Anaïs Reboux) is a pudgy 12-year-old who bears the proverbial weight of the world on her delicate young shoulders. She eyes her flirty older sister, Elena (Roxane Mesquida), with both admiration and loathing. Elena is a fifteen-year-old beauty determined to save herself for her first love.

A summer vacay for the siblings will evolve into grande amour misgivings, older boys and impending tragedy. No spoilers here but Breillat ends Fat Girl in a crazily cathartic and discomfiting bombshell you won’t be able to forget, for good or bad. A primal and forcibly polarizing picture.