The New Zealand born filmmaker was not only the second of four women to be nominated for Best Director but also the first woman ever to receive the Palme d’Or and from her 1989 film Sweetie Ebert marked Jane Campion out as a filmmaker to watch.

The critic awarded three and a half stars to Campion’s bizarre family drama, admitting that he found the film “difficult” upon his first viewing and suggests that many viewers will have a similar experience. But ultimately he found the film to be a “strange” and “curious experience”.

Campion’s next film came in 1991 and as far as Ebert was concerned An Angel At My Table was a step in the right direction, as it received the full four star rating with Ebert writing that “I found myself drawn in with a rare intensity”.

Once again he employed the use of the word “strange” to describe the film, signalling that Campion had already established a distinctive style that would go on to define her filmmaking career. Furthermore, unlike her previous effort Ebert found this film to be captivating from the first watch that only became “more engrossing”.

“The Piano is as peculiar and haunting as any film I’ve ever seen” were the words that opened Ebert’s review of Campion’s 1993, Palme d’Or winning masterclass. He praised not only the construction of the film and its world class performances, but also the way in which Campion displayed an understanding of her own story. Not only that but Ebert expressed a deep gratification for the films method of creating “a universe of feeling” beyond just its performances and screenplay.

Campion’s next few films never quite lived up to the promise Ebert had highlighted here though. His three star review of The Portrait of a Lady stated that despite his admiration “too much is glossed over, or implied”.

Then her next two films fell a step further with Holy Smoke and In the Cut both received two and a half stars, but as opposed to dismissing Campion as an unfulfilled promise he reflected on how she, like other directors, was still being innovative and experimental, even if these ideas were not as fulfilling at least Campion was moving forward as opposed to recycling the same ideas.

Her 2009 effort was a return to form with Bright Star, as Ebert awarded the film three and a half stars, praising it as both “beautiful and wistful”.

Ebert was a great admirer of delicate cinema, directing that focussed more on the poignant details of life and the human experience and conveyed them through the use of cinema.

It was one of the many reasons he hailed Yasujiro Ozu as one of the greatest filmmakers of all time. Hirokazu Kore Eda shared some of these traits and worked along a similar style of directing, something that Ebert noted in his directorial debut Maborosi, a film that he described as one of “astonishing beauty and sadness”. 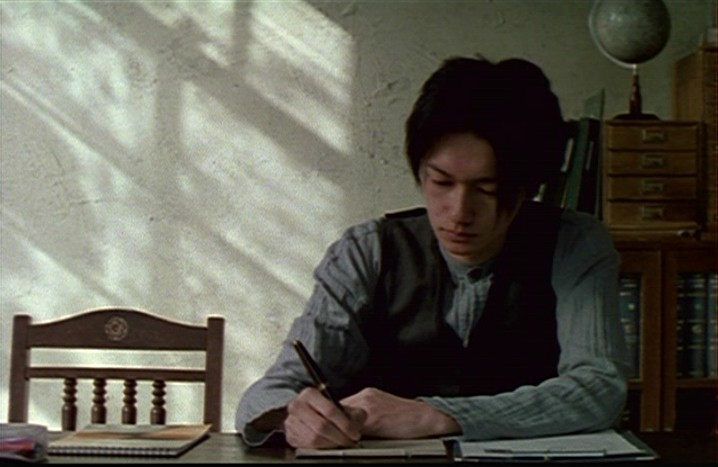 Having earned one four star review from Ebert, Kore Eda secured a second one with After Life in 1999. The film was great enough for him to deem Kore Eda as “one of the great humanists of cinema” and forced him to ponder the values of memories due to how the film not only evoked great emotions but also “deserved them” and compared it to the usual Hollywood equivalent that would discolour such a story through “vulgar, paint by the numbers sentimentality”. It earned comparisons to Bergman and Kurosawa, instantly marking Kore Eda as a filmmaker to watch.

It took Kore Eda six years to direct a follow up and 2005’s Nobody Knows received a three and a half star review from Ebert which would remain a career low for the director and I think we can safely say that is an impressive accomplishment.

He singled Kore Eda out as “the most gifted of Japanese directors” working today and he cemented that status with his 2009 film Still Walking in which he was back to a four star rating and still receiving high praise. Ebert admired the emotions Kore Eda was able to evoke as well as how “he sees intensely and tenderly into his characters”.

Right from the start of his career as a filmmaker It was Guilmero De Toro’s unique and “genuine visual sense” that marked him out to Ebert as a director to watch and one he would admire for several years. One of Del Toro’s earliest films, Mimic, was one that Ebert regarded as being “Surprisingly frightening” and Del Toro’s status as “a master of dark atmosphere” was cemented with his next feature, 2001’s The Devil’s Backbone.

When Del Toro made the transition to blockbuster filmmaking Ebert was impressed at how he had retained his unique visual stylistics and personal connection with each film. He praised Blade 2 as a “brilliant vomitorium of viscera” that had been fuelled by the filmmakers imagination rather than seen as purely a commercial machine.

The same could be said for Del Toro’s other forays into comic book movies when he released Hellboy in 2004 and its sequel Hellboy: The Golden Army. Ebert admired the imagination behind both films, the set design, atmosphere and how it treated ach character with dignity and respect after strongly establishing them. In the end he awarded all three films with the rating of three and a half stars.

Then came what is still regarded by almost everyone as the director’s undisputed masterpiece, Pan’s Labyrinth. He praised it as “one of the greatest of all fantasy films” but admired how Del Toro was able to ground it “within the realities of war”. He adored the potential to interpret and reinterpret the film, as either an out of body experience or an internal escape from the horrors of war.

Less than a year after the films debut it was included in Ebert’s Great Movies collection, becoming the first film to break his unofficial rule of allowing ten years to pass before being included due to both Ebert’s failing health and the strength of Del Toro’s masterpiece.

Despite carrying an immense heritage with Francis Ford Coppola as her father, Sofia Coppola instantly made an impact on the film industry with her directorial debut The Virgin Suicides. Ebert awarded the film three and a half stars out of four and instantly saw the potential in Coppola’s writing and direction that inspired her viewers to see with a new perspective and fresh insight into the world Coppola’s characters occupy.

Like many critics Ebert was astounded by Coppola’s next work, her widely acclaimed 2003 drama Lost in Translation. Ebert deemed the film to be “smart and thoughtful” in his four star review and in the end simply summarised that he “loved this movie”.

Not only has that but like everyone else who has seen the film Ebert pondered what could have been said in that fateful, final whisper. But he also concludes that “We shouldn’t be allowed to hear it. It’s between them, and by this point in the movie, they’ve become real enough to deserve their privacy.”

In 2010 Ebert added it to the Great Movies collection, continuing the same conversation and coming to a similar conclusion. He still admired the staying power of the film and its emotive gratitude towards its own characters that not only makes the audience empathise with them, but turns them into real and complex people.

Coppola’s 2005 film Marie Antoinette remains her most divisive yet Ebert thought otherwise, awarding the film another full four stars. Not only did Ebert admire the film itself but he also reflected upon Coppola’s authorship and how consistent themes throughout her films were allowing them to distinguish her as a unique and talented filmmaker with a distinctive style.

The four star trend would continue into Coppola’s next film. Released in 2010, Somewhere inspired Ebert to write that “Coppola is a fascinating director”. He respected the way in which she once again allowed audiences to confront an issue in an entirely different way and how as an auteur “She sees, and we see exactly what she sees.”

For all of the high profile directors to emerge during the 2000s, it was this American Iranian director of such films as Man Push Cart, Chop Shop and Goodbye Solo that Ebert labelled “the director of the decade”.

Of Bahrani’s first film Ebert wrote that it “embodies everything of Italian Neo-realism” and was astonished by its true and real depiction of immigrant life within New York City. He commented that even the title itself “encapsulates human survival at its most fundamental economic level”.

If Ebert spoke highly of Man Push Cart then he was even more impressed with Bahrani’s follow up, Chop Shop. Not only did it also receive a full four star rating but it was also included in the Great Movies collection less than a year after its release and was named the 6th best movie of the decade by Ebert in 2009.

He regarded the film as “a coming of age story” but also a hard fought lesson of life on the streets and once again centred on New York City, maintaining a consistent theme that would carry on throughout all of Bahrani’s films. 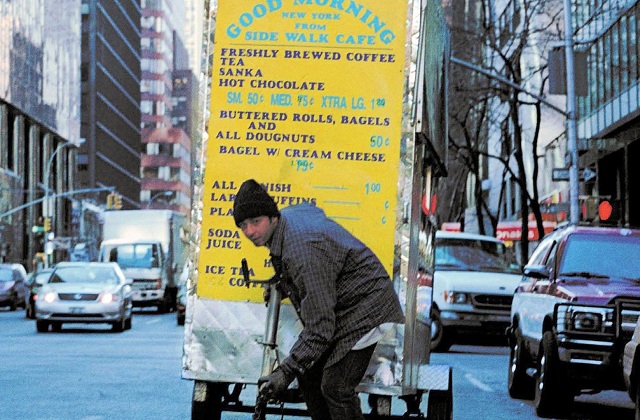 Next came Goodbye Solo and yet another four star review, during which Ebert stated that “Bahrani is the new great American director. He never steps wrong”.

His review concentrates on the relationship between the actors and the directors and how Goodbye Solo stayed true to Bahrani’s consistent theme that continued to permeate his films, in that they are “about outsiders looking into America” and the method in which the director went about summarising this theme collective consciousness represented by unique yet strangely familiar events.

However, Bahrani’s next film diverged from this theme, something Ebert immediately noticed in yet another four star review written in 2013, which notes how this film deconstructs American tropes and icons in a very effective manner.

Ebert noted the relative simplicity of the film but also how that simplicity can merely be an illusion for the more complex and avoided being focussed on just a single topic. “this film doesn’t wrap things up in a tidy package. It is a great film about an American moral crisis.”