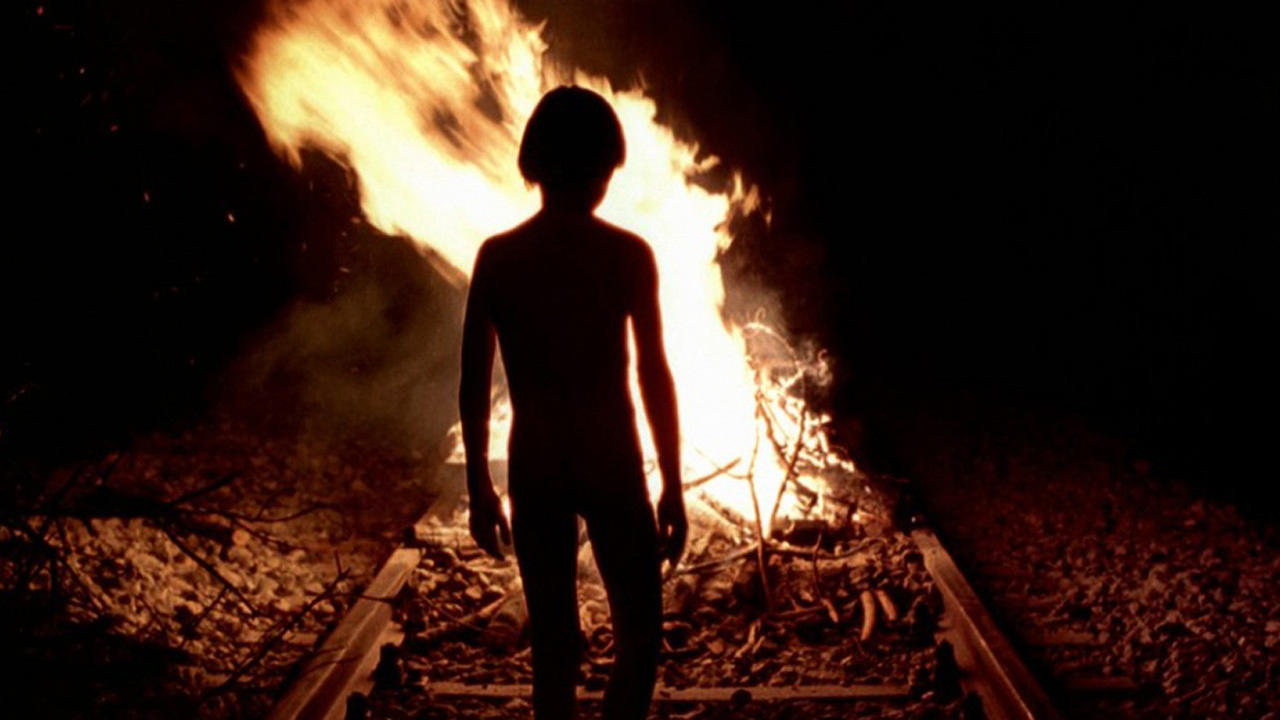 Michael Haneke French dystopian, post-apocalyptic drama follows a family during the aftermath of some undisclosed disaster, which contaminated the water and burned the livestock. Georges, Anne (Isabelle Huppert), and their two children, Eva (Anaïs Demoustier) and Ben (Lucas Biscombe) seek shelter at their country home. However, they discover that it is already occupied by strangers.

The strangers shoot the father and force Anna and her children to leave their home, with no supplies or transport. Despite having just witnessing her husband’s death, she tries her best to go on for the sake of her children, as they scramble throughout the country to find refuge and water. 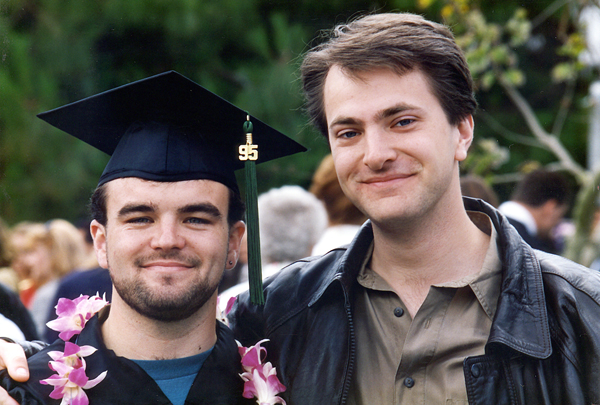 Kurt Kuenne’s heart-wrenching documentary follows the events that led up to and the events succeeding the death of his best friend since childhood, Andrew Bagby, in 2001.

Utilising archival footage from the Bagby Family as well as Kuenne’s own childhood short films, in which Andrew was often the leading man, Kuenne manages to match dialogue from recorded phone conversations, interviews and conversations and effortlessly flesh out Andrew’s character.

Originally thought of as being a film that would serve to capture every facet of Andrew’s personality through interviewing all the people he was close with in his life, the documentary twists into a horrific true crime nightmare.

Kuenne’s efforts to reveal the frustration, injustice and outrage, felt by Andrew’s friends and family pay off as he not only manages to try console his own grief, but gave a voice to David and Kathleen Bagby, Andrew’s parents, who not only managed to survive the atrocities they had to endure, but became activists in order to ensure that no other person would have to go through what they went through. Kuenne donated all profits from the film to a scholarship established in the names of the deceased.

Thomas Vinterberg’s Danish drama follows Lucas (Mads Mikkelsen), a divorced teacher at a local kindergarten and a member of a close-knit Danish community who becomes the victim of mass hysteria after an unfortunate occurrence.

The daughter of Lucas’ best friend, Theo, and one of the kindergarten kids – Klara, develops a sweet and honest crush on Lucas, and gives him a heart-shaped present and a kiss on the lips.

Lucas obviously rebuffs the confused child and Klara’s feelings are hurt. In order to get back at him, she says that she hates him to the kindergarten director, and as she complains she makes comments that lead to the director inferring that Lucas has indecently exposed himself to the child.

Not aware of the massive consequences of her lie that was influenced by something she heard from her older brother’s friend, the lie builds through adults’ confusing, leading questions and presumptions as Lucas becomes shunned by the community and is labelled a paedophile and sexual predator.

Despite the horrific assumptions that ruin his reputation, his job, his relationships and everything else, Lucas stands tall and withstands the hatred and challenges all those who believe he could commit such atrocities.

The film competed at the Cannes Film Festival, where Mikkelsen won the Best Actor Award. It was also nominated for Best Foreign Language Film at the Academy Awards, and Golden Globe Awards. 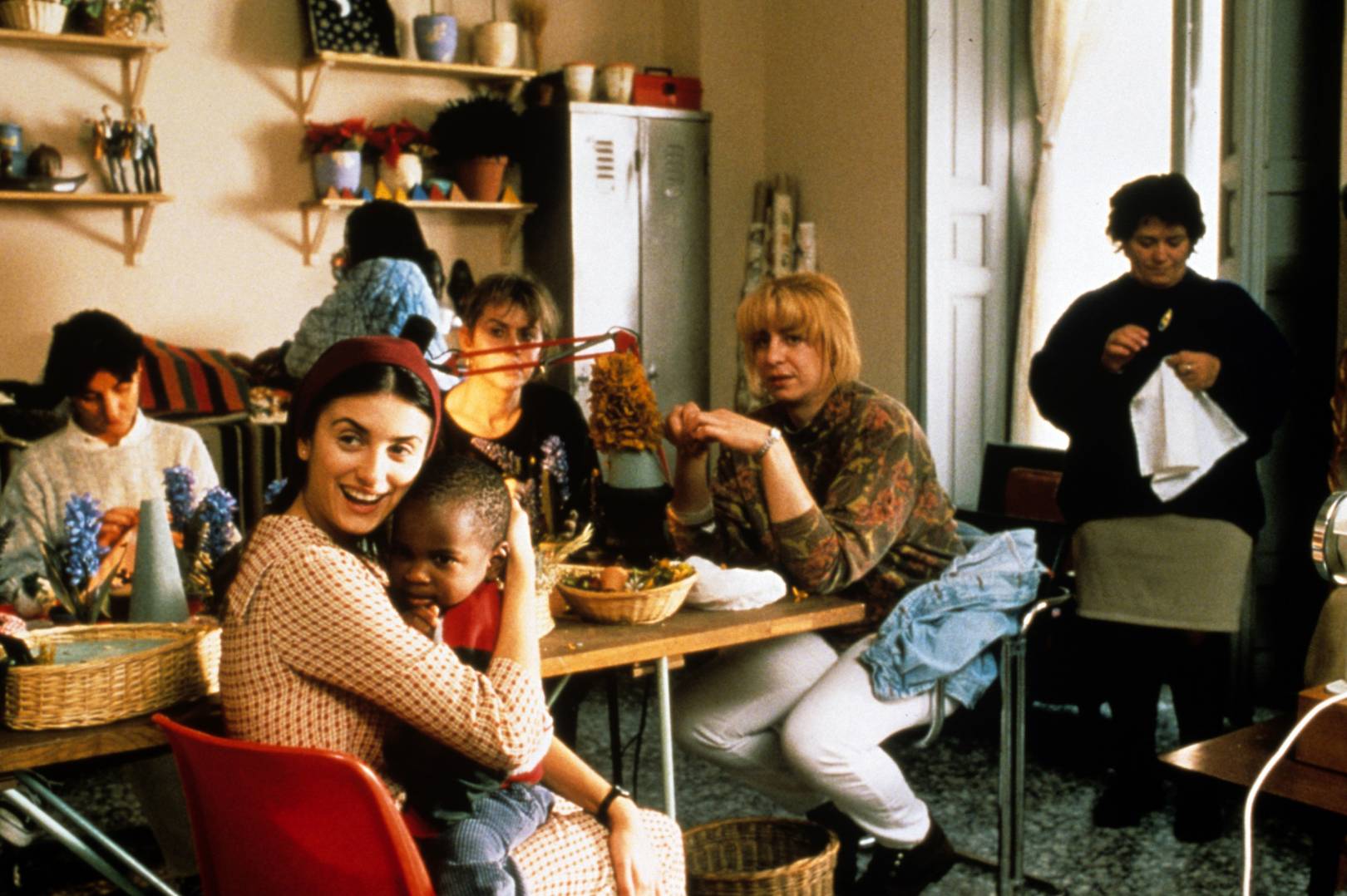 Pedro Almodóvar’s Spanish drama opens through the eyes of the young, handsome Esteban (Eloy Azarin), whose curiosity about his unknown father and close bond with his mother, Manuela (Cecilia Roth), leads him to write all his thoughts down.

For the introduction, one would think that Esteban will be the main character of the tale, however, as the title suggests, the film halts as the Capote-like autobiography is cut short when Esteban is killed on the night of his seventeenth birthday, while chasing after actress Huma Rojo (Marisa Paredes) for her autograph following a performance of A Streetcar Named Desire.

The story then shifts to the grieving Manuela, who travels back to her hometown of Barcelona in order to follow Huma’s performances and escape her son’s ghostly reminders.

She finds herself reunited with her old friend Agrado (Antonia San Juan), a witty transsexual prostitute and deals with the loss of her child through caring for others. She finds herself becoming a den mother to Rosa (Penélope Cruz), a pregnant nun who is HIV positive and who works in a shelter for battered prostitutes.

She also becomes the personal assistant to Huma Rojo, the actress her son had admired; and the understudy to Huma’s drug-addicted co-star and lover Nina Cruz (Candela Peña). As the twisting melodrama develops, the film poses the question, is a mother still a mother if she no longer has any children?

True to Almodóvar tradition, the film focuses on the strength of femininity, gender-bending roles, and sincere coincidences. The film can be seen as a homage to the great “All About Eve”, with the addition of the colourful set decoration and the expressive acting that blurs the line between soap-opera exaggeration and the uncut brutality of emotion.

The Apu Trilogy comprises three Bengali films directed by Satyajit Ray, made on a shoestring budget and are often considered to be the greatest movies in the history of India, and the world.

Beginning with “Pather Panchali” (“Song of the Little Road”) (1955), followed by “Aparajito” (“The Unvanquished”) (1956) and concluding with “Apur Sansar” (“The World of Apu”) (1959), the films are based on two classic Bengali novels written by Bibhutibhushan Bandopadhyay.

Shot in natural settings with non-professional actors, the three films comprise a “coming of age” that revolve around Apu, a young boy in “Pather Penchali” who lives in a small Bengali village with his parents – Harihar Roy (Kanu Banerjee) and Sarbajaya Roy (Karuna Banerjee), his sister Durham, and an aged, crooked old aunt who expresses a keen interest in fruit.

Living in the cusp of poverty, the father struggles to get paid for his work, and the family endures more than its fair share of misfortune. Throughout the films, Apu grows up from a young boy to an adult with problems of his own that he must face. However, while Apu is a resilient protagonist, his mother conveys a wealth of raw emotion in her struggles to survive, to provide and to simply handle the cards she has been dealt.

The trilogy is a milestone in Indian cinema for its realism and remains one of the most acclaimed works in the Parallel Cinema movement. Satyajit Ray completely altered Western notions of Indian cinema, which were mostly dominated by formulaic musicals.

The three films went on to win many national and international awards, including three National Film Awards and seven awards from the Cannes, Berlin and Venice Film Festivals. Karuna was also nominated for Best Actress at the BAFTA Awards for her performance in “Aparajito”.

Lars von Trier’s Danish English-language musical drama follows a Czech immigrant factory worker Selma Ježková (Björk) in 1964, who suffers from a degenerative eye condition which will eventually make her blind and is hereditary.

While she saves up to pay for an operation to prevent her young son, Gene Ježek (Vladica Kostic), from suffering from the same disease, she slips into musical trances where she imagines the people around her have burst into elaborate numbers to the rhythm of real-life noises.

Despite living in poverty in a rented trailer home on the property of town policeman Bill Houston (David Morse) and his wife Linda (Cara Seymour), Selma is ridiculously optimistic and sweet as she bonds with her friend and co-worker, Kathy (Catherine Deneuve), at the movies (where Kathy explains what’s happening to her almost blind friend and is also pursued by her shy co-worker Jeff (Peter Stormare).

Von Trier’s melodramatic tale is shot with a handheld camera, which is reminiscent of his Dogme 95 days. This film marks the third entry in von Trier’s “Golden Heart Trilogy”; following “Breaking the Waves” (1996) and “The Idiots” (1998).

The film premiered at the Cannes Film Festival to polarising opinions, but nevertheless gained standing ovations and was awarded the Palme d’Or, as well as the Best Actress award for Björk. Björk’s song “I’ve Seen It All” was also nominated for an Academy Award for Best Song.

Set in Paris, Julie (Juliette Binoche) must cope with the sudden death of her husband and child who were killed in a car accident which she survived.

While recovering from the injuries she sustained , she attempts to kill herself by overdose but is unable to swallow all the . She cuts herself off from her friends and her past life and tries to live in seclusion away from reminders and memories, but despite her efforts, she is still drawn back to reality by her husband’s unfinished musical work and his apparent mistress.

This mysteriously oblique and haunting tale follows her withdrawal and her resilience in the face of trauma and revealed secrets through evocative cinematography and a perceptive script.

Inspired by Leo Tolstoy’s 1886 novella “The Death of Ivan Ilyich”, Akira Kurosawa’s iconic Japanese drama follows middle-age Tokyo bureaucrat Kanji Watanabe (Takashi Shimura) as he comes to terms with being diagnosed with stomach cancer and breaks free from his monotonous life and searches for excitement in a nightclub with a kind stranger, the source of vitality and joy with the help of his young female subordinate, Toyo, and finally looks for one last chance to make a difference by overcoming the stagnation of be bureaucracy and build a children’s playground.

Although best known for his samurai epics, Kurosawa’s shift in genres conveys the importance of his humanist message as he seeks to make the protagonist as common and as ordinary as possible in a world where time just passes by.

Kurosawa’s low-key pacing, dramatic irony and emotional close-ups is highlighted by the brilliance that is Takashi Shimura’s facial expressions that shake the audience as he only starts thinking about living once he discovers that he is dying. His strange behaviour and the secrecy of his illness create a puzzle to those close to him as periodic shifts in the timeline reveal the aftermath of his rebirth.