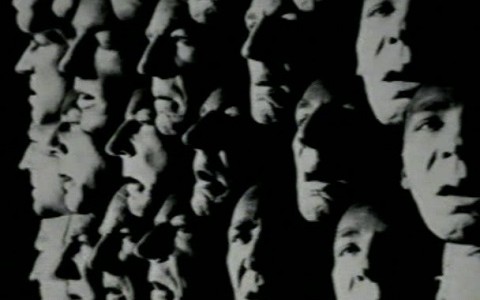 Split is another 1984-inspired movie on this list. Its plot is so dense and hectic that the movie is at times hard to follow, almost as if its creator tried to cram literally all of his ideas into an 85 minute long psychedelic stream of consciousness.

Still, the movie manages to deliver a somewhat coherent critique of conservative paranoia, illegal government surveillance, unethical methods of suspect questioning and mass media as the transmitters of filtered messages.

The movie features a Big Brother-like security force which controls all mass media and the actions of all citizens. A young man named Starker inexplicably escapes the government’s obligatory census, and the security agents realize that his profile is missing from the government’s records, so they are unable to track his whereabouts. They are trying to hunt him down, convinced that he is planning a terrorist attack.

Starker changes countless identities throughout the movie, and meets surreal characters who are trying to overthrow the system. At one point it becomes apparent that he is perhaps psychotic, as the psychedelia of the movie increases to the point at which the viewer can’t distinguish reality from delusions.

Blade Runner is definitely one of the most influential sci-fi movies ever, and it is ingeniously subversive in presenting an ominous dystopian future which is a result of a mutating capitalist system. It also cleverly questions the ethics of artificial intelligence and the advent of the digital age.

The movie is set in a bleak and insanely overpopulated Los Angeles of the future, which exhibits a striking lack of governmental infrastructure. Social hierarchy is outlined through an obvious pyramidal structure: minorities, subcultures and regular citizens reside in the trash-filled and overcrowded lower levels of the neon-lit megalopolis, corporate executives occupy the more spacious upper levels, while Eldon Tyrell, the founder of the omnipresent Tyrell Corporation, lives alone in a vast penthouse on top of a ziggurat-like structure. His home on the literal top of the pyramid emphasizes the gargantuan gap between the one-percenters and the rest of the society.

The narrative follows Deckard, a blade runner, the hunter of stray replicants; android servants who rebelled and abandoned their duties to experience freedom. Replicants are a product of the Tyrell corporation which cooperates with the futuristic police to hunt down the escaped ones. In fact, the police serves the interest of the corporation and is portrayed almost as a private security force.

The main theme of Brother From Another Planet is the unfavorable position of immigrants and minorities in the predominantly nationalist United States of the 1980’s. This at times poignantly comical indie movie is the summary of what was wrong with the nationalist approach to the rights of immigrants and minorities, and its potent insider perspective still carries immense weight in a time when abhorrent laws are passed throughout the globe to stop the influx of refugees and immigrants.

The narrative follows Brother, a mute alien who arrives to New York City and assumes the form of a black man. He tries to find work to support himself, but is constantly rejected because of his muteness and rugged appearance.

The only things that separate him from the regular human population are his feet, which have three large toes each, and his telekinetic powers. He uses his powers to read the minds of the people, and realizes that immigrants and minorities have a hard time surviving in the United States.

Furthermore, Brother realizes that agents from his home planet came to Earth and disguised themselves as white men in black suits. They cooperate with the United States government, and their mission is to apprehend the Brother and bring him back to his home planet, which he fled to look for a more civilized world.

Carpenter’s films prior to They Live were slasher flicks like the Halloween franchise or Lovecraftian horror classics like The Fog and Prince of Darkness. They Live departs from his usual modus operandi and presents an explicit and disenchanting summary of the decade which brought the rise of conservatism and neoliberal capitalism.

John Nada, a homeless drifter in Los Angeles, finds a pair of unusual sunglasses. He puts them on and realizes that bankers, TV hosts, salespeople, corporate executives, police officers and high-ranking government officials have been replaced by ill-intent aliens, and that all advertisements, posters and billboards around the city hide subliminal messages that urge to “consume”, “obey”, “conform”, and “marry and reproduce”, while the signs on dollar bills say “this is your god”.

Nada joins the underground resistance movement and ultimately manages to destroy the transmitter which was used to transmit the illusion to oblivious citizens, and he learns that the alien usurpers were helped by human collaborators in exchange for wealth and power.

The theme of alien possession or abduction has been a crucial part of science fiction since the emergence of the genre, and it often served as a vessel for sociopolitical commentary.

For instance, William Cameron Menzies Invaders from Mars (1953) fueled the anticommunist paranoia of the Carter era through ideas of infiltration and espionage, while Don Siegel’s canonical Invasion of the Body Snatchers (1958) promoted a critical perspective on the same issue. Still, hardly and film prior to They Live featured such an explicit commentary. 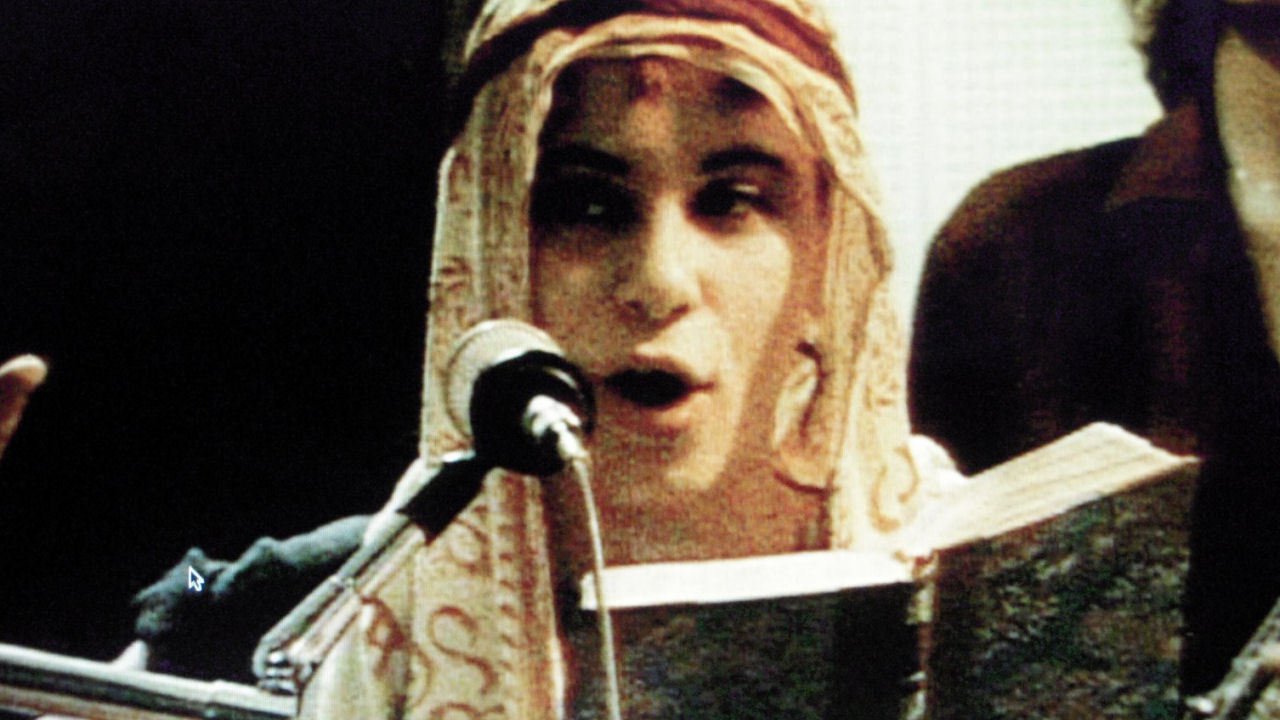 Born in Flames is a pseudo-documentary gem of indie cinema. It is set in New York City, ten years after the fictional “Social Democratic War for Liberation”, a peaceful revolution during which the capitalist system was overthrown and the United States became a social democracy. However, the film postulates that a patriarchal strain is embedded so deep in the cultural system that not even an anti-capitalist revolution managed to dismantle it.

The film follows a group of mixed-race female activists (one of them played by young Katherine Bigelow) who are outraged by the mysterious death of their friend Adelaide Norris, who joined a women’s resistance movement in the Spanish Sahara. She died in police custody upon returning to New York, and the police claim she committed suicide, but it is obvious that the real cause of her death was covered up by authorities.

The women use guerilla radio stations to broadcast their messages to listeners across America, but when their radio stations inexplicably burn down and the president of the United States proposes that women should be paid to perform household duties, the women embrace the militant strategy of the fictional Women’s Army and destroy a public broadcast antenna on top of the World Trade Center.

Most sci-fi movies that criticize the capitalist systems are set in dystopian societies of the future in which capitalism morphed into morbid incantations; these films suggest that a revolution would be necessary to redefine the system. Many of these films indeed end with a revolution, but we rarely see the consequences of this revolution.

The approach of Born in Flames is innovative, as the films depicts a society in which a peaceful revolution already overthrew the capitalist system, and the newly established system is supposed to be classless and harmonious.

Borden warns that the sole act of revolution is not enough for a system to be redefined; redefinition of the system would work only as a result of a thorough and carefully planned revolution. Therefore, the women of Born in Flames struggle to fix the consequences of an incomplete revolution, while the majority of the public is content with only the economic circumstances being slightly different.

Author Bio: Domagoj is a misanthropic young drifter who lives in Zagreb, Croatia. His favorite things in life are pizza and dogs.