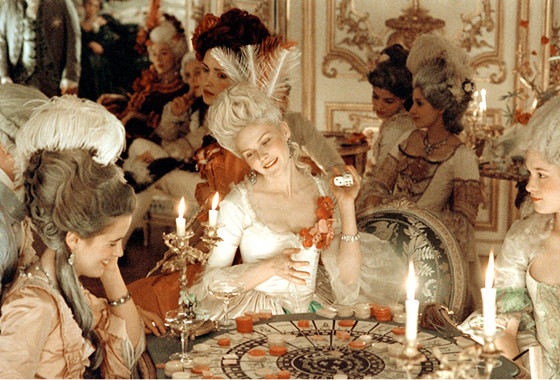 In Coppola’s impressionistic, postmodernist, pop biopic of the Austrian-French monarch, the nature and the essence of this very special film are perfectly portrayed in the sequence that depicts the Queen’s 18th birthday party, in which, with the iconic “Ceremony” by New Order (made even more iconic by its usage in this movie) being played in the soundtrack throughout, we see the birthday girl and all the members of the Royal Court at Versailles drinking Champagne, eating Ladurée macarons, cake and all kinds of deluxe sweets, dancing, talking, gambling, laughing, etcetera, with the Queen enjoying herself and asking her husband, King Louis XVI, to stay and go watch the sunrise with her and her friends when he tells her it’s too late and he’s going to bed.

As the King declines the invitation, and the Queen continues to gamble, she finally go outside to the Gardens of the Royal Palace to run around laughing with her aforementioned friends, finally stopping at the edge of a lake and sitting to watch the sunrise, smiling, and turning her head to show us how that sunrise reflects on her face and eyes.

It’s a montage that shows Marie Antoinette abandoning herself to material pleasures to fill the voids in her internal, emotional life, while trying to take pleasure in simple things as well, like the sunrise. It’s a big contrast to what’s to come, the homage that’ll be discussed next and the way everything ended for the protagonist. 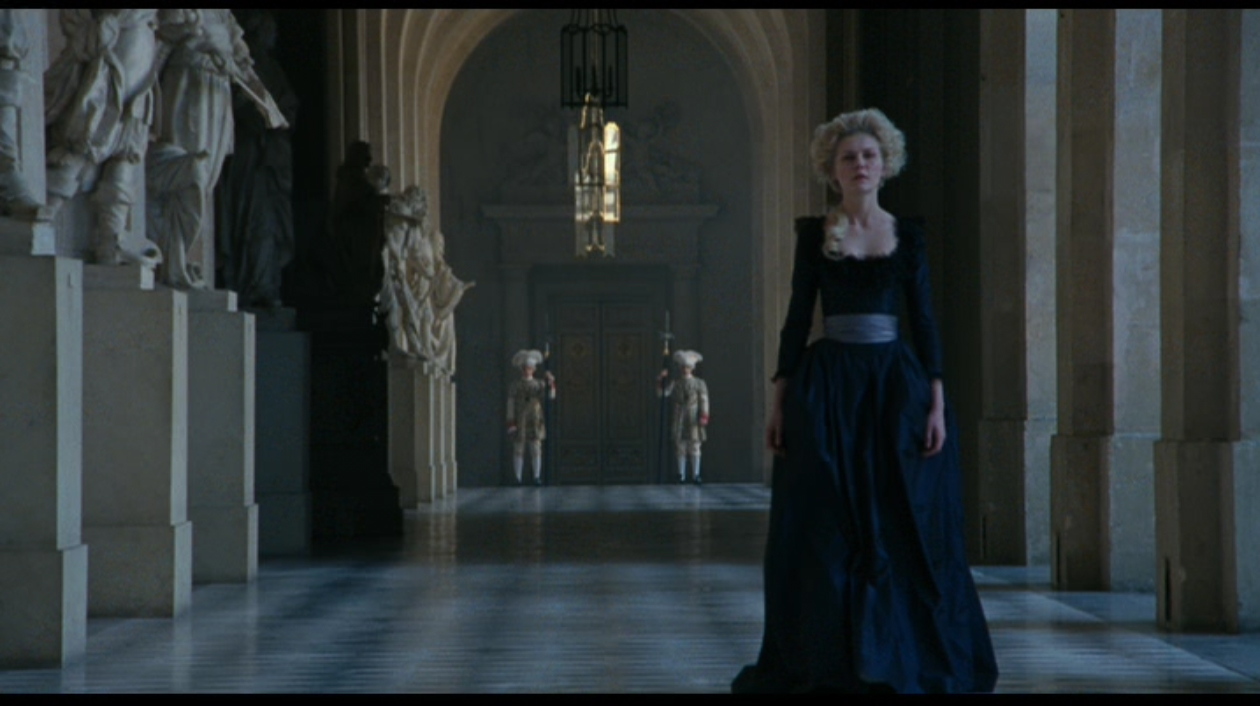 It’s in the film’s second half when things start to go from bad to worse. In another montage, one that’s completely different from the one previously mentioned and set to contrast it; set to the beautiful and incredibly sad, melancholic and grieving aria “Tristes Apprêts, Pâles Flambeaux” from the opera “Castor Et Pollux” by Jean-Philippe Rameau, performed by Agnès Mellon with Les Arts Florissants, we see Marie Antoinette in the aftermath of the death of her mother, Empress Maria Theresa of Austria, already a mother to her firstborn, Princess Marie Thérèse of France.

The aria starts with a shot of Versailles facing the sunrise. Marie Antoinette has just given birth to a son, a male heir to the throne, Dauphin Louis Joseph of France, and the baby boy’s birth is celebrated by the entire Court. Time passes and the Dauphin is already able to walk as we are shown a portrait of the Queen with both her children being painted.

Then, we are shown one of the portraits of the Queen being defaced repeatedly, scapegoating her for all the problems and suffering of the French people that led to the Revolution, followed by an opera performance at the Opéra Royal of Versailles, at the end of which the protagonist, against the custom of the French Monarchy of the time, claps, just like she did early in the film with everybody following her after. This time however, nobody else claps and all only look at her with scorn and whisper.

Later, the second daughter of the King and Queen, Princess Sophie of France, dies, and we see the funeral ceremony with butlers carrying the small coffin and loading it into a carriage to be taken away to be buried.

Marie Antoinette, devastated, stares into the distance as she says her last goodbyes to her daughter and then takes Dauphin Louis Joseph into her arms, who begins crying. Afterwards, we see the Queen dressed in mourning attire, pale and distraught, walking down one of Versailles vast corridors, as if sleepwalking, finally stepping out to the gardens to only keep walking. Finally, she lays in a bed embracing Princess Marie Thérèse.

7. Johnny Got His Ferrari 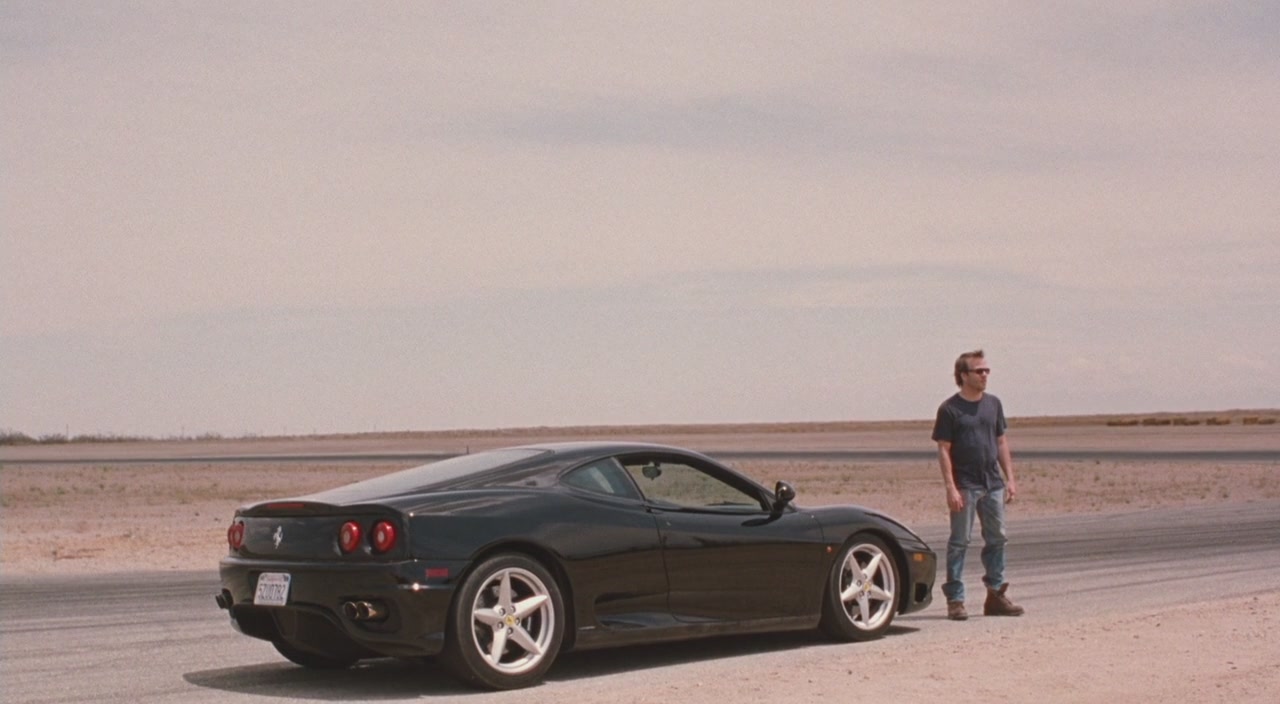 Coppola’s second best film starts with a static shot of the protagonist, Hollywood heartthrob Johnny Marco, inside his black Ferrari Modena, driving very fast in circles somewhere in the California desert. He completes four full circles before stopping the car, stepping out, walking and looking completely beguiled into the distance.

All in a single static shot that lasts exactly 130 seconds. It’s a perfect metaphorical amalgamation of the themes and situations the film will explore during its running time; Johnny just going through the motions over and over repeatedly, inside a world that apparently is full of pleasure, thrills, privilege and fun, but not for him, and simply looking at life as an stranger, alone and beguiled.

Later in the film, Johnny’s 11-year-old daughter, Cleo, pays him a visit at the room where he’s living at the beautiful Chateau Marmont. The visit is due to an event Cleo has prepared for her beloved father to see.

Johnny, being a Hollywood star, hasn’t paid enough attention to her daughter, always lost, distracted, too preoccupied with his own sadness and dissatisfaction to ever see what’s around him and not noticing or acknowledging the really important things in his life, leaving Cleo’s raising entirely up to her mother, his former wife.

The surprise Cleo has prepared for Johnny is a demonstration of her abilities as a figure skater, as she’s been taking lessons for three years, to Johnny’s absolute lack of knowledge.

Cleo skates to a pop song and at first Johnny pays more attention to his phone than to Cleo, but suddenly that begins shifting, with Johnny (portrayed by Stephen Dorff) being truly surprised and amazed, getting actually moved by it, his face gradually expressing pain and regret for all that he’s forsaken and at the same time, a father’s pride, joy and bewilderment at looking at his daughter growing up and showing talent, motivation and passion for something and excelling at it, something he hasn’t experienced himself.

9. A Look From A Distance 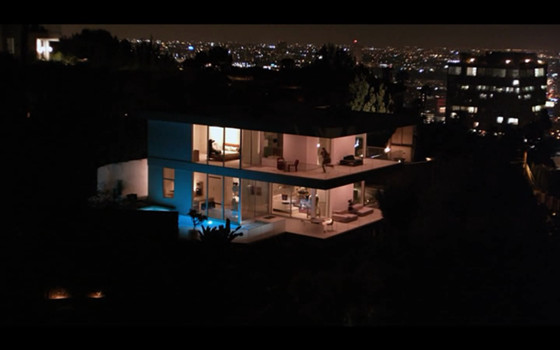 The New York director’s latest film, based on the article “The Suspects Wore Louboutins” written by Nancy Jo Sales, portrays the real story of the infamous “Bling Ring”, a gang of privileged, upper-class high school teenagers (with their real names changed) who are obsessed with fame, fortune, all kinds of expensive things, and popularity from Los Angeles, who over several months, broke into and robbed celebrities’ houses of money and diverse goods valued at over $3 million.

The leader and mastermind of the gang and its doings is Rebecca, who manipulates the insecure, naïve, lonely, self-loathing and shy Marc into researching the locations of the various mansions online so they can all go and rob them.

In the middle of the film, one of these break-ins and robberies, at the house of Hollywood celebrity Audrina Patridge, is portrayed in a single extreme long shot lasting exactly 113 seconds very late at night, during which Rebecca and Marc break in the fully windowed mansion built in the mesmerizing Los Angeles hills, and proceed to rummage through it and steal in real time, finally escaping, while the camera gradually and very slowly dollies in, and the soundtrack is composed solely of crickets, dogs’ barks, coyotes’ howls, police sirens and airplanes engines, showcasing the immense talent of the late, great Harris Savides, to whom the film is dedicated.

The perfect distillation of the film, its themes and presentation, and Coppola’s intentions with and reasons for making the film, as well as the style of the filmmaker’s entire oeuvre. 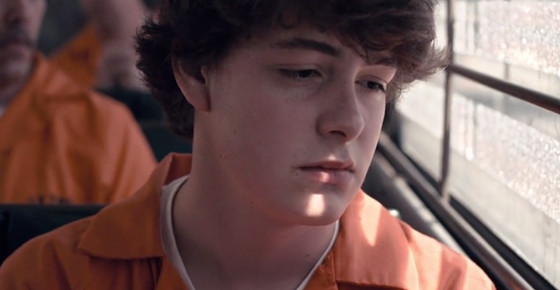 At the end, we see Marc dressed in an orange prison uniform, shackled at his wrists and ankles being led in a line along with several criminals, all shackled to each other as well, terrified as he’s being taken to prison, a place where he’s obviously not prepared to be.

As the line advances, the prisoners start getting onto the bus that will take them to the prison. Marc enters and sits. The bus starts, the doors close and Marc begins his journey to prison. Inside the bus, we see him seated next to a window, looking out, completely defeated, having lost everything and filled with regret; almost crying. A painful and quietly sad and grim ending.